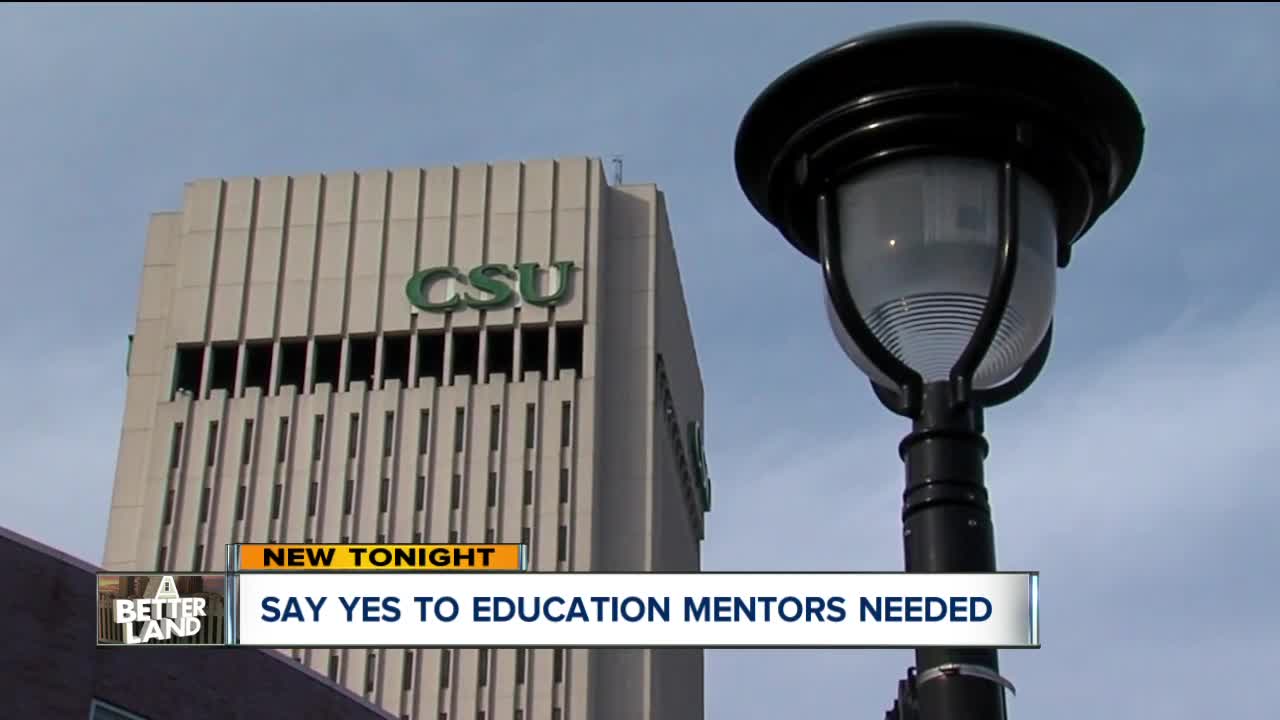 The College Now program that introduced the women also helped Cleveland land Say Yes to Education in January. It will help cover tuition for Cleveland students through scholarships that are available for the first time this year. 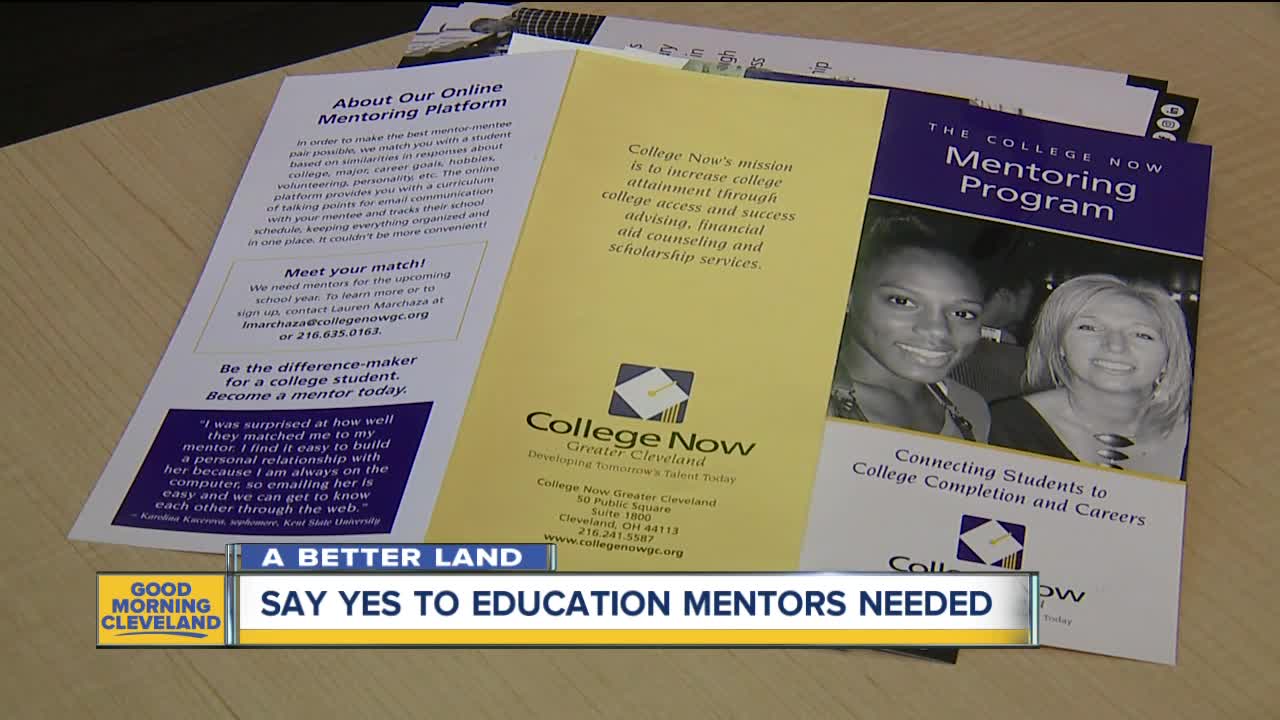 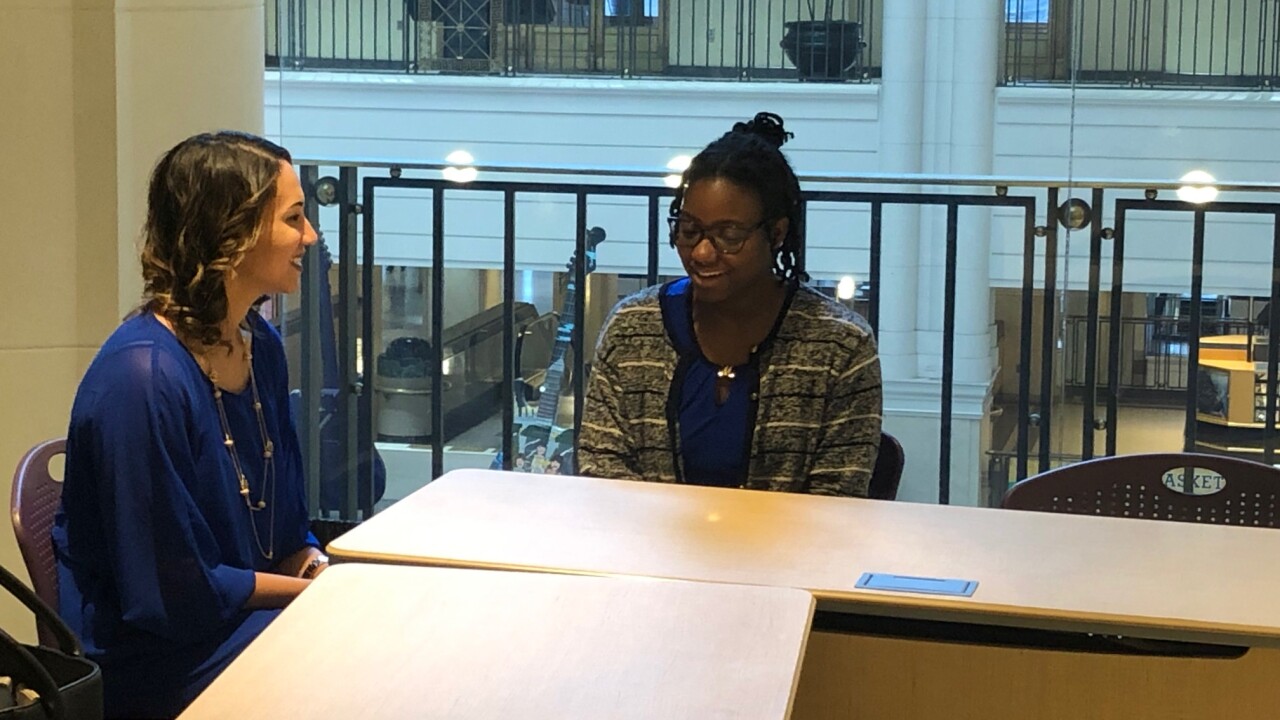 CLEVELAND — When Gabriela Hubbard and Jahci Perry-Richardson were paired up as mentor and mentee three years ago through College Now's mentorship program, it didn't take long to find out it was a good match.

"It was perfect, I mean Jahci and I just kind of hit it off and we started talking," said Hubbard. 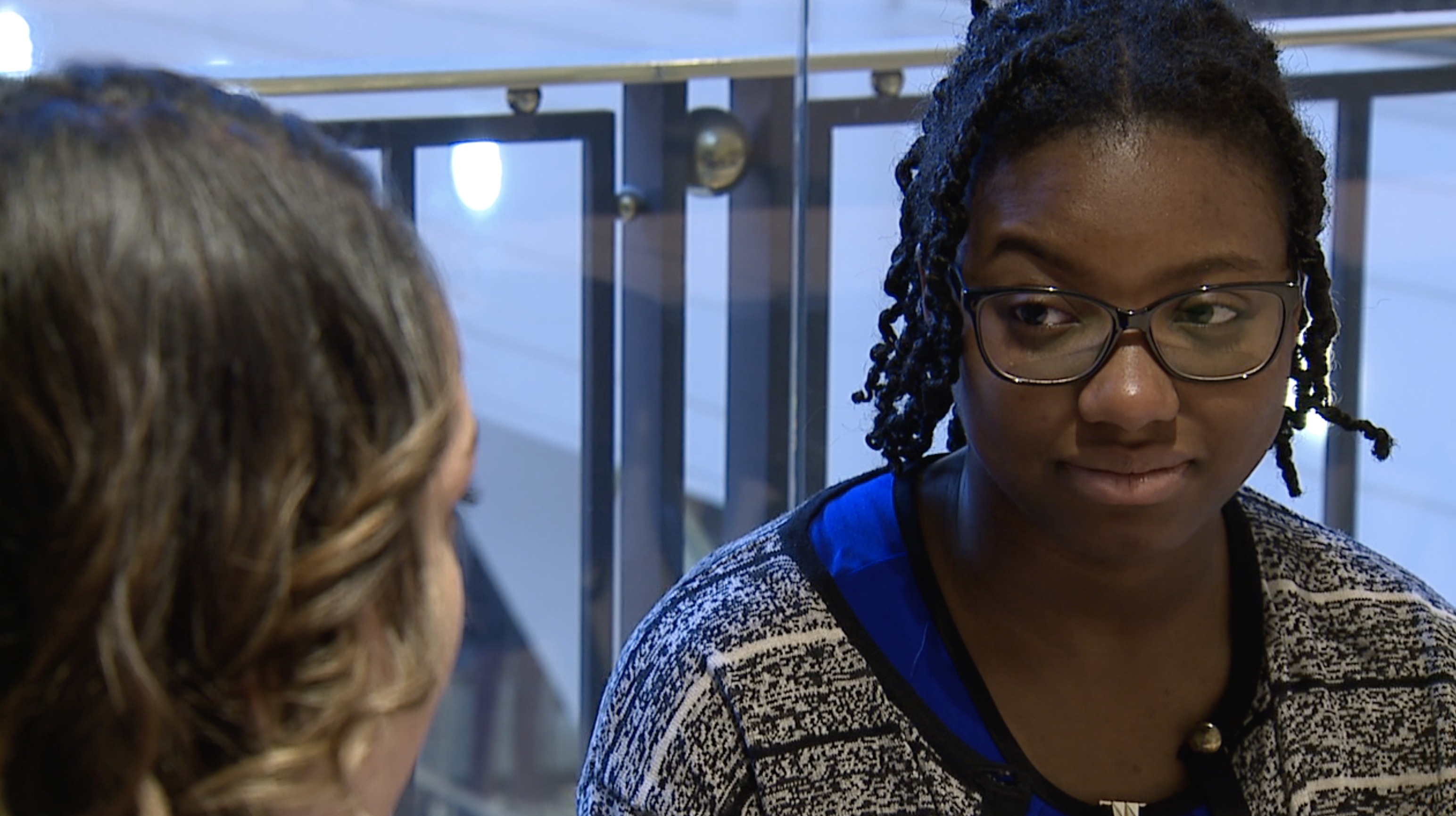 Perry-Richardson is in her second year at Case Western Reserve University while Hubbard is getting her Masters while working full time.

Juggling busy schedules and finals around the same time brought them together.

"Talking about stress and time management with her as been beneficial," said Perry-Richardson. "More beneficial, I'd say, than talking about it with my mother who is not in college currently." 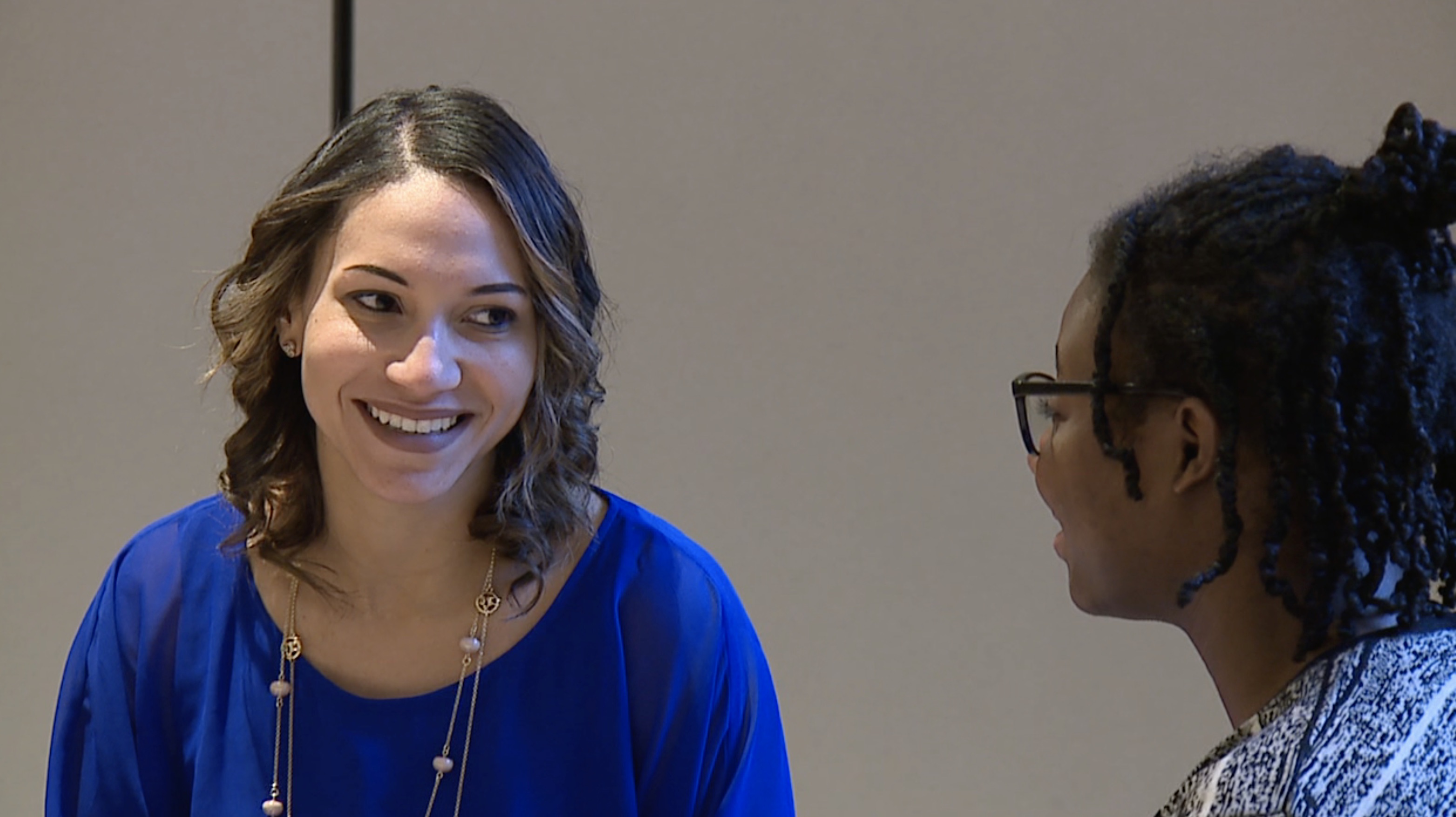 Gabriela says she's able to be a mentor while also working full time and getting her Masters.

The College Now program that introduced the women also helped Cleveland land Say Yes to Education in January. It will help cover tuition for Cleveland students through scholarships that are available for the first time this year.

"Our first full cohort is going into their fifth year," said Durham. "79 percent of them have either graduated or are still enrolled in college."

Durham says across the county only about 50 percent of college students graduate and even fewer low-income students get their degrees. College Now has been beating national trends, helping a little more than 300 students in each of the last six years.

"We've managed to make our goals every year," said Durham. "The problem is this is basically tripling our goal so we have to access new avenues." 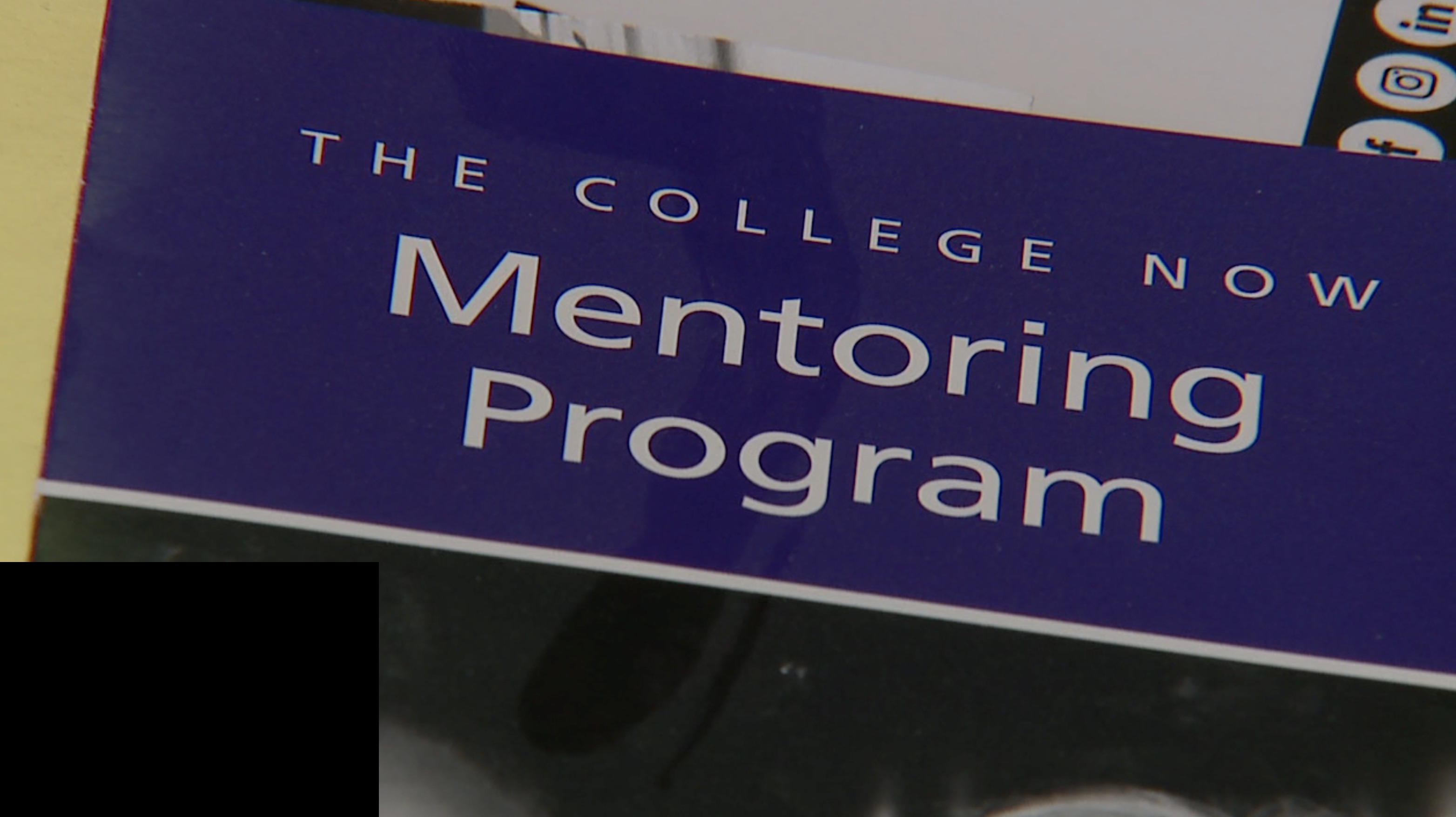 With Say Yes to Education students coming into the fold, College Now needs 1,000 new mentors each year so they can find matches for an estimated 900 students. Most of those students won't have guidance from parents or older siblings who have been through college before, making mentors that much more important.

"I think a lot of times, family members or friends think that once kids get into college, that's it, they made it," said Hubbard.

Hubbard says there is still plenty of obstacles that pop up once college students are enrolled and Say Yes to Education students sometime falter in other cities where the program has been working. 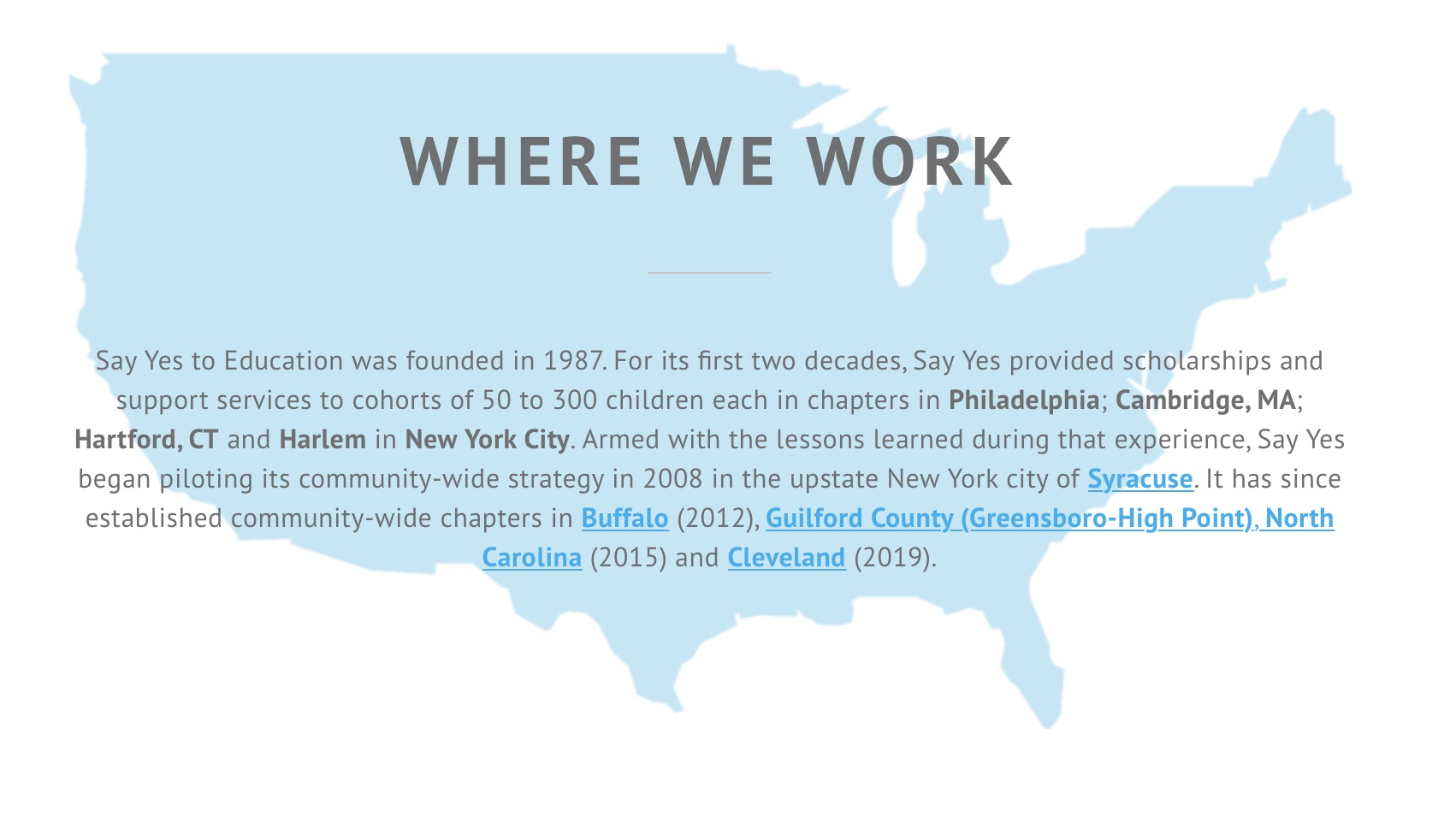 This map from Say Yes to Education's website shows where the scholarship program is currently working.

In Buffalo, the Buffalo News found that Say Yes to Education is sending more students to college than before, bu that half were still dropping out before graduating. College Now's mentorship program could be what helps Cleveland students graduate at higher rates than the national average.

"That's where I kind of step in and help her through those things that not everyone things about," said Hubbard.

You can sign up to be a mentor here.