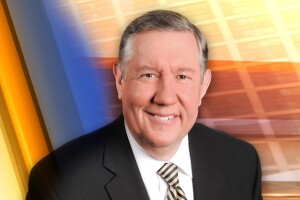 Memorable Stories: Ron serves as Chief Investigative Reporter for the “5 On Your Side Investigators," the largest award-winning investigative team in Cleveland.

Over the last two decades, his reporting includes Cleveland’s most high-profile events, from the Cuyahoga County corruption scandal to serial killer Anthony Sowell convicted of hiding the bodies of 11 women inside his home, as well as the release of three young Cleveland women held hostage for ten years by serial abuser Ariel Castro.

With more than four decades of experience, Ron’s work has been honored with one of the nation’s most distinguished recognitions – the George Foster Peabody Award for Excellence after uncovering the link between radiation exposure and cancer among veterans.

In addition, Ron was awarded a National Headliner Award for his investigation into a for-profit hospital chain that threatened to close a landmark Cleveland hospital.

His award-winning investigations have freed an innocent man from prison, changed state laws making it easier to donate pharmaceuticals to nursing homes and required public disclosure of inspection reports of service providers for the disabled on a state web portal.

On a national level, congressional hearings were held following Ron’s investigation into widespread construction defects inside a nuclear power plant that was ultimately shut down and closed. The U.S. Food & Drug Administration increased warnings after one of the most widely used antibiotics was found to contribute to severe side effects.

Ron’s investigations have exposed corruption and fraud and directly resulted in prison sentences for a cosmetologist performing illegal medical procedures, the arrest and conviction of the man behind one of the largest housing fraud scams in Ohio history, as well as a federal investigation into a physician ultimately convicted of selling illegal painkillers.

For his body of work, Ron was recognized by Penn State University’s Donald P. Bellisario College of Communications with its 2018 Outstanding Alumni Award for excellence in the field of communications for significant contributions to the profession and exemplary reputation among colleagues and students within their community.

Ron is the recipient of the Lower Great Lakes Regional Emmy Chapter “Silver Circle Award” recognizing significant contributions to the television industry as well as commissioned a “Kentucky Colonel “ —the highest title of honor by the Commonwealth of Kentucky for his investigative reporting.

Finally, an investigation that gained national prominence was ultimately turned into the HBO Emmy-winning movie detailing a suburban mom intent on hiring a hit man to murder her daughter’s cheerleading rival.