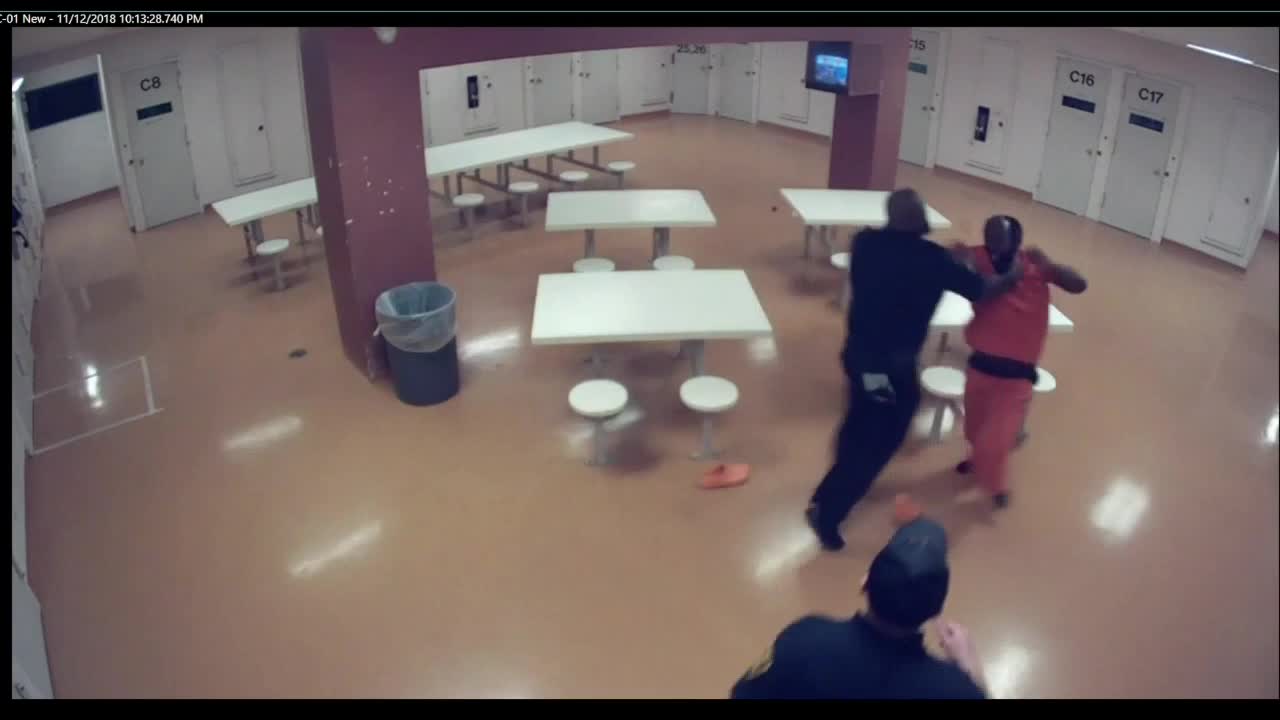 Another Cuyahoga County jailer has been busted for using what administrators called “excessive force” against an inmate. 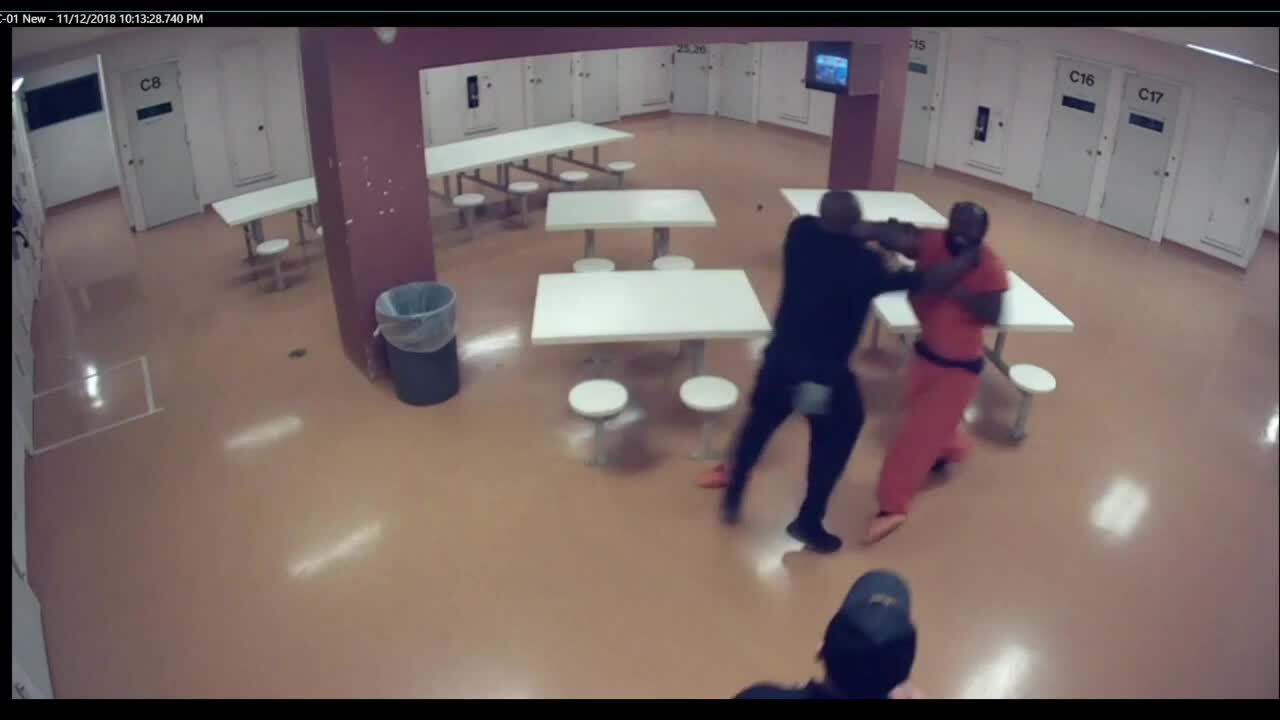 CLEVELAND — Another Cuyahoga County jailer has been busted for using what administrators called “excessive force” against an inmate.

The incident happened last November inside the jail’s mental health unit—just days after the U.S. Marshals review team wrapped up their inspection that later called the jail “one of the worst in the country.”

The video, captured on Nov. 12, shows the inmate and corrections officer Charles Enoch talking. According to records obtained by News 5 On Your Side investigators, Enoch told supervisors the inmate was singing, disturbing others.

The jailer said he ordered the inmate to go to his cell, but video of the incident shows Enoch push the inmate and hit him in the face and then punch him repeatedly. Enoch then puts the inmate in what supervisors called a choke hold, until help arrived and placed the inmate in a restraint chair.

Enoch told supervisors that the inmate has a history of assaulting others.

The inmate suffered a broken wrist during the incident.

Enoch was given a 20-day suspension for using excessive force, failing to document the use of what supervisors called an unauthorized restraint hold and failing to properly de-escalate the situation.

As of Friday, the jailer hasn’t been charged with any crime. But nine other current and former Cuyahoga County Jail employees are facing charges for various reasons since the start of 2019.

The Ohio Attorney General’s Office says its investigation into the jail continues.

You can read more on News 5 Cleveland's coverage of the Cuyahoga County Jail and its issues, here.