Some defects could cause crashes

A surplus auto auction operated by an Ohio agency that oversees the state’s vehicle fleet is failing to disclose serious safety defects to potential buyers.

A surplus auto auction operated by an Ohio agency that oversees the state’s vehicle fleet is failing to disclose serious safety defects to potential buyers.

Six times a year, the Ohio Department of Administrative Services (DAS) auctions off hundreds of state-owned vehicles that are either damaged, at the end of their life cycle for government use or seized by law enforcement.

But a 5 On Your Side investigation found potential buyers are being misled through windshield stickers on surplus vehicles that claim, “no known defects.”

The same windshield sticker does, however, alert buyers that vehicles are being sold “as is” with “no warranty” and includes details of scratches and dents. 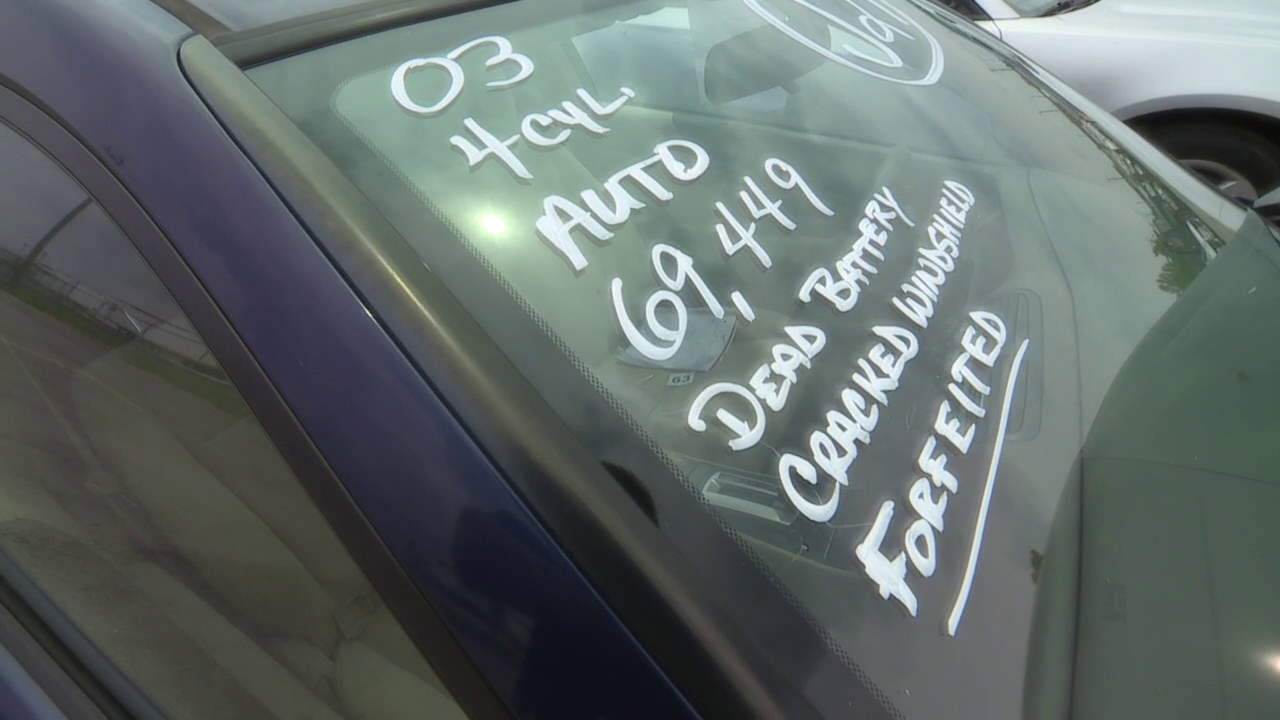 But it fails to alert buyers of serious defects by deceptively claiming there are “no known defects” that state fleet officials are routinely alerted about by the nation’s federal auto safety agency.
Ohio operates a fleet of 13,000 vehicles used by everyone from designated drivers in state agencies to the Ohio Highway Patrol that relies on hundreds of Dodge Chargers — a popular vehicle at state auctions.

MORE: See if your vehicle has any active recalls here.

We compared a state database of all state-owned vehicles with recalls maintained by the National Highway Traffic Safety Administration (NHTSA). Our analysis found 2,031 had serious safety defects.

At one recent auction, we found 53 out of 236 vehicles being auctioned had serious safety defects when matched against data obtained from the NHTSA.

We uncovered some vehicles that purported to have “no known defects” in fact had:
· air bags that may not work
· faulty cruise control mechanisms that could cause a vehicle to crash as well as doors that open while driving
· possible gear shift malfunctions
· steering wheels that could fall off

Recall notices issued by the NHTSA are routinely sent to fleet managers and are easily verified either through NHTSA’s vehicle recall database or commercially available services, like Carfax, which specializes in backgrounding a vehicle’s safety history through a website or app that is available free of charge.

“It’s a public safety issue,” Carfax spokesperson Chris Basso said, “because everyone on the road is at risk." 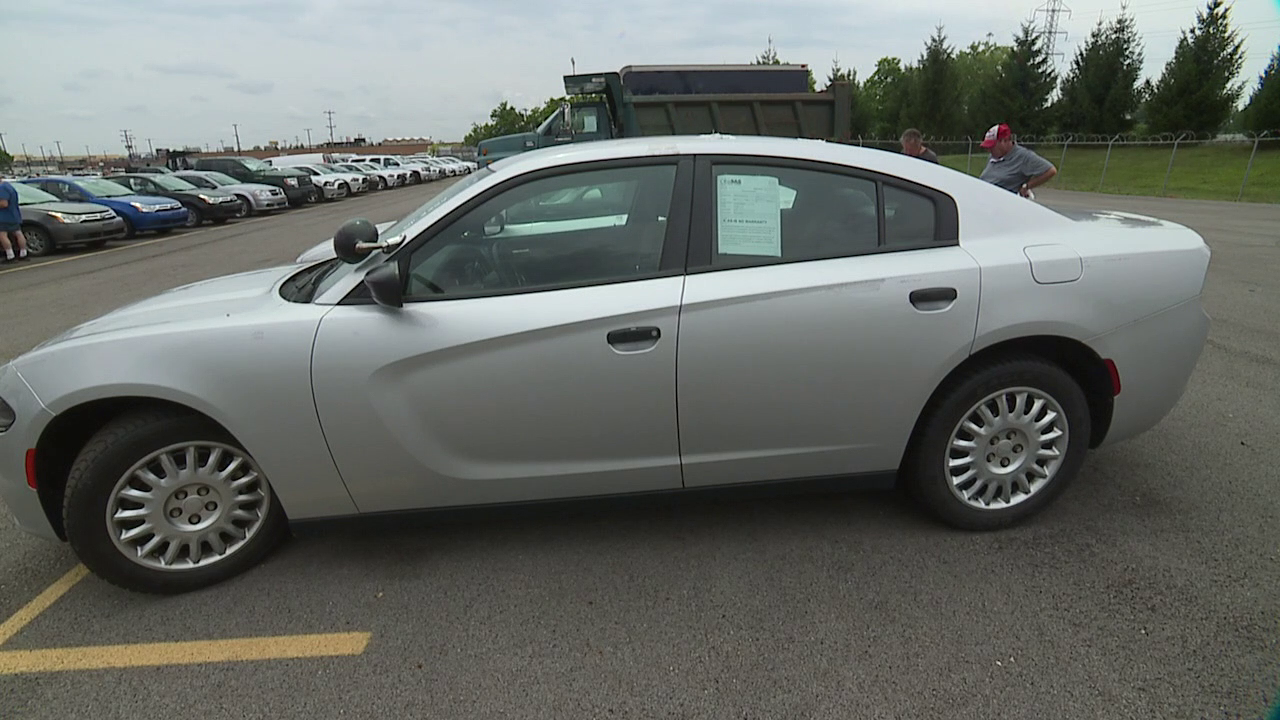 This 2015 Dodge Charger, police version, has a faulty cruise control that could cause a crash. However, the car's sticker said "no known defects." 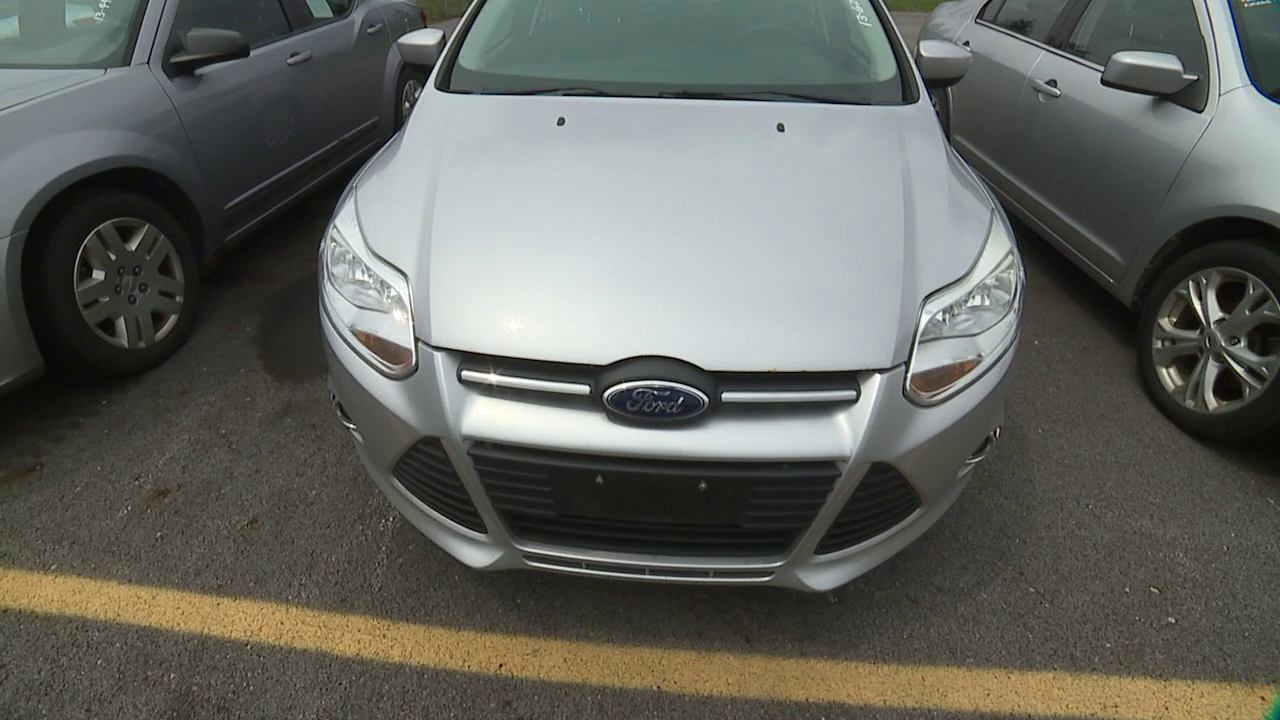 This 2012 Ford Focus had a recall for a door that could open while driving. Again, the sticker stated: "no known defects."

“These are cars that have defects that the manufacturer has identified and want to fix for free, but that large percentage aren’t getting done for one reason or another — jeopardizing our public safety,” He said.

A spokesperson for DAS refused to allow us to question state fleet managers about the program — dismissing our request by saying, “We do not do interviews.” However, they did answer Chief Investigator Ron Regan’s questions via email.

DAS spokesperson Marty Berkowitz said, “It would not be accurate to suggest state employees are driving vehicles with unattended safety defects.”

“At any given time, the state fleet does have vehicles operating that require service and are being scheduled for maintenance,” Berkowitz said. “Any vehicle determined to be unsafe is immediately taken out of service.”

But under Ohio Revised Code policy, DAS is “required to establish, implement and manage a statewide fleet management program” including safety and maintenance.

You can read DAS’ full responses to our questions here.

To check for recalls before buying a car, visit Carfax.com.