All losses are not the same

The Browns react to their poor play 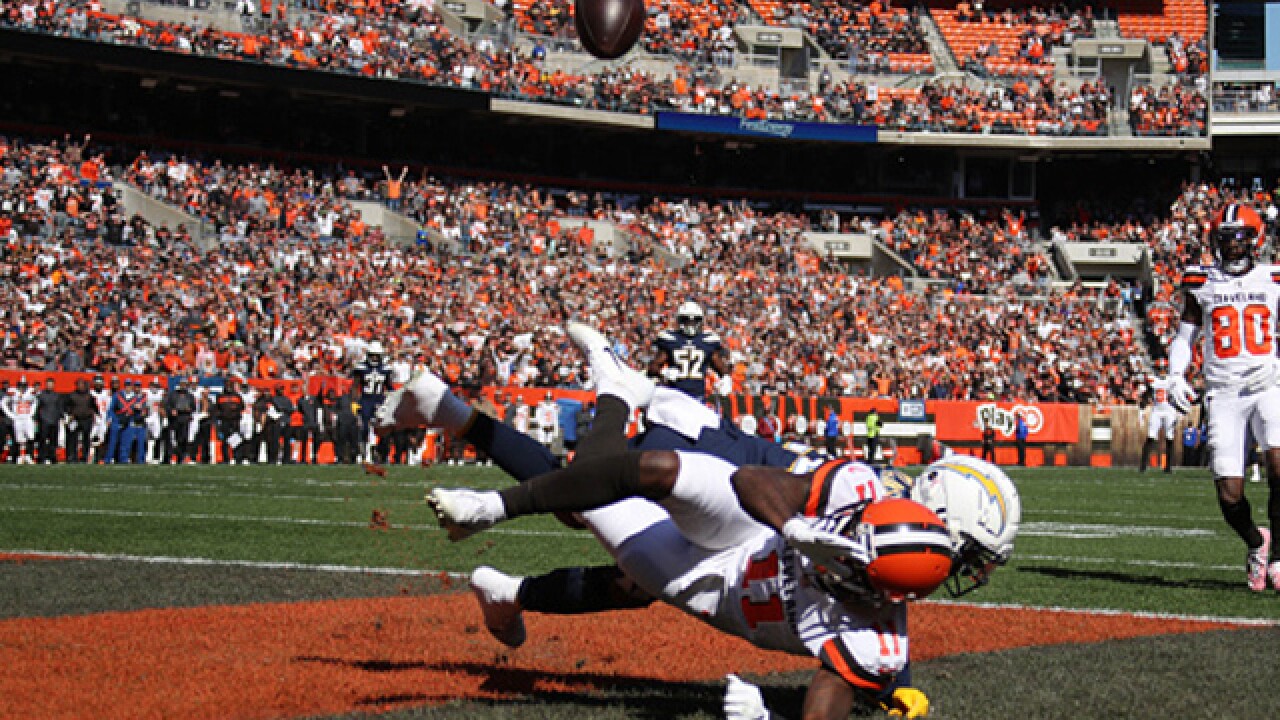 Copyright 2018 Scripps Media, Inc. All rights reserved. This material may not be published, broadcast, rewritten, or redistributed.
Gregory Shamus
<p>CLEVELAND, OH - OCTOBER 14: Pass intended for Antonio Callaway #11 of the Cleveland Browns is incomplete in the first half against the Los Angeles Chargers at FirstEnergy Stadium on October 14, 2018 in Cleveland, Ohio. (Photo by Gregory Shamus/Getty Images)</p>

All losses may count the same in the standings, but according to the Browns, they don’t all feel the same in the locker room.  On Sunday the Browns fell to the L.A. Chargers, 38-14. The loss impacted the team differently than past failures this season.

“Every loss hurts, but I think this definitely was like one of those eye-openers for us. At the same time, every game has really been close that we have played in until this one,” Jarvis Landry added.  “I hate to say we needed it, but something that needed to happen to us.”

What they needed was to play better on both sides of the ball. On offense rookie quarterback Baker Mayfield struggled to connect with his receivers completing 22 of 46 passes for 238 yards, one touchdown and two interceptions. Dropped balls, missed opportunities and more injuries for an already banged-up group summarizes the storylines for the Browns’ wide receivers.

“We have played with some young receivers here since I have been here. Sometimes, those are the things that happen. You do not want them to happen. You have to work through those things with them,” Jackson explained.

But it was not just the rookies. Five-year NFL veteran receiver and supposed playmaker, Jarvis Landry, had only two catches on nine targets.

The Chargers also tested the Browns defense, who before their game against the Chargers have looked solid. But on Sunday the Browns could not stop the run, as the Chargers picked up 246 yards on the ground.

“We started setting the edge a little bit better, but from early in the game to the middle of the game to the third quarter, we did not play the run very well,” Jackson admitted.

Coming off a win against Baltimore in week five, the Browns lost not only their game on Sunday but their momentum.  The Chargers exposed their weaknesses and showed them they still have a long way to go to become the team they envision.

“We will clean those things up as fast as we can, and we will start moving forward. I am disappointed about yesterday, but I am not discouraged by any stretch,” Jackson said.

Since all losses count the same, a loss where unexpected poor play is to blame is often a greater threat to a team’s mind than it is to their record.  Because if a lousy game kills a team’s confidence, one loss can quickly turn into many more.