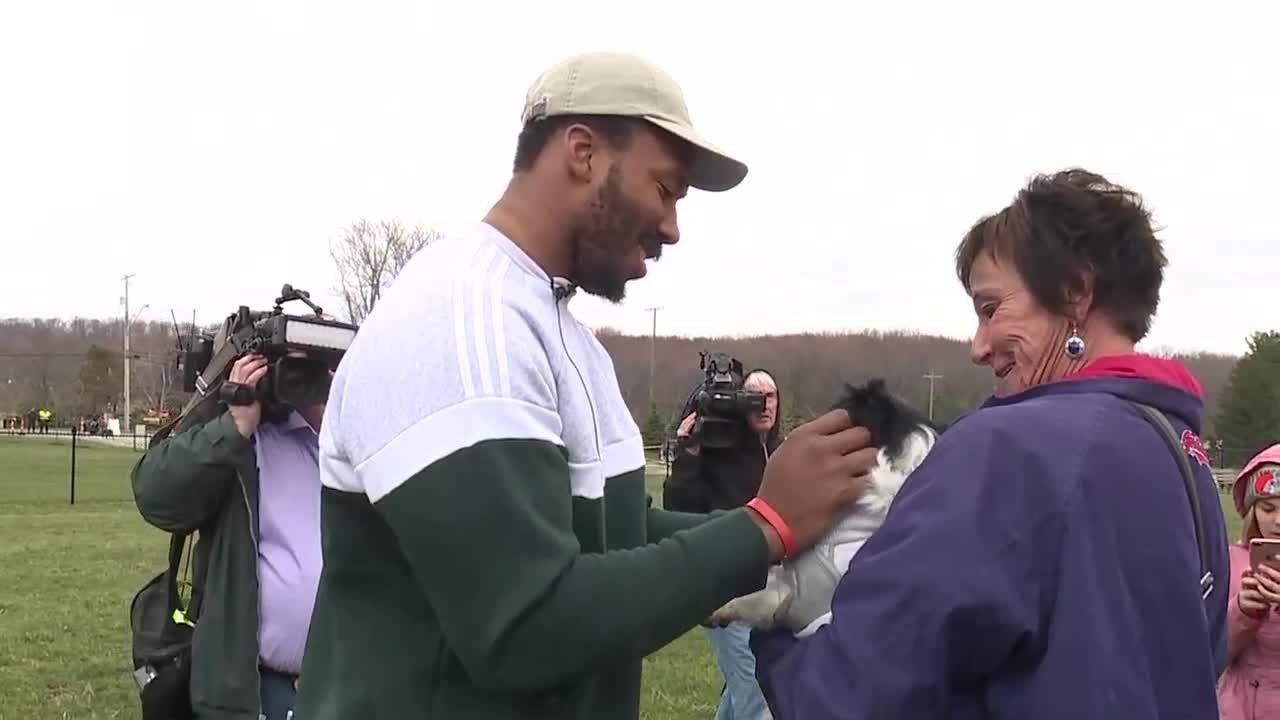 Browns defensive end Myles Garrett speaks to the media during a puppy play date he organized at a dog park in Kirtland. 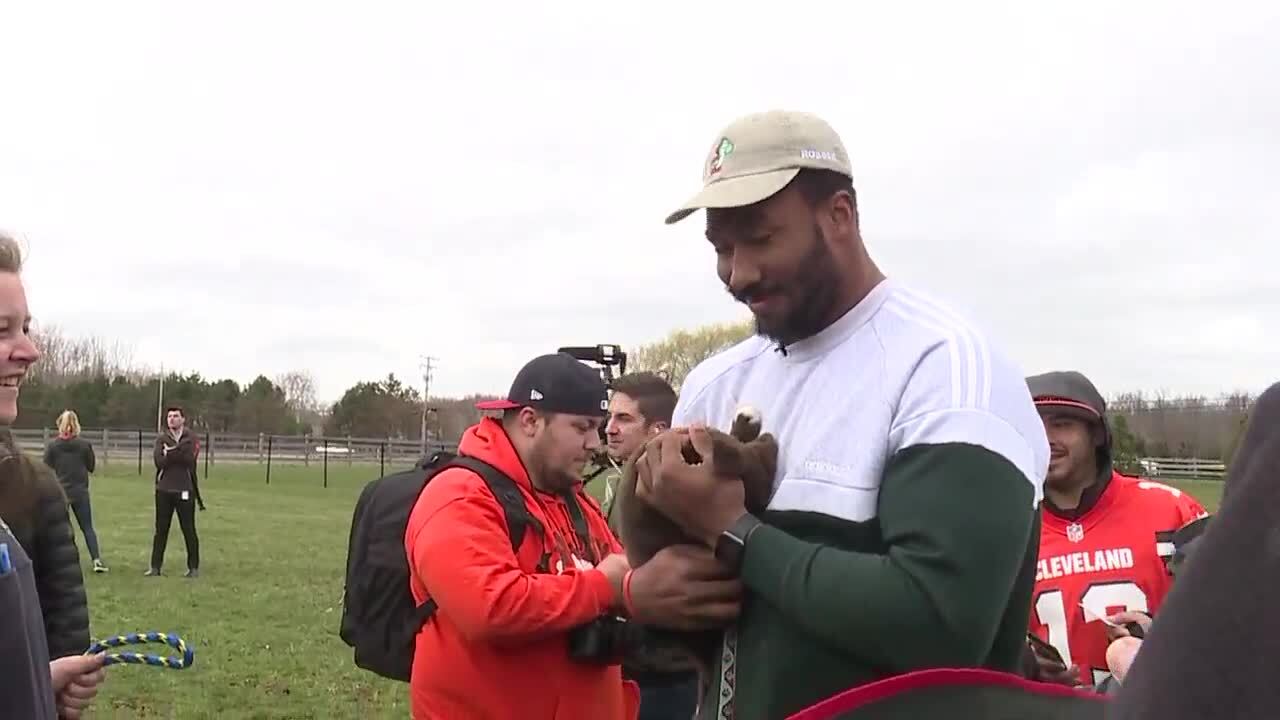 The puppy play date was scheduled to start at 3 p.m.

Puppy play date will be this Wednesday 3pm @ Canine Meadow in Kirtland! I just want to sit back and have a nice dog collab, I won’t be signing any autographs. See you guys then 🤟🏾

Garrett was a little delayed in getting to the dog park by a problem common among puppy owners:

I’m on the way to the dog park... a little late because someone decided to take a poop in the car, and it wasn’t me or jeremy. See y’all soon!

Garrett had stated he wouldn't be signing autographs, he just wants to “sit back and have a nice dog collab.”

As a responsible dog owner, Garrett gave one rule for owners who want to bring their dogs along to play with his:

One last thing. Please make sure all your pets are up to date on their vaccines. I would never harm your animal but if you give my pup parvo I will snap you in half 👍🏾😀

Garrett could most likely snap someone in half, but we don’t suggest testing the theory — so make sure your dogs are vaccinated.