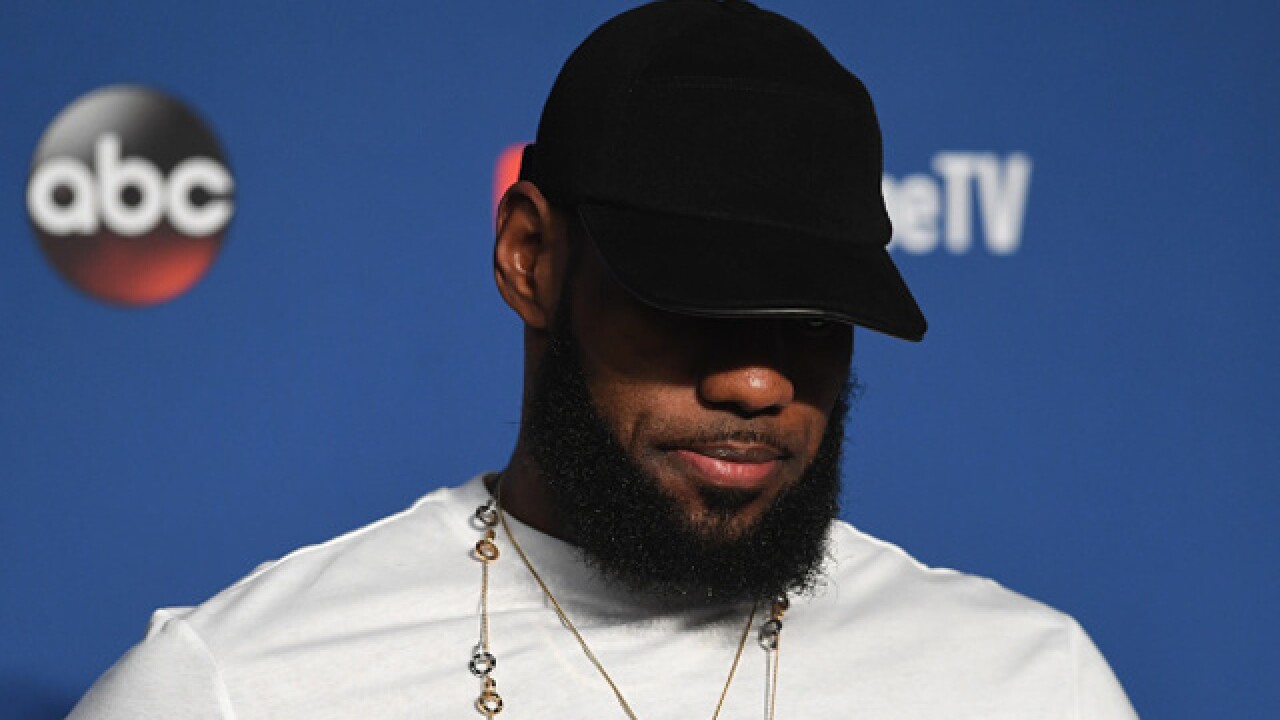 Copyright 2018 Scripps Media, Inc. All rights reserved. This material may not be published, broadcast, rewritten, or redistributed.
Jason Miller
<p>CLEVELAND, OH - JUNE 08: LeBron James #23 of the Cleveland Cavaliers speaks to the media after being defeated by the Golden State Warriors during Game Four of the 2018 NBA Finals at Quicken Loans Arena on June 8, 2018 in Cleveland, Ohio. The Warriors defeated the Cavaliers 108-85 to win the 2018 NBA Finals. NOTE TO USER: User expressly acknowledges and agrees that, by downloading and or using this photograph, User is consenting to the terms and conditions of the Getty Images License Agreement. (Photo by Jason Miller/Getty Images)</p>

The artist who painted the LeBron mural in Los Angeles painted it white on Wednesday — less than a week after it was finished — because it kept being vandalized, according to Yahoo Sports NBA. It was only finished on Friday.

The mural was painted by Jonas Never and artist Fernando Valdez, according to The Washington Post. It featured LeBron with a nickname declaring him "The King of L.A."

The mural was defaced the first time with words such as "No King" and the numbers "3-6," which is a reference to his NBA Finals record.

Days before it was vandalized, a Lakers fan account offered a $300 reward to anyone who destroyed the mural.

Lakers Fam Please do your part and Report @BenOsaze He led a group & vandalize the recently painted LeBron Mural. He should no longer be part of the @Twitter Community. pic.twitter.com/bm5YXVAbWP

The mural was restored, but apparently people kept coming back for destruction.

Guess L.A. isn't ready for LeBron to be LABron.