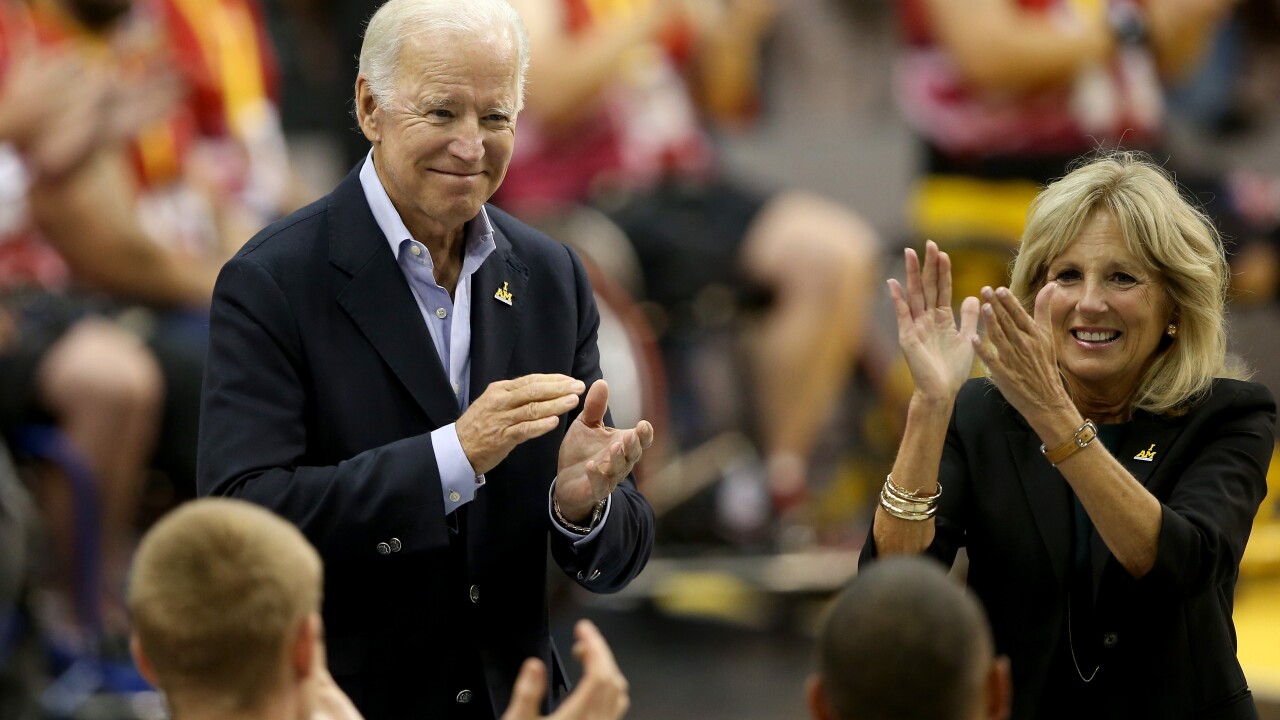 Claus Andersen
TORONTO, ON - SEPTEMBER 30: Jill and Joe Biden award the gold medal to Team United States on the podium at the medal ceremony for the Wheelchair Basketball Final Gold match during the Invictus Games 2017 at Mattamy Athletic Centre on September 30, 2017 in Toronto, Canada. (Photo by Claus Andersen/Getty Images for the Invictus Games Foundation )

CLEVELAND — Former Vice President Joe Biden is leading in Ohio as the only Democrat to top President Donald Trump, according to a poll from Quinnipiac University released on July 25.

Women, black voters and independent voters give Biden a lead, with 53-40% among women, as men are split with 46% for Biden and 45% for Trump. According to the poll, white voters are divided, 48% supporting Trump and 45% for Biden. Black voters go Democratic at 84-8%.

Results from the poll showed Ohio voters, 58% of them, say they are better financially today than they were in 2016, and 22% say they are worse off.

"Former Vice President Joseph Biden calls himself a blue-collar guy. With Ohio certainly a blue-collar state, it is no surprise he is the Democrat who runs best against President Donald Trump and is solidly ahead in the Democratic primary in the Buckeye State," said Peter Brown, assistant director of the Quinnipiac University Poll.

For an extensive look at the poll and the questions that were asked to constituents, visit the poll here.