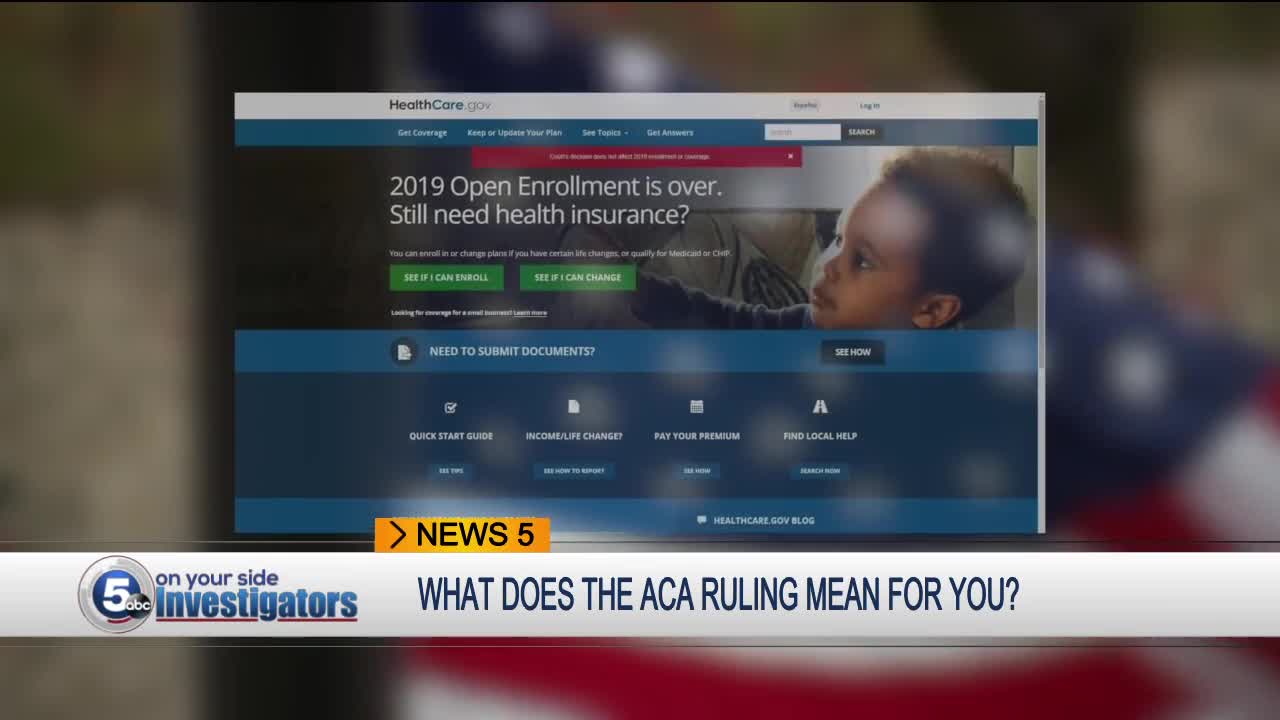 CLEVELAND — While a federal judge’s ruling that the Affordable Care Act is unconstitutional was celebrated by opponents and criticized by the law’s supporters, the actual impact to Ohioans could be minimal, according to at least one local expert.

“I think this opinion is very unfortunate,” said Jonathan Adler, a law professor at Case Western Reserve University and a longtime critic of the ACA and its implementation. In fact, his work has twice been a part of legal challenges to the ACA in both 2012 and 2016.

Adler believes US District Judge Reed O’Connor over-reached his authority when he declared the entire law unconstitutional. It’s an argument that’s likely to be a part of appeals, first to the Fifth Circuit Court of Appeals and possibly to the US Supreme Court.

He believes that process could take a year or more.

In the meantime, the Trump Administration says it will keep the law in place through any appeals.

“So for people who have just purchased insurance, for people who are making plans about health insurance, this decision doesn’t have an practical effect yet,” said Adler. “But it does declare, at least in the view of this one judge, the entire law is unlawful.”

Like Adler, Governor-elect Mike DeWine said Monday that he believes the judge’s decision won’t hold up on appeal. Even if it does, DeWine pledged Ohioans will still have access to insurance.