Despite crimes, misconduct, fired police officers often end up back on the streets

An exclusive 5 On Your Side Investigation found police officers fired for misconduct often end up back on the streets. Since 2004, we found fewer than 100 officers were fired from more than 50 police departments in Northeast Ohio.

CLEVELAND — An exclusive 5 On Your Side Investigation found Northeast Ohio police officers fired for misconduct often get their jobs back. Since 2004, we found fewer than 100 officers were fired from police departments in more than 50 Northeast Ohio towns and cities across ten counties. However, police departments were often forced to reinstate those officers resulting from appeals required by union contracts.

‘Followed by a maniac’

During the early morning hours on a February day in 2006, Anne Glorioso called her parents for help. Her son, Virgil, then 6-years-old, was sick.

Glorioso planned to follow the ambulance she called for her son. She asked her parents to drive to her Aurora home to watch her daughter, who was 2-years-old at the time.

“I was just very nervous,” she said.

Her parents’ arrival failed to calm her. In fact, there was more trouble ahead.

“The squealing of the tires was unbelievable,” said Glorioso.

As her parents turned onto her street, she saw a stranger chasing them in his car.

“We didn’t know who he was,” she said. “They thought they were being followed by a maniac.”

The man parked his vehicle and got out. “He just starts screaming,” she said. “And using the f-word at my parents.”

Even more troubling, he parked his car so it blocked the ambulance that arrived to help Glorioso’s son.

Who was the angry man?

It turned out to be Aurora Police Officer Joseph LaPerna.

Back on the force

LaPerna had spotted Glorioso’s parents speeding towards her home that morning. Instead of calling dispatchers, he decided to chase after them, even though he was off duty.

“He was in a beige car. He had on a gray sweat suit, gray sweatpants, nothing to identify him as a cop,” she said.

After LaPerna finally moved his vehicle, Glorioso complained to the Aurora Police Department. LaPerna was fired over how he treated Glorioso and her family.

However, he was soon back on the force. He had appealed his termination, a right included in most police union contracts. An arbitrator, usually an attorney hired to review union appeals, found he should be reinstated.

“It sent a message to us that, basically, police officers can do whatever they want to do,” said Glorioso.

5 On Your Side Investigators gathered data from 52 police departments in the largest towns and cities in Northeast Ohio and found it is incredibly rare to fire a police officer. During the 15-years of data News 5 reviewed, 20 police departments hadn’t fired a single officer. Since 2004, the remaining 32 departments fired a total of 93 officers.

Roughly half of the 93 fired officers did not appeal their terminations because they were facing serious criminal charges or were fired during their probationary periods and were not eligible for appeal.

But of the half of the fired officers that did appeal -- two-thirds won their appeals and were reinstated. Eight arbitration cases are currently pending.

Why are officers fired

‘A matter of trust’

An arbitrator awarded him his job back in October 2018, one-year after he was fired when a bystander’s video of him repeatedly punching and kicking Richard Hubbard III during a traffic stop went viral. 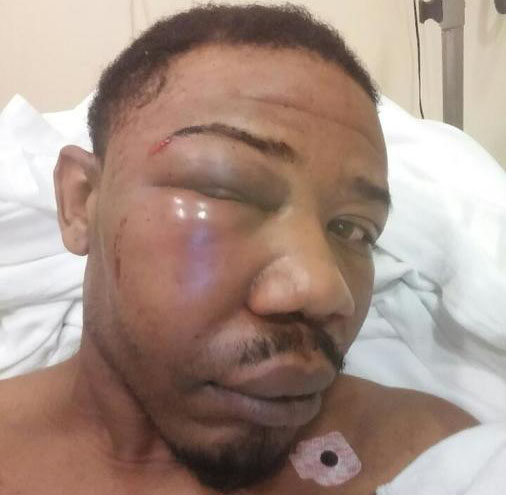 “I thought that the officers’ actions were barbaric,” said Cassandra McDonald, President, Euclid NAACP. “I definitely believe that not only did he break the law as an officer, but that he definitely violated the rights of Mr. Hubbard.”

McDonald has raised concerns about Euclid officers’ use of force and civil rights violations. She said the decision to reinstate Amiott hurts the police department’s credibility.

During a city council meeting last November, Gail expressed dissatisfaction with the arbitrator’s decision. “I am disappointed in that decision as I believe the termination was justified,” she said.

"It's nice to blame the arbitrators for this happening,” said Arnold Zack a Harvard University law professor with more than sixty years of experience mediating labor disputes.

“The arbitrator does not want to give a second chance to an employee who is worthless,” he said.

At the request of 5 On You Side Investigators, Zack reviewed a handful of case where officers won their appeals, including the Amiott decision.

“The surprise, to me, was the extent to which management is all over the lot in imposing discipline,” he said.

Zack said the terminated officers win appeals when colleagues with similar - or worse - violations were allowed to keep their jobs.

"You've opened the door to the prospect of these people being rehabilitated and giving them a chance, giving them another chance,” he said.

For example, Shani Hannah, a former Cleveland police officer, was awarded her job back after she was accused of attacking her boyfriend.

The Cleveland Police Patrolmen’s Association (CPPA), the union representing the city’s patrol officers, provided several examples where officers accused of domestic violence kept their jobs, including an officer accused of giving his own daughter a black eye.

“It can be bad,” said Zack. “Terrible. It can be devastating.”

“We feel the only place we get a fair shake is with an arbitrator,” said Jeff Follmer, President, CPPA. “Politics play into some of these terminations.”

Follmer pointed to the 2012 police chase that left two unarmed people dead. Dozens of officers were involved in the incident that ended in Heritage Middle School’s parking lot in East Cleveland after a nearly 30-minute high speed chase.

After a lengthy investigation, seven officers were fired, including Michael Brelo, who fired 49 of the shots, jumped onto the hood of Russell’s Chevy Malibu and found not guilty of voluntary manslaughter charges in May 2015. The other six appealed and were awarded their jobs back.

“They shouldn’t have been terminated. There was no rhyme or reason why they got terminated,” said Follmer. “They weren't even on the radar, for being the officers that might be getting terminated, and it came as a shock to everybody,” he said.

“We disagree with the arbitrators’ decisions,” said Jackson during a 2017 news conference in 2017.

A statement released after five of the officers were rehired said, “We believe that the City’s decision to terminate the other five officers was justified and should have been upheld.” However, Follmer said city leaders caved to public pressure after the high-profile police chase led to local protests and made national headlines.

“The city needed to show that they were going to act to this car chase and terminate individuals,” said Follmer. “As soon as there’s bad press, or the public weighs in negatively… that’s all it takes. “

However, she said LaPerna’s case is different. “He doesn’t have the demeanor to be a safety force officer.”

In the 13 years since Officer LaPerna terrified her family, she’s heard rumors about LaPerna’s rude behavior.

His personnel files shows, among letters of thanks for helping citizens, there are several complaints about his rude, nasty, and sarcastic behavior during traffic stops.

Then, in March, she learned his job was on the line again.

“I wasn’t surprised at all,” she said.

LaPerna was arrested by the Florida State Highway Patrol after a driver called 911 to report him for waving a gun at him and his girlfriend on Interstate 75 in Naples, FL.

He currently faces charges for aggravated assault and improper use of a weapon. He has not responded to repeated attempts to reach him for this report.

LaPerna is on unpaid administrative leave from the Aurora Police Department pending the outcome of his criminal case.

"I would hope they're not going to bring him back to Aurora as a police officer,” said Glorioso. “He needs to get some help."