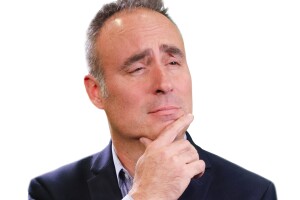 Greg has worked in broadcast sales in Cleveland for 30 years. Starting his career in radio, Greg worked primarily in rock formats at 107.9 The End, WNCX-FM during “The Howard Stern Years”, WMMS-FM “The Buzzard”, and 92.3FM Extreme Radio. He also spent three seasons on The Cleveland Browns Radio Network sales team starting when the team returned to the NFL in 1999.

With the active audiences of the rock format, Greg became an expert in event marketing and has amassed a great deal of experience in maximizing third party sponsorships for clients involved in concerts, professional sports, WWE wrestling, monster trucks, tough guy contests, tractor pulls, air shows, rib cook offs and even a concert at a fireworks warehouse.

He has been at News 5 for the last 14 years and is an expert in broadcast TV, digital video, social media, and email marketing. If you need someone to show you how to best reach your target customer across any medium, Greg is your guy. He takes care of his customers.

He is an expert in wine, holding the prestigious WSET Diploma, one of about 5,000 in the world to have this distinction. He is a published author in the book “Gigs From Hell," another book he can’t recall the name of and numerous articles for dodgy underground press sources.

Greg is an avid scuba diver, basset hound owner, Porsche enthusiast, reader, and traveler. He has claimed to have caught the world’s largest fish—but this is an outright lie.