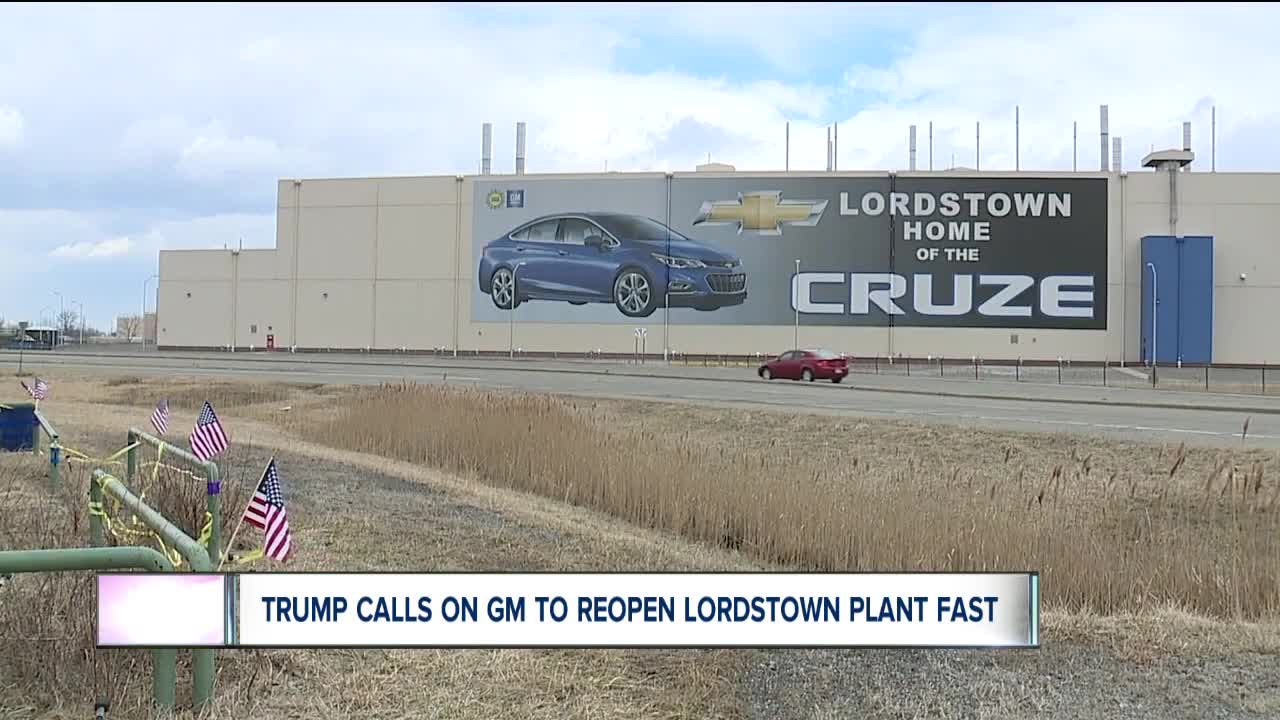 Ahead of his planned stops in Ohio later this week, President Donald Trump went after General Motors and CEO Mary Barra for the decision to close the Lordstown plant, which produced its last Chevy Cruze earlier this week. 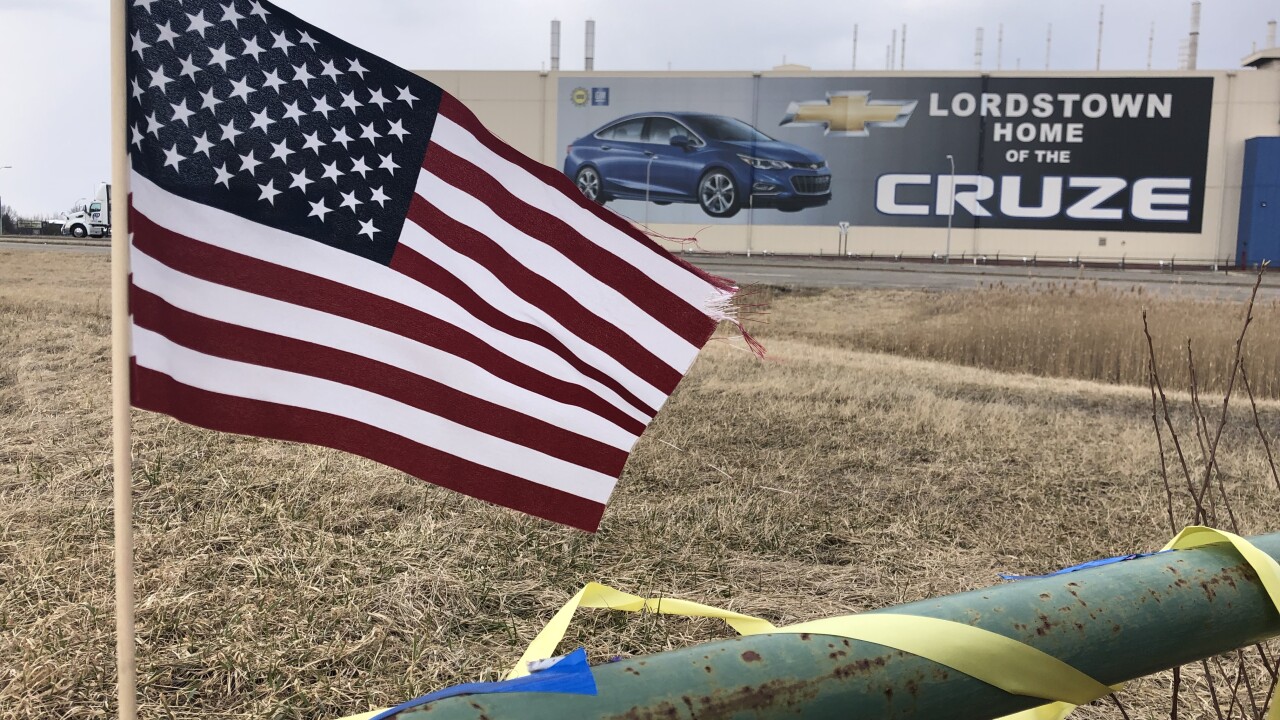 LORDSTOWN, Ohio — Ahead of his planned stops in Ohio later this week, President Donald Trump went after General Motors and CEO Mary Barra for the decision to close the Lordstown plant, which produced its last Chevy Cruze earlier this week. The automaker’s decision to close the plant after more than 60 years of operation could be a flashpoint with economic and political ramifications.

General Motors and the UAW are going to start “talks” in September/October. Why wait, start them now! I want jobs to stay in the U.S.A. and want Lordstown (Ohio), in one of the best economies in our history, opened or sold to a company who will open it up fast! Car companies.....

Trump tweeted Sunday evening that he had spoken with Barra and, “asked her to sell the plant or do something with it.”

Just spoke to Mary Barra, CEO of General Motors about the Lordstown Ohio plant. I am not happy that it is closed when everything else in our Country is BOOMING. I asked her to sell it or do something quickly. She blamed the UAW Union — I don’t care, I just want it open!

Although stamping operations at the Lordstown plant will continue through the end of the month, a majority of the operations ended earlier this month.

“I worked for General Motors for 42 years,” said Joseph Nero. “For 42 good years, they’ve supplied me and my family with a great living.”

John McElroy, an automotive industry expert and host of Autoline, said GM had an excess number of plants.

By reducing its footprint, the auto giant’s financial footing will be on more solid ground.

“I bet you Mary Barra didn’t make this plant closings and all these layoffs easily. I wouldn’t be surprised if she’s having trouble sleeping over it to be honest,” McElroy said. “But what do you do? Do look for the long term and make sure the company is going to be health and preserve the rest of the jobs? Or do you try to keep people on and let the whole thing sink? We have seen that story before. You end up in bankruptcy.”

Following Trump’s tweet, GM issued a statement saying the future of the Lordstown plant will be determined by GM and the United Auto Workers under the terms of the national agreement.

A GM spokesperson said the auto giant has placed more than 1000 employees from its unallocated plants to other GM facilities.

Also in his series of tweets, President Trump accused GM of letting the country down after taxpayers bailed the company out following the Great Recession.

Trump also praised other automakers, possibly referring to Toyota’s announcement earlier in the month that it would be investing $750 million in five of its existing plants in the United States with the expectation that 600 jobs would be created.

Democrat UAW Local 1112 President David Green ought to get his act together and produce. G.M. let our Country down, but other much better car companies are coming into the U.S. in droves. I want action on Lordstown fast. Stop complaining and get the job done! 3.8% Unemployment!

Green declined to comment other than to say his role as the local union chapter president does not include negotiating with General Motors.

Nero, a lifelong Democrat who voted for Trump in 2016, said the President’s critiques of Green were misguided.

“President Trump just has to understand that Dave Green is our [local union] president. He actually doesn’t even get to negotiate with General Motors,” Nero said. “That is our shop chairman’s job.”

Nero hopes President Trump can come through for the people affected by the plant’s closure.

“President Trump has to understand that everyone here is working toward it,” Nero said. “Whether you’ve badmouthed somebody or beat them up a little bit, everyone here, every union official and every person in this area that has worked in that plant or is affected by that plant would sincerely appreciate [any help President Trump can give us].”