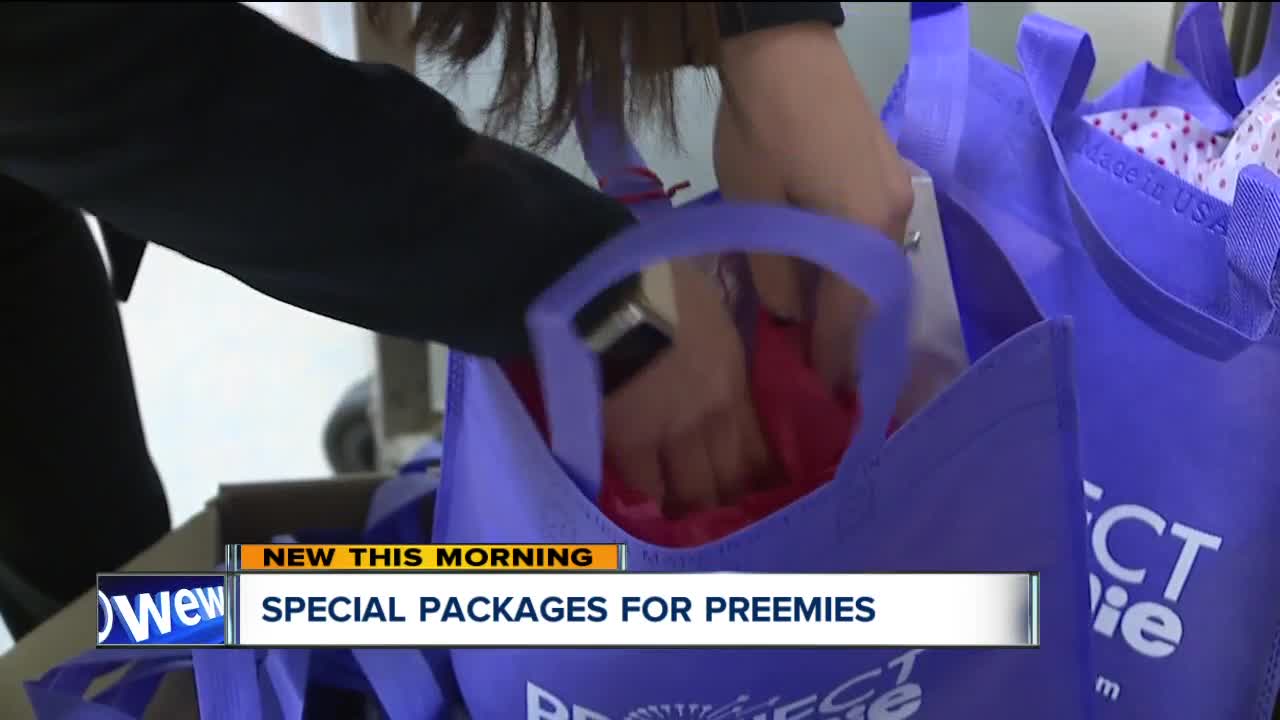 Project Preemie, a parent-led group of premature baby parents, has spent days preparing holiday care packages for parents whose baby is in the NICU ward. 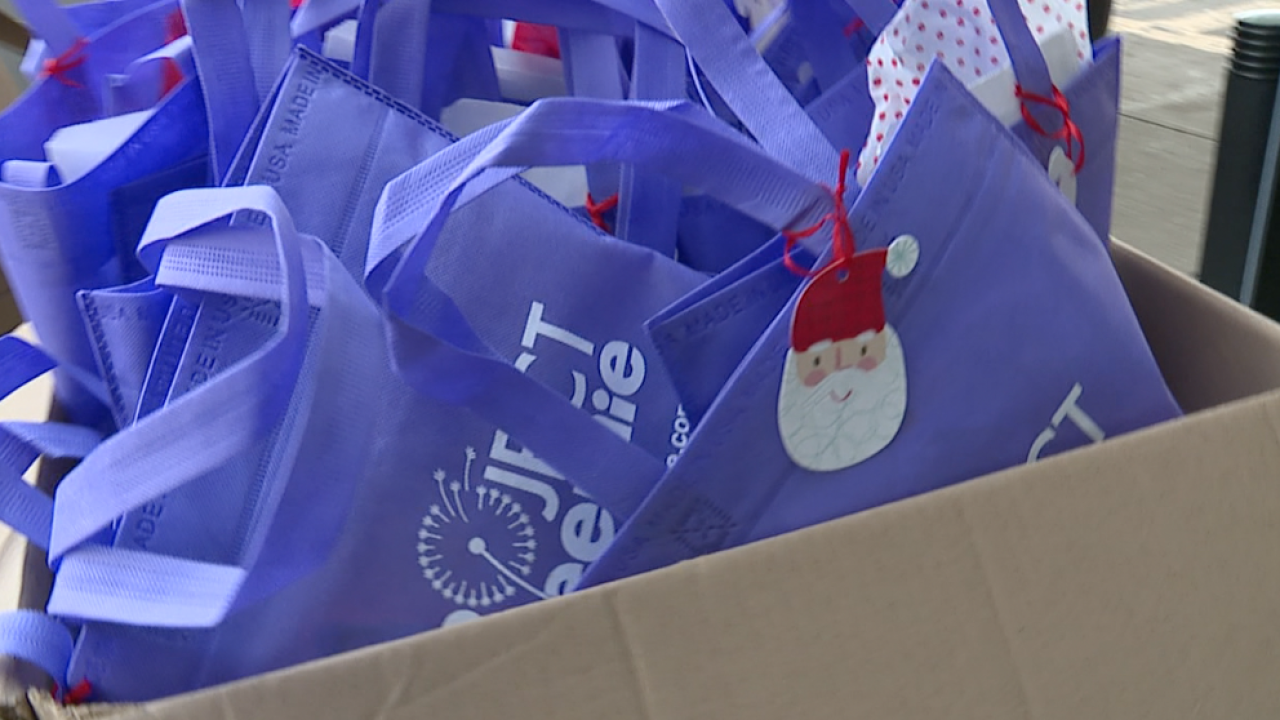 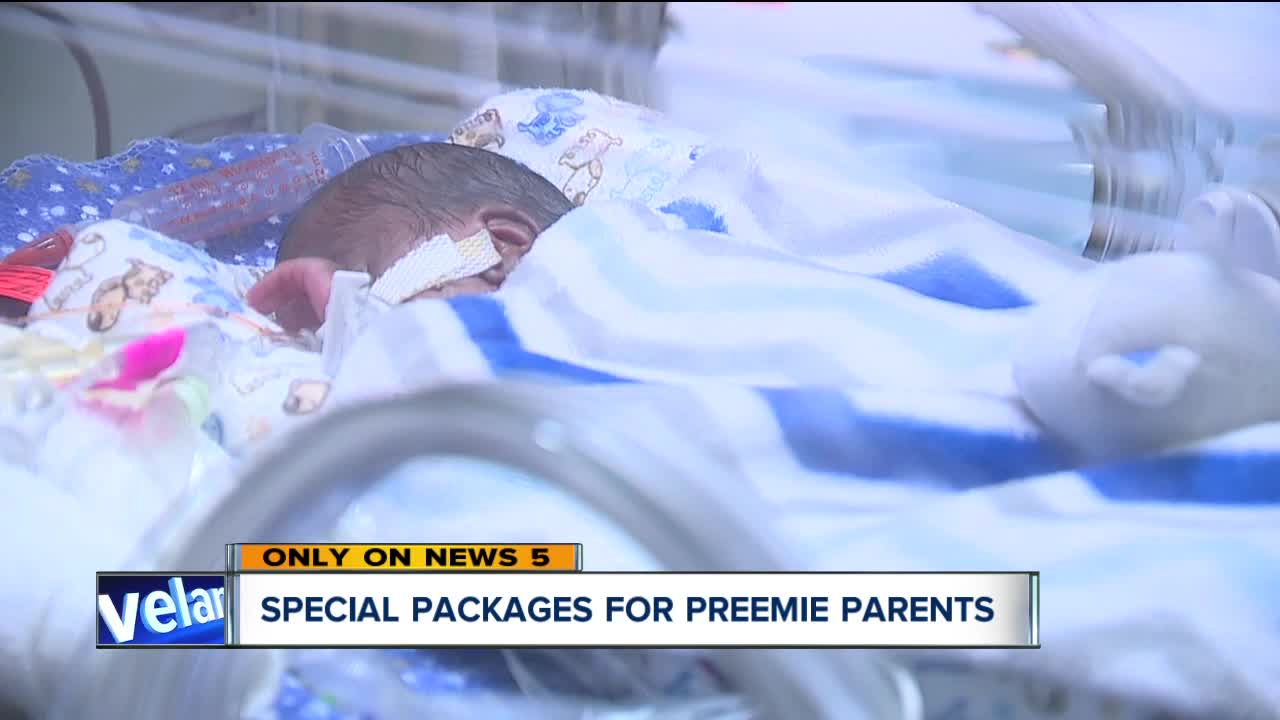 CLEVELAND — No one likes spending time at the hospital, especially during the holidays, but for parents of premature babies in the neonatal intensive care unit, NICU, there's no choice.

But one nonprofit group is using the gift of giving to help brighten their spirits.

Project Preemie, a parent-led group of premature baby parents, has spent days preparing holiday care packages for parents whose babies are in the NICU ward.

Dozens of volunteers spent time packing the bags full of items necessary to parents during this difficult time, such as hand-knitted hats, journals, hand sanitizer and so much more.

This week, the holiday bags were hand-delivered to Cleveland's five NICU wards.

News 5 followed along as nearly 50 bags were dropped off at MetroHealth Hospital.

Natchelle Croff was one of the parents who received a bag. Her son was born several weeks early, weighing just 1 pound and 7 ounces. She said though the gift is small, it means so much more than she can describe.

"It means a lot. The support I've gotten here [at Metro] is awesome and this just goes to show how extensive the support can be," Croff said.

Croff said she enjoyed talking to Project Preemie's founder Pam Frasco. Like Croff, Frisco had both of her children born prematurely, so she knows all about spending time in the hospital.

"Our stories sound a lot like, so to see that other people have went through this and overcome it, it means a lot to me. Because I'm still going through it, of course, and she gives me hope that he'll be home soon," Croff said.

"It's nice to know that there's people, other than my nurses and myself, that love, care about these babies like we do," she said. "There's lots of families who maybe don't have as much as other families, so it's one avenue that we can help tap into and help support our families and just bring a smile to their face," Eggleston.

Frasco said spending time in the hospital during the holidays is really tough. "Obviously you don't want to be here, especially with a really sick baby, but any day is hard so we try to do this all year round."

The bags were also delivered to the NICU wards at the Cleveland Clinic Main Campus, Rainbows Babies & Children, Fairview Hospital and Hillcrest Hospital.