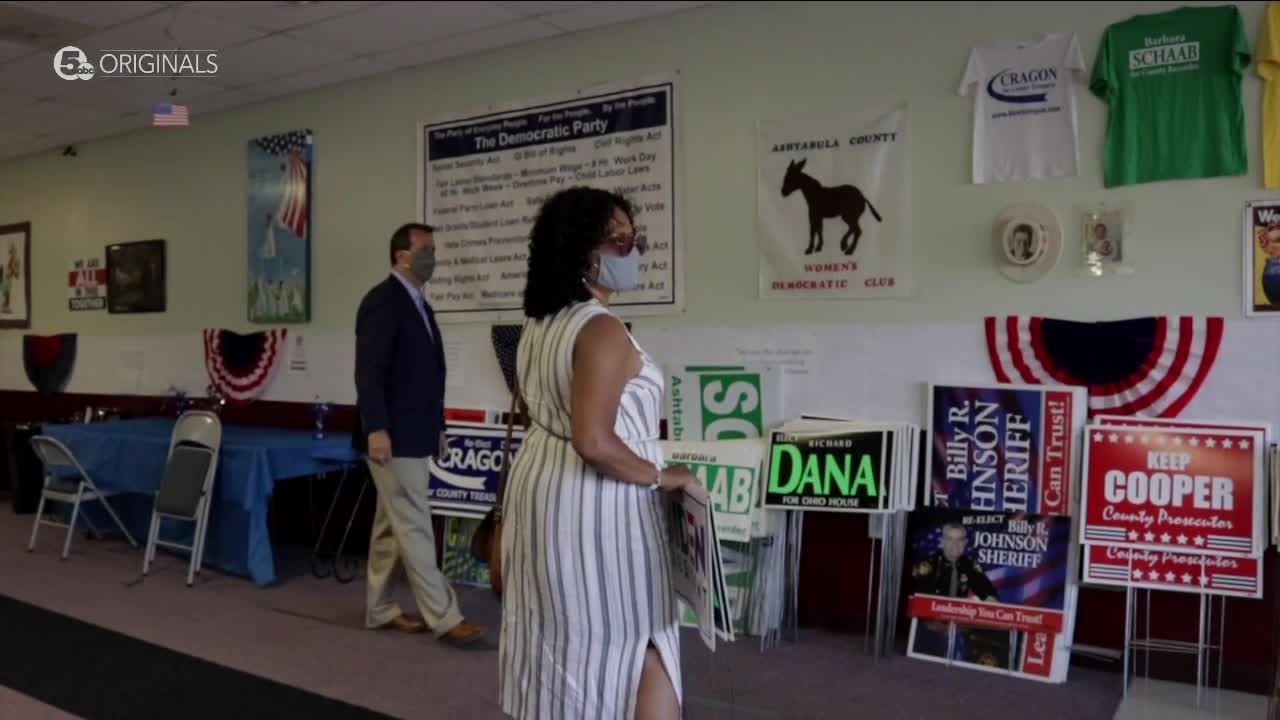 ASHTABULA COUNTY, Ohio — For about 12 hours back on March 16, Ohioans didn’t know if there was going to be a primary election the following day.

“You know who I really felt bad for was for our poll workers,” said Richard Dana about the back and forth poll workers went through that night.

Ultimately, the primary election was pushed.

A delayed vote meant more campaign time. But getting to voters would be completely different during the COVID-19 pandemic.

Instead, he relied mostly on phone banks and unconventional ways of meeting voters. When News 5 followed him for a day, he was also a judge for one of the events at the modified Ashtabula County Junior Fair.

“While we can't knock on doors, we'll still get the message out as best we can,” he said.

Two volunteers sat in the back of the county Democratic headquarters calling potential voters and donors.

Money is crucial to any political campaign, but Dana knows it’s difficult to ask people in the district for money when he knows what the pandemic did to paychecks.

“I just can't understand how it is we can bail out Wall Street in an instant but we can't help out main street,” he said at the end of the interview.

Despite the uptick in coronavirus cases in the state, Dana’s opponent, Sarah Fowler Arthur, is still knocking on doors and meeting voters face-to-face.

"And we do have some fundraising events coming up,” she said. “But we're going to try to maintain the social distance; encourage people to follow safe practices and keep them (at) a smaller number."

“More recently, you know, keep on doing a lot of the normal campaign things — phone calls, knocking on doors, trying to be respectful of someone,” she said. “You wear a mask or maintain your six-foot distance just to make sure that you don't infringe on anyone's personal space,” she said.

When News 5 followed Fowler Arthur door-knocking on July 22, he had her mask around her neck and not her nose, mouth and chin.

Both candidates took their masks off for interviews because there was more than six feet of space around them.

Fowler Arthur and Dana said the 2020 election will inform how future campaigns deal with change.