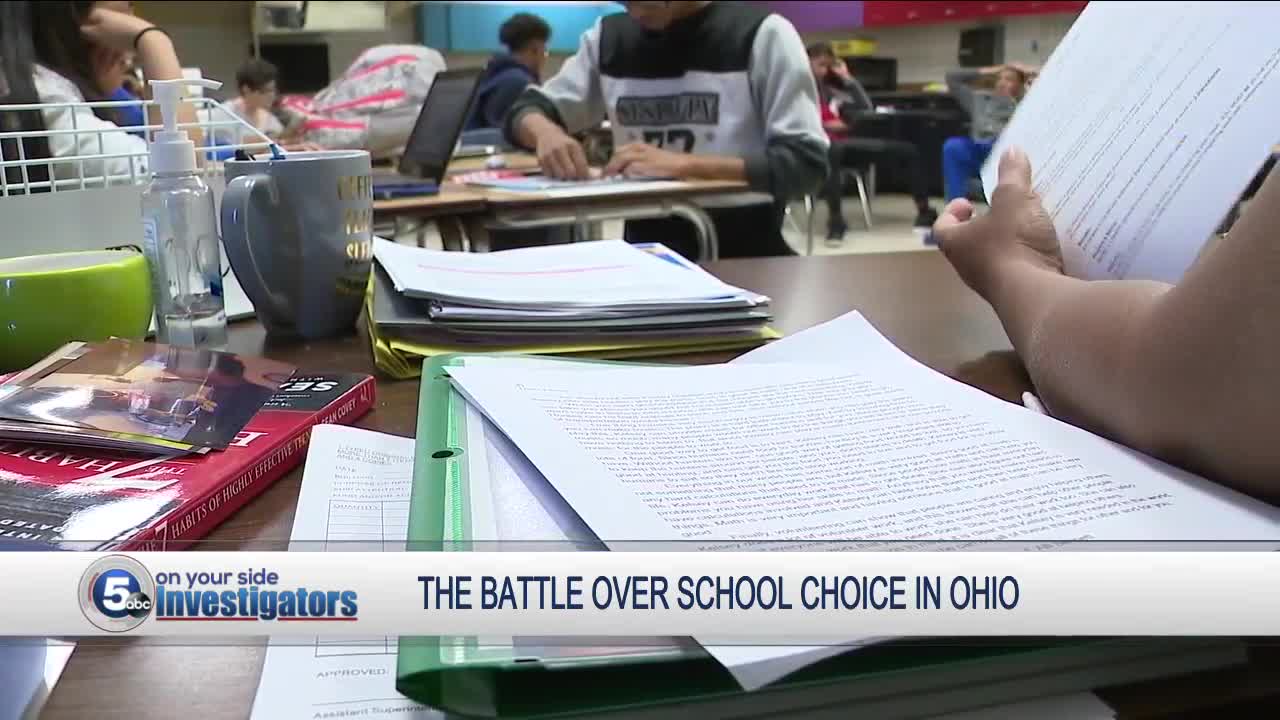 Ohio lawmakers concerned about the pending explosion of schools on the state’s EdChoice voucher program’s designated list said they are working on a deal to amend the program Wednesday.

PARMA, Ohio — Ohio lawmakers concerned about the pending explosion of schools on the state’s EdChoice voucher program’s designated list said they are working on a deal to amend the program Wednesday.

Any deal would likely limit the number of public schools labeled “low-performing” before the EdChoice application window opens February 1.

There are currently 517 schools whose students are eligible to receive vouchers.

The number of schools would more than double to 1,227 during the 2020-2021 school year because of changes to metrics that qualify schools for the program.

Many Ohio school superintendents have voiced concern about the impact on their budgets, including Parma City Schools Superintendent Charlie Smialek.

Smialek said the district’s overall grade on the state’s school report card improved from a D to a C this year.

However, despite those improvements, two of the district's three high schools, Valley Forge High School and Parma High School, qualified for the EdChoice voucher program.

The schools are now considered failing and every student assigned can apply for a $6,000 voucher to help pay for private school.

Districts pay for the vouchers out of their budgets. The program cost Parma $2.1 million for 2019-2020 school year.

“We continue to suffer from what has really been right wing movement out of Columbus for really a generation now in terms of privatizing urban public education,” said Smialek.

OH Sen. Matt Dolan (R-Chagrin Falls) has introduced an amendment to an existing education bill that would prohibit schools with overall grades of A, B, C or D from becoming eligible for EdChoice vouchers.

Under the current rules, failing grades in subcategories, like graduation rates and K-3 literacy, qualify a school for the program.

The program was supposed to help students at struggling public schools cover the costs of private education, but even staunch school choice supporters admit the current criteria are flawed.

"I think we need to do something that will end some of these absurd results,” he said.

For example, under the current rules, students at Parkside Elementary in Solon, the district long considered the best in the state, will qualify for EdChoice vouchers next school year.