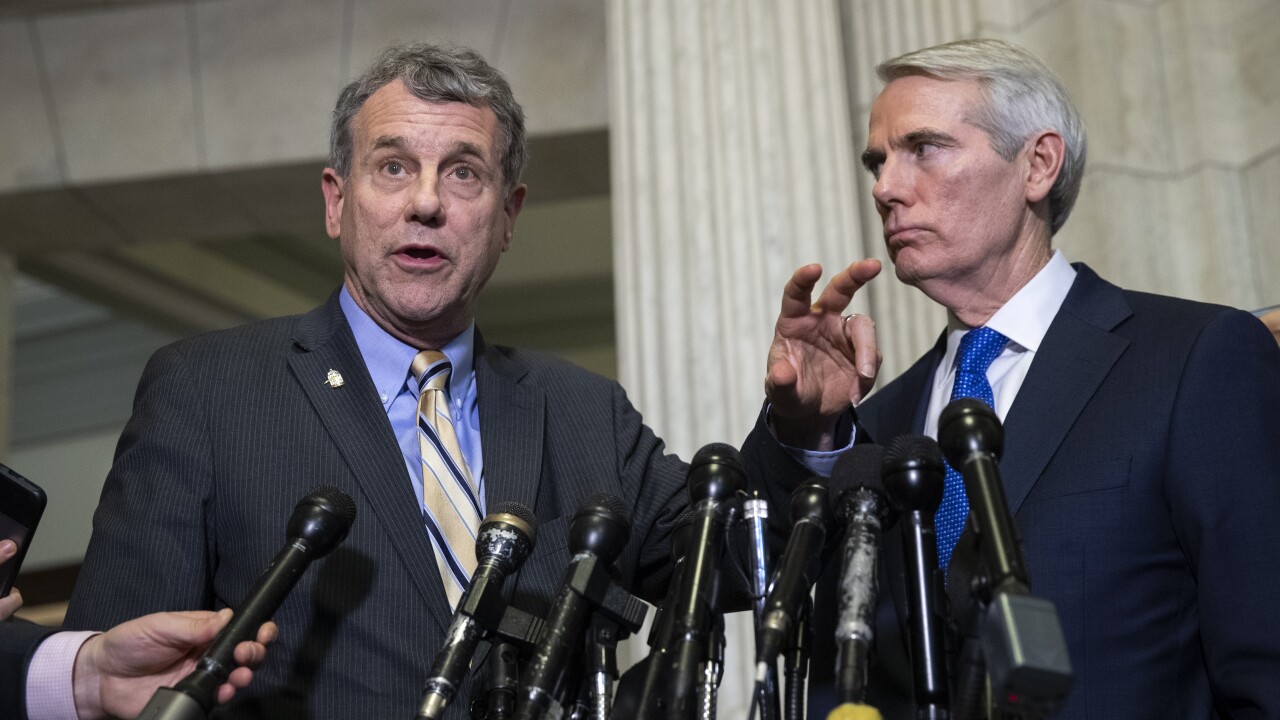 COLUMBUS — Ohio Democratic Senator Sherrod Brown had some harsh words for President Trump about his response to the coronavirus pandemic in a one-on-one interview with The Columbus Dispatch over the weekend. Ohio's Republican U.S. Senator, Rob Portman, earlier this month defended the administration's response, saying that the Obama White House would not have been any more prepared.

“Thousands more Americans died because of that, and millions of Americans are unemployed because the president didn’t recognize this early and do something about this,” he told The Dispatch.

Brown said the president has also refused to accept any responsibility personally for anything negative.

Brown also provided some facts about the country's response to COVID-19 that he says are under-reported:

-While the U.S. is only 5% of the world's population, we account for almost a third of COVID-19 deaths worldwide.
-South Korea's first case was reported just a day before the first confirmed case in U.S., but their government limited deaths to 262, and their unemployment rate is less than 4%, compared to the 14.7% rate in the U.S. in April 2020.

Read the complete story on Sen. Brown's interview with The Columbus Dispatch here.

Ohio's Republican U.S. Senator, Rob Portman, has made few public comments about the Trump Administration's response, but as a member of the president's Opening Up American Again Congressional Group, has recently focused on what Ohio and the country are doing to safely reopen. Earlier this month on the Senate floor, however, he did deliver a defense of the response in stark contrast to his colleague's assessment.