30-minute period allows students to get involved in activities, building community after tragedy

When more than 600 students at Northwest High School change class, it can be hard to see what’s happening under the surface.

CANAL FULTON, Ohio — When more than 600 students at Northwest High School change class, it can be hard to see what’s happening under the surface.

“We have kids that are in crisis,” said Principal Larry Tausch. 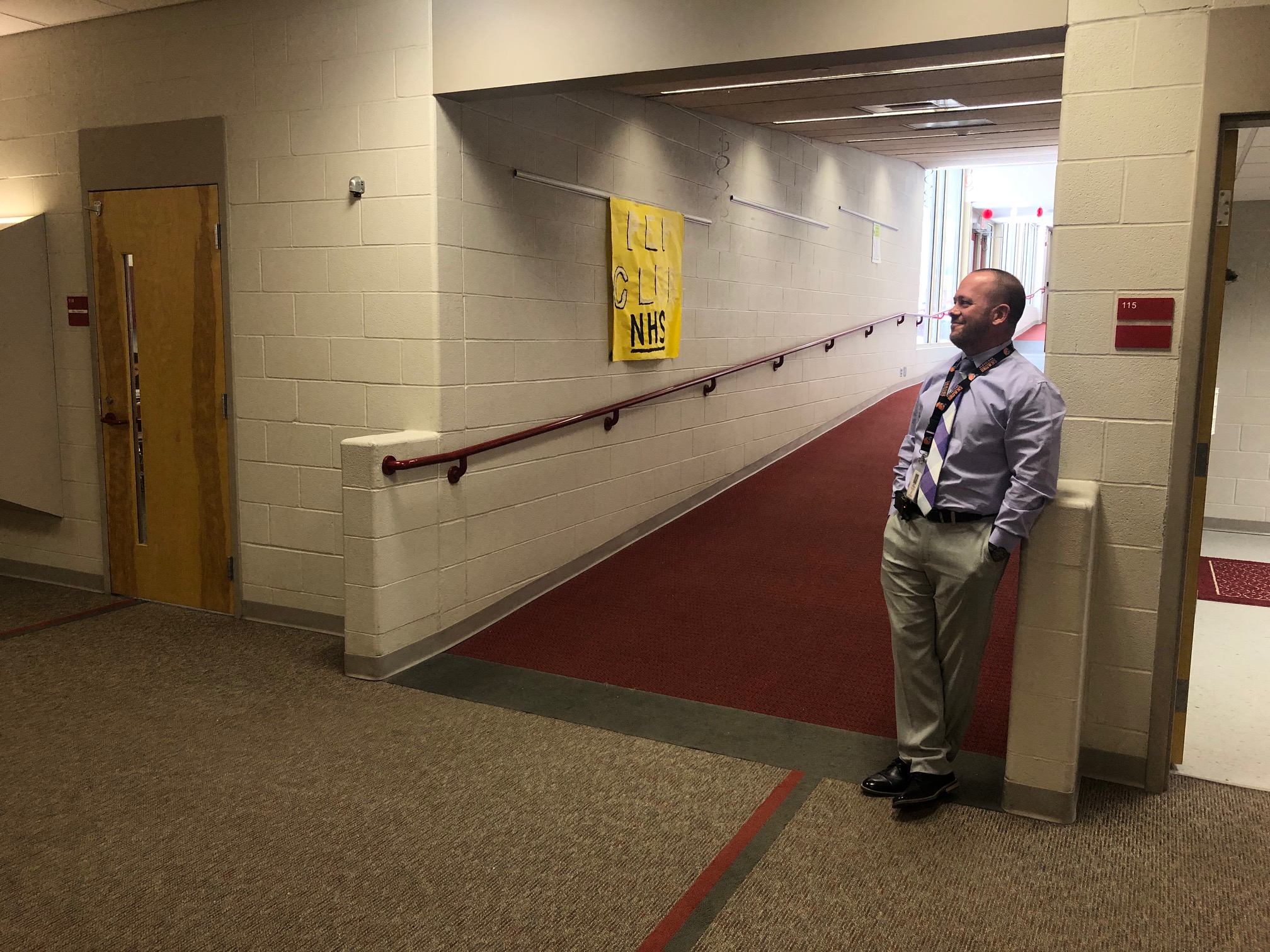 Principal Tausch stands in the hallway while students go from one class to another.

He says last year, five or six students would spend hours with him, other administrators, or professional counselors just trying to keep it together.

“Depression, anxiety, kids that were crumbling in front of us and then many of them were threatening suicide,” said Tausch.

Across Stark County, it wasn’t an empty threat.

A dozen young adults took their own lives over about eight months, including two students at Northwest High School.

That prompted mobile crisis counselors to mobilize in the region and the Centers for Disease Control (CDC) to come to Stark County to help students.

Signs with positive messages are in the hallway and on lockers, like this one reading: 'This school is out of sight, our future's looking bright!'

At the start of the 2018-2019 School Year, Northwest High School’s Show Up Committee created an intervention period before school for Freshmen and Sophomores. The groups of eight or nine students for every teacher allows students to get extra academic help on some days, but also teaches them about how they relate to the community around them. 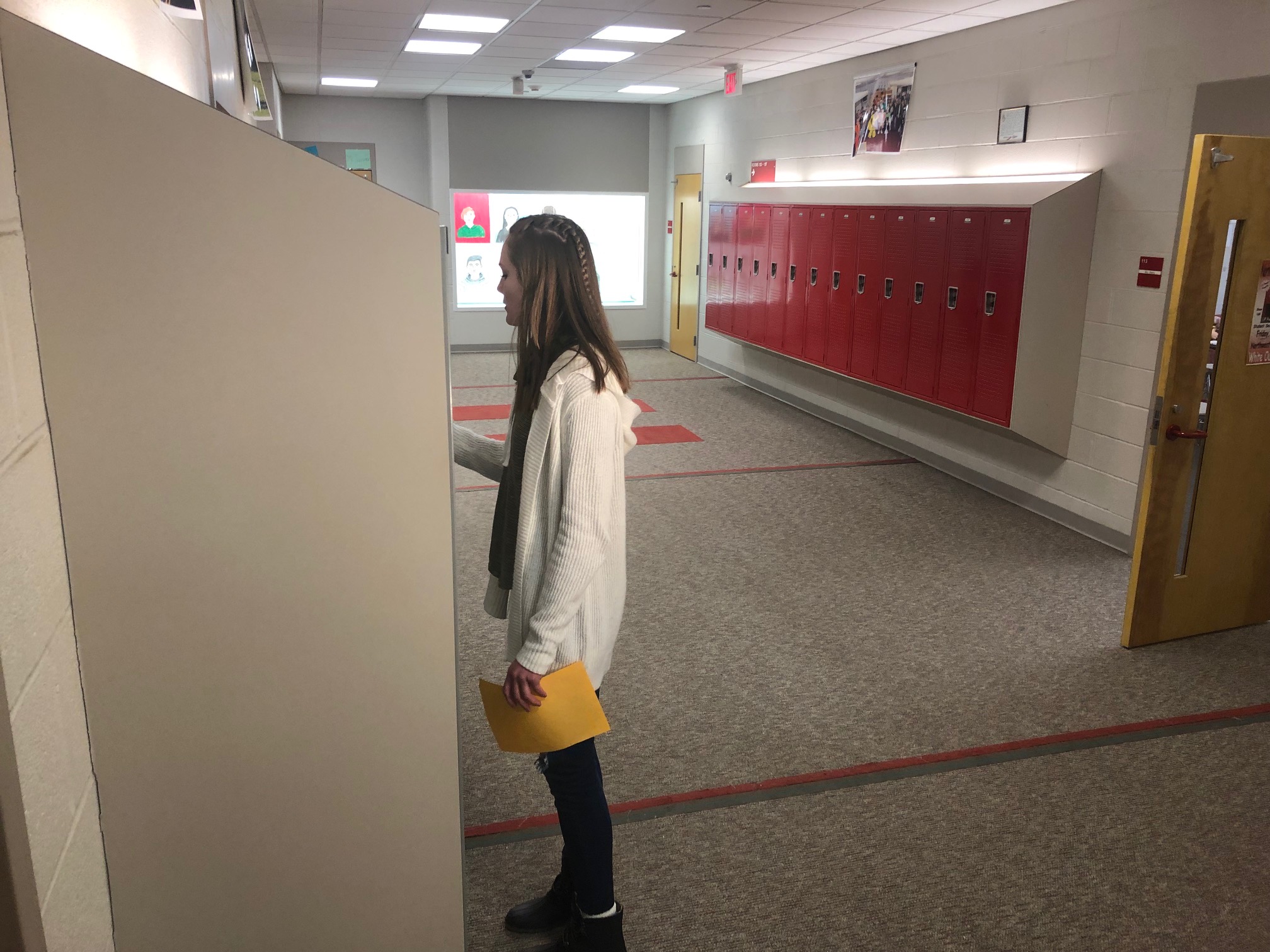 Riley opens a locker in the Northwest High School hallway in between classes.

Cudnik agrees with Principal Tausch’s observation that the small change is having a big impact in the general mood of students this year.

“We’ve seen through intervention kids finding themselves and seeing how they can make a difference in school,” said Cudnik. 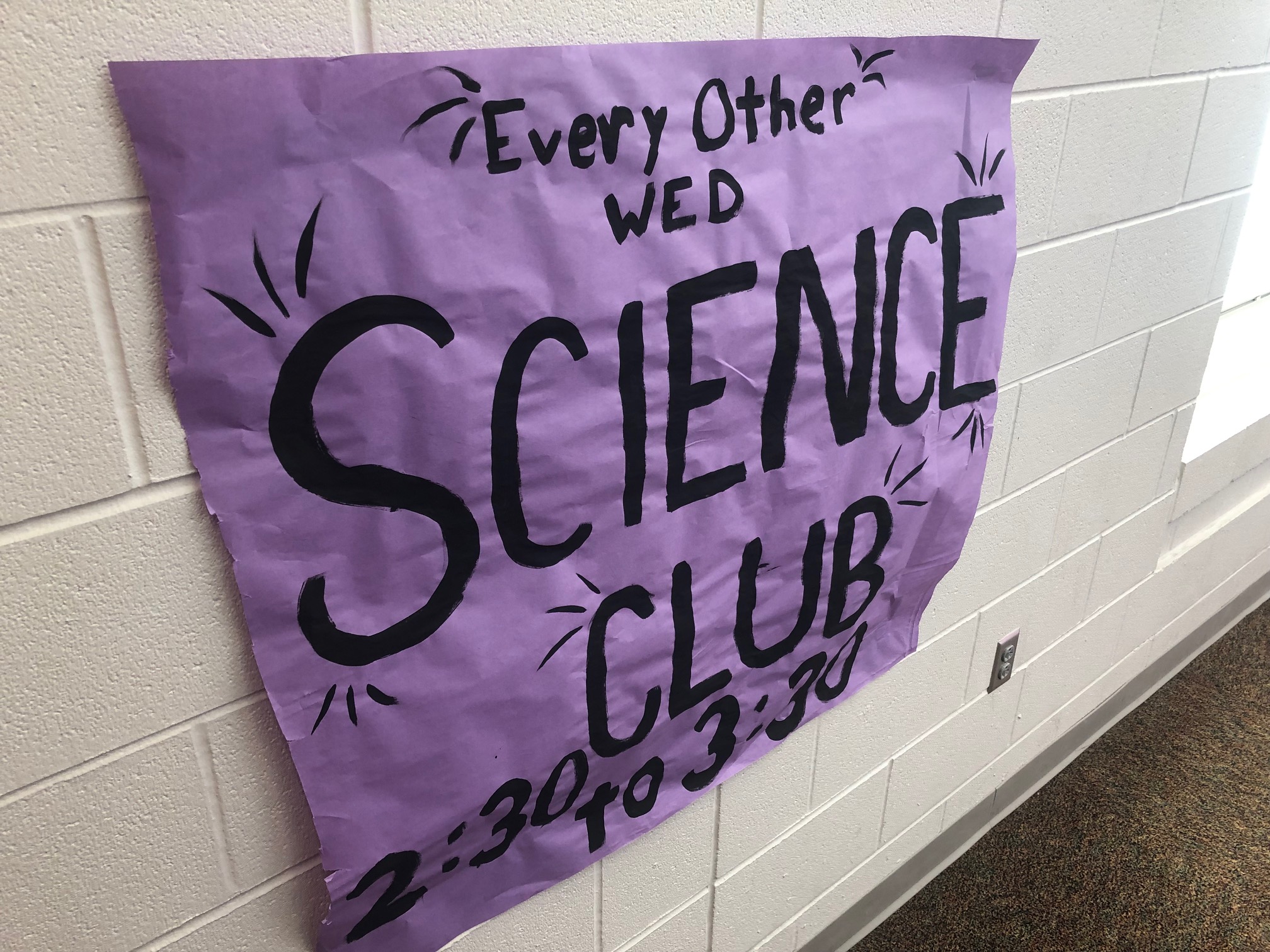 Posters for the Science Club are taped to the walls in the hallway. Next year, students will be able to participate in those clubs during the school day.

The school judges the success of the program on how many students are absent or in crisis each day.

In the 2018-2019 School Year, Tausch says there were about 100-150 of his more than 600 students absent each day with five or six working with administrators or counselors for hours each day. 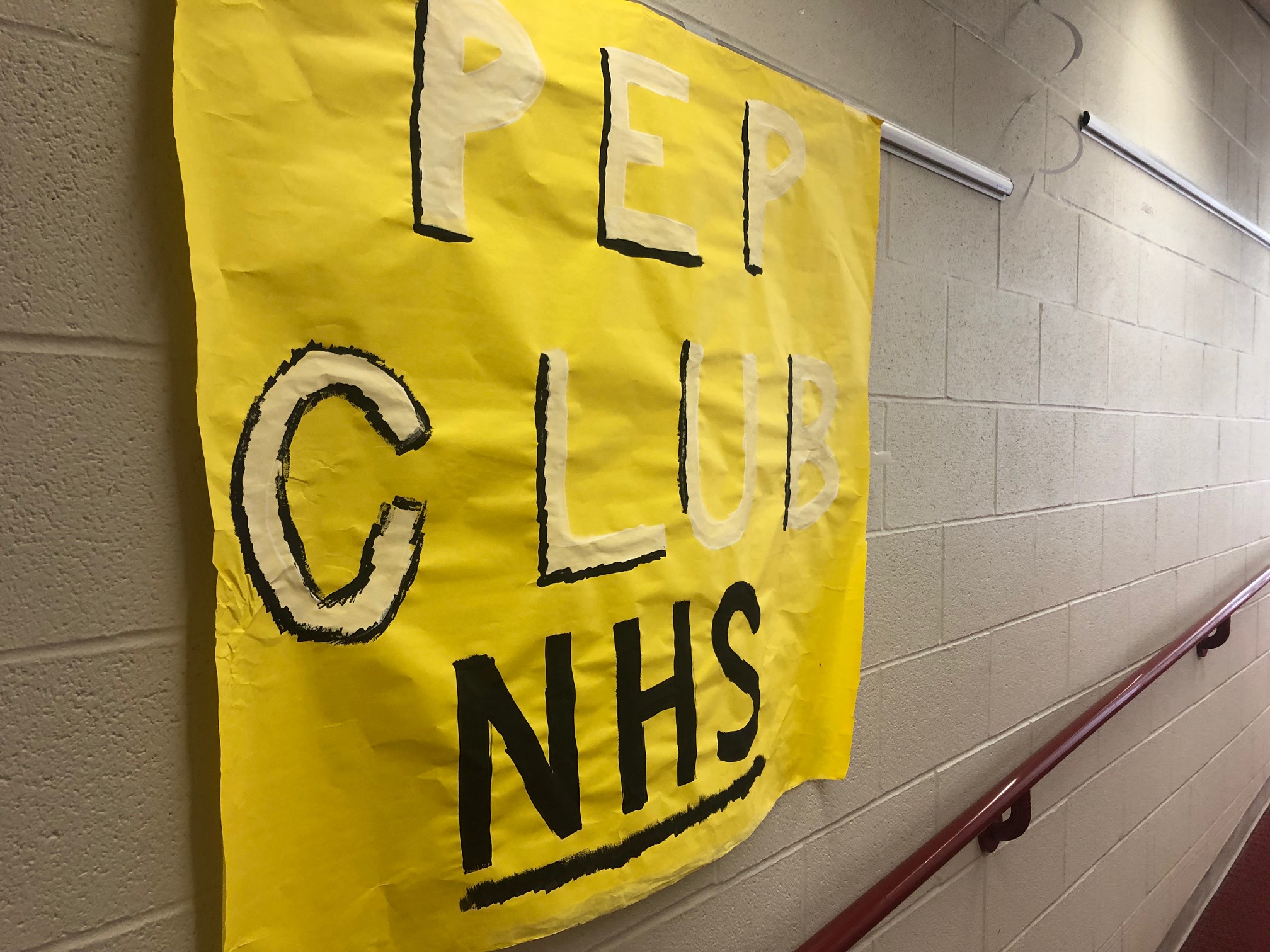 A poster for the Pep Club hangs at the start of a hallway.

With the intervention program before school, Tausch says half the number of kids miss school each day, and only a few kids need professional attention each week.

“We have 50 minutes for Language Arts, 50 minutes for math and so forth, so it doesn’t add to those minutes but it might be the most important thing we do during the day,” said Tausch. 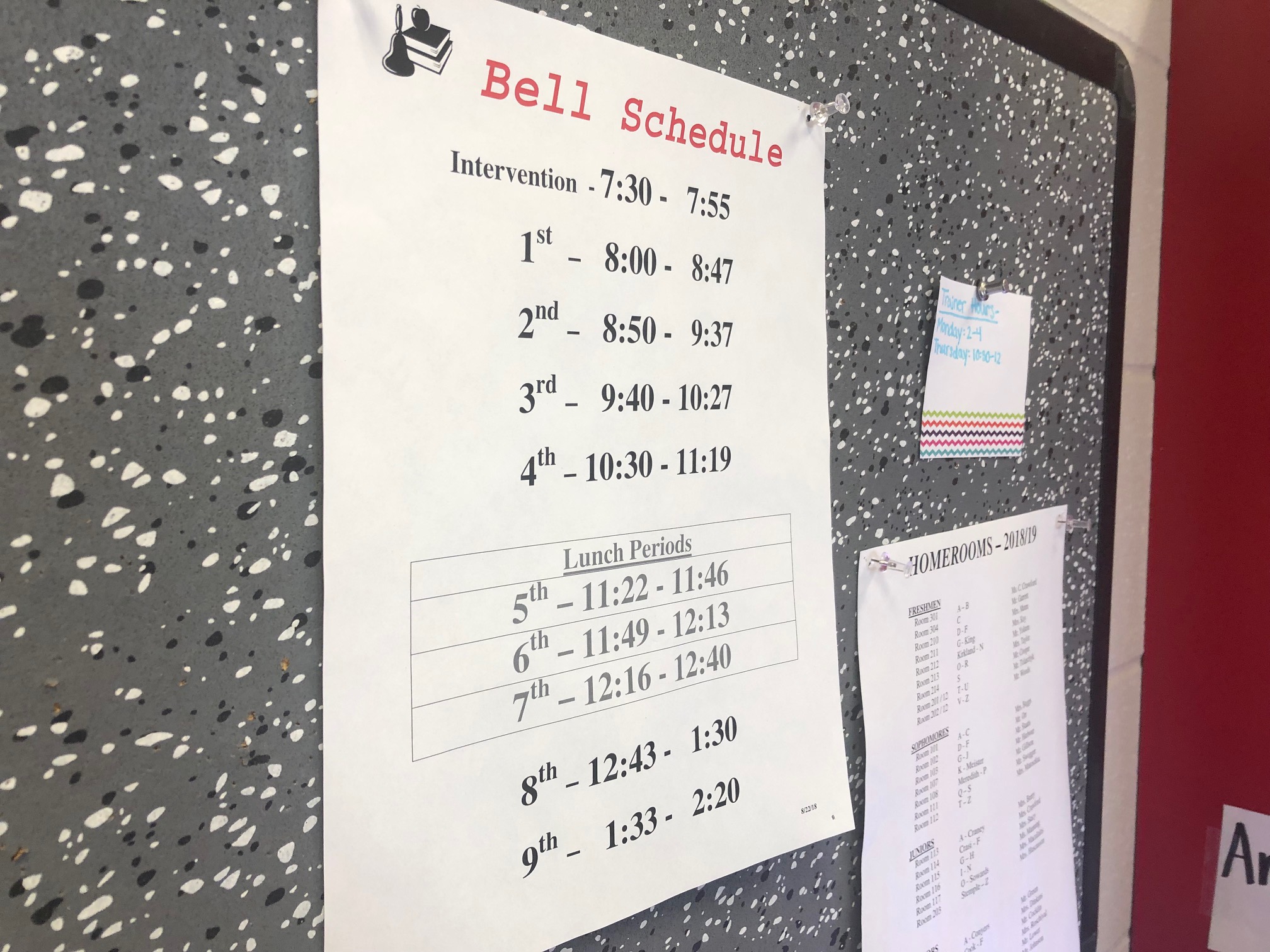 Next year's school day schedule will have a 27-minute period between fourth period and lunch called an Advisory Period.

Near year, Principal Tausch is doubling down on the idea.

Instead of just freshmen and sophomores, the whole school will have an Advisory Period right in the middle of the day. It’ll avoid after-school family, work, or sports commitments that often keep kids out of clubs and extra-curricular actives and give them another way to connect to the people around them.

“The best indicator for a kid who’s in a good place socially and emotionally is a kid who’s attached to their school and involved,” said Tausch. 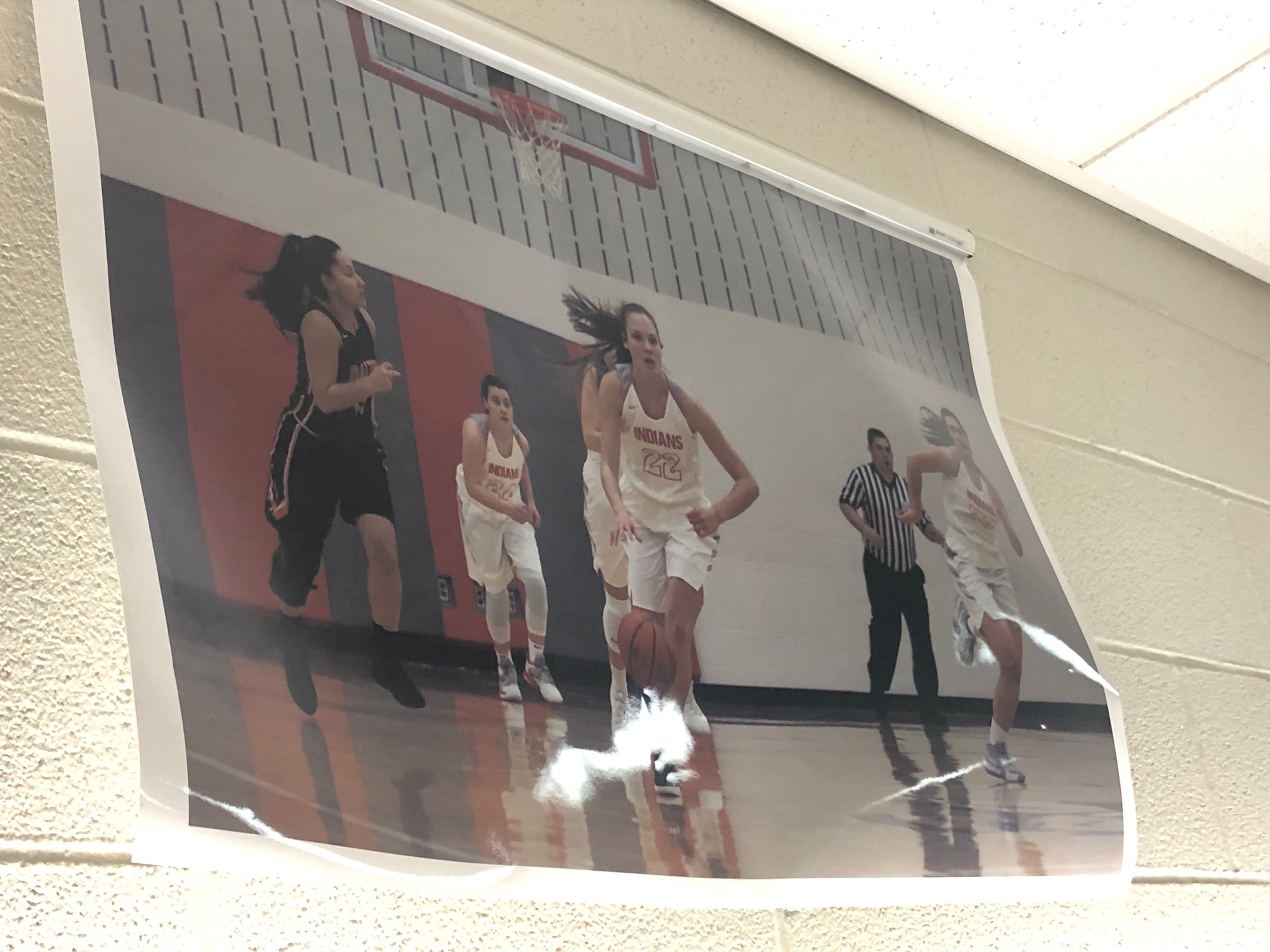 A poster hanging above lockers shows Riley on Northwest High School's basketball team. Other posters that line the halls show other students involved in sports or other extra-curricular activities.

Tausch said experts from the CDC told educators they should strive to get as close to 100 percent of their students involved in activities as possible, understanding that 100 percent is likely not attainable. Tausch says with the Advisory Period in the middle of the day, 100 percent participation isn’t out of reach as long as they can create enough clubs to find something that intersects with students’ interests.

It will also open the door for clubs and teams that don’t exist yet at Northwest High School, with no idea that will catch student’s attention too far-fetched.

“My Secretary says, ‘I want to start a Crochet Club,’ and I’m like, ‘Okay,” said Tausch. “And three girls were there and they’re like, 'I’d be part of that.'”

It's a small change to the daily schedule that could bring huge improvements.

“Kids I never would have thought of are taking a more active role in the school helping out classmates,” said Cudnik.

“They don’t want to go back to last year either,” said Tausch. “I mean they want nothing to do with it.”