Once the third largest store in the US, historic May Co. building on Public Square no longer ignored

In the smile of downtown Cleveland, the May Company Building on Public Square has been the missing tooth. Ignored for years since it last served its original role as a department store in 1993, is now getting new plans to reveal its next chapter. 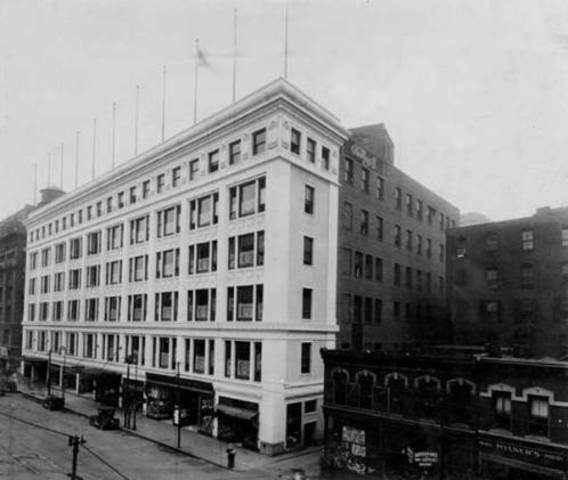 The building was acquired last year for $12 million by Bedrock-Detroit, a real estate company with ties to Cavs Owner Dan Gilbert. Plans presented to the city's landmarks commission show the long-range goal to convert the property into apartments, 308 in all ranging from one to three bedrooms. The building also features an interior garage with entrance off Prospect Avenue that features 519 spaces on floors two through five.

The plan is to then convert the roof of that garage on the sixth floor into green space open to the skies above for residents to use. Other outdoor spaces in the renderings presented by Geis Companies show the 9th-floor rooftop space with room for entertaining, some of which will be open to the public.

Converting an old department store is nothing new for Gilbert who opened his casino in the former Higbee's Department Store. In fact, his company looked briefly at the May Co. Building in 2011 before opting for the sight of the old Columbia building on Prospect that was torn down to build the casino's parking garage and eventual walkway.

Gilbert's companies also acquired the May Company parking garage at Prospect and Ontario which was built in 1963 and has 670 spaces that offer additional casino parking. Work has already begun to repair that garage known best for the "Tilted Kilt" restaurant that occupies the first-floor corner.

Gilbert's companies also control the Ritz-Carlton Hotel and offices beneath as well as the Shops at Tower City Center.