There are still about 400,000 hunters in Ohio but he says there were 3,000 fewer this past hunting season.

“In Ohio, hunting licenses are down about 24 percent over the last ten years,” said Malloy. 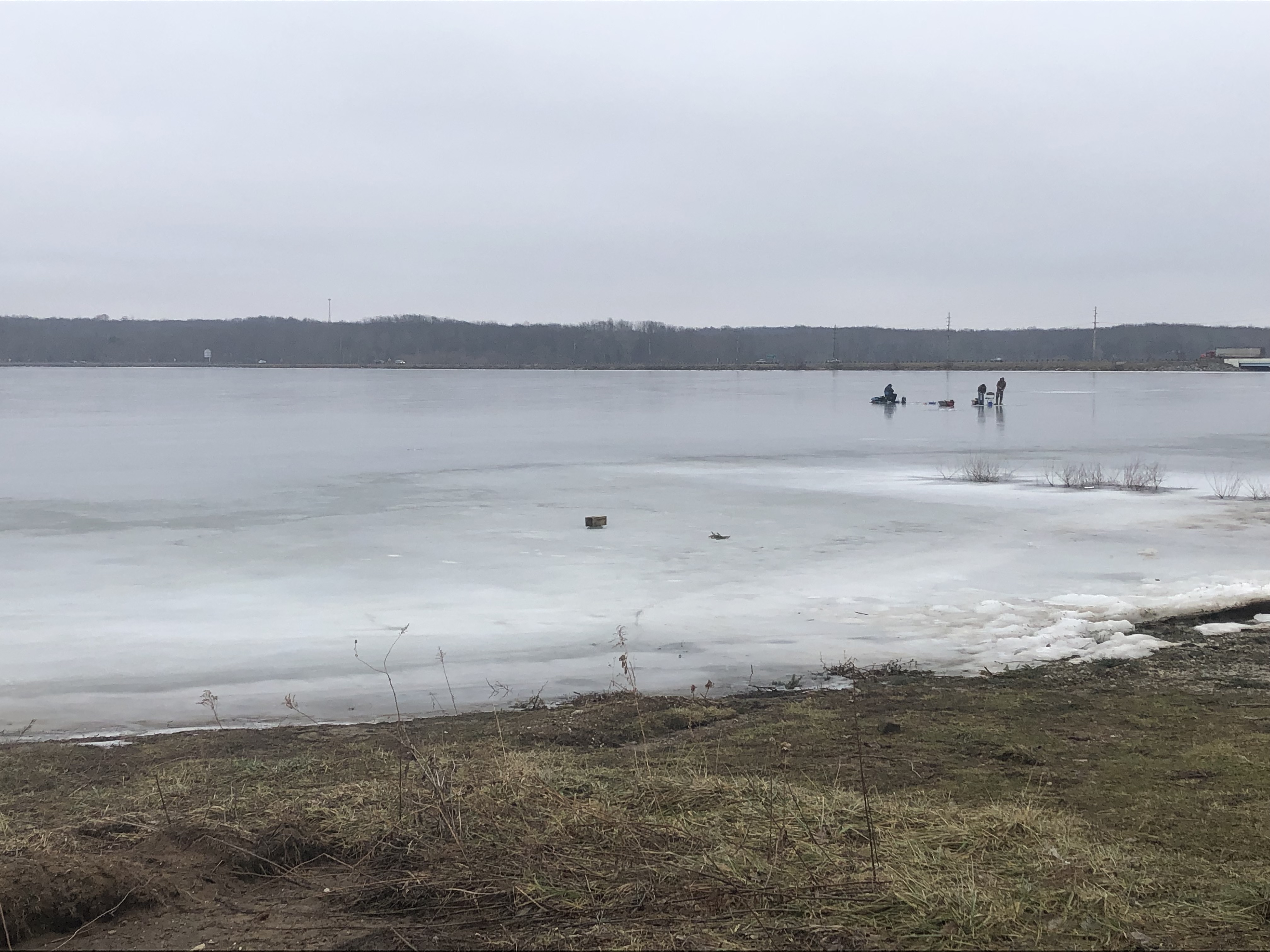 People brave the elements to ice fish on Ladue Reservoir.

The Ohio Department of Natural Resources (ODNR) says fishing licenses are seeing a similar trend, and what’s happening in Ohio is mirrored across the nation.

Malloy says part of the problem is urban development in what used to be considered country land.

“What used to be a 50-acre plot where someone could run around and enjoy Mother Nature is not 3 acres of woods and a whole bunch of streets named after what used to live there,” said Malloy. “Pheasant run, deer hill, things like that.” 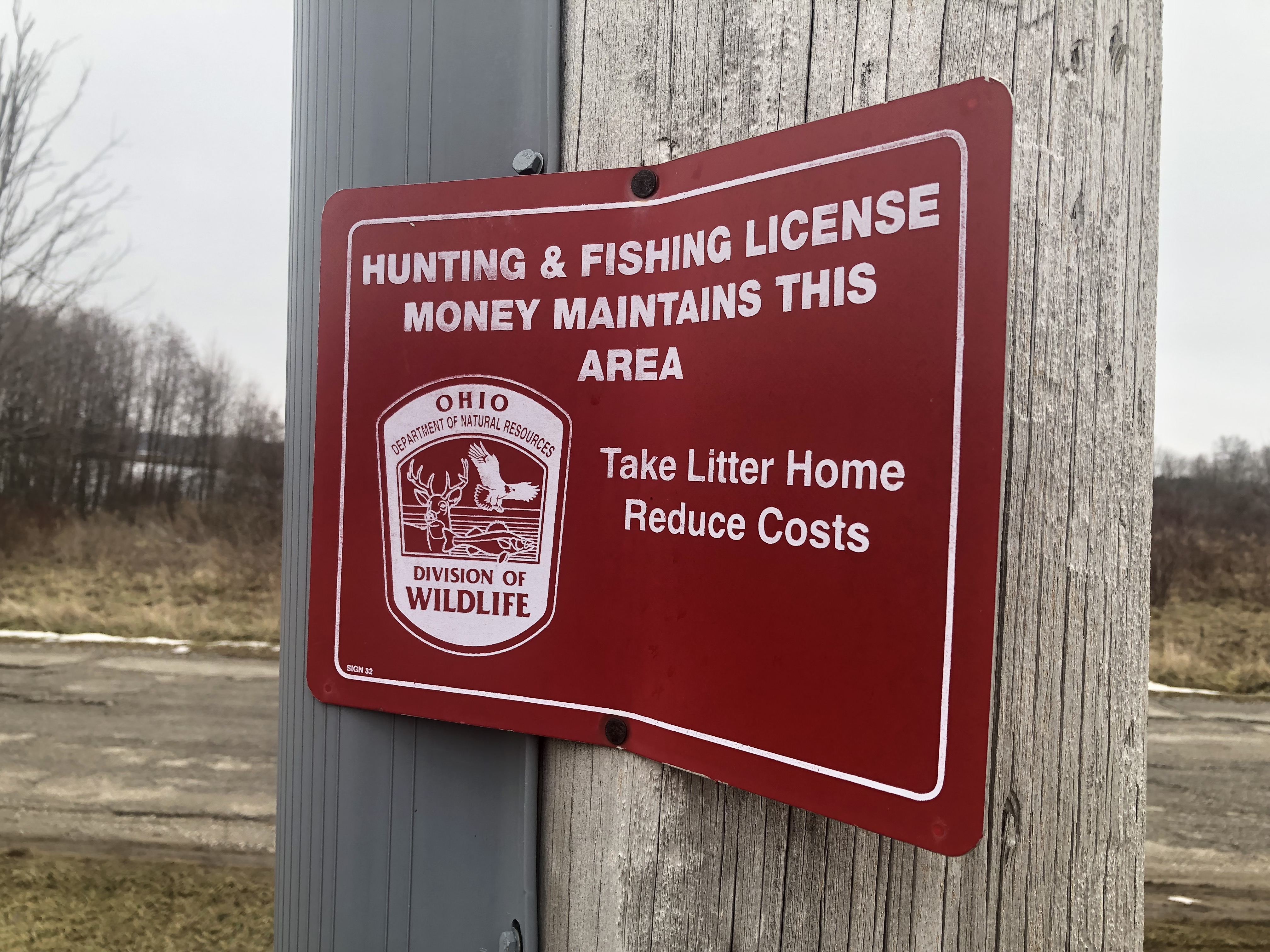 A sign near Ladue Reservoir tells visitors that the area is maintained by licenses that ODNR says have been less popular each year for decades.

Fewer hunters and less fishing creates a problem because the conservation work that protects Ohio’s wildlife is funded through fees on hunting and fishing licenses, and through taxes on the equipment.

“What really worries us is in the outdoor community is who is going pay for conservation,” said Malloy. 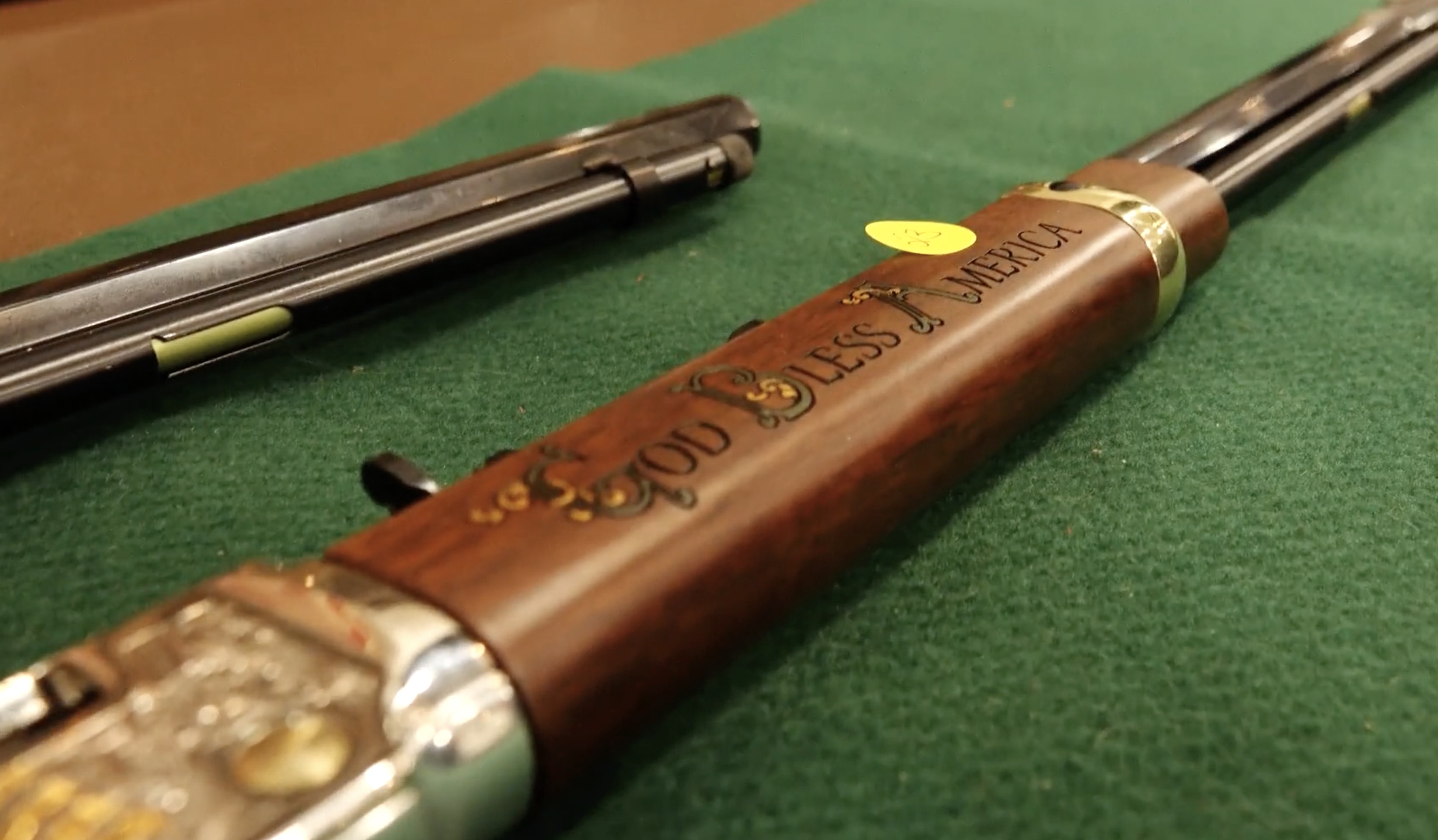 A gun with "God Bless America" inscribed on the wood sits at a Whitetails Unlimited fundraiser.

The ODNR tells News 5 that over the decades that hunting and fishing has declined, the department has cut the number of employees, spent less on habitat management, and taken on fewer conservation projects.

Malloy says that could mean less wildlife in all of our lives.

“The reason we have Bald Eagles and falcons in downtown Cleveland and Snowy Owls at the airport is because of hunters’ dollars that have paid for biologists to go out and study those animals also,” said Malloy. 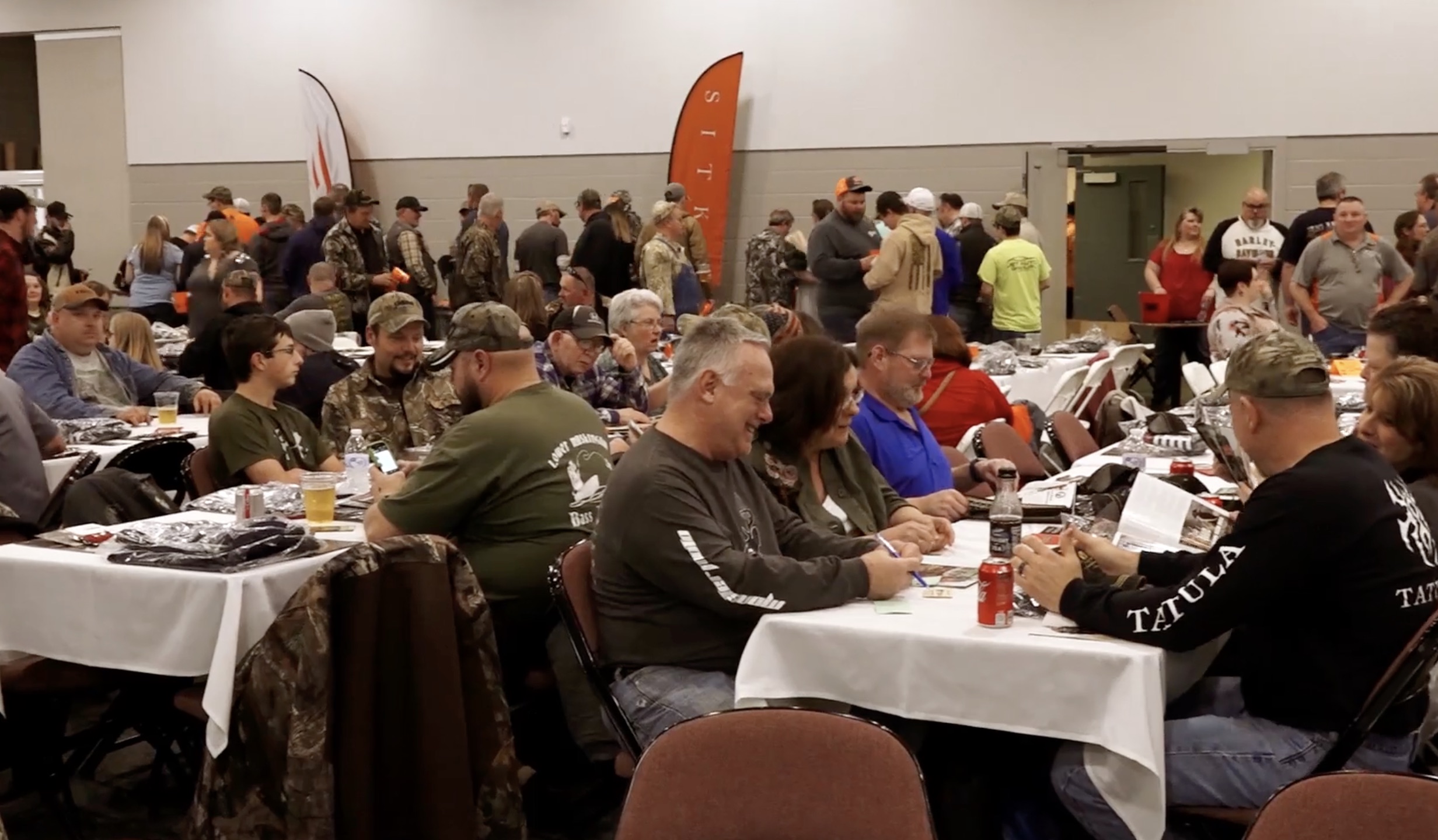 That’s why conservation groups like Malloy’s, Whitetails Unlimited, have started making up the funding gap.

Fundraisers that used to be mostly for men are now tailored towards the entire family to encourage everyone to hunt. Where archery programs have gone away in some school districts, Malloy says hunters are buying the equipment to expose students to shooting a bow and arrow again.

“We need to help our Game Wardens,” said Malloy. “We need to buy equipment for the Game Wardens. We need to pick up the slack that the hunting license law used to pay for.”

Hunters say they expect Governor DeWine’s Administration to be more friendly to hunters than Governor Kasich’s. Conservation groups say they hope that will help unite other sportsman groups to help close the funding gap.