CLEVELAND — While the wind whistles past the closed Dave's Market on Payne Avenue, a handful of would-be customers are finding out the market has closed for good.

"I just go there for lunch," said Curtis Prince after finding out the market was closed. "There aren't a lot of stores out here like Dave's around here." 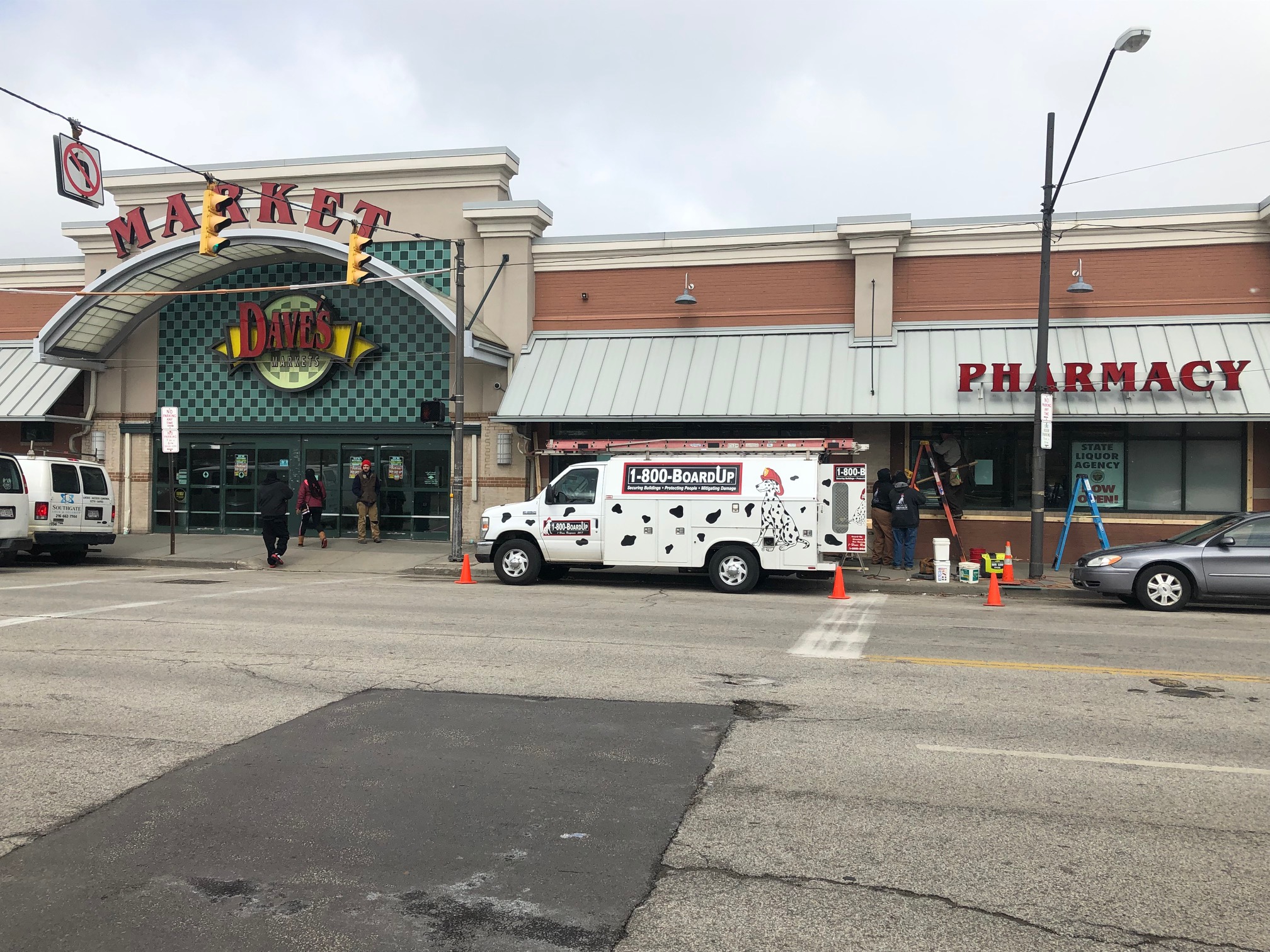 Would-be customers walk up to the Dave's Market door before realizing the market had closed for good on Sunday.

"We wanted to be geographically in a location where we could best service the various neighborhoods across the east side of Cleveland in one home," said Saltzman. 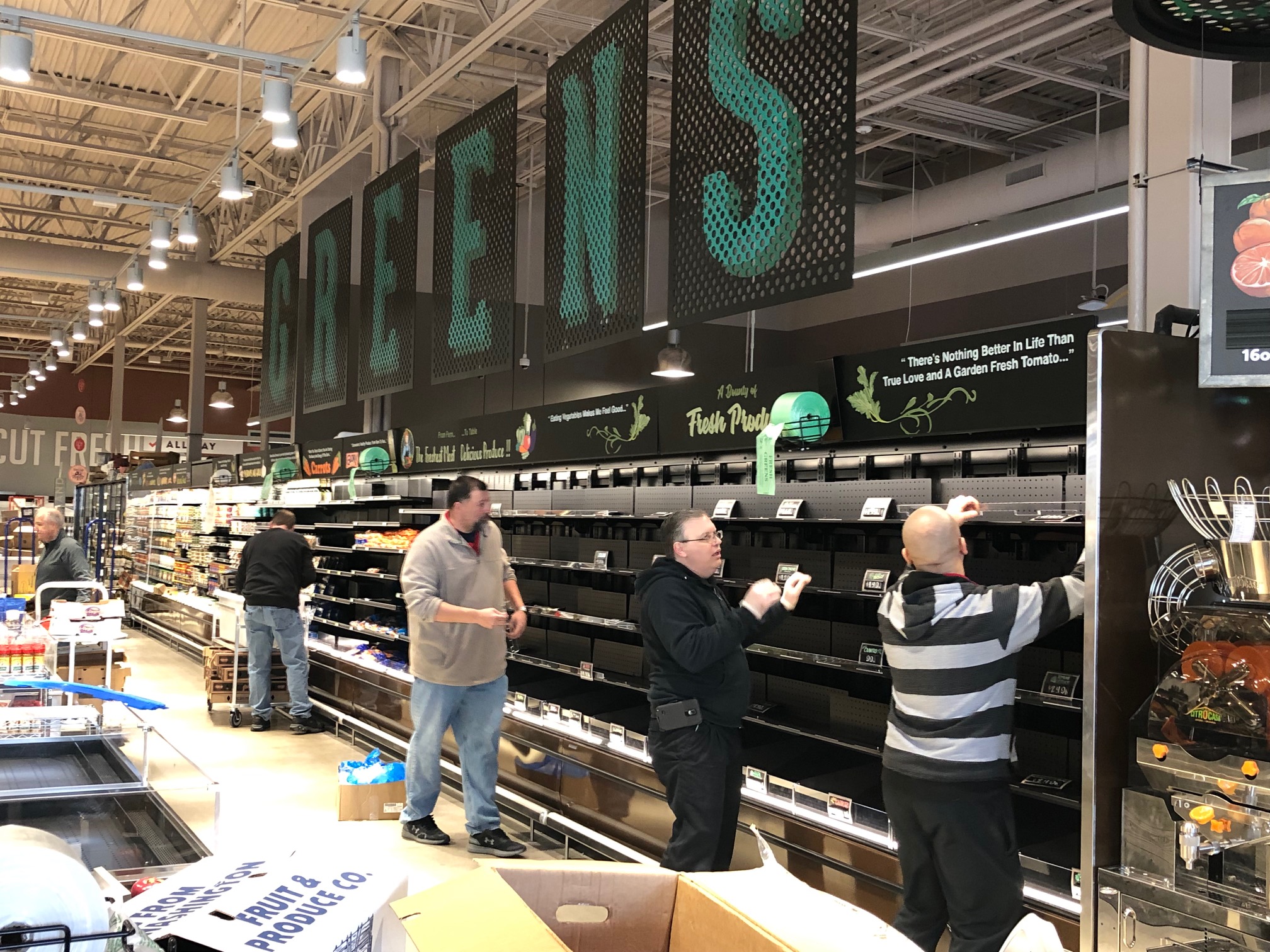 Workers assemble shelves in the new Dave's Market while other employees stock shelves ahead of Wednesday's opening.

He says the old store, which opened about 90 years ago, just couldn't keep up with the services the family wanted to provide. The new store has more amenities, but is too far away for most people near Payne Avenue to walk to

"You got old people down here that don't have a car," said Prince. "They're normally walking to Dave's." 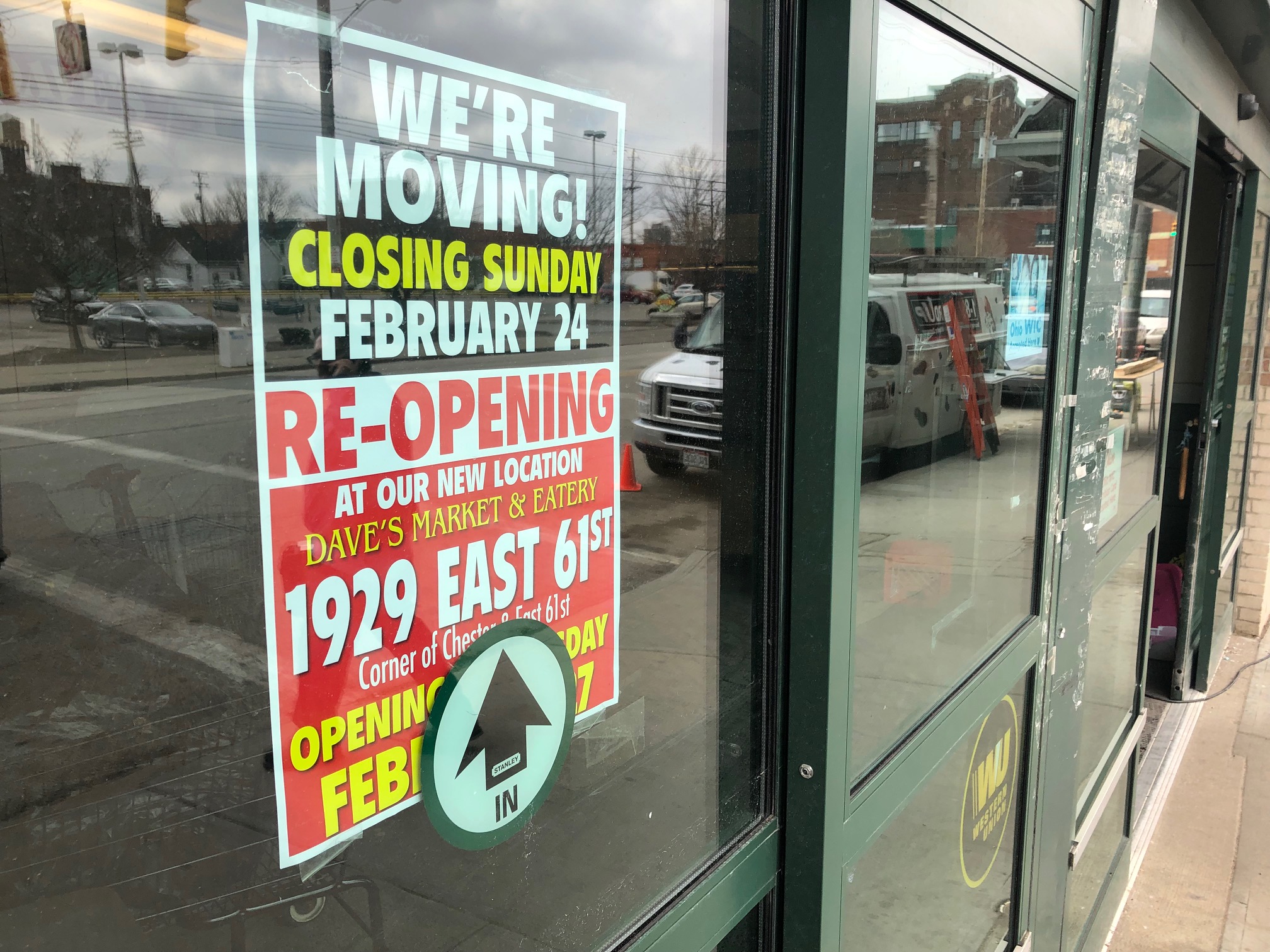 The sign on the door tells customers at the Payne Avenue Dave's Market that the store is closed.

Shuttles to the Store

Saltzman says the Dave's Market ownership is committed to remaining a hub of the community, even if they have to drive customers to the new store themselves.

"From the beginning, it was our commitment to provide a path forward for a way to help them," said Saltman. "That ultimately led to a complementary, free of charge, shuttle service that we're going to be offering." 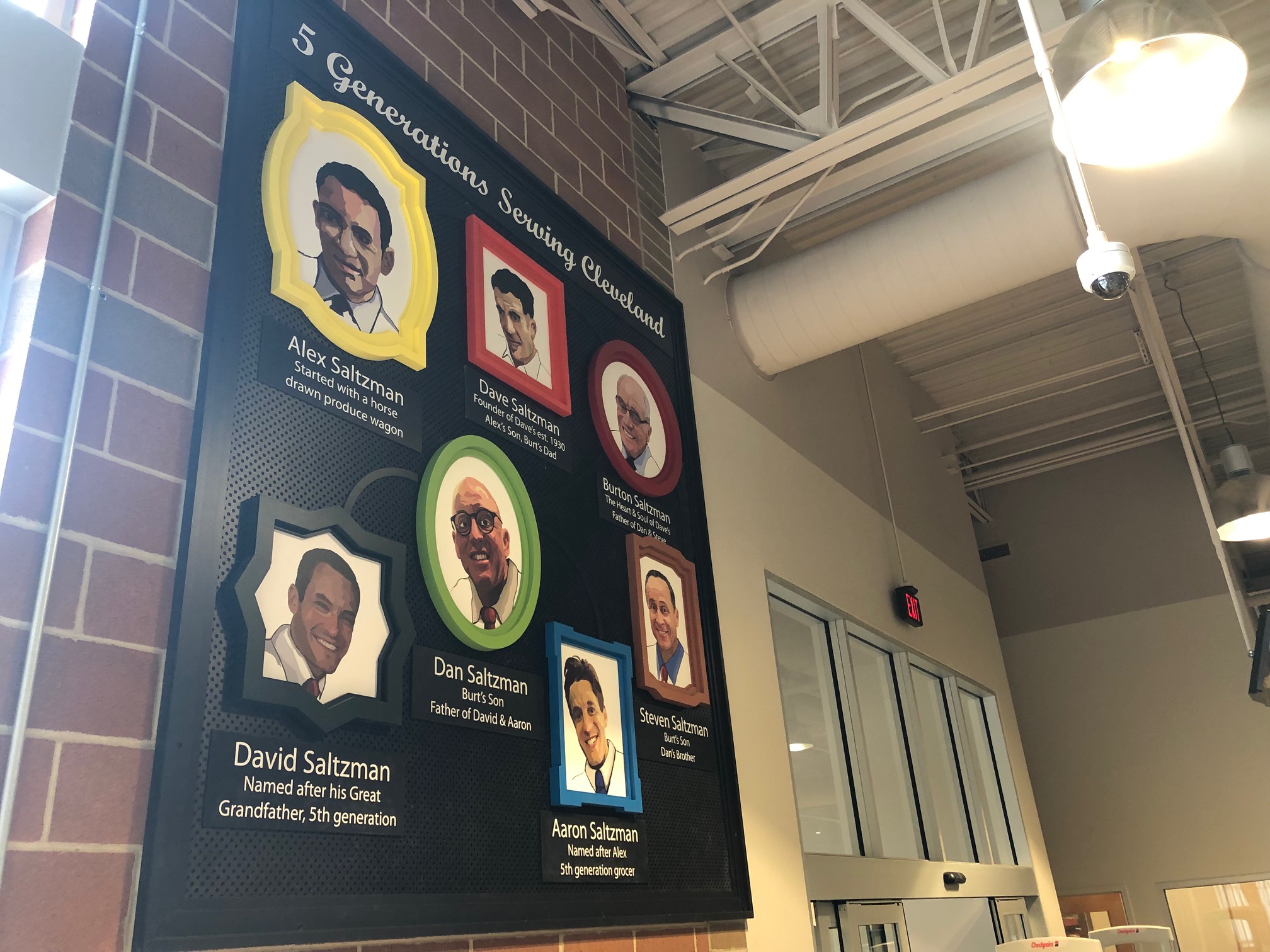 A sign inside Dave's Market traces the company's ownership back to Aaron and Dave's Great-Great-Grandfather, Alex.

The shuttle starts on Saturday, March 2, and will give shoppers roughly an hour to shop before shuttling them back to where they were picked up from. Saltzman says the plan is to run it for the foreseeable future.

Shuttles will run from:

Prince says he went to Dave's Market on Payne Avenue twice a week for their ready-made lunches and dinners.

"You just can't go into the store and grab some chicken, macaroni and cheese, and a salad," said Prince. 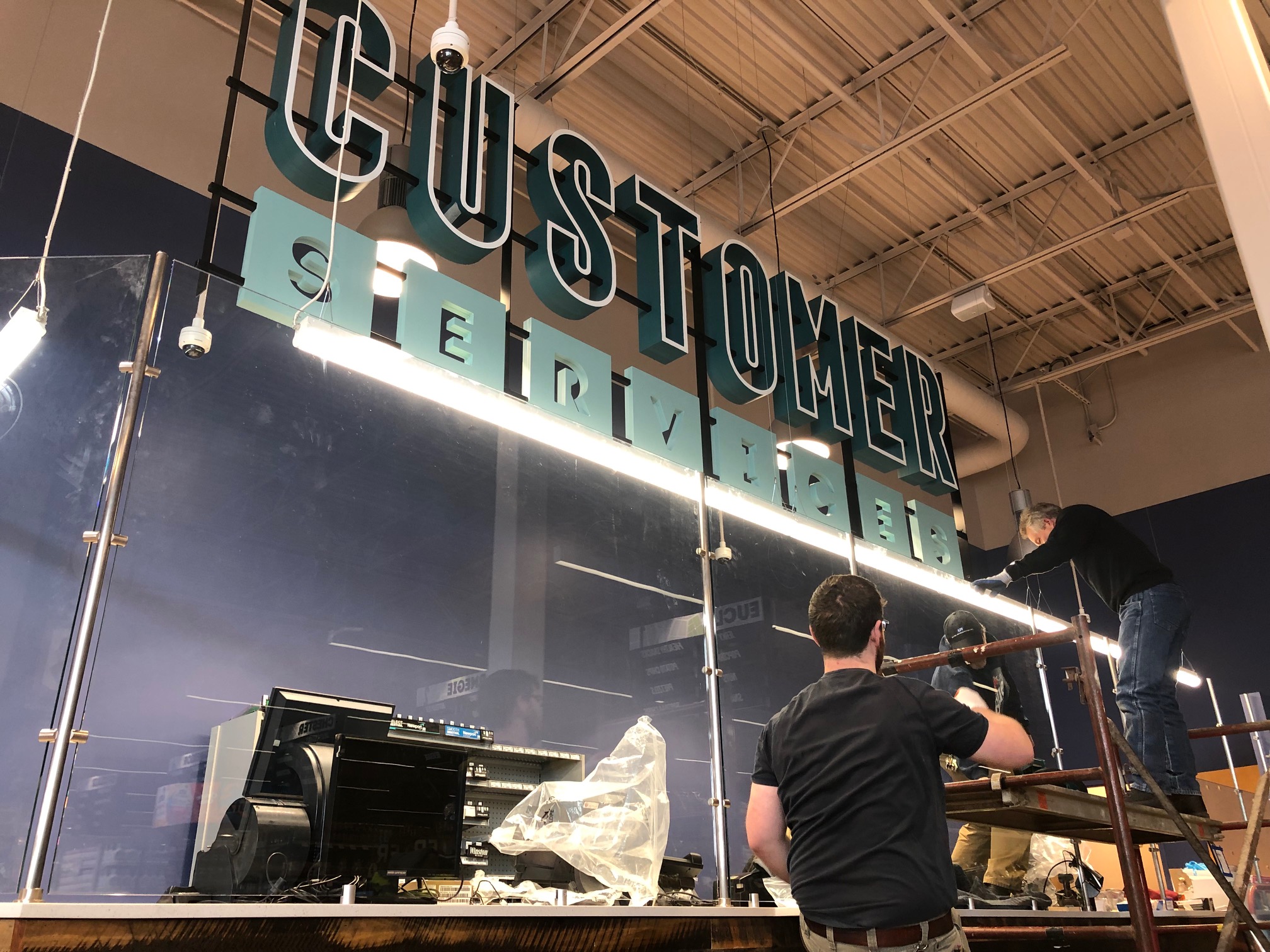 Workers install the glass around the Customer Service desk in Dave's Market.

Dave's Market was the place where he could get those things.

The new store is big enough to meet those needs and many more. The new location was built from the ground up, has a bank, pharmacy, liquor store and eatery. 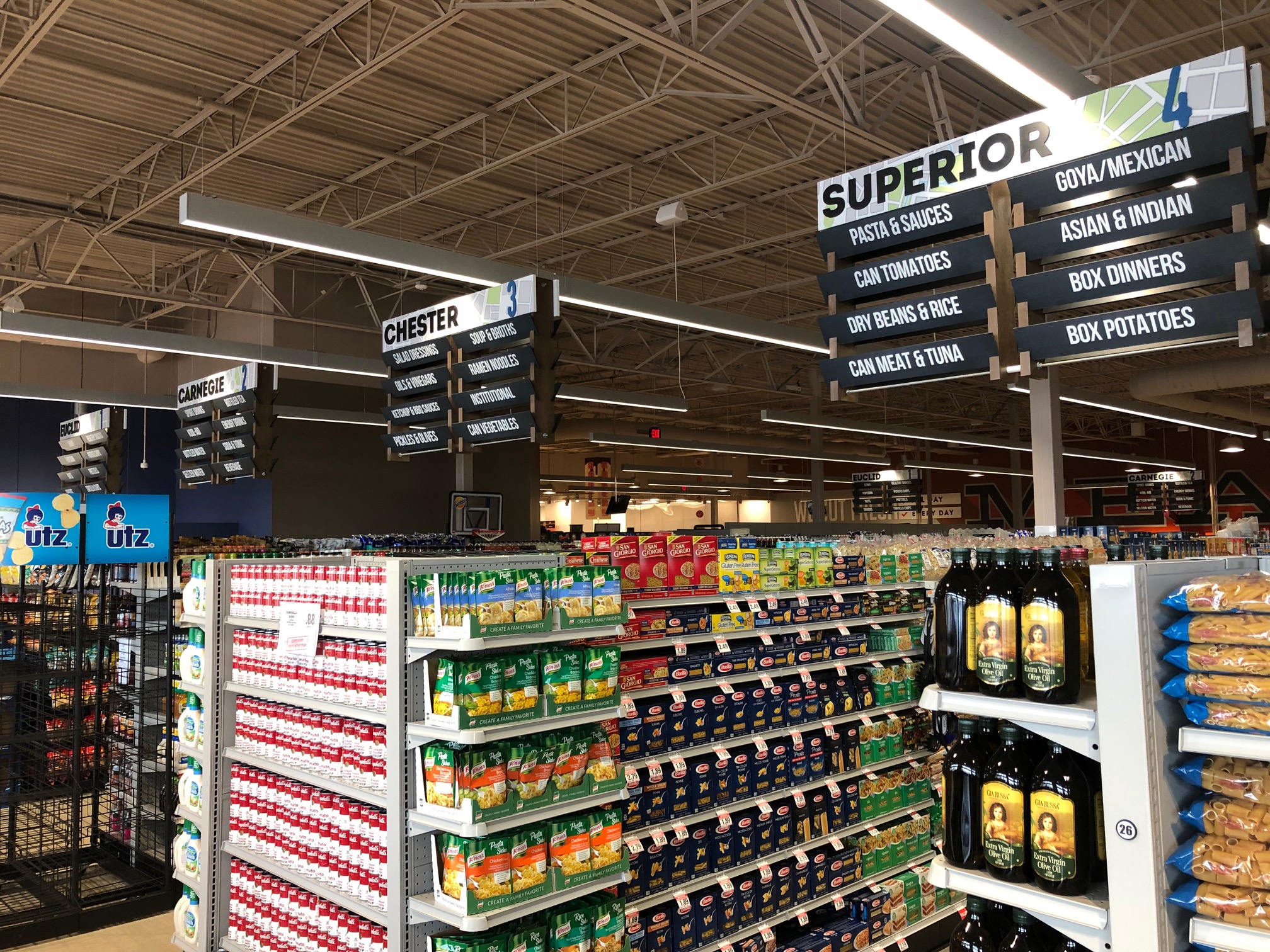 Aisles are named after main streets in downtown Cleveland.

But for many people, Dave's is more than just an experience. It's a necessity. 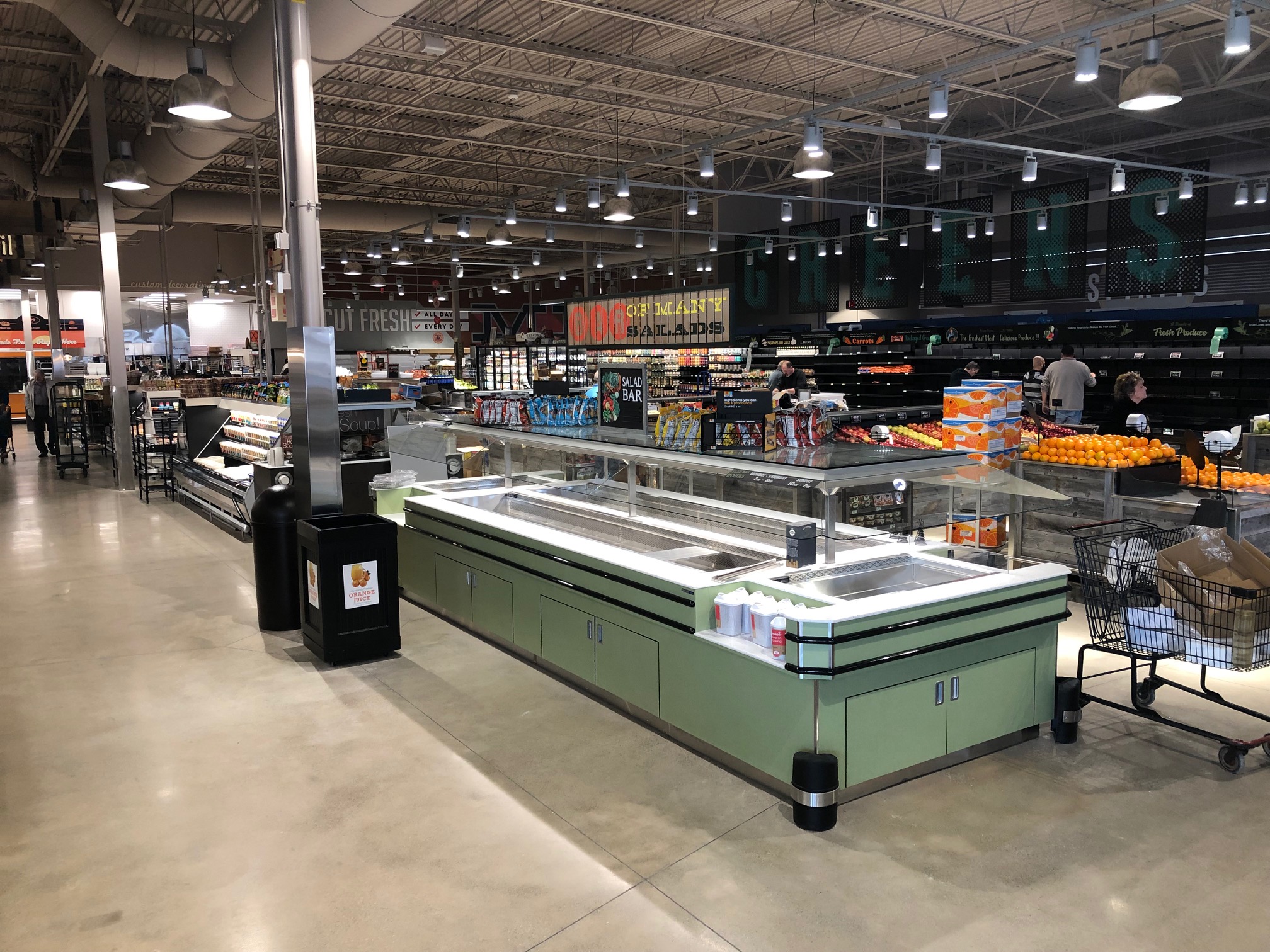 Food stands wait for product to display before Wednesday's opening.

The Cuyahoga County Board of Health created the map below. Everything in orange shows where people are living in poverty more than a half mile from a grocery store. 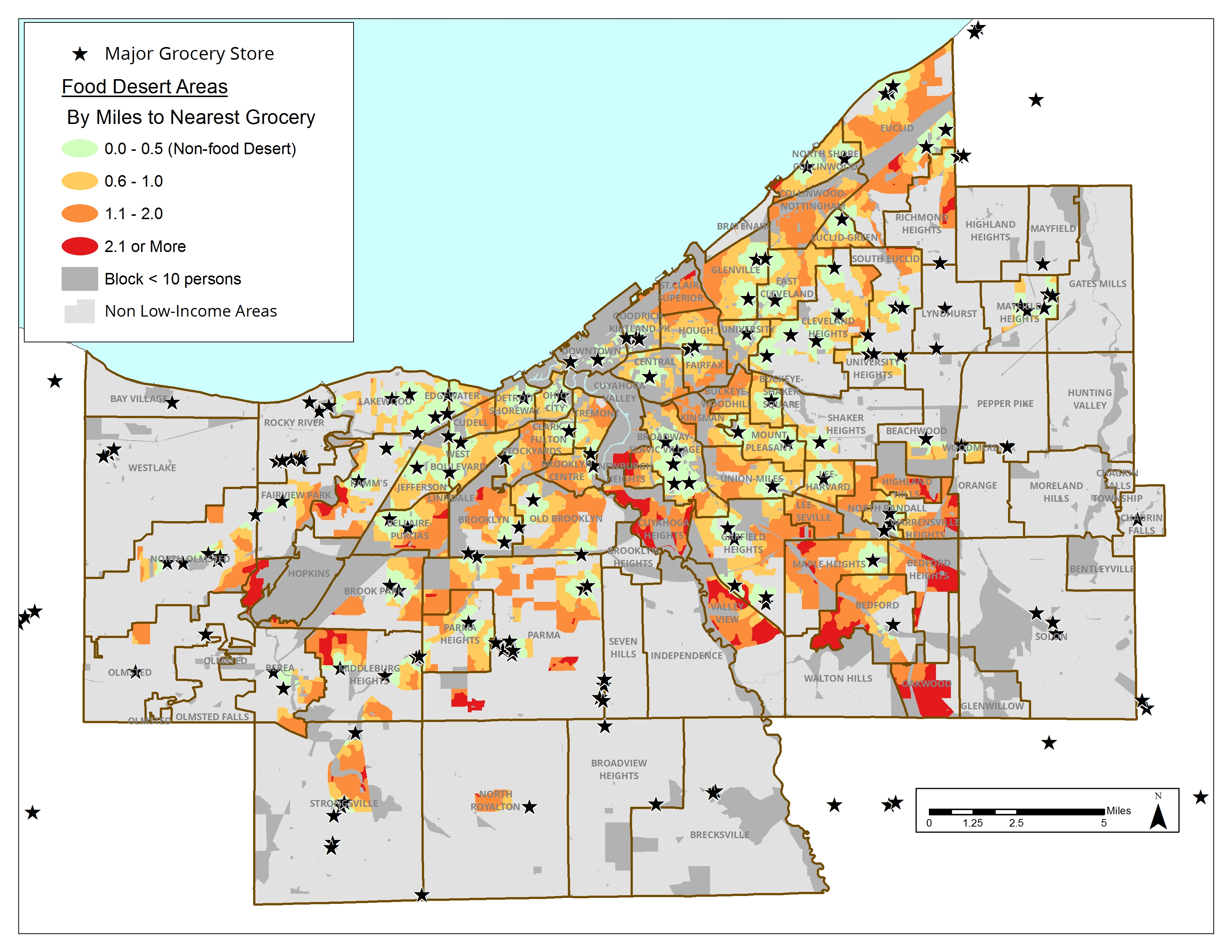 Courtesy: Cuyahoga County Board of Health.

On top of shuttles to the new location, bringing in residents from a larger area even if they don't have a car, the new location also has large meeting spaces that will host healthy cooking classes that are scheduled through May.

"Hopefully, through the things we do and doing these things at the level we believe we can, we're there for them," said Saltzman.