11 performances over four days all around greater Cleveland, trying to get one simple message across to people in northeast Ohio: You can love yourself.

CLEVELAND — 11 performances over four days all around greater Cleveland, trying to get one simple message across to people in northeast Ohio: You can love yourself.

Improbable Players is a theater troupe in Boston and New York that has been spreading the message about the dangers of addiction for more than 30 years. All the actors are in recovery for alcohol, drug abuse, or both. 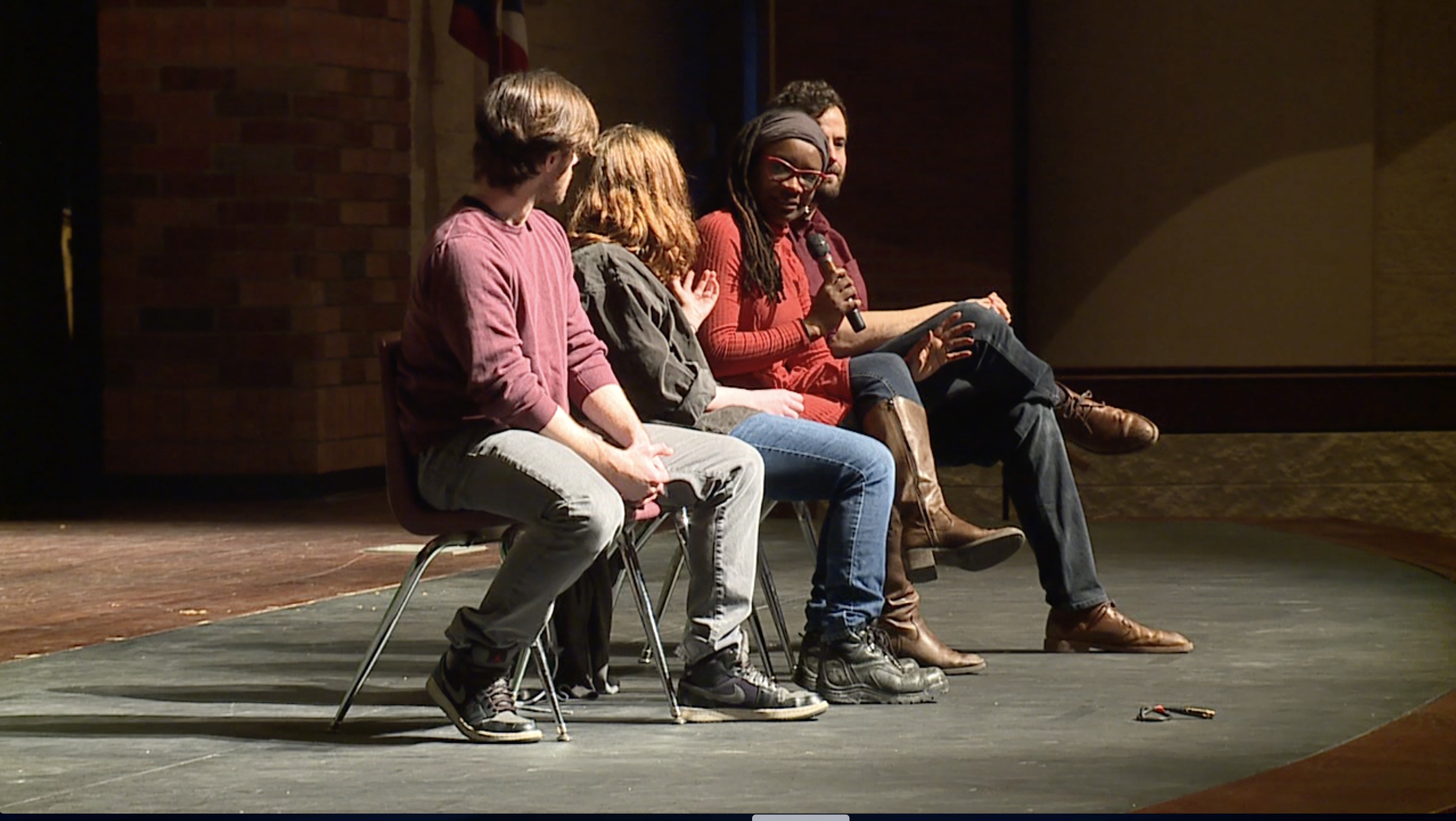 All four members of the Boston Improbable Players troupe onstage during a Q&A session at Brecksville-Broadview Heights High School.

When the group was looking for a new region in which to perform, the statistics pointed them to Ohio.

"Ohio is the place we should go to," said Improbable Players Co-Director Christina Everett, recalling the decision. "We should definitely go to Ohio." 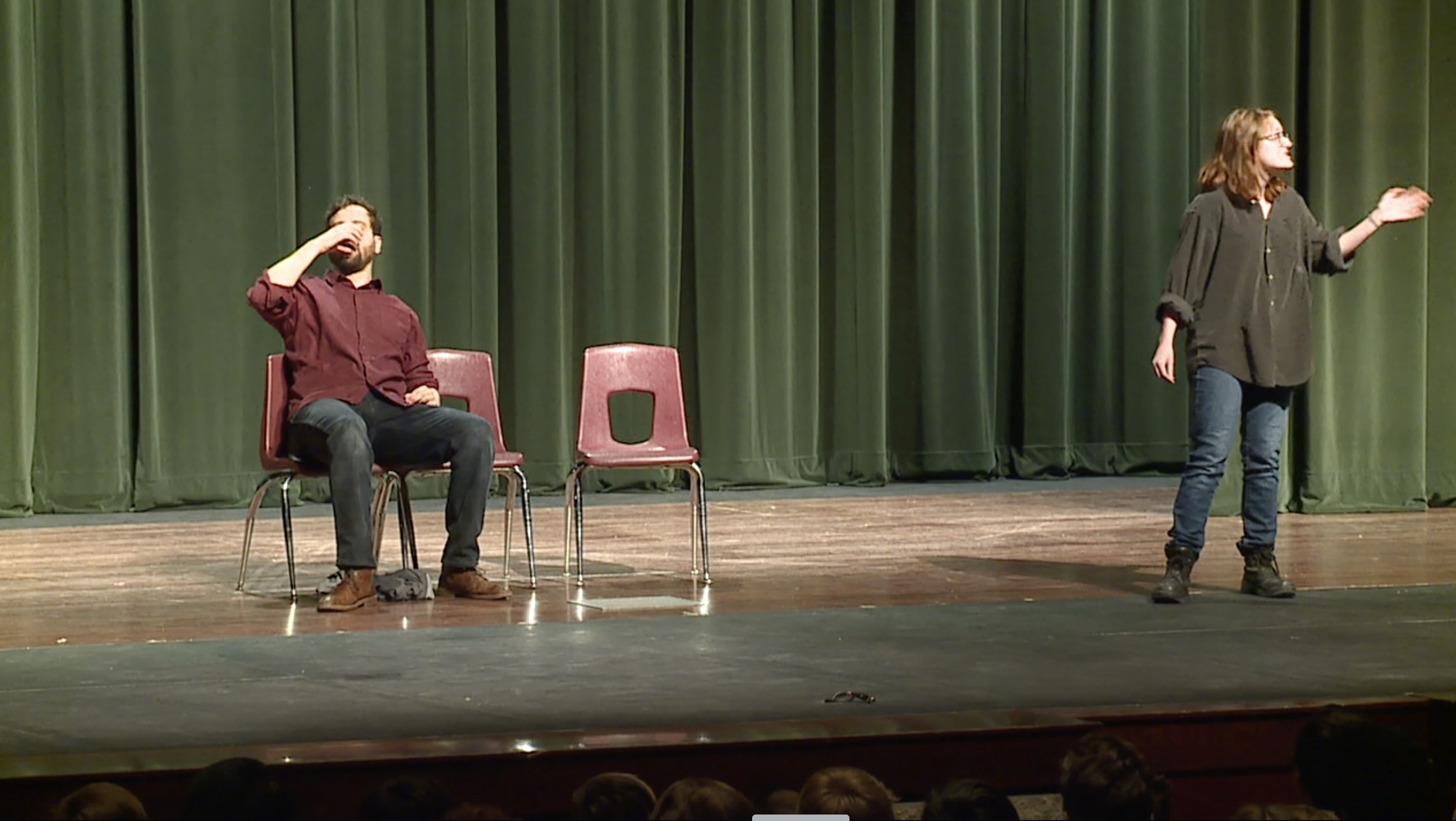 Two Improbable Players actors perform in a scene where friends express how they are concerned about the other's addiction to drugs and alcohol, while not realizing their own addiction.

Over the last few years, fentanyl, a synthetic opioid, has played a larger role in overdose deaths in Ohio. While non-fentanyl related overdoses have decreased, the number involving that drug have risen so much that the overall amount of deaths keep climbing.

"There are a lot of people that are fully in this addiction and haven't been able to ask for help," said Improbable Players Ohio Regional Director Karen Snyder. 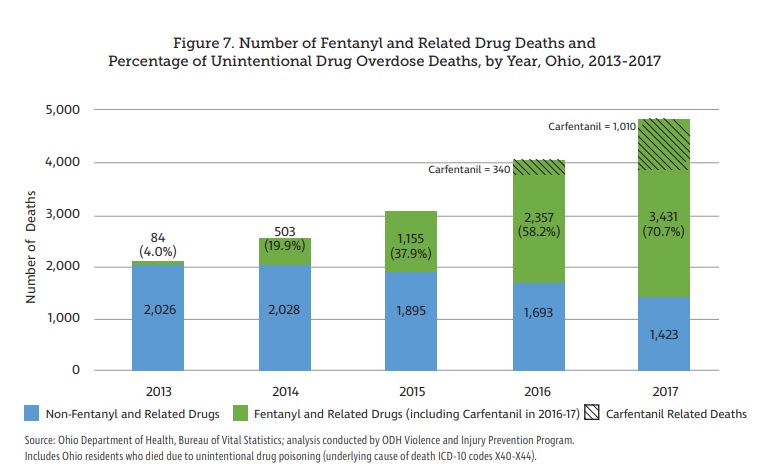 This graph from the Ohio Department of Health shows how non-fentanyl related overdoses are decreasing which overdoses with drugs laced with fentanyl increase.

That's why Snyder has led the effort to bring the Boston troupe to Cleveland for a tour of performances at both schools and community centers, reaching people of all ages.

"I started to use when I was 13 years old," said Everett. "So we go into these middle schools, and high schools, but middle schools too, and I know that I'm out there." 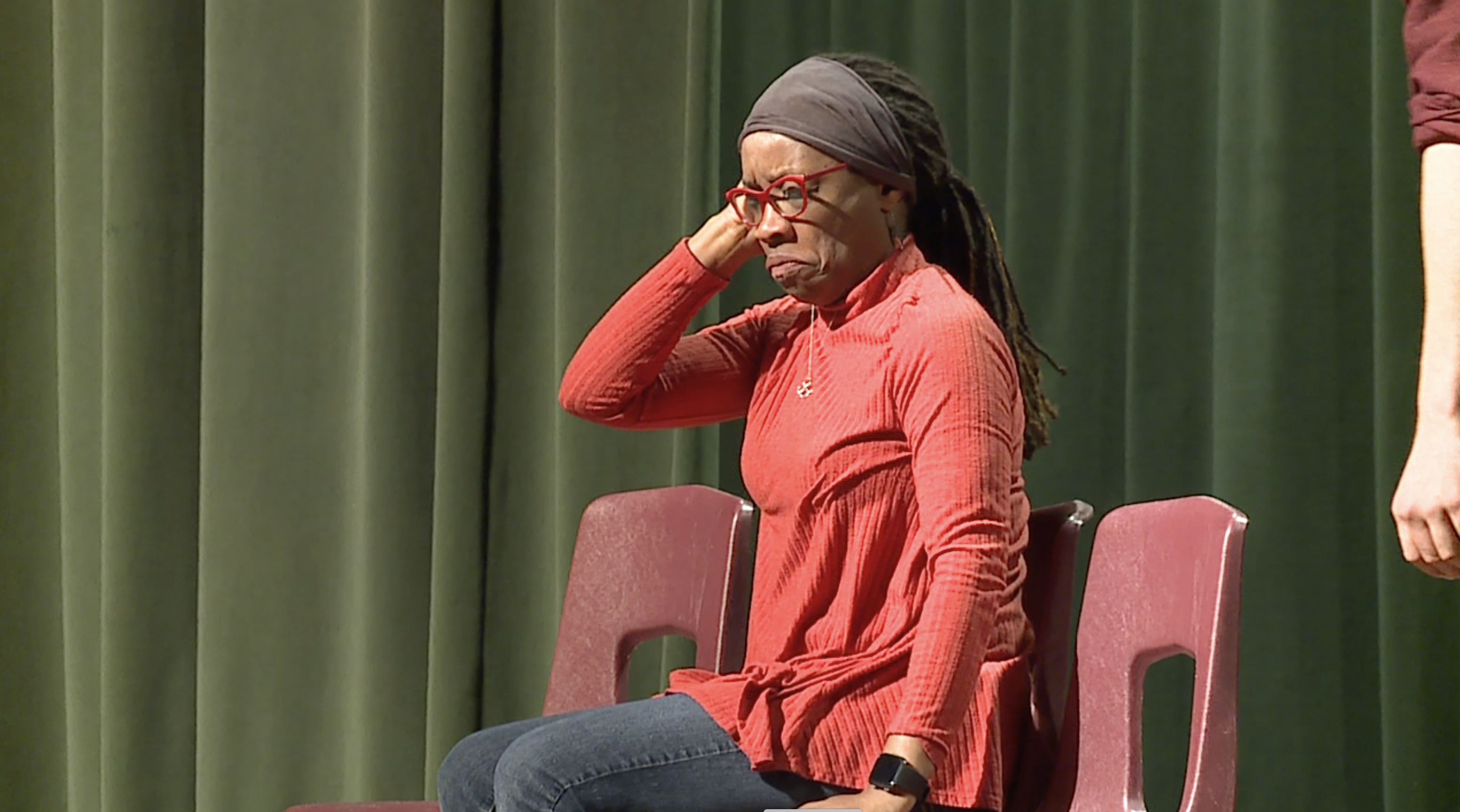 Those experiences are what gives Christina and her fellow actors a unique credibility when they tell students and other community members what happens if they need help and don't get it.

"When you keep going down the path, it only ends in jails, institutions, or death," said Snyder. 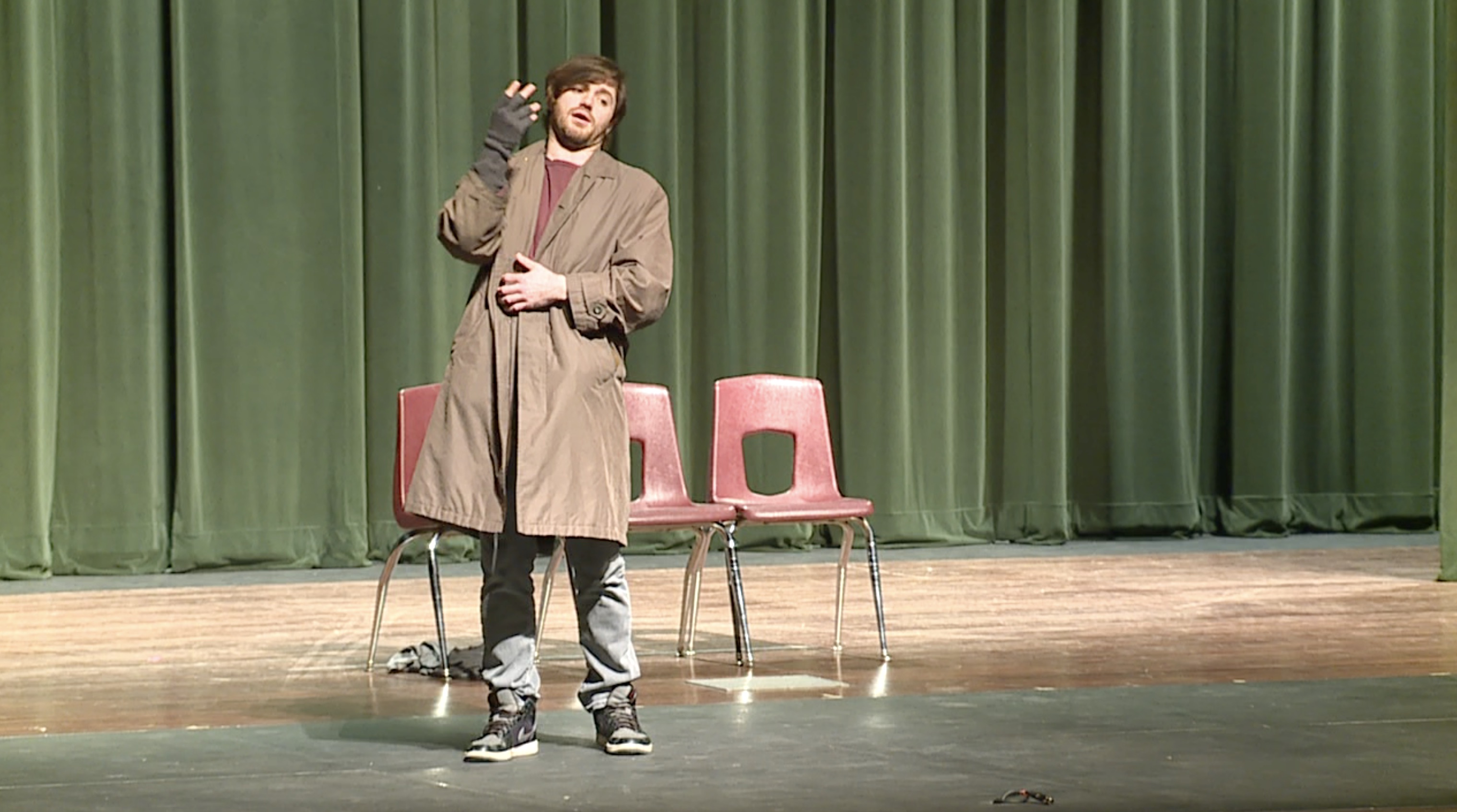 An Improbable Players actor opens the show talking about how addicts aren't always easy to identify just by how they look.

In the next few weeks, the message will start coming from a more local source. Snyder has already pulled together eight actors from Cleveland and they're preparing to start doing their own performances in March.

"Students can say, 'That person went to a school two towns over from me...but they're sharing this message that I don't have to do this," said Snyder.