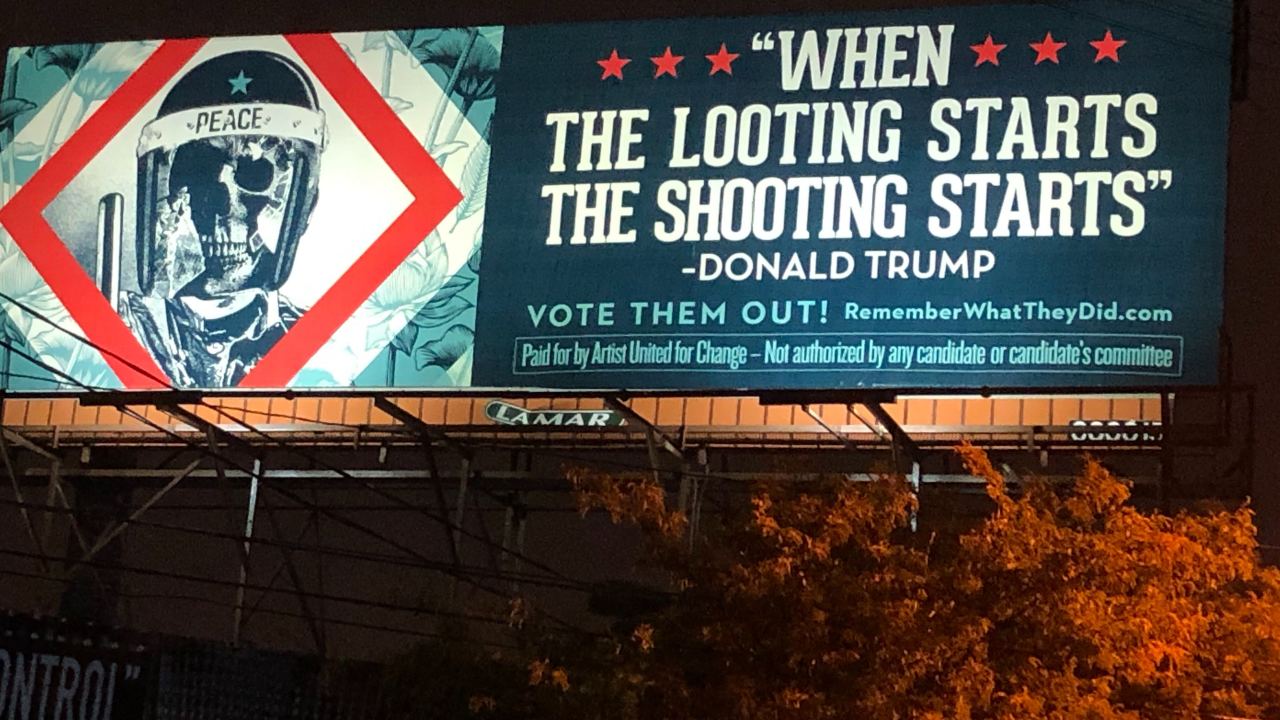 An artist has designed and installed nine anti-Trump billboards in Cleveland ahead of Tuesday's presidential debate. 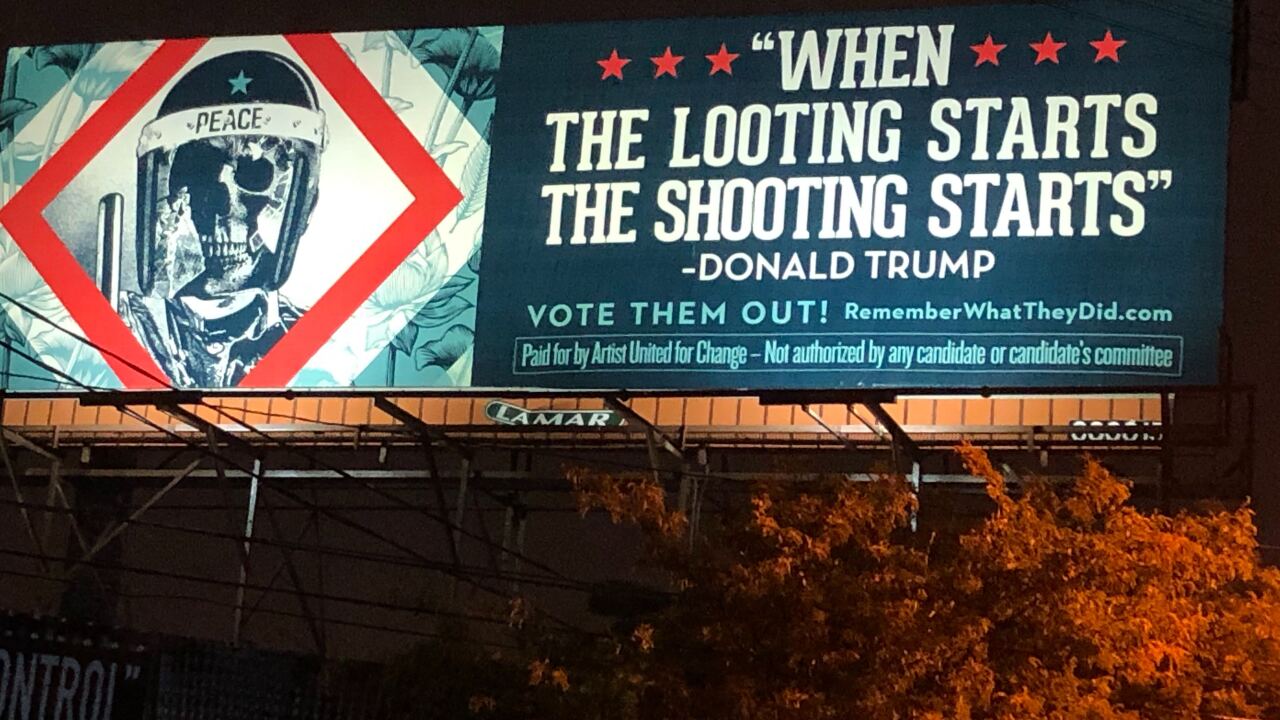 CLEVELAND — Artists have designed and installed nine anti-Trump billboards in Cleveland ahead of Tuesday's presidential debate.

The billboards address coronavirus, police brutality, and other issues from the president's first term.

The nine billboards that went up across the city are part of the #VoteThemOut campaign that was launched in five battleground cities: Detroit, Michigan; Milwaukee, Wisconsin; Pittsburgh, Pennsylvania; Cleveland, Ohio and Phoenix, Arizona.

Organized by Cleveland natives Scott Goodstein and Jeff Rusnak, they say the billboards and street art use President Trump’s words against him—pointing to issues of police brutality and the coronavirus.

The billboards are located in the following areas in Cleveland:

The artists said they're using the president's own words against him and are encouraging Ohioans to vote him out of office.

The Cuyahoga County Republican Party said Joe Biden will face a strong challenge from the president inside the debate hall and that will not be camouflaged by artsy distractions.