Athletes across the country, Northeast Ohio use their platform to encourage others to vote 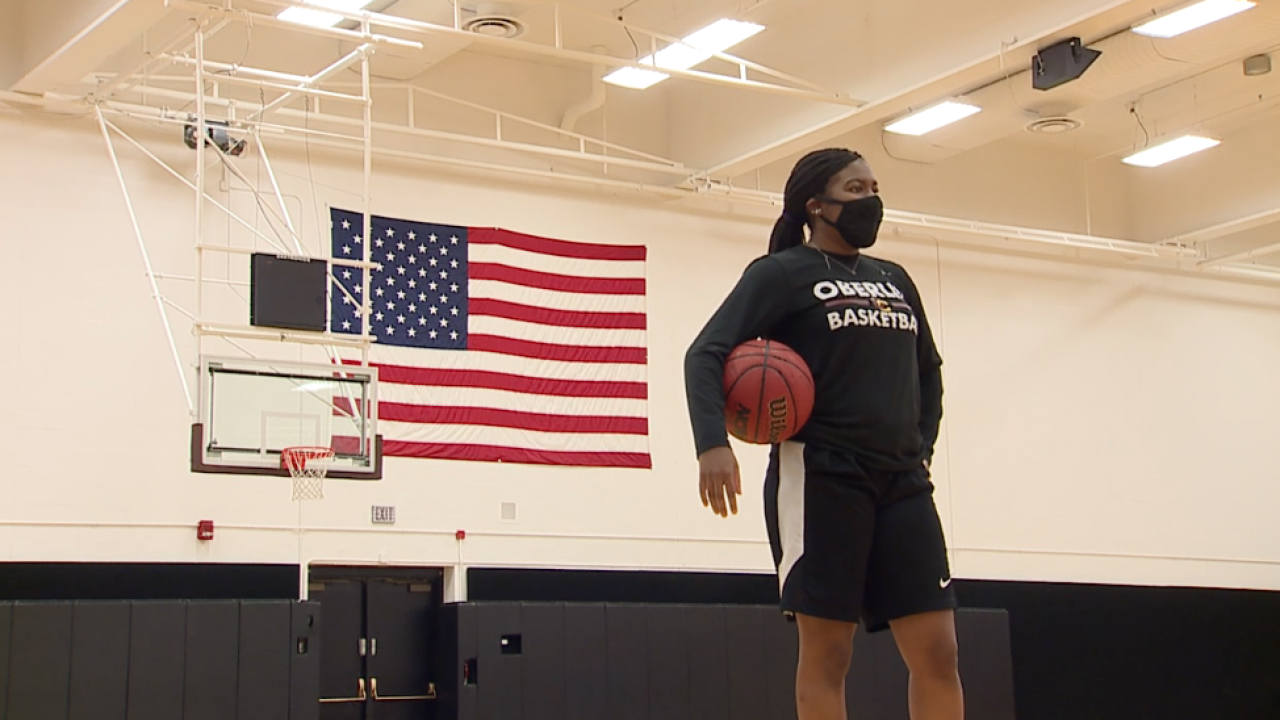 OBERLIN, Ohio — Athletic departments across Northeast Ohio are encouraging others in their community to vote.

"For us as an athletic department, with everything going on with COVID-19, I think we made this our game day,” said head Oberlin College Women’s Basketball Coach Stephany Dunmyer.

Dunmyer says Oberlin’s athletic departments had a big initiative, get as many of their student-athletes registered to vote as possible.

"Oberlin students in general, you don’t have to convince them to do these things, they are engaged, they want to make a difference,” said Dunmyer.

They got around 400 student-athletes registered to vote, including the entire women’s basketball team.

"As a generation, we’re inheriting this political climate and so I think it's super important for us to be engaged and have our voices be heard. We need our voices to be heard so that we can influence what’s going to happen in the coming years,” said Oberlin freshmen guard Maggie Balderstone.

First-year guard Alyson Jefferson treats her role as an athlete to advocate for what she believes in.

"I feel that my platform can be used to not only educate my peers but also people back home because I have friends at other colleges that might not be as invested or as civically engaged as Oberlin is,” said Jefferson.

This year we’ve seen more athletes than ever before speaking out and encouraging fans to vote.

The Cleveland Browns put out several PSA’s and worked to get all its player registered.

"Our coaches stressed to our players about really getting in the arena and trying to make an impact and it was clear the first thing that we can all do is vote. it’s our civic duty, it’s a way for our voices to be heard,” said Peter John-Baptiste, senior vice president of communications for the Cleveland Browns.

Rocket Mortgage Field House, the home of the Cleveland Cavaliers, is a polling location this year.

"Our platform affords us an incredible microphone within our fans, but also within our community here in Northeast Ohio, specifically here in Cleveland so for us, it ultimately just boils down to doing the right thing,” said Nic Barlage, the president of business operations for the Cavs.

Each team using its platform to make a change and score big.