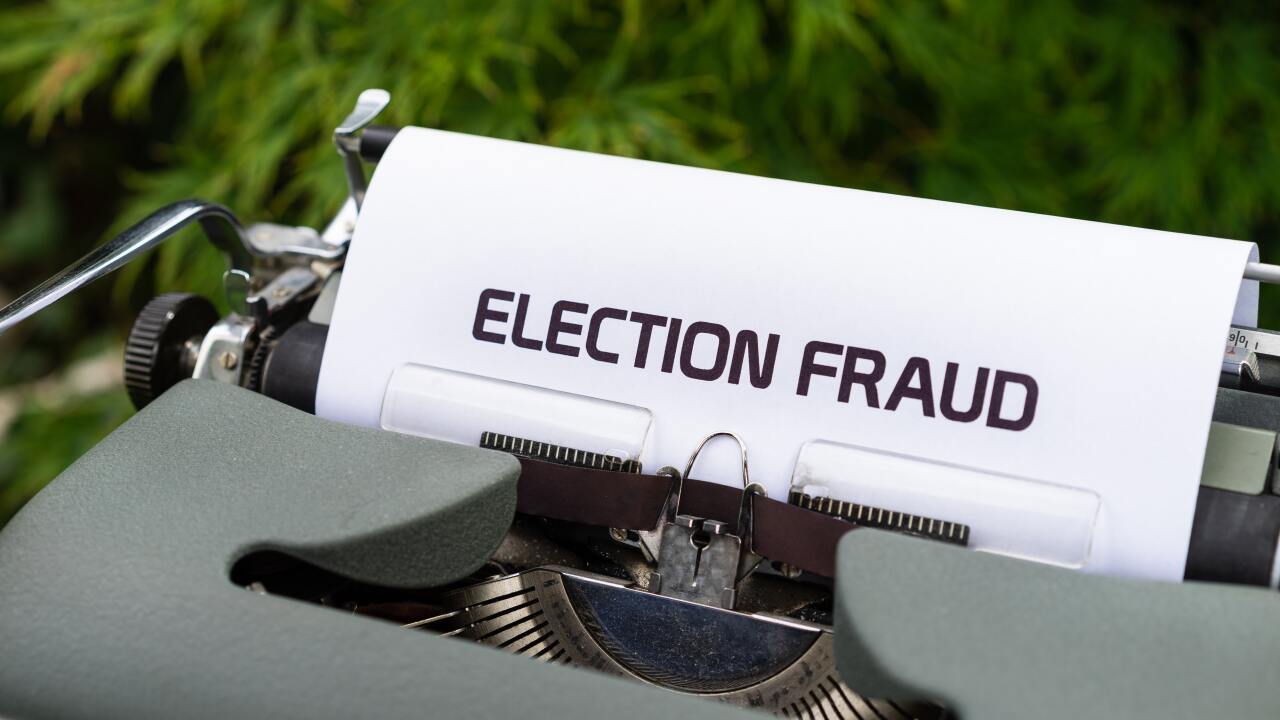 CLEVELAND — Votes are still being counted, and the president has promised to challenge the results in court, but over the weekend every major news organization projected Joe Biden to win the 2020 presidential election, making him the president-elect and Kamala Harris the vice president-elect.

Many conspiracy theories are now circulating, from secret watermarks that would expose a highly sophisticated scheme to prove election fraud to claims of ballots being transported in and out of election headquarters. To date, no claims of widespread voter fraud have been substantiated.

Are these conspiracy theories an aberration? Actually, they're quite common around presidential elections.

Both sides are biased to think they will be cheated
Joe Uscinski, an author and associate professor of political science at the University of Miami who studies conspiracy theories and the people who believe them, said that these kinds of claims are nothing new to him.

“Conspiracy theories and accusations about various kinds of election fraud circle around every election. What we find is that going into any presidential election, there's a big chunk of both sides who think that they're going to be cheated,” Uscinski said.

The popularity of a given conspiracy theory is dependent on who wins and loses.

“No matter who wins, the other side is going to think that they were cheated. And that is very much a regularity in our politics. As power shifts back and forth, so do the people who think that they've been cheated,” Uscinski said.

In 2000, some Democrats believed that intentionally confusing ballots, hanging chads and rigged machines were all part of a planned outcome by officials to “steal” the election from Al Gore and hand it to George W. Bush.

During the 2004 election, when Bush defeated Sen. John Kerry, stories of voters in Democratic counties in Florida having their votes changed for Bush, phantom voters in Ohio and exit polls showing Kerry had the lead made the rounds.

In 2008, some members of the Republican Party—as well as eventual President Donald Trump—passed around conspiracy theories when Barack Obama was elected. The most popular theory was that community groups registered large numbers of ineligible or nonexistent voters in urban areas, fixing the votes for Obama.

“It's the losers who think that they've been cheated out of winning the election,” Uscinski said.

All of the aforementioned conspiracy theories have remained unsubstantiated.

A bigger megaphone
Uscinski said conspiracy theories are ordinary, but what has been different about conspiracies since 2016 is the way they are being spread—at the highest level with the president as the mouthpiece.

“Many of these beliefs are just simply a regularity in our politics. It's nothing really new. The one thing that is new and is very concerning is that the sitting president is engaging in this and claiming without evidence that he's been cheated by some shadowy form of fraud. Now, that's not normal,” Uscinski said.

During the last election in 2016, candidate Trump pumped out claims of a rigged election through the primaries and leading up to Election Day.

Based on the fraud committed by Senator Ted Cruz during the Iowa Caucus, either a new election should take place or Cruz results nullified.

After the primaries, this time up against Democratic presidential nominee Hilary Clinton, he continued to call the election rigged.

Trump went on to win that election, which was called by the media before all of the votes were counted, in this case after the Associated Press determined Trump had won Wisconsin and surpassed the necessary 270 electoral votes.

As the president received his congratulations and gave his victory speech, votes continued to be counted, and Clinton went on to win Minnesota while Trump went on to win Alaska. This year, in the same situation, the incumbent has chosen to challenge the legitimacy of the outcome.

Since when does the Lamestream Media call who our next president will be? We have all learned a lot in the last two weeks!

Remember 1876?
Despite the platform that conspiracy theories have been given recently, Jonathan Entin, a professor of law at Case Western Reserve University, said he expects questions to be resolved the way they always have, through our institutions, noting an election situation from 144 years ago.

“I think that this year's election has been the most fraught that we've had since 1876," Entin said. "In 1876, the Republican candidate for president was the governor of Ohio, Rutherford Hayes. He was running against Samuel Tilden, the Democratic candidate who was the governor of New York. Tilden won the popular vote, but he came up one vote short in the Electoral College.

"There were disputed electoral votes from several states. And the election was not resolved in a conventional way. Congress wound up creating a separate commission that split on party lines and gave Hayes all of the disputed electoral votes. We were just 11 years after the civil war. There were serious concerns that we were going to go back to civil war over that. So, yes, we've been in times in the past where there's been serious questions about the integrity of the election. So far, one way or another, we've gotten through all of those and I'm hopeful that we will this time as well."

Look before you share
Conspiracies are with us now, and it seems they will always be.

“Conspiracy theories have been with us forever," Uscinski said. "You can go to the Declaration of Independence and you will find a whole bunch of conspiracy theories about the King of England there. And even before that, Americans were engaged in many conspiracy theories, whether it was witches conspiring with Satan or Illuminati panics, it's part of the American condition. And outside of America, it's just part of the human condition. I don't think there's a way to get rid of it wholesale. There are ways to limit it.

“One thing I suggest is that people should be very wary of sharing things that they're not completely certain of. If you hear something that sounds too good to be true on social media, try and find it somewhere else. So don't share anything until you see it reported in multiple sources. So that can help slow the spread of things that we want to be true, but might not necessarily be true.”

The proof is in the proof
The best way to stop the conspiracies is to wait for proof, said Entin, and in the case of the 2020 presidential election, he said that if the theories are truly believed by the Trump campaign, then court is where they should be settled.

“If President Trump really thinks that there were irregularities in the handling of the votes, let them go to court and try to prove it," Entin said. "So far, the Republicans who have been in court in a number of places— it doesn't appear that they've been able to demonstrate anything more than general accusations of irregularities, and it's not because they were being rejected by Democratic judges, because that's not the way these things have played out. There have been Republican judges, Democratic judges, where they haven't held up. And it seems to me that one way to try to settle some of these concerns would be to take them to court and see what evidence they really have.”

Given what they have seen at this point, neither Entin nor Uscinski are under the impression that any of the claims of widespread voter fraud surrounding the 2020 presidential election are anything more than conspiracy theories.

“So far, we don't seem to have much concrete evidence of anything other than maybe small problems that come up in the ordinary process of counting votes. I've seen the way votes get counted in several counties in Ohio and in several other states. It's really hard to pull off the kind of monumental election fraud that people are talking about,” Entin said. “But I also recognize that we live in an era when a lot of people think that they're entitled to their own facts. And that's a real challenge in getting people to accept outcomes, whichever way the election might turn out.”