'Those who lose will accept it': DeWine says Trump must peacefully transfer power if he loses election 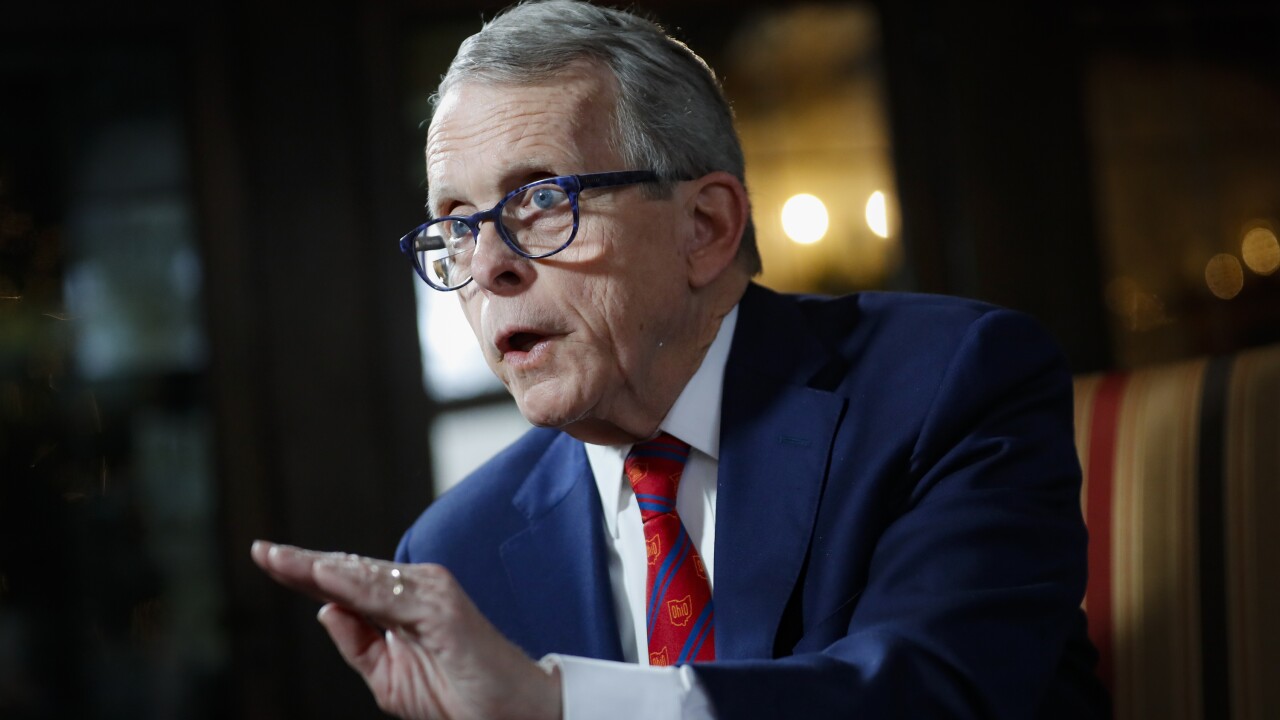 COLUMBUS, Ohio — Ohio Gov. Mike DeWine addressed President Donald Trump’s refusal to commit to leaving the office peacefully if he loses the 2020 election, saying “Those who lose will accept it. That’s what we do in America.”

DeWine was asked about Trump’s comments made on Wednesday that left uncertainty surrounding the president’s willingness to accept a loss to Democratic presidential nominee Joe Biden in this upcoming election, should that be the result.

“We're going to have to see what happens, you know I have been complaining very strongly about the ballots. And the ballots are a disaster,” Trump said. "We want to get rid of the ballots, we'll have a very peaceful -- there won't be a transfer, frankly, there will be a continuation."

DeWine said that one of the things the United States has done well throughout history is transferring power following an election.

“However hotly contested these races have been, however riled up everyone is on each side—and we’ve had those throughout our history—when the results are in, people accept it.”

DeWine said part of what has made this country so different, historically, is the peaceful transfer of power following an election in which the winner wins and the loser loses.

The governor said that although sometimes, as was the case in the 2000 presidential election with Al Gore and George W. Bush, the election results are challenged in the Supreme Court—but Gore, who lost the election and didn’t agree with it, accepted it.

“There may be a time where one candidate says ‘look, we need a recount here, a recount there’ all within the confines of the law and that is fine, people have the right to continue to battle,” DeWine said. “But in the end, we will have a president and it’s going to be the incumbent or the challenger. It’s going to be Joe Biden or it’s going to be Donald Trump.”

Trump’s remarks have left many worried about what may happen if he does, in fact, lose the upcoming election and what the reaction of the public will be if their candidate loses.

DeWine said that no matter the outcome, it’s the responsibility of citizens to accept the results peacefully.

“If we win, we’ll be happy. If we lose, we lose, but those who lose will accept it because that’s what we do in America,” DeWine said.

Trump’s remarks about the election also included casting doubt over mail-in-voting during this election cycle, claiming, unfoundedly, that mail-in-voting is prone to fraud.

Many states, including Ohio are ramping up mail-in-voting efforts and Lt. Gov. Jon Husted reiterated the confidence he has in the state’s election efforts.

“Ohio has a history of running great elections and we have a great bipartisan system in our state. We have 88 county Boards of Election because the elections are run by the local Boards of Election. The ballots are tabulated there, they are cast locally and counted locally,” Husted said. “And in those 88 county boards there is a director and a deputy director of that board of elections—one is a Republican and one is a Democrat—and whoever the director is of one party, the board of that party, because there are four people on the board, the board is of the other party so there is a check and balance at our local boards of elections where Democrats and Republicans look over each other’s shoulder, hold each other accountable.

DeWine, although vocal about the fact that Trump is obligated to transition his power as president to his challenger if he loses the election, said he would not outright condemn his statement.

“I’m not going to condemn anything. I don’t know what’s in [Trump’s] heart and his mind,” DeWine said. “Anybody who runs for president wants to win and they’re going to fight and they’re going to fight all the way through, but without exception, I believe, throughout American history, the loser, once it’s determined that you are the loser, concedes and we move on. That will happen, whoever loses this election.”

DeWine said there should be no fear of Trump refusing to leave office if he loses because “that has never happened.”

“That is not going to happen. Whoever loses once the votes are counted, and if any recounts or anything are done, once that’s done and it’s determined that we have a winner, then the loser goes off stage. That’s the way our system works,” DeWine said. “We’ve had no one who’s not done that to my knowledge. That will continue.”

On Thursday afternoon, the U.S. Senate passed a resolution reaffirming its commitment to “the orderly and peaceful transfer of power called for in the Constitution.”