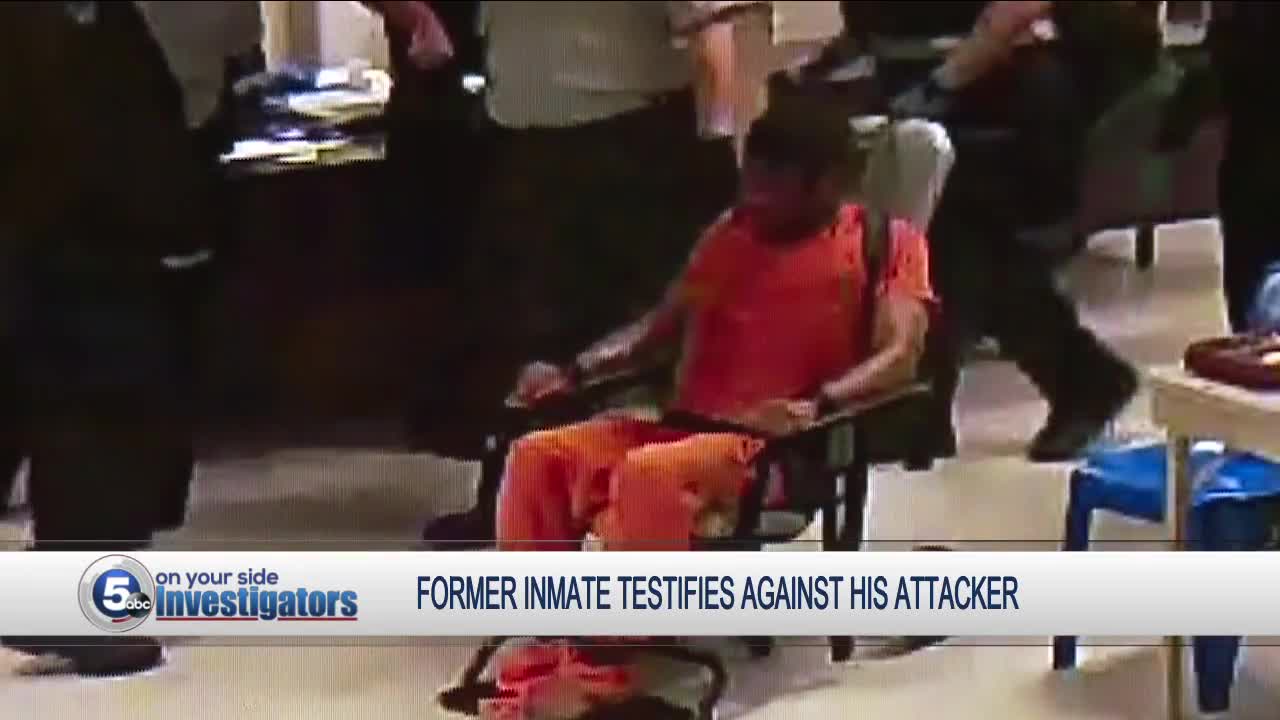 A former Cuyahoga County jail inmate who says a jailer knocked out three of his teeth said the whole thing started after he complained about a bologna sandwich. 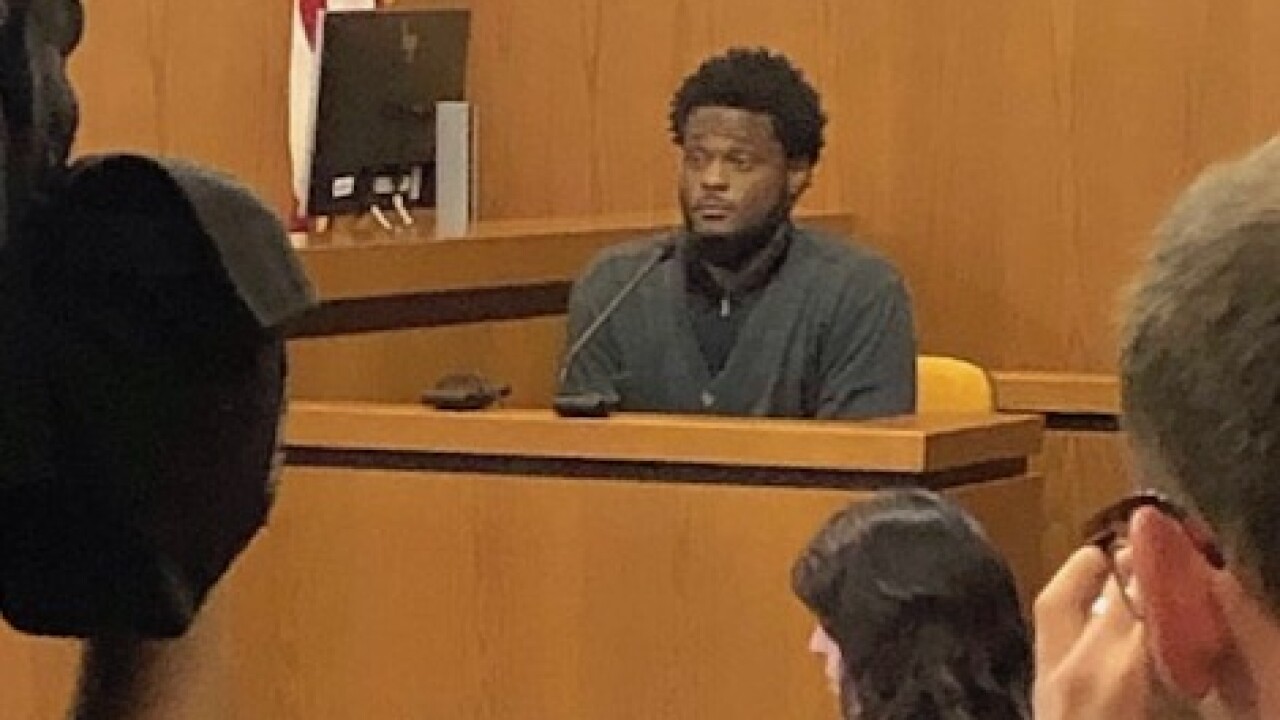 CLEVELAND — A former Cuyahoga County jail inmate who says a jailer knocked out three of his teeth said the whole thing started after he complained about a bologna sandwich.

Corrections Officer John Wilson is on trial, charged with beating Joshua Castleberry inside the jail in February 2018.

Castleberry told the jury Wednesday that he complained the bread on his sandwich was stale and asked for a replacement. He said Wilson replaced another inmate's dinner but refused to do the same for Castleberry.

When the jailer returned to take out the trash, Castleberry says he complained, and that Wilson ordered him against the back wall of the cell. A short time later, Castleberry said he was pepper sprayed.

"Then he handcuffed me, and then maced me again," said Castleberry. "After he maced me, I was on my side and that's when he began to knee me, and punch me, and then he grabbed my hair and slammed my face on the floor."

Earlier, the jail's medical director testified Castleberry's injuries resembled someone who had been in a car crash. Two of Castleberry's teeth were knocked out. A third tooth was lodged in his nasal cavity.

Castleberry, who was 21 years old at the time, denied fighting with or hitting Wilson.

"I just remember my head just bouncing," he told the jury.

George Gerken pointed out that Castleberry had just pleaded guilty to attempting to assault a police officer, and that he was in restrictive housing as discipline for trying to walk away from another floor on the jail. Gerken also pointed to nurses' reports that referred to Castleberry as combative after he was injured.

"If Officer Wilson says you hit him, he wasn't truthful, right?" asked Gerken.

"And if the nurse says you were combative, she wasn't truthful, right?" asked Gerken.

"And if we get testimony from any other COs who say they never saw Mr. Wilson slam your head into the ground after you were handcuffed, they would not be truthful, correct?" asked Gerken.

"So everybody's not truthful but you, is that what you want us to believe?" asked Gerken.

Jail Corporal Jason Jozwiak is charged with not allowing a nurse to treat Castleberry's injuries.

During testimony Wednesday, the jail's medical director, Dr. Thomas Tallman, said he saw two different times on jailhouse video where nurses could have, but did not examine Castleberry after he was injured.

"I didn't see anywhere where he was denied medical treatment," said Dr. Tallman.