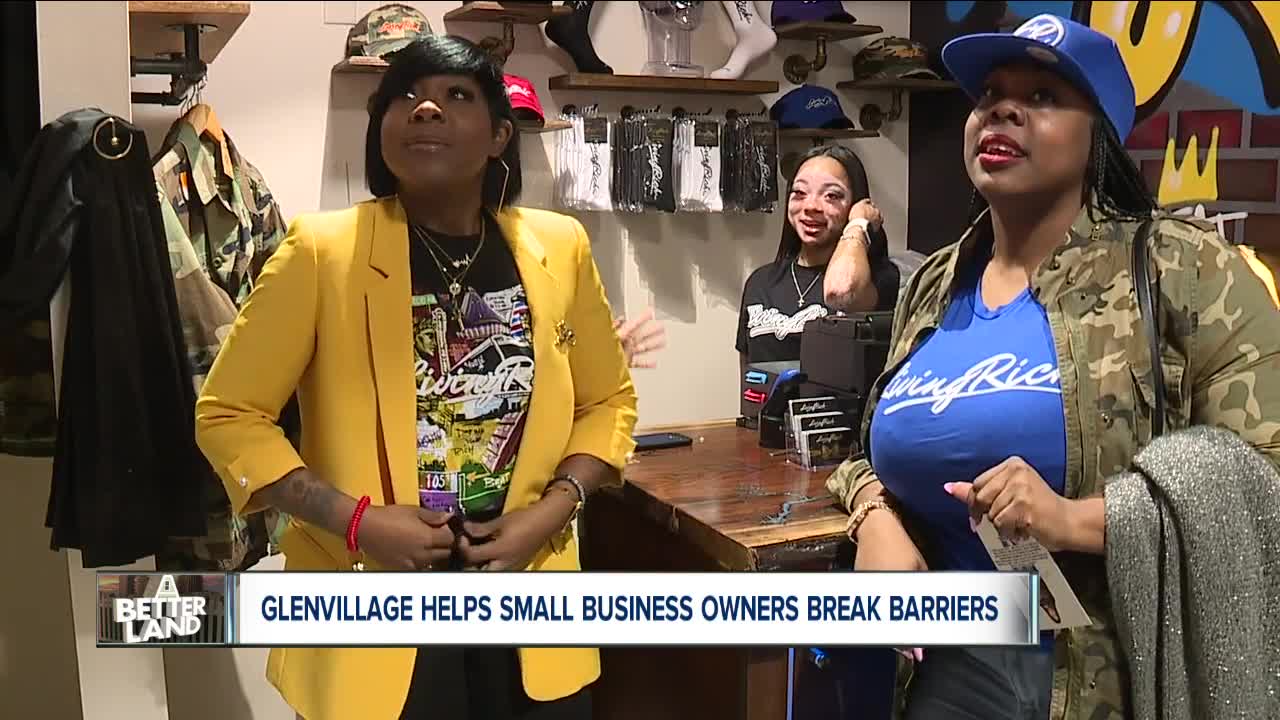 Glenvillage is a retail incubator created by the city of Cleveland aimed at making a better land for small business owners by helping eliminate some of the barriers they face. 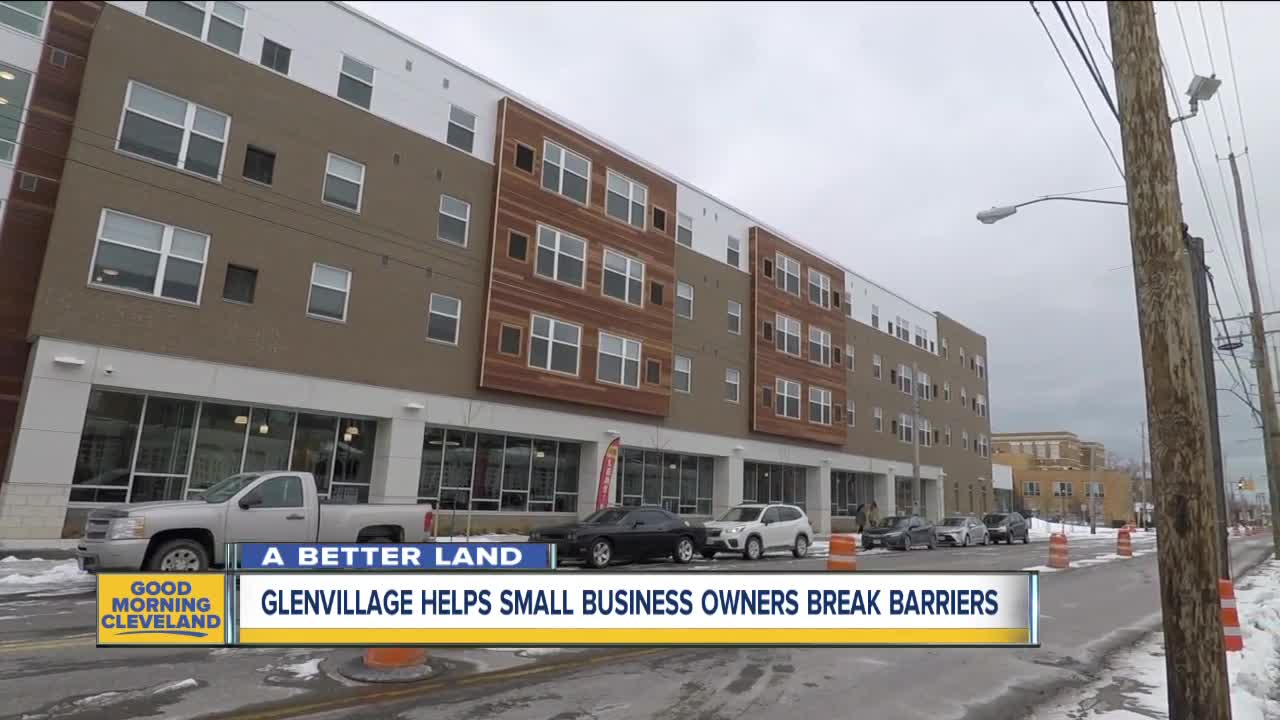 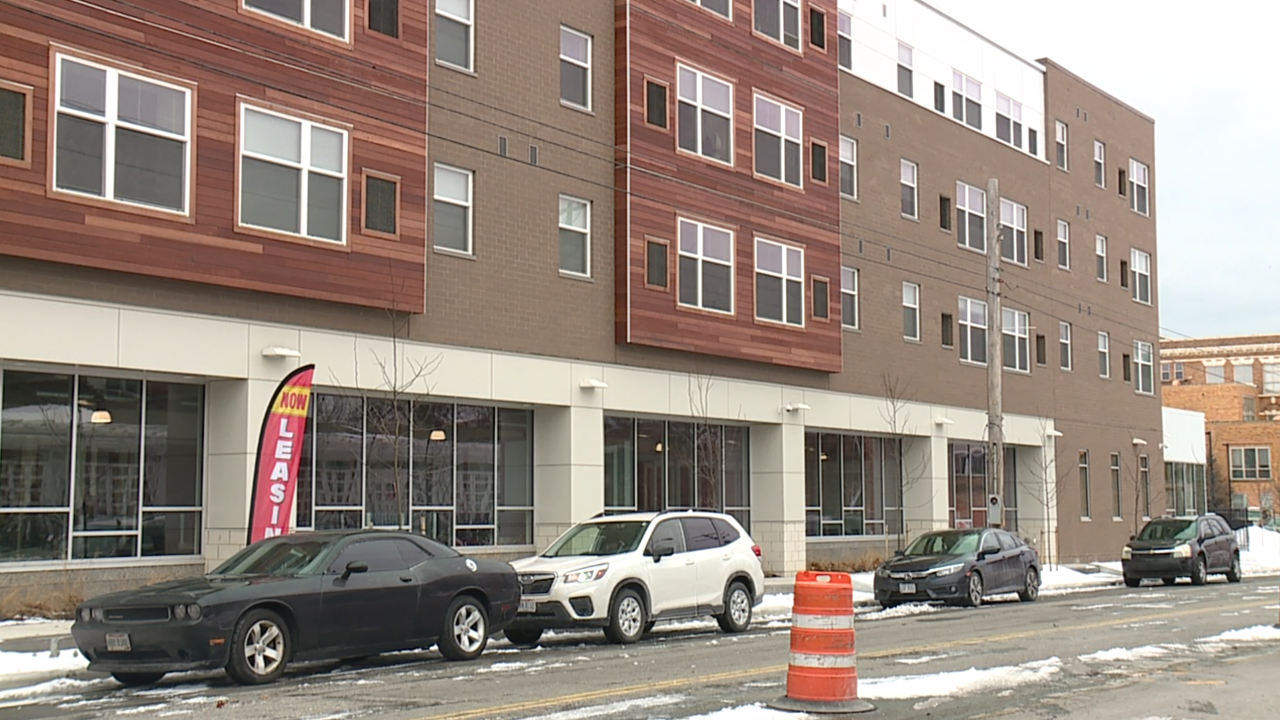 CLEVELAND — On Friday, retail incubator Glenvillage opens its doors to the public for the very first time, with the goal of building wealth and bridging the gap.

The incubator created by the city of Cleveland aims to make a better land for small business owners by helping eliminate some of the barriers they face.

Sharia Livingston and her daughter Sha'Miah Richardson are co-founders of Living Rich - a clothing brand that sells unisex streetwear apparel.

Since starting their business in 2015, the women have sold their clothing all over the city in pop-up shops, at festivals, and in kiosks inside Beachwood and Southpark malls. Now, the finishing touches are being put on their newest location - inside Glenvillage on E. 105th Street and Ashbury Avenue.

"I'm hoping that being in this space, we really, really grow,” Livingston said.

Glenvillage is a retail incubator inside the Glenville Circle North building.

In addition to the retail tenants, the building will also have 65 apartment units and a co-working space called Cle-Works.

"This area of Glenville has unfortunately seen a lot of disinvestment. So through the mayor's initiative, we're trying to bring back the private investment so we're trying to kickstart the market,” Brianna Butler, the Program Manager of the City of Cleveland’s Department of Economic Development, said.

The city invested more than $17 million into Glenville Circle North, including a little more than $1.4 million for the Glenvillage space. The city is also investing into the streets and park near the building.

"We were trying to eliminate the barriers that small businesses face when opening up a physical location, being bankable enough to secure a loan, trying to negotiate a lease, rental rates,” Butler said.

Potential tenants had to apply with 185 businesses, soon being whittled down to 30. After a pitch competition the final seven were chosen.

"I think it's big, it's just showing a commitment that, you know, there's a void in the community, there's a need for this,” Rogers said.

Its filling a need for the community while offering the businesses the opportunity to see their brands grow alongside their neighbors.

"To actually have these other entrepreneurs in this space every single day, and the help and support that we'll be getting is like, a blessing to us,” Livingston said.

Glenvillage will host a ribbon cutting Friday from 11:30 a.m. to 1 p.m. Hours of operation vary per tenant, but the space will be open daily from 7 a.m. until 11 p.m.

Six of the tenants will be able to stay in Glenvillage for the next two years before rotating out to open up the space for new ones. The anchor tenant, Black Box Fix, will stay for five years.