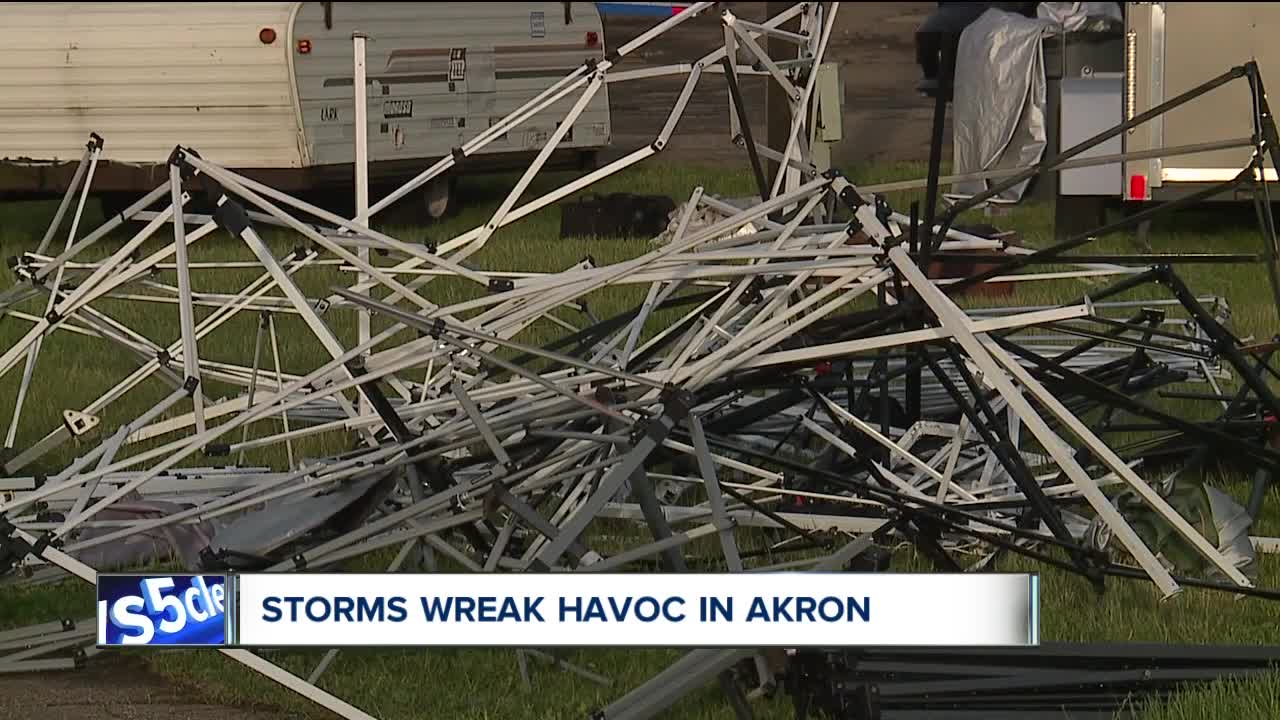 A hail storm knocked down trees and power lines in several Akron neighborhoods on Saturday. 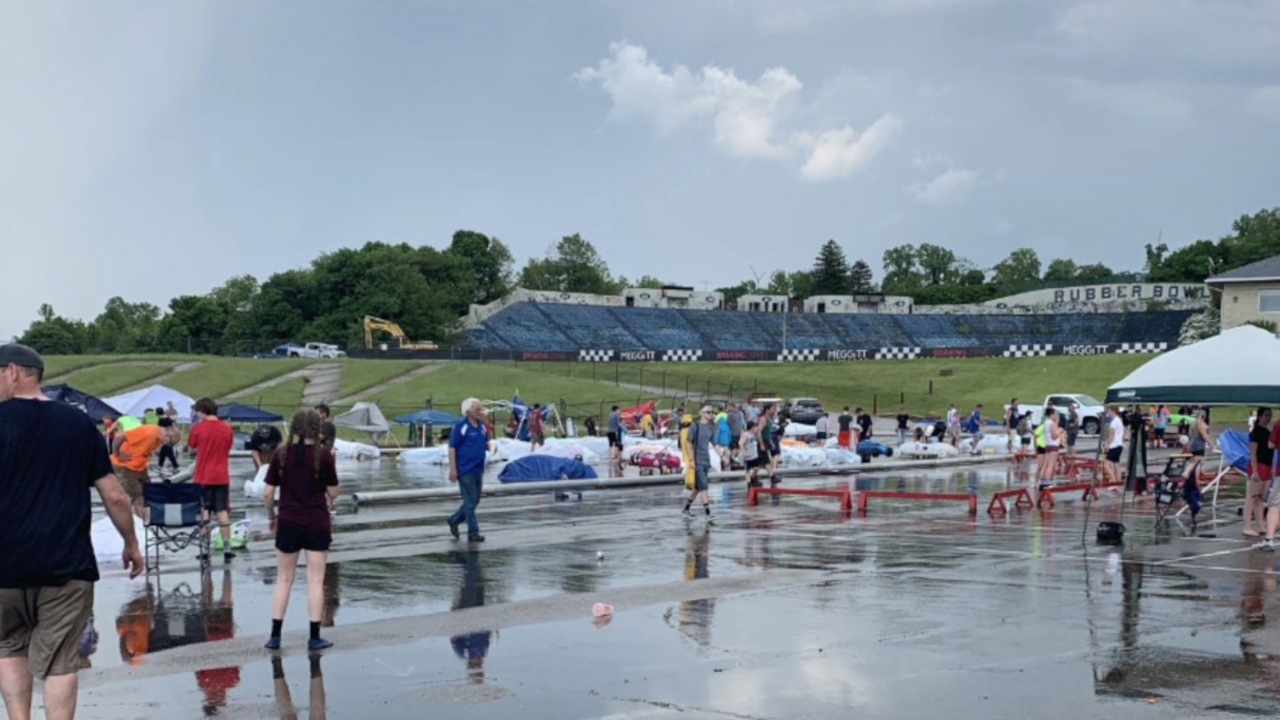 AKRON, Ohio — A hail storm knocked down trees and power lines in several Akron neighborhoods on Saturday. While nobody was injured, several in the area claim they had quite the scare, including nearly 100 children racing in the Spring Soap Box Derby.

Just fifteen minutes before hail tore down tents and crashed cars, kids were racing around the track.

“Everybody was holding onto their tents. Cars got blown over. There was a lot of damage the cars themselves. We have one trailer over here that has hail damage," event director Craig Fury said. He claimed wind gusts lifted him off the ground.

Families traveled from Florida, Georgia, Connecticut and elsewhere to make it to the spring race.

Fury said he was tracking the weather all day, but didn't think it would be as bad as it was.

The less-than-a-minute hail storm was powerful, according to neighbors nearby.

“We got a lot of damage in 30 seconds. It was surreal. I’ve never seen nothing like that in my life," Randy Glover, who lives on Dallas in Firestone Park said.

He said he heard something that sounded like a lion roaring, and he grabbed his family and darted to the basement.

While his house is okay, Glover said he had never seen anything like that, shaking him and his home to the core.

Akron Police blocked several roads while power crews helped get lights back on.