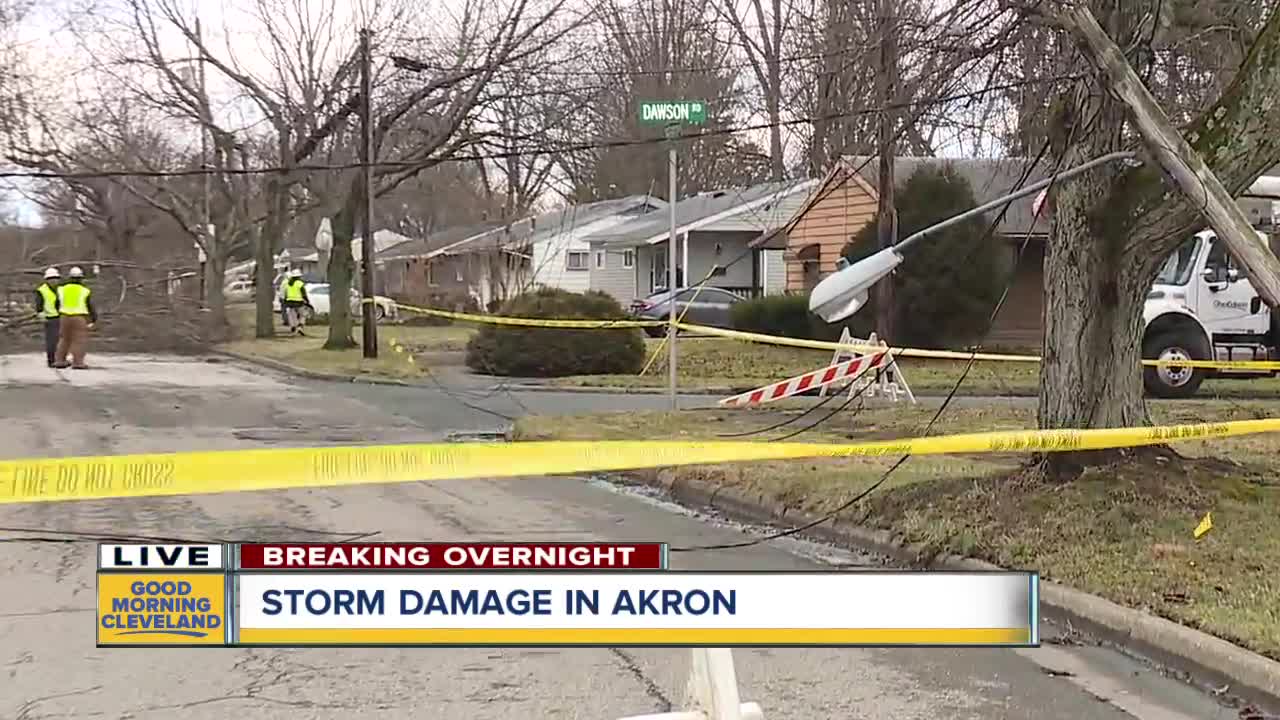 Severe storms Saturday night into Sunday morning left behind some damage, including downed trees and power lines in Summit County – and left hundreds without power for hours. 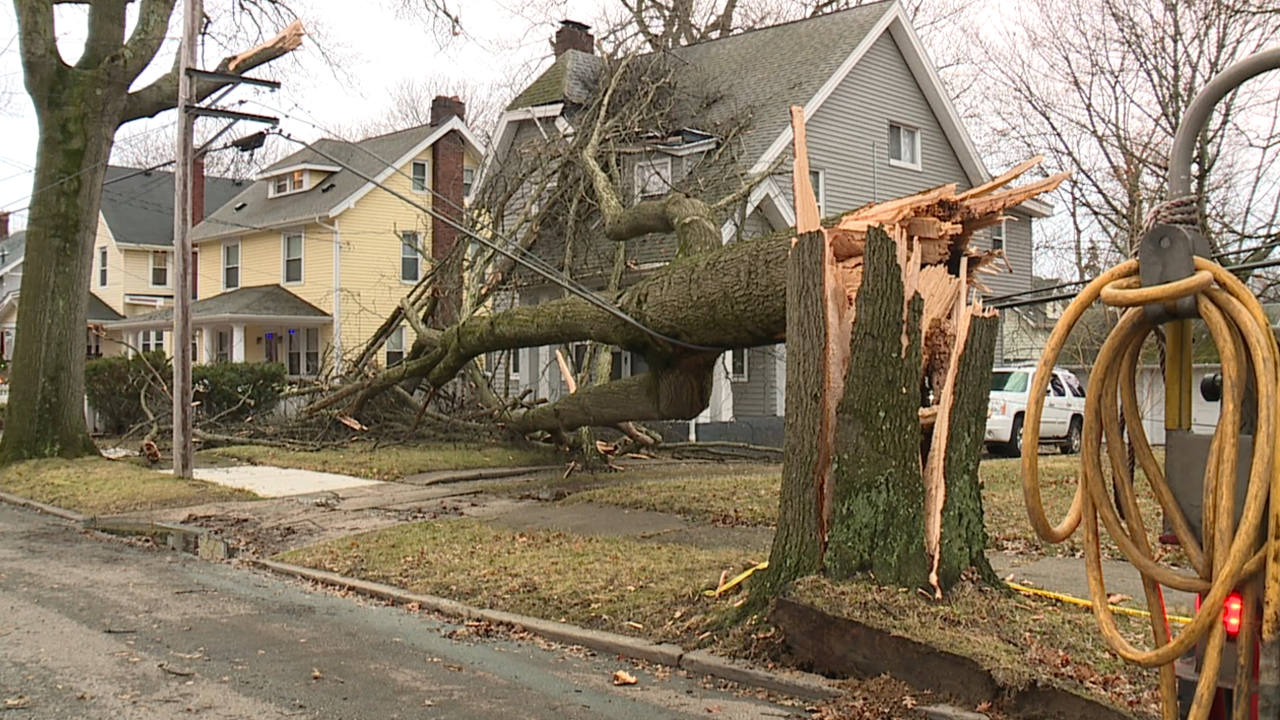 AKRON, Ohio — Severe storms Saturday night into Sunday morning left behind some damage, including downed trees and power lines in Summit County – and left hundreds without power for hours.

Workers had a lot to clean up on Sheffield Drive near Dawson Road. Tree trimmers got to work clearing a large tree that was blocking the street and electric crews replaced at least two power poles as power lines and street lights dangerously dangled from the ones snapped in half.

Kirkendall says that was around 4 a.m. and it left him without power for the next several hours.

“We went in there and checked our fuse box and we smelled the stuff burning, we seen the smoke like that. And we knew right then and there what it was. Like wires down — it cooked some stuff,” Kirkendall said.

Just an hour earlier on Bloomfield Avenue a massive tree crashed onto a home and took power lines along with it, causing quite a scare for neighbors.

“I was like wow, I hope everybody’s OK. Kinda glad it wasn’t my house because these trees, they’re old,” Larry Tranthem, who lives on Bloomfield Avenue, said.

“It was just like, it was like a big boom, where you would jump up! Its like, if the earth would have shook. That’s what scared me,” Tonya Watts, who lives on Bloomfield Avenue, said.

Watts says her neighbor who lives in that home was inside at the time.

Watts called the electric company and a few hours later, workers restored power for 16 homes on that block. Some of the crews had been working since 9:30 p.m. Saturday.

“The house is insulated pretty well, and now its restored so I’m pretty happy.”