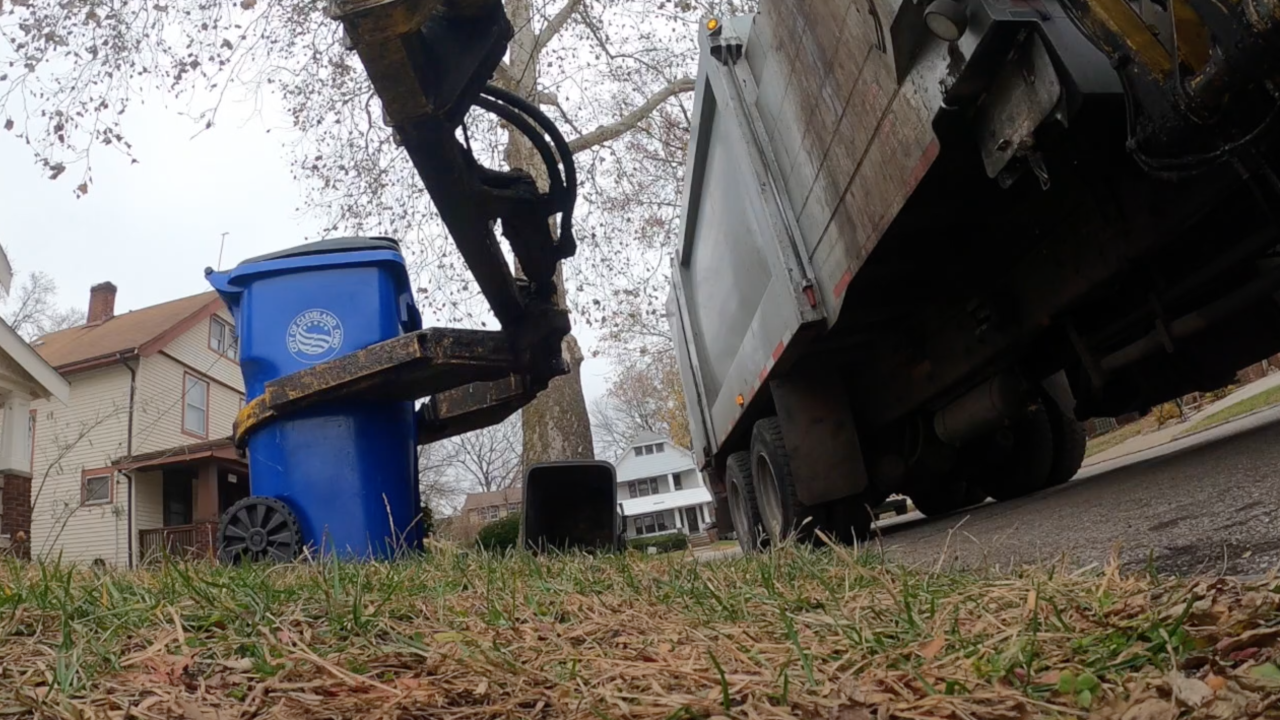 CLEVELAND — Facing a shrinking global market and an upcoming renewal of its recycling contract, the City of Cleveland is looking to hire a consultant to help guide its solid waste and recycling program. Regardless of the consultant’s recommendations, however, the city is bracing for substantial increases to the cost of recycling.

Earlier this week, the City Council authorized a $165,000 expenditure so the Division of Public Works can hire a consultant to review and develop a strategic approach to improve the efficiency, consistency and reliability of the city’s residential solid waste and recycling programs. In March, the city will be looking to enter into a new contract for its recycling services.

“We’re reaching a point where we used to get revenue from our recycling product while understanding that as we go into our next round of contracting we’ll probably end up paying. The question is how much,” Brown said. “We’ll go from making money and then ultimately being in the position where we’ll be paying anywhere between $60 to $84 a ton for recycling.”

Under the city’s current contract, the city is paid $1.50 per ton of recyclables. However, in 2018, China announced it would place significant restrictions on the paper and plastic recyclables that the country would import. Additionally, China would no longer accept recycling products that were mostly free of contamination.

China, at the time, was the largest importer of recycled products. Their withdrawal from the market has caused recycling costs domestically to skyrocket. Cities around the country have had to grapple with surging prices. Now, it’s Cleveland’s turn, Brown said.

“We do intend to have our recycling program. What it will be is what has to be determined,” Brown said.

It will certainly be a challenge though.

Currently, the city pays around $29 a ton to dispose of solid waste and trash in a landfill. However, under the new contract, the cost of recycling may very well be double the cost.

“We’re looking for a competitive price for that and I’ve got to imagine that anybody who’s taking in those recyclables is going to demand a high percentage of compliance in terms of the product itself,” Brown said. “It is stacked against recycling but we still feel that there is an opportunity to find a niche that fits and there is a cost to the environment for doing that.”

Both nationally and locally, as much as 30 percent or more of all recycled products are contaminated, rendering them unable to be recycled. Lisa Beurskin, the recycling coordinator for Republic Services, told News 5 earlier this month that as much as 35 percent of all recycled goods that come into the company’s facilities are contaminated. That number also increases over the holidays.

The amount of contamination makes an already difficult operation to run even more challenging.

“All of the recyclers are facing this right now,” Beurskin said. “We’re talking about calling it a transition period where we’re all switching more [domestic markets]. We all have domestic markets. Things are going to come back around. Everything is transitioning. Republic, as a company, we’re putting more infrastructure in at this facility. It’s not something we’re going to stop doing.”

Some of the items that have come through the city’s facilities are downright appalling, Brown said.

“The things that we find in recycling are egregious,” Brown said. “It’s not just whether or not somebody put paper, plastic or just trash in there. We find ammunition and dead pets. These are all things that make it very difficult to run a good program.”

Buerskin said the number one offender for contamination is the plastic grocery bag. Additionally, items that still contain food residue are also problematic.

“Things they should be recycling are plastics that you see in your kitchen, your bathroom or laundry room. If it holds detergents, food or beverages, those are the types of materials that we want to see here. Your metal cans from vegetables or soups and then also cardboard, paper, glass. Those are things that we’d like to see,” Buerskin said. “A lot of times people are really worried about their peanut butter jars or their mayonnaise jars. If you can’t get those clean enough we ask that, when in doubt, throw it out.”