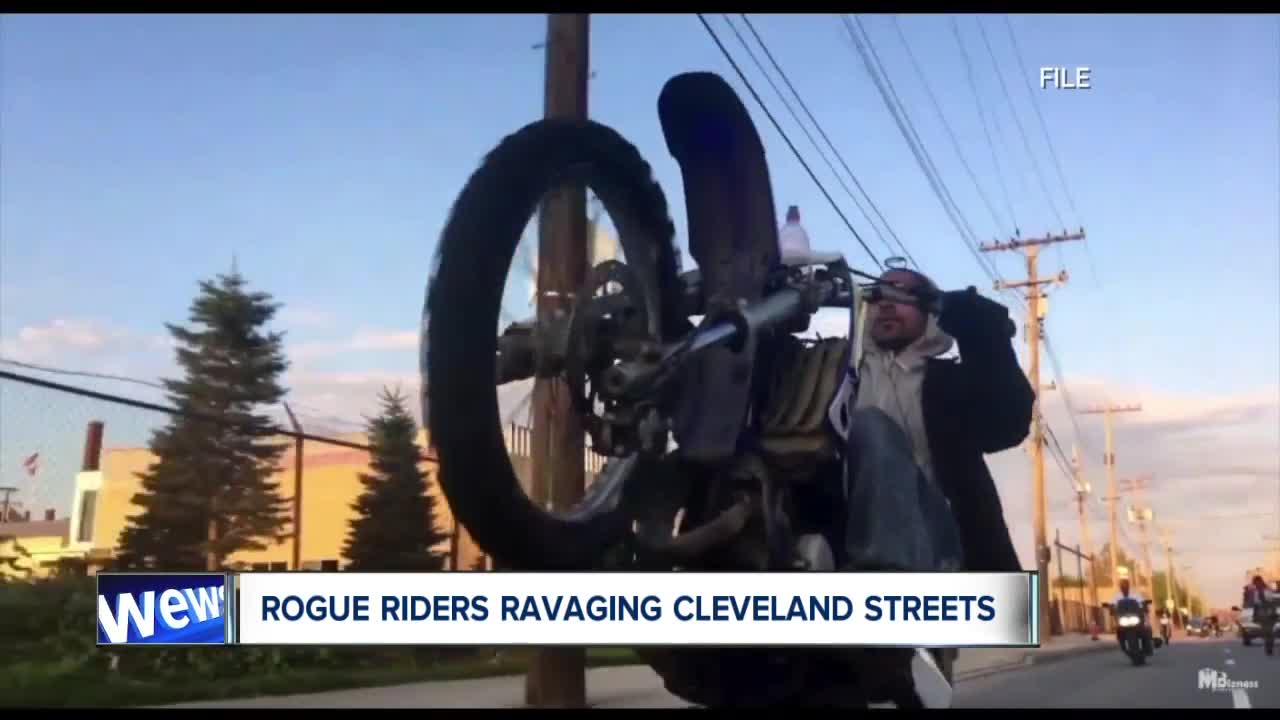 Treating traffic lights and signs as mere suggestions, another large pack of illegal dirt bike and ATV riders proceeded to cut through congested traffic, tearing up yards and taking over Cleveland streets in the process on Sunday evening. 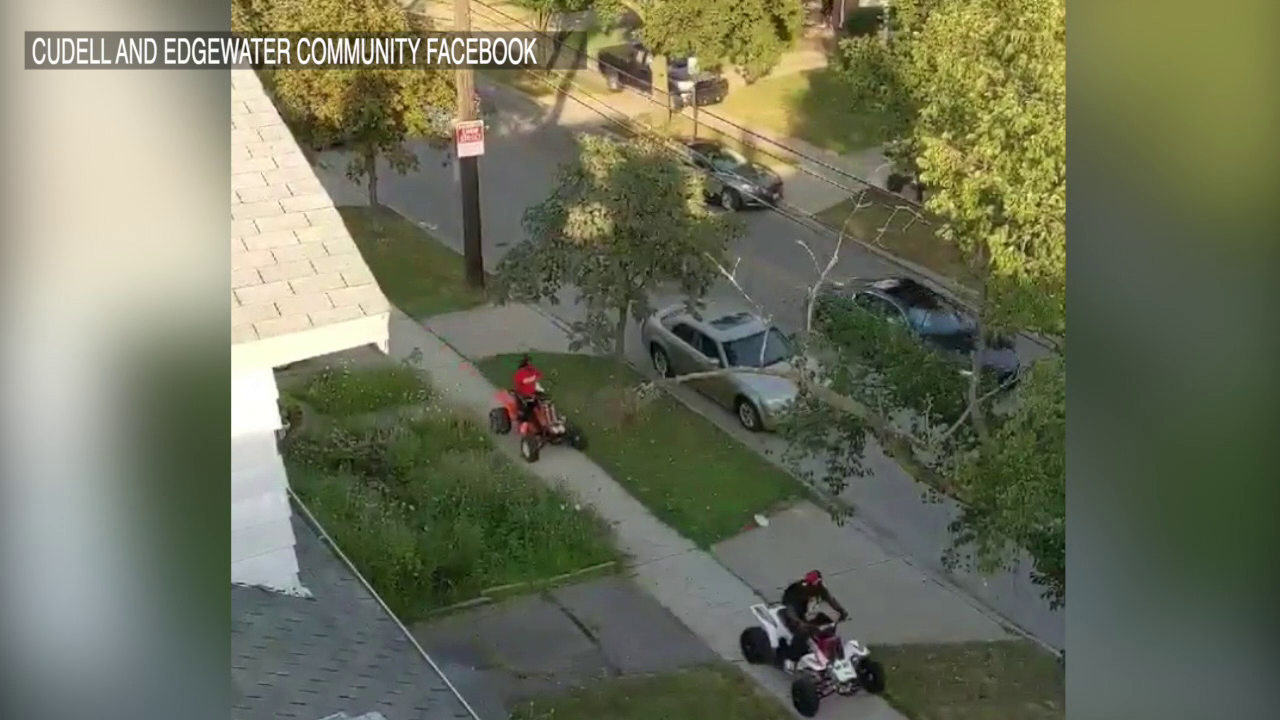 CLEVELAND — Treating traffic lights and signs as mere suggestions, another large pack of illegal dirt bike and ATV riders proceeded to cut through congested traffic, tearing up yards and taking over Cleveland streets in the process on Sunday evening. The massive display -- one of many in the city in recent years -- left residents all across the city feeling frustrated, including one city councilman and even some patrol officers.

Originating on Cleveland’s east side and in Euclid, the pack of riders swelled to more than 50 people around 5:30 p.m. Sunday evening. Officers and dispatchers were quickly inundated with emergency calls. The situation grew even more chaotic around 5:40 p.m. when one of the dirt bike riders collided with the driver of a pickup truck causing serious injuries. The driver of the pickup truck was then chased down and assaulted by cohorts of the dirt bike rider, police said.

Additionally, police said a traffic unit supervisor was assaulted by members of the pack of dirt bike and ATV riders when trying to make an arrest. It was just the beginning of a long, frustrating night.

The pack of wheelie-popping, traffic-weaving dirt bike riders then began to wreak havoc on the city’s west side. In total, Cleveland police said there were 44 calls for service related to dirt bikes and ATVs on Sunday, bringing the year-to-date total to nearly 600. Sunday’s emergency calls spanned every corner of the city.

Throughout the more than two hours of dispatch recordings, multiple patrol officers appeared frustrated by the large crowd of illegal dirt bike riders and how the group was trying to intimidate other motorists, potentially putting people’s safety at risk.

“I hate to say this but we need to make sure that the intersections are secure so nobody gets hurt,” one officer said. “Do not pursue but make sure these intersections that they’re trying to go through, an innocent bystander doesn’t get hurt.”

A police spokesperson said department policy dictates that officers in normal zone cars are prohibited from chasing an ATV or dirt bike. Instead, only officers riding the off-road capable motorcycles may tactically pursue dirt bike riders in certain situations. During Sunday night’s incidents, a police supervisor re-iterated the no-chase policy.

Large groups of illegal dirt bike and ATV riders have long been a thorn in the city’s side for years. Exactly one year ago, dozens of dirt bikes and ATVs took over the streets of Lakewood and Cleveland. One man was injured after falling off his dirt bike.

So far in 2019, the police department has fielded 582 emergency calls related to dirt bikes and ATVs. According to police statistics, the calls come in a similar levels each day of the week. As expected, Saturdays and Sundays have the highest volume of calls.

Councilman Polensek, who said he fielded two more complaints about illegal dirt bikes on Tuesday morning, said public safety leaders must be more aggressive in enforcing the city’s traffic code in an effort to quell the illegal displays.

“A former chief of police just told me recently at an event I was at, ‘if you cannot enforce the basic traffic code, what can you do?’” Councilman Polensek said. “It’s not the rank and file officers. They want the law enforced. The citizens want the law enforced. [Public safety leaders] have to set the tone that this is unacceptable, what is happening in our neighborhoods.”

After previously shelving the project in 2017, Mayor Frank Jackson’s administration appears interested in re-booting a proposed dirt bike and BMX track in the city. Earlier this summer, the city issued a request for proposals from interested consultants that would be tasked with selecting a site for the track, as well as develop programming and operational guidelines.

A consultant will be selected in September, according to city records.