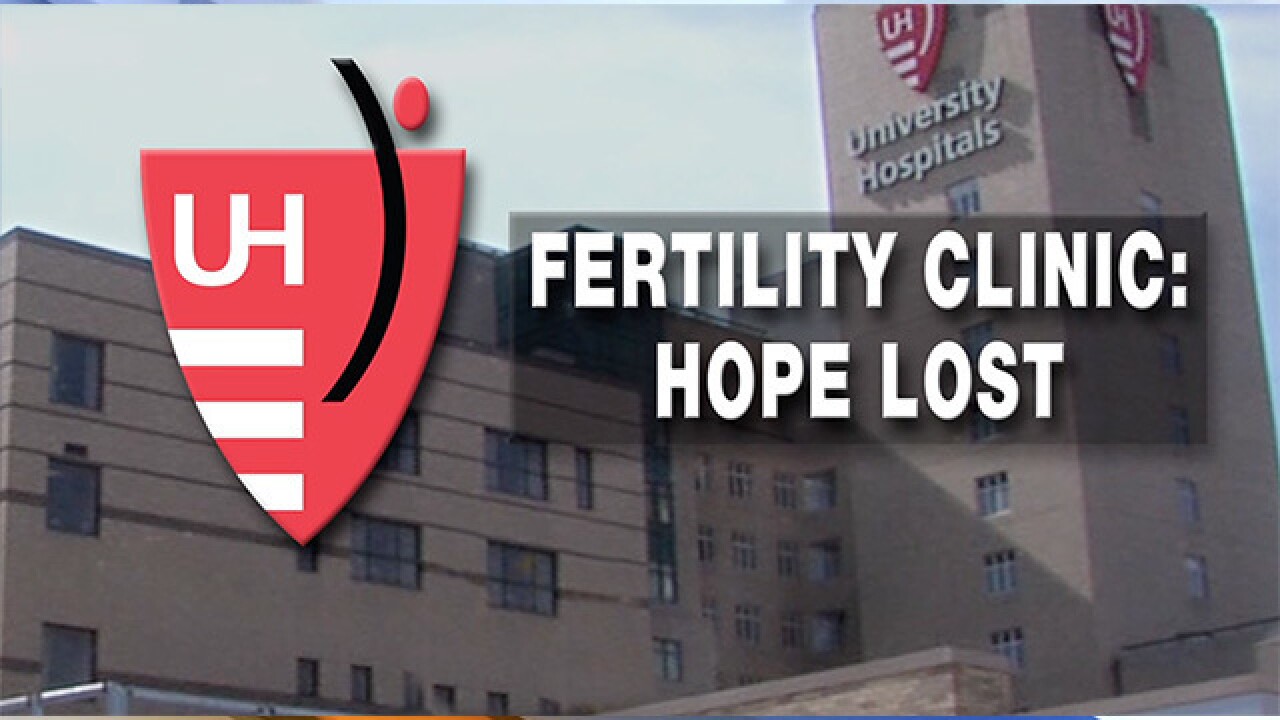 A judge has denied a motion filed by University Hospitals last week that sought to have a lawsuit filed against them dismissed after a fertility clinic disaster resulted in the loss of thousands of eggs and embryos for more than 900 patients.

The motion claimed the lawsuit lacked an affidavit of merit — meaning the lawsuit didn't contain the findings and opinions of an expert and may not have held up in court.

An attorney representing a number of patients affected by the disaster previously said it appeared the hospital was trying to have the case thrown out so it could be sued for medical malpractice instead.

According to the attorney, UH likely sought to have the case turned into a malpractice lawsuit due to monetary damage caps.

Judge Stuart A. Friedman denied the motion on Friday.

There have been around 45 lawsuits filed against University Hospitals since the disaster happened earlier this year.