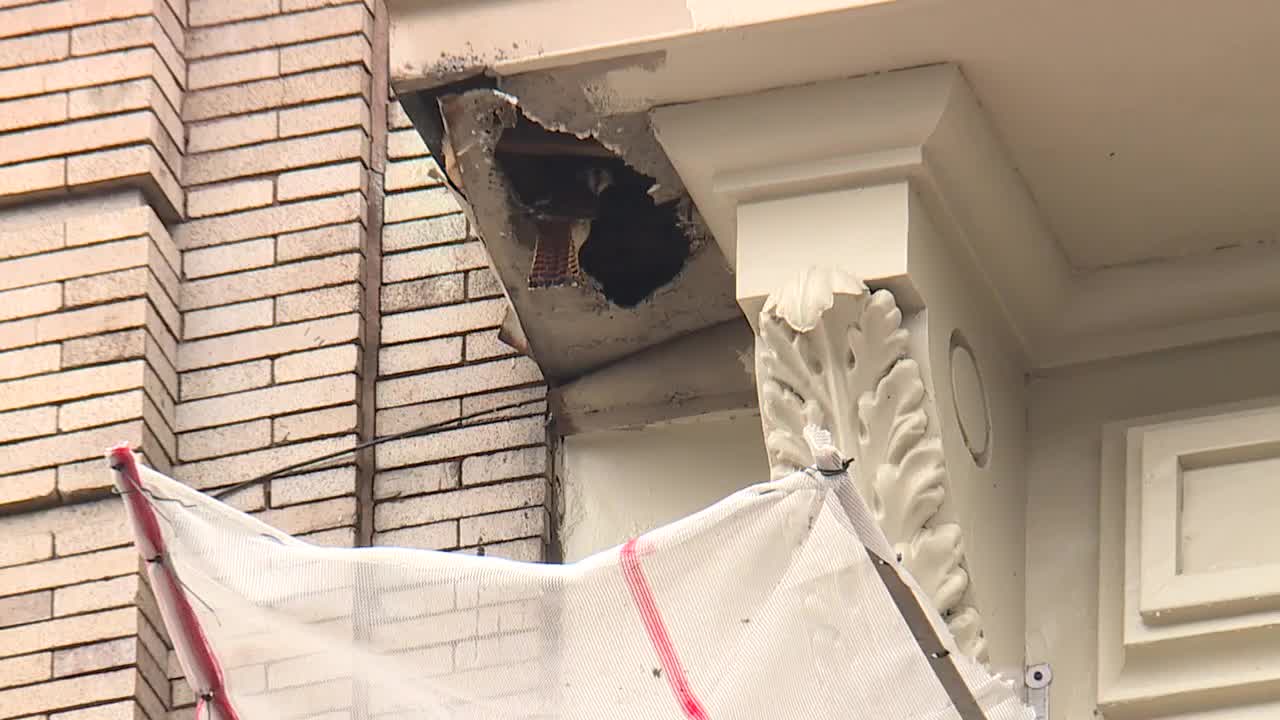 An Ohio City construction company is reworking a project around a family of falcons after the project superintendent found a falcon’s nest in the building while making repairs. 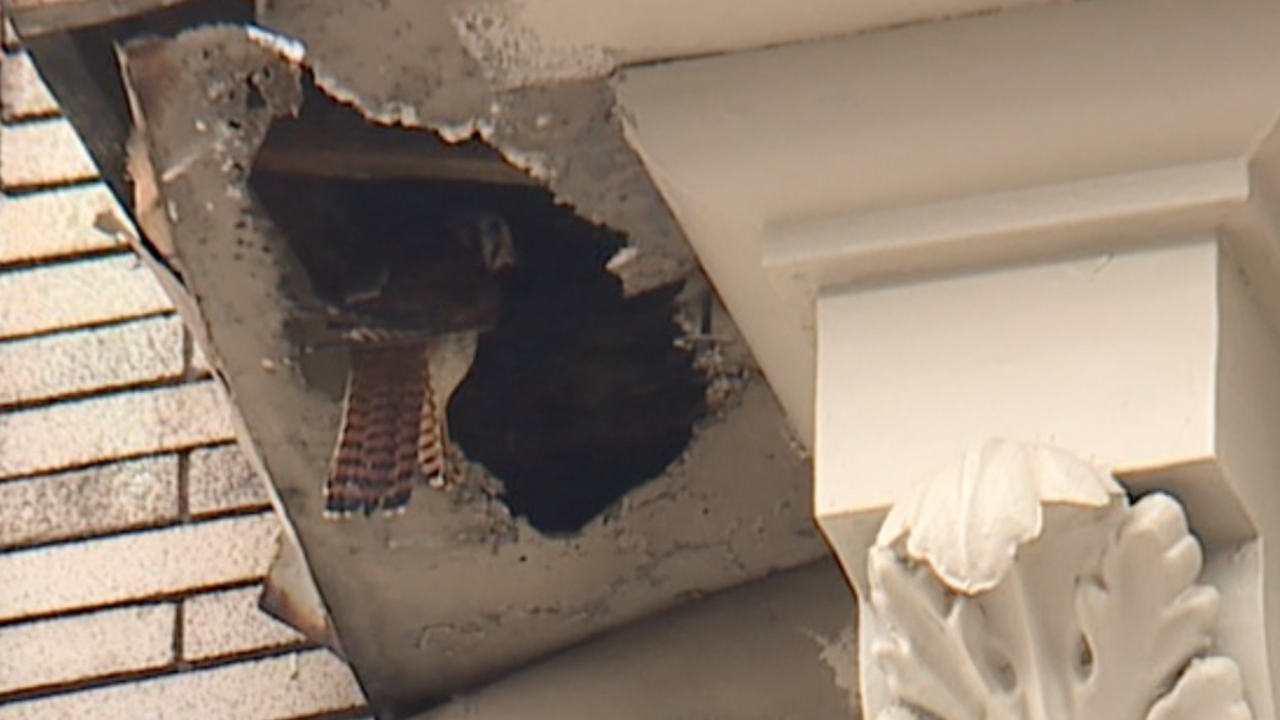 CLEVELAND — An Ohio City construction company is reworking a project around a family of birds after the project superintendent found a falcon’s nest in the building while making repairs.

Walter Gachuk, a project superintendent from the construction company Snavely Group, was working on the company’s project to renovate the historic Forest City Savings & Trust Building located on the corner of West 25th Street and Detroit Avenue in Cleveland’s Ohio City neighborhood.

The project aims to make the building, which is now Forest City Apartments, one of the greenest buildings in the city with 75 percent of the energy generated by solar power.

Gachuk was repairing a damaged soffit on the Forest City Apartments building when two falcons, identified as American Kestrels, began dive bombing him to scare him off.

After speaking to Cleveland Metroparks, Gachuck confirmed the birds were defending a nest. He searched for a nest but didn’t notice one on the first inspection.

Gachuk noticed the birds were bringing food to the site, so he decided to take another look.

Using a mirror, Gachuk found a nest with eggs inside the damaged soffit’s opening.

Gachuk and Snavely Group made the decision to rework the renovation as to not disturb the falcon family.

It could take up to 60 days for the baby birds to fledge the nest, but the construction company is making plans around that time frame in order to protect Ohio’s wildlife.

While they wait for the hatchlings to grow and leave the nest, Gachuk has set up a webcam so people can watch the falcon family live.

Check out the American Kestrel family in the player below: