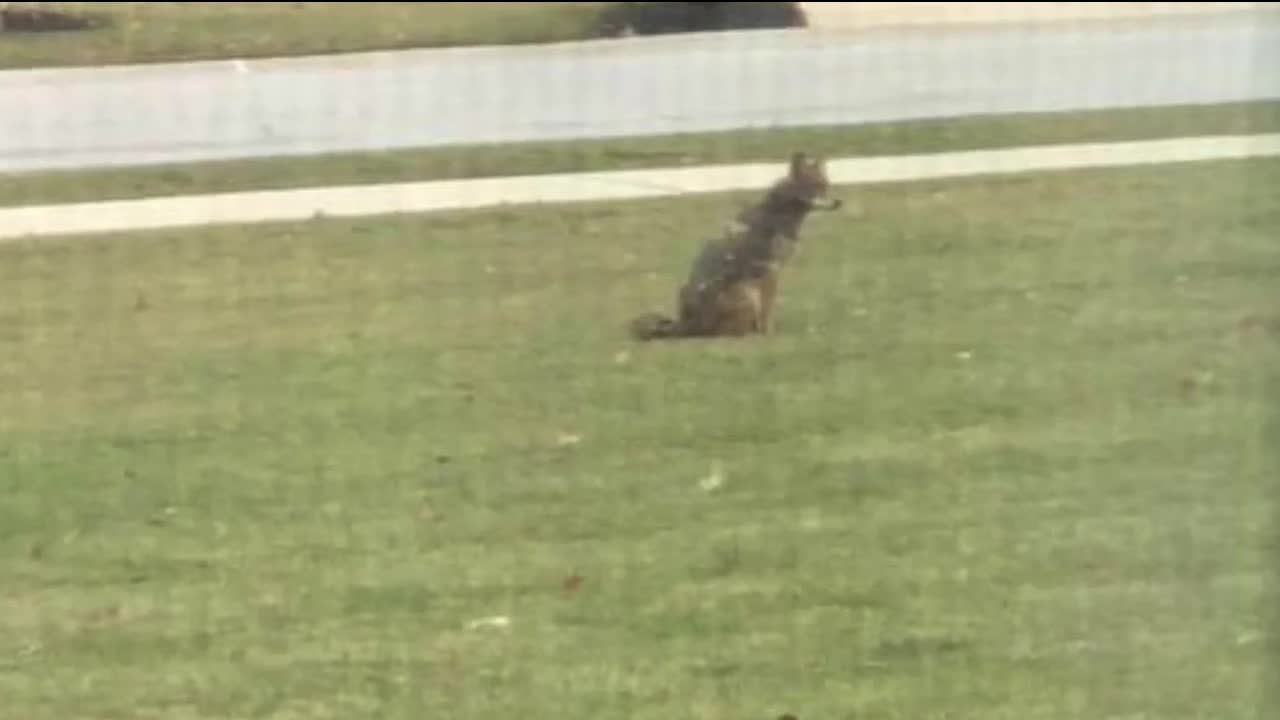 The City of Mentor wants its citizens to be on alert after an influx in the number of coyote sightings across the city. One of those coyotes appears to be behind the mauling death of a family pet on Wednesday, city officials said. 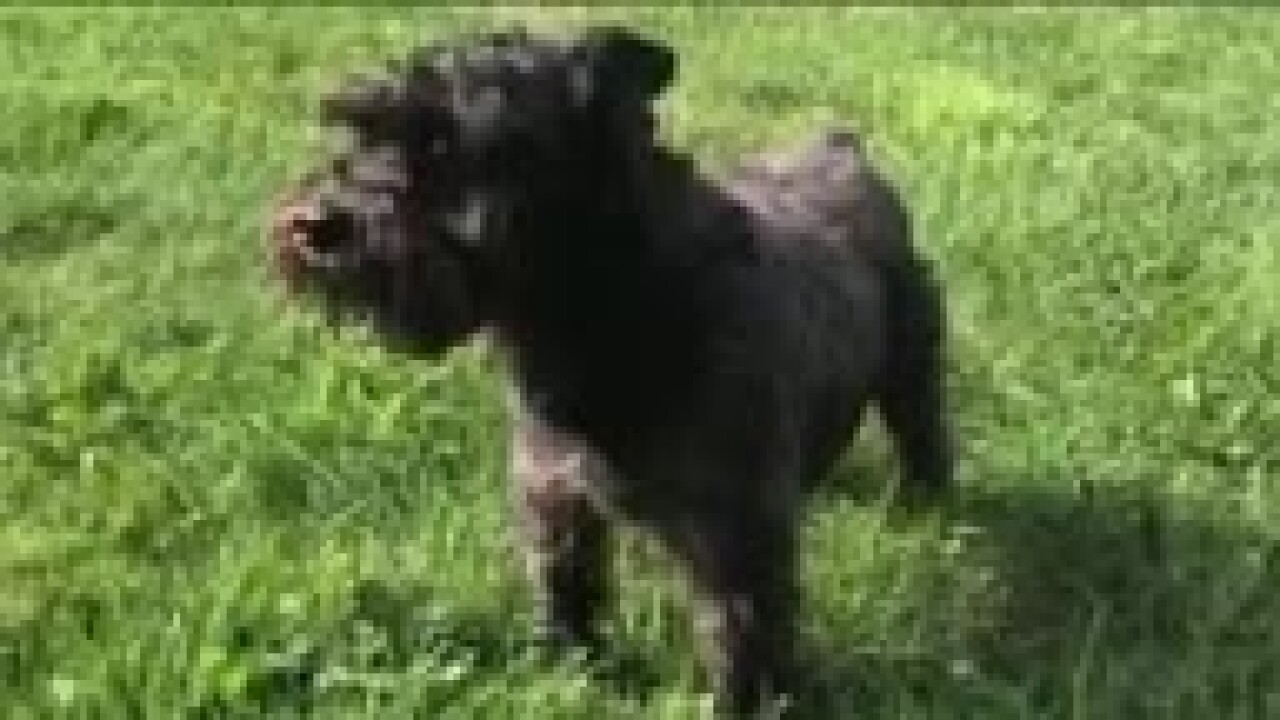 MENTOR, Ohio — The City of Mentor wants its citizens to be on alert after an influx in the number of coyote sightings across the city. One of those coyotes appears to be behind the mauling death of a family pet on Wednesday, city officials said.

Between the months of January and March, coyote sightings are quite common because it is the mammal’s breeding season. During the months of April and May, coyotes tend to be even more assertive as they try to actively protect their litters.

Over the past week, Mariah Ritts, the natural resource specialist for the City of Mentor, said she has fielded dozens and dozens of phone calls from citizens who have either spotted or are concerned about coyote activity in their neighborhoods. The calls have come from all over the city, she said.

“It’s definitely been more of an issue this week than it has been the last couple of months,” Ritts said. “Coyotes in Ohio are pretty common but attacks like these are pretty rare. I’d say they are pretty assertive.”

Although the city hasn’t totally confirmed a coyote attack took place on Wednesday , the evidence surely suggests it, Ritts said.

Ritts said she needs to interview the neighbor who witnessed the apparent attack before confirming one took place, she said.

On Wednesday morning, the wife of Rick Fryan let the family dog Harvey out on the back deck of their home on Chillicothe Road in Mentor. Just a few minutes later, the family received a call from their neighbor who reported seeing a coyote carrying the 17 pound dog away.

“We have never had [coyotes] up by our home. It was very shocking,” Fryan said. “Unfortunately he was — there wasn’t a lot of him [Harley]. It was just — it was horrible.”

Family and friends searched their wooded property for several hours before finding Harvey’s remains in a patch of woods not far from their home.

“He was definitely our best friend,” Fryan said.

When Fryan and the city both posted coyote-related alerts onto social media, scores of other citizens reported close encounters with coyotes. The mammals were spotted on front lawns and porches, in addition to backyards and even inside the back fence. Neighbors said many of the coyotes appeared to be desensitized to humans.

As they get desensitized to the general public and humans, my fear is that somebody has a small toddler in their backyard. You just never know,” Fryan said. ““It is a problem and I’m hopeful the city of Mentor and ODNR can come up with some sort of a solution.”

Ritts said as the breeding and nursing months continue, interactions with coyotes will grow more common. This time of year also presents an opportunity to make your property less desirable for coyotes.

“First off look at your backyard make sure there is no food being left outside to attract any unwanted animals to the area. Also make sure your trashcan lid is closed,” Ritts said.

Eliminating potential shelter for coyotes and keeping dogs leashed are other ways to prevent coyote attacks.

“You also want to make sure your not providing shelter like a big deck with room underneath the coyote might want to stay in. Please walk [dogs] on a leash. If you are walking it off leash it’s going to attract the coyotes closer to you. If you do get approached by a coyote when you are walking your small dog, if you have the ability, pick it up and walk away from the coyote,” Ritts said.

Residents are also encouraged to make themselves appear to be as ‘big’ as possible by screaming, hollering and making loud noises. If the coyote appears unfazed, residents should try to remove themselves from the situation.

Although it is far too late for his beloved Harley, Fryan wants his neighbors to be aware of what can happen.

“Make sure you are with your pets at all times when you take them out and it’s sad and hopefully it doesn’t have to be that way forever. The bottom line is lets find a solution,” Fryan said.

Officials from the Ohio Department of Natural Resources say it is legal to shoot a coyote in self-defense. However, those regulations cannot supersede city codes. In Mentor, it is illegal to discharge a firearm in the city limits.

“You are able to call a nuisance trapper but the best thing to do is remove yourself from the situation,” Ritts said.

1. Understand that coyotes are established in all of Ohio’s 88 counties and are regularly spotted within city limits. Read more about coyotes at wildohio.gov . Wolves are not a species found in the wild in Ohio.

2. If you spot a coyote on your property, make sure to remove all “attractants” to deter the coyote from returning. “Stash your trash” by properly securing garbage and removing outside pet food primarily before nightfall. Remember to clean up around the grill as well. Do not feed coyotes directly.

3. Typical foods consumed by coyotes include small mammals (voles, shrews, rabbits, mice), plant matter, nuts, and dead animals such as road-kill. However, interactions with domestic pets do occur sometimes. Keep small dogs and cats inside (especially at night) or on a six-foot leash when outside. Retractable leashes are of little help since it is very difficult to reel a dog back if it is far ahead. Coyotes may attack dogs in defense of themselves or their territory so keeping control of domestic dogs is crucial for a pet’s safety.

4. Occasionally, an inquisitive coyote will stay put and watch you curiously. Make noise. Clap your hands, stomp your feet, and shout; the coyote will likely move on at this point. If it doesn’t, pop an umbrella open and closed, toss rocks in its direction, or use a noise maker. A coyote that loses its fear of humans can potentially become a threat.

5. If a coyote visiting your yard does not respond to harassment techniques such as loud noises or it is presenting a conflict even after attractants are removed, contact a licensed nuisance trapper. You can locate a trapper here or by calling the ODNR Division of Wildlife at 1-800-WILDLIFE. Nuisance trappers use highly-regulated techniques to target individual animals consequently reducing urban wildlife conflicts. Coyote populations in rural areas can be managed through legal hunting and trapping methods. Consult the yearly “Ohio Hunting and Trapping Regulations” digest for more information.