A two-phase, $8 million project will bring a much-needed facelift to a moon-like, crater-filled road in Ohio City later this year.

CLEVELAND — A two-phase, $8 million project will bring a much-needed facelift to a moon-like, crater-filled road in Ohio City later this year. However, neighbors living near Fulton Road between Lorain and Clark Avenues, along with Ward 3 Councilman Kerry McCormack, are concerned about the project’s planned removal of two stoplights and the potential impact on pedestrian safety.

Beginning in late February or early March, construction will begin on the Fulton Road Rehabilitation Project, a multi-million dollar undertaking that will bring protected bike paths, on-street parking and a total revamping of the vital connector that bridges the Detroit-Shoreway and Clark-Fulton neighborhoods.

“This is a long overdue $8+ million dollar project that is going to rebuild Fulton Road to Clark Avenue all the way up to Detroit Ave,” McCormack said. “Neighbors get involved in almost every decision that we make. Because of that, the projects are always stronger because we have the neighbor feedback.” 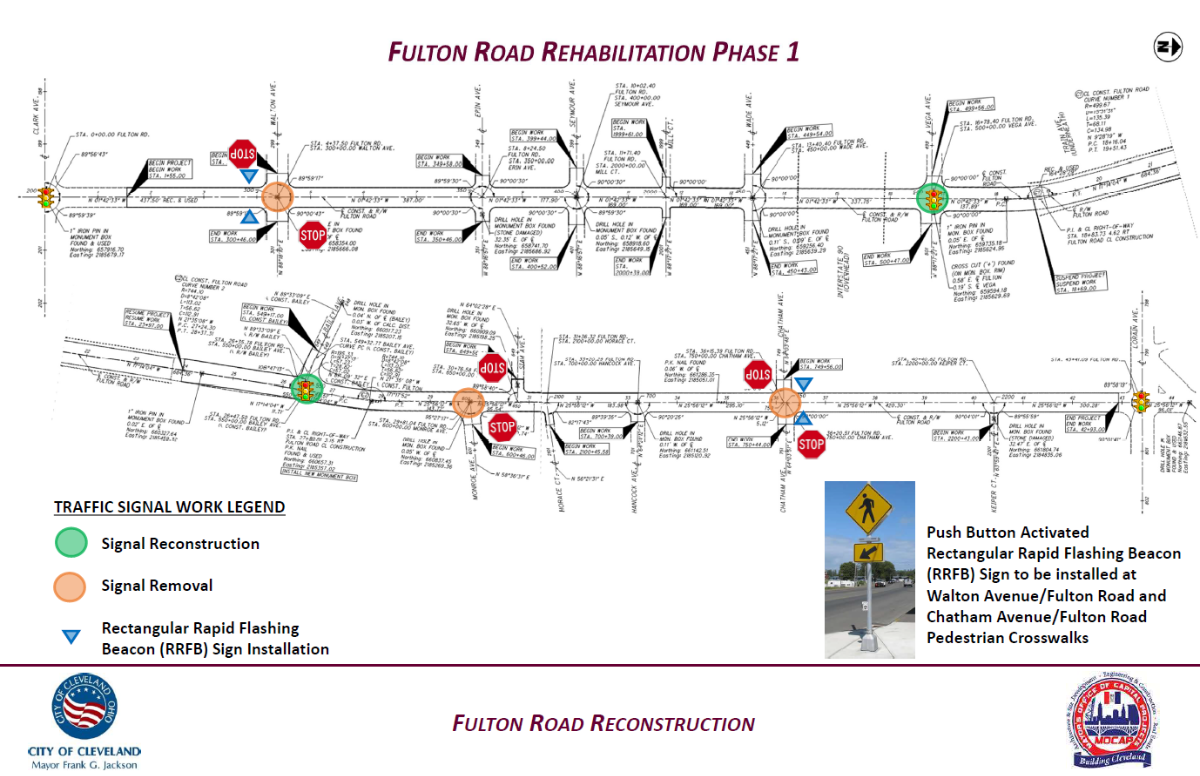 Another traffic light is expected to be removed at the intersection of Walton Ave. and Fulton, just north of Clark. Neighbors expressed concerns about what removing the traffic lights will mean for the often-traveled roadway where drivers frequently exceed the 25 mile-per-hour speed limit.

Gina Matteucci said the removal of the stoplight near her home could put pedestrians in peril.

“I think that’s a horrible idea. If they remove this stop light, cars are going to be flying through -- between Lorain and all the way down to Vega or Train Avenue -- at 40 miles per hour. There’s a bus stop right here on the corner,” Matteucci said. “The concern for someone getting hurt or someone getting hit by a car. It’s a very serious issue. There are people walking through here all the time.”

Even in mid-winter, the area is frequently used by pedestrians and cyclists, Matteucci said. Students walking to and from nearby St. Ignatius frequently use Fulton Road as well.

“The removal of the stoplights is absolutely a concern of mine,” McCormack said. “I’m open to other alternatives to a stop light but I’m not open to – and one thing we will push back on -- is if we simply remove the traffic lights and tell people to essentially fend for themselves. It’s not a safe condition to be in.”

McCormack said the concerns about the removal of the stoplights are not something that was sprung upon city leaders and the project’s consultants. Discussions on potential alternatives, including keeping the traffic lights or installing a four-way stop, continue, McCormack said.

The number of speeding drivers will only increase if the traffic lights are removed, McCormack said. 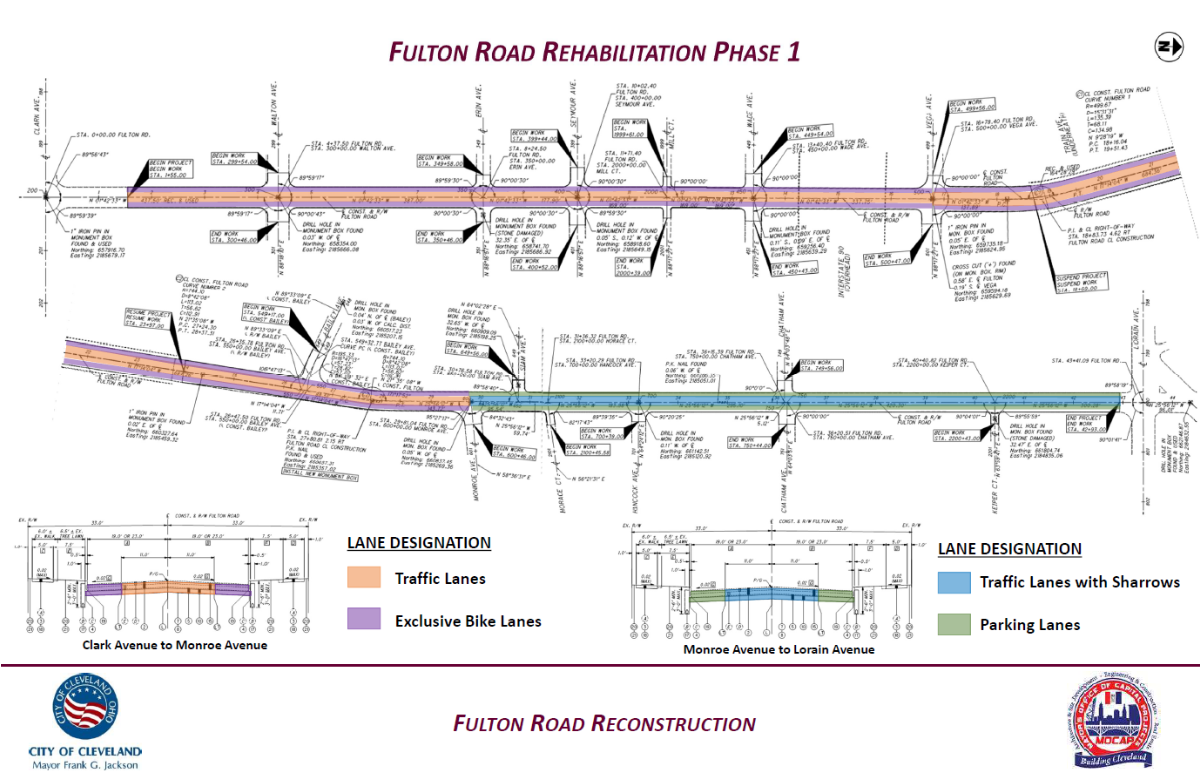 “This road is going to be smooth. There’s already issues with speeding on the road right now and the condition that it is in. If you make a smooth road and you remove stop lights, that could incentivize drivers to go even faster,” McCormack said. “My main priority representing the neighborhoods is making sure we have safe streets.”

Matteucci said removing the traffic lights flies in the face of what the project sets out to accomplish.

“If you’re trying to make a walkable, bike-able city, removing stop lights that create more speed and more availability for cars to be driving through, that’s counter-intuitive,” Matteucci said. “If the city decides to just put in a flashing crosswalk, I’m just really nervous and scared for any type of injuries.”