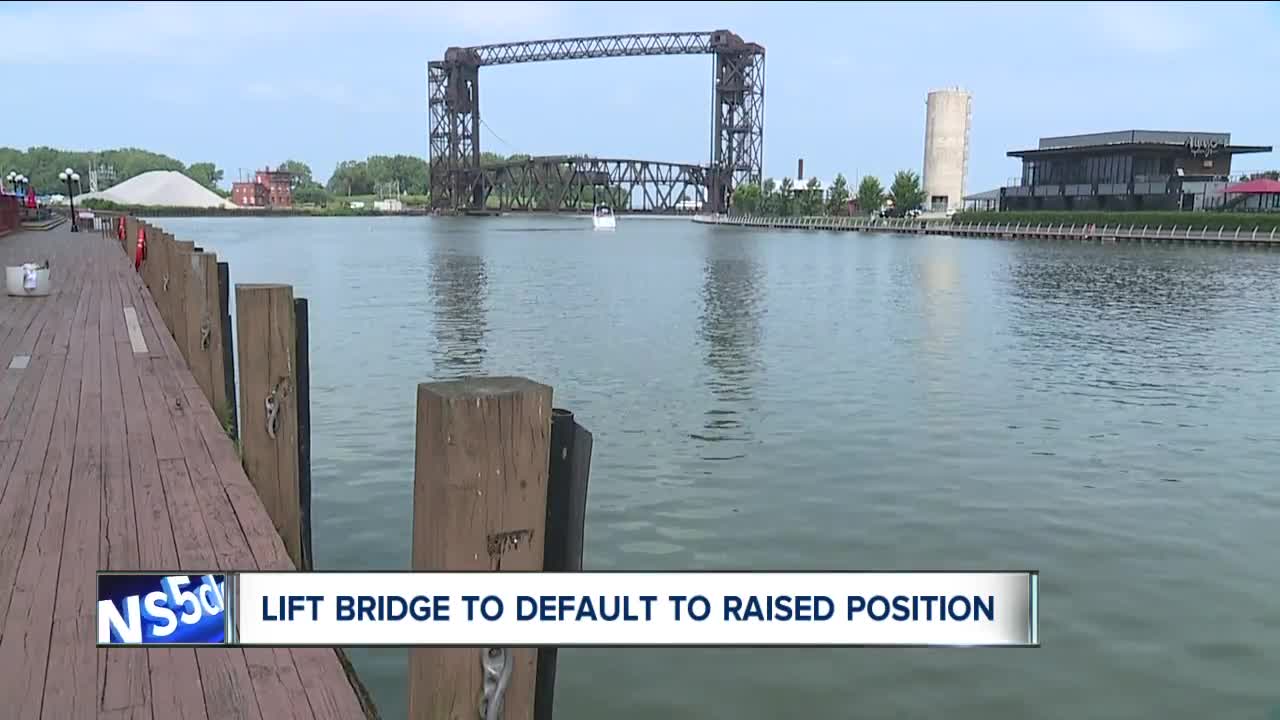 In an email to various business owners and stakeholders in the Flats, the vice president of communications at Norfolk Southern said, effectively immediately, the lift bridge at the mouth of the Cuyahoga River, will default to the ‘raised’ position. 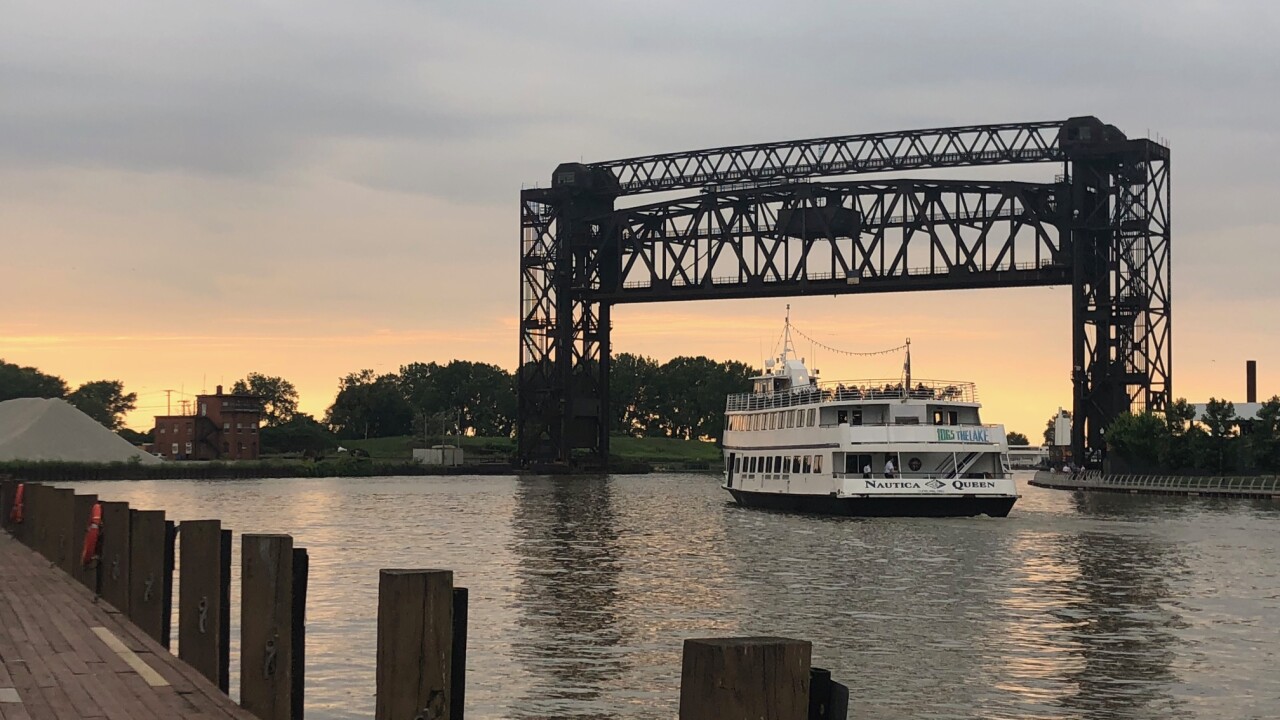 CLEVELAND — In an email to various business owners and stakeholders in the Flats, the vice president of communications at Norfolk Southern said, effectively immediately, the lift bridge at the mouth of the Cuyahoga River will default to the ‘raised’ position.

The policy change, which railroad officials stressed may not become the official standard, marks a significant victory for maritime business owners in the area who have long complained that the bridge’s ‘down’ position creates substantial delays and potential safety issues.

Tom Werner, Norfolk Southern’s Vice President of Corporate Communications, said in an email to area stakeholders Friday afternoon that a general manager within the company has ordered dispatchers and bridge tenders to keep the lift bridge – known as NS1 or ‘The Iron Curtain’ – in the raised position unless it must be lowered to accommodate rail traffic. The rail line that cuts across the Cuyahoga River accommodates nearly 90 trains per day – or a train every 15 minutes.

“[The general manager] cautioned that he has not looked into every implication yet, so he can’t promise that this will remain the standard,” Werner said in the email. “But that his instructions will remain in force until he has evidence why they can’t – in which case I’ll let you know.”

The email followed an hour long conference call between Werner, the captains of the Nautica Queen and Goodtime III, and Laurie Dittoe, the owner of Great Lakes Watersports. Despite the promise of a solid day of revenue in renting out kayaks, boats and jet-skis, Dittoe made the decision not to open on Friday out of an abundance of caution.

“I can’t be open because I can’t in good conscience put someone out on a jet ski or a boat and have them sit there in this heat… and have them sit there for an hour waiting for the bridge to go up before they go out, enjoy their ride and sit for an hour on the way back,” Dittoe said. “They could come back with heat stroke. As much as I would love to be able to make the money today I can’t do it.”

As News 5 previously reported last week, business owners in the Flats were growing increasingly frustrated by the lift bridge’s default ‘down’ position. Werner confirmed that the bridge’s default, ‘lowered’ position was in effect partly because of ongoing maintenance along the tracks and a subsequent slow order on trains traversing through the area.

When in the lowered position, the lift bridge effectively cuts the river in half, leaving boaters, kayakers, freighters and other vessels stranded on either side. If the bridge is in the ‘lowered’ position for an extended period of time, flotillas form on either side of the bridge. The problem is especially pronounced on weekends.

“Last weekend I think it was there had to have been 40 boats on both sides of the bridge,” Dittoe said. “They get closer and closer to the bridge, thinking by doing that they are going to intimidate the bridge tender. As it opens, everybody takes off.”

When that happens, Dittoe said it creates dangerous wake, especially for people in kayaks and other pleasure craft.

During the hour-long conference call Friday afternoon, Werner told the group of business owners and stakeholders that he and his team have been diligently reviewing the company’s policies and records in an effort to come up with a tenable solution for both parties. As part of that process, Werner said he consulted with Norfolk Southern’s operations, engineering and law departments. Werner said he went as far to review Yelp and Trip Advisor reviews for more contextual information on how prevalent and pervasive the bridge delays have been.

Three years ago, Norfolk Southern implemented changes in how NS1 is operated. Instead of the on-site bridge tender having some authority in the raising or lowering of the bridge, most of the responsibility was shifted to a consolidated dispatching center in Atlanta. The company’s other dispatching center in Dearborne, Michigan was also consolidated and shifted to the Atlanta operations. In the process of doing so, Werner said the company lost some experienced dispatchers who had extensive knowledge of the uniqueness of NS1.


Werner said one of the company’s top general managers, who came to Norfolk Southern through the Conrail acquisition, has intimate knowledge of NS1 and how it should be operated. That general manager is now actively working with dispatchers and other operations officials to come up with update policy on when NS1 should be raised or lowered. Werner said the company is also examining the viability of having the bridge partially raised at various times throughout the day. Shorter, full openings of the lift bridge are also being considered, Werner said.

“If every half hour you could give me two minutes or five minutes, it would be nice if we could tell our customers that it wouldn’t be more than a half hour wait,” Dittoe said.