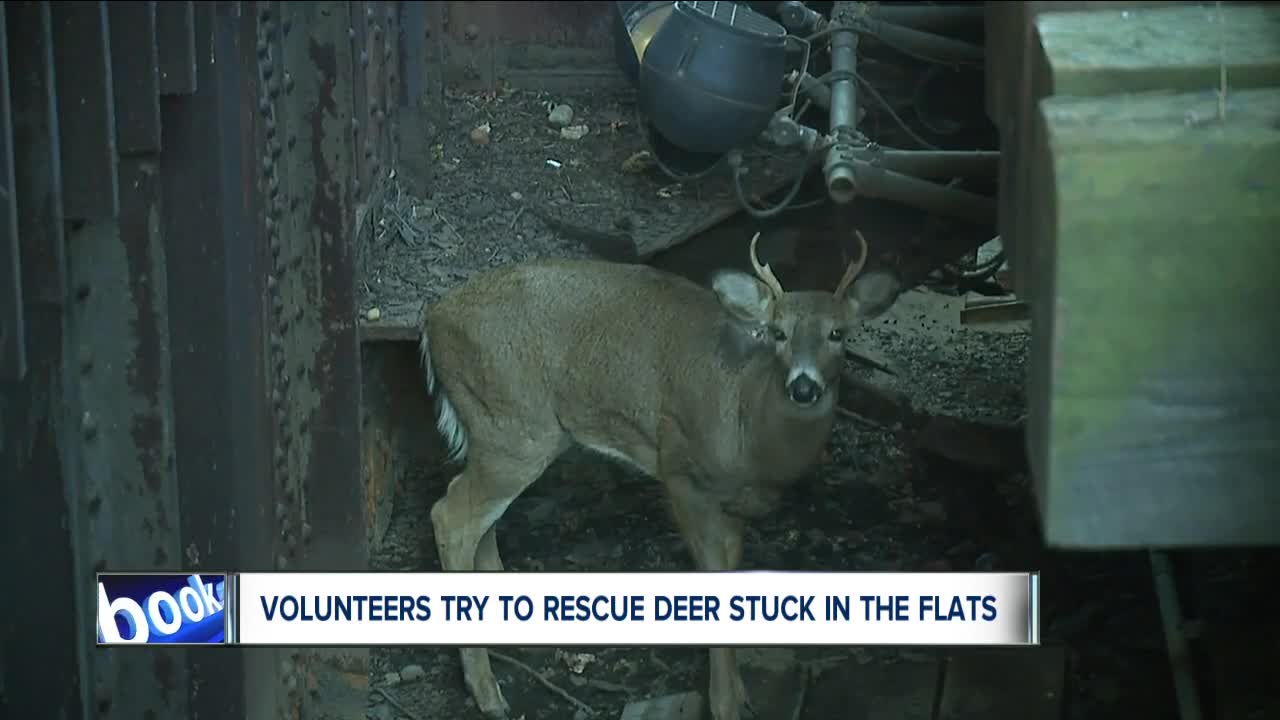 A popular place for engagement photos and urban explorers turned into a makeshift rescue operation Tuesday as a band of volunteers devoted their own time and money to rescue a stranded buck. 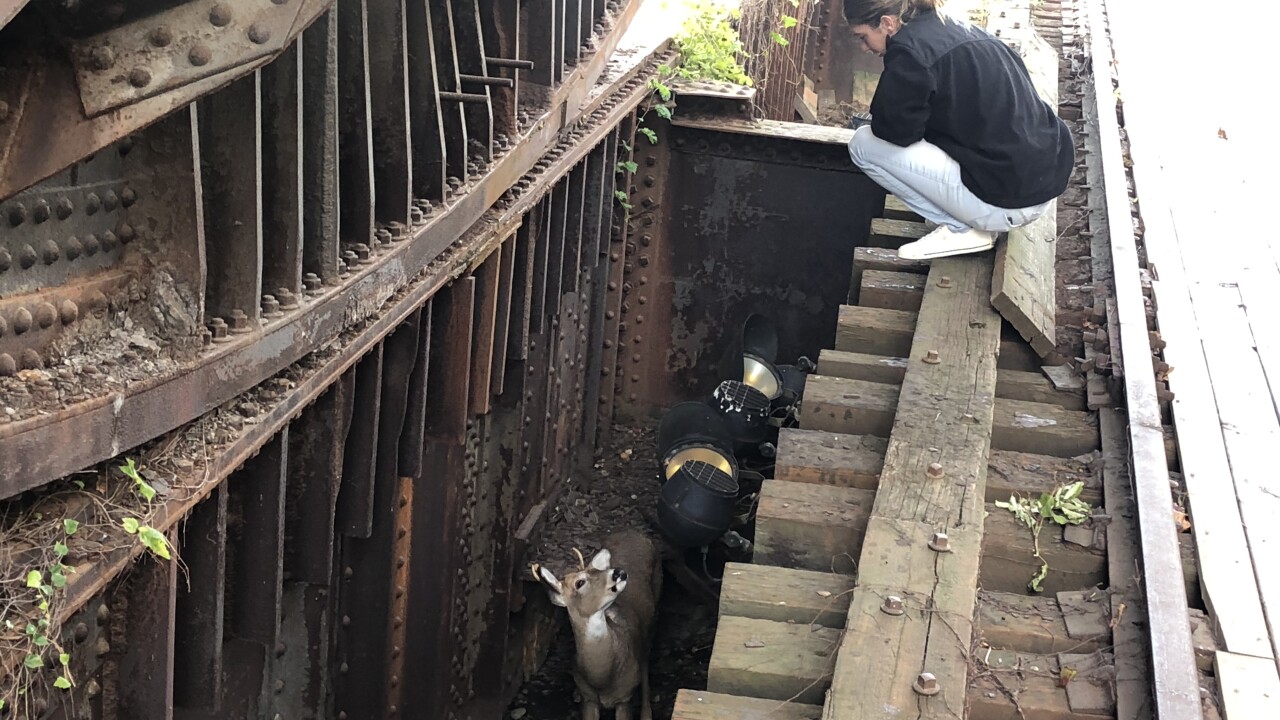 CLEVELAND — A popular place for engagement photos and urban explorers turned into a makeshift rescue operation Tuesday as a band of volunteers devoted their own time and money to rescue a stranded buck.

Elizabeth Westropp and her family went to the decommissioned railroad bridge near Shooters on the Water in the West Bank Flats on Sunday to get their pictures taken Sunday afternoon when they spotted the male deer underneath the bridge’s main walkway. It appears the buck fell into the cavernous area over the weekend.

“It’s a curse, an animal-loving curse, and I have to be an example to my kids,” Westropp said. “There are people that just looked at him and left. I just couldn’t.”

Westropp and her son, Blaine, have devoted several hours over the course of two days trying to devise a way to coax the buck out of the hazardous area. Since the bridge was decommissioned decades ago, the area has become a pit of debris, including discarded patio chairs, beer bottles, broken glass and splintered wood. The area is too deep for the deer to hop out on his own.

The Westropps called Cleveland police and fire who directed her to Ace Wildlife Services. Ashley Brooks, who has been in the wildlife extraction business for well over a decade, has been in and out of the pit dozens of times trying to corral the deer.

Over the past two days, the trio has built a set of stairs out of an old ladder and also dug a tunnel that the buck may be able to use to escape the pit. They have tried to coax the deer by using lettuce, apples, carrots and other delicacies.

“There’s a lot of glass. There is wood with nails sticking out. There’s a lot of rust and small little areas. He’s just resilient. He doesn’t want to get out,” Brooks said. “Unfortunately, he lost half of his antlers underneath there with the fall. He only has two antlers right now. He’s pretty banged up.”

The buck has abrasions to the back of his neck and cuts to one of his paws, Brooks said. However, he is otherwise healthy and stubborn. After devoting six hours to the effort on Tuesday morning and early afternoon, the group disbanded in hopes that the deer, nicknamed Bucky, would be able to find his way out. If not, ODNR officials are expected to aid in the effort on Wednesday.

“We have to be very patient and try to bait him out. If anything, we’ll have to rope him up and pull him out,” Brooks said. “It’s definitely one of the most challenging cases but we’ll get it done.”