It was once the anchor in a bustling shopping plaza on Cleveland’s west side before it eventually sank. At different times since then, the former Kmart store near West 150th and Lorain has been the home of illegal dumping and squatters.

CLEVELAND — It was once the anchor in a bustling shopping plaza on Cleveland’s west side before it eventually sank. At different times since then, the former Kmart store near West 150th and Lorain has been the home of illegal dumping and squatters. Those nuisance issues appear to be a thing of the past as the New York-based property owner seeks to attract new tenants to the shopping complex.

The West 150th and Lorain Avenue commercial corridor is one of the most traveled areas on the west side. Traffic studies have estimated roughly 18,000 vehicles travel up and down the busy roadways each day. At the heart of it all sits a nondescript, gray cinderblock building with a vast, empty parking lot. The faint outline of long gone neon lettering hints at what once occupied the space.

“Those of us in the neighborhood, we may know that Walmart may be more competitive, but Kmart gave us an easy option to pick up something. They were competitive,” said Thomas Woods, a longtime West Park resident. 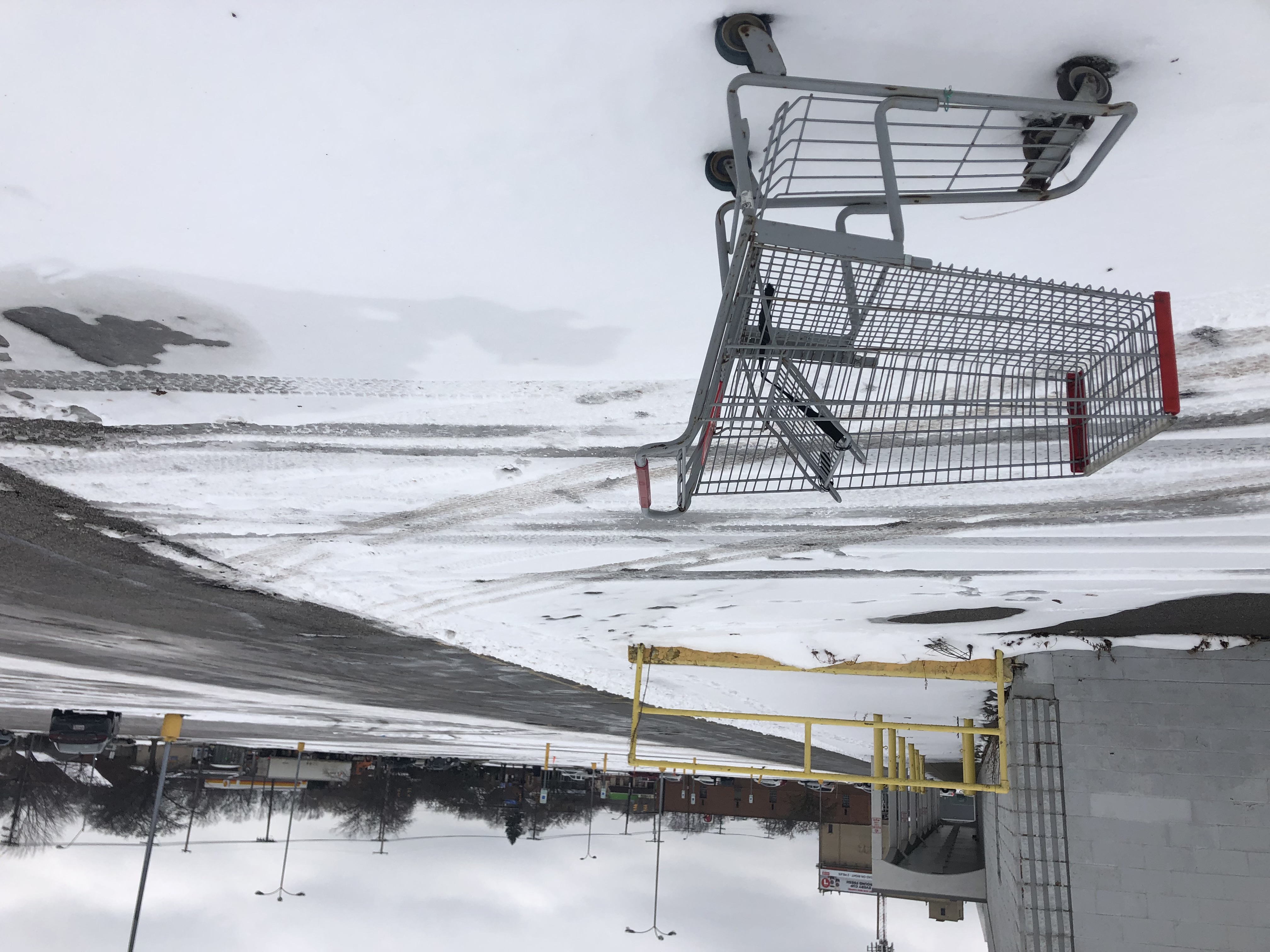 The Kmart closed in November 2017 and was part of a broader company effort to make the retail staple a more lean and profitable entity. It didn’t work. Kmart and its parent company Sears has sought bankruptcy protection.

In the months that followed the store’s closing, unscrupulous characters and fly-by-night contractors have treated the property like their own personal dump site. Large piles of crushed asphalt dotted the back alleyway. There were also massive piles of crushed sheetrock, old flooring and bags of trash.

Since late October, Steve Lorenz, the executive director of Kamm’s Corners Community Development Corporation, said the property owner has been far more diligent in keeping the property secure and free of debris. The property owners have also contracted out a towing service to ensure truckers aren’t using the empty parking lots to store their rigs.

The positive developments have been a welcome sight, Lorenz said.

“The property owner has been really receptive to us,” Lorenz said. “There was some dumping going on. There were also some issues with trucks overnighting there. He has taken care of both of those problems.”

As for what the future holds for the property, there have been some positive conversations, Lorenz said. While nothing has been set in stone, the property owner continues to try to lure in new retailers.

“He's let us know that they hope to divide up the Kmart building into three or four retail bays and that he has some interest in some of the outbuildings up near Lorain Avenue and 150th,” Lorenz said. “Westpark is an extremely dense neighborhood. We have some of the highest incomes across the city. The corridor at Lorain and West 150th is extremely busy between I-90 and I-71 with commuters going back and forth to work. It’s just a prime location for good retail.”

Dividing the former department store into smaller retail units would follow the trend of other property owners left to reckon with large, empty storefronts. Because of the proliferation of e-commerce, many non-big box retailers have opted for smaller, leaner retail locations.

“This property owner has different shopping centers across the 13 different states. He’s very experienced. He works with some very top retailers. He has some shopping centers in very upscale areas. He has relationships with the kinds of retailers we would want to have in this neighborhood,” Lorenz said. “The bottom line is we just don’t know yet but we’re really confident that this owner is going to find quality retail to go there.”

While much remains uncertain, many residents and frequent visitors of West Park are anxious to see the void filled.