Pothole-filled parking lot to be revamped with sewer saving infrastructure 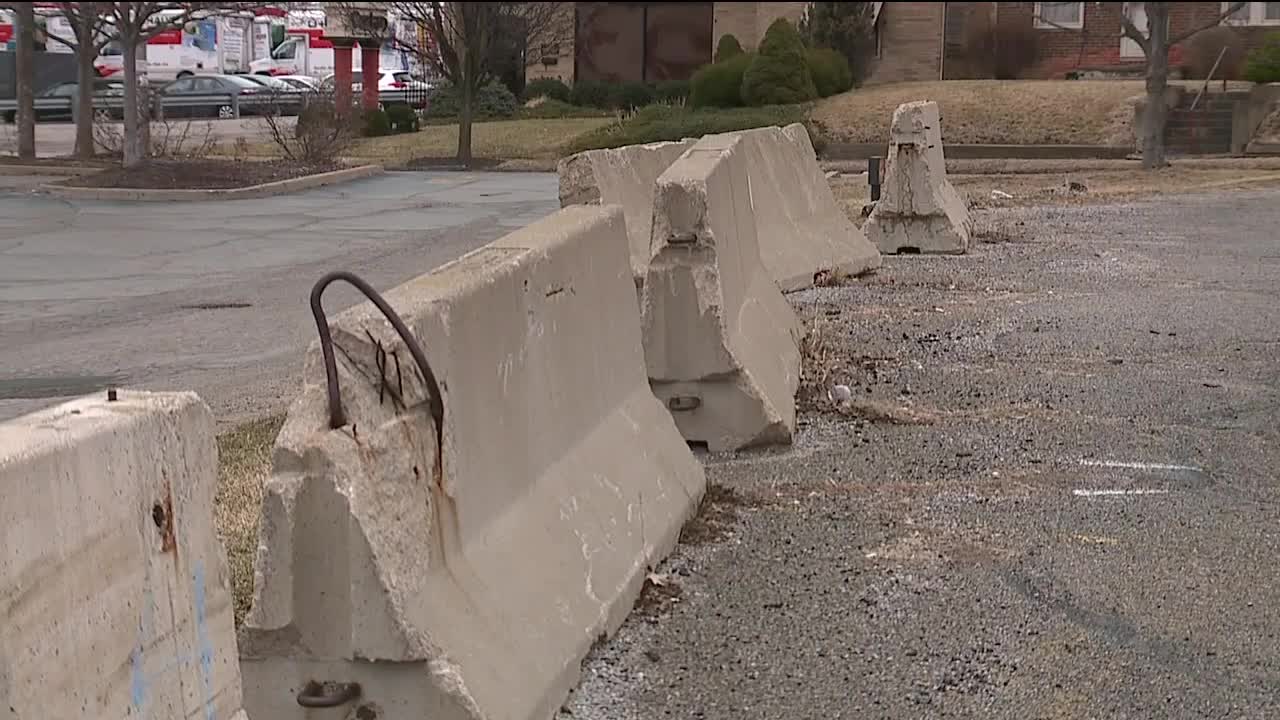 Beginning in early April, improvements and renovations will be coming to an often used, pothole-filled, city-owned parking lot in the heart of Kamm’s Corners. 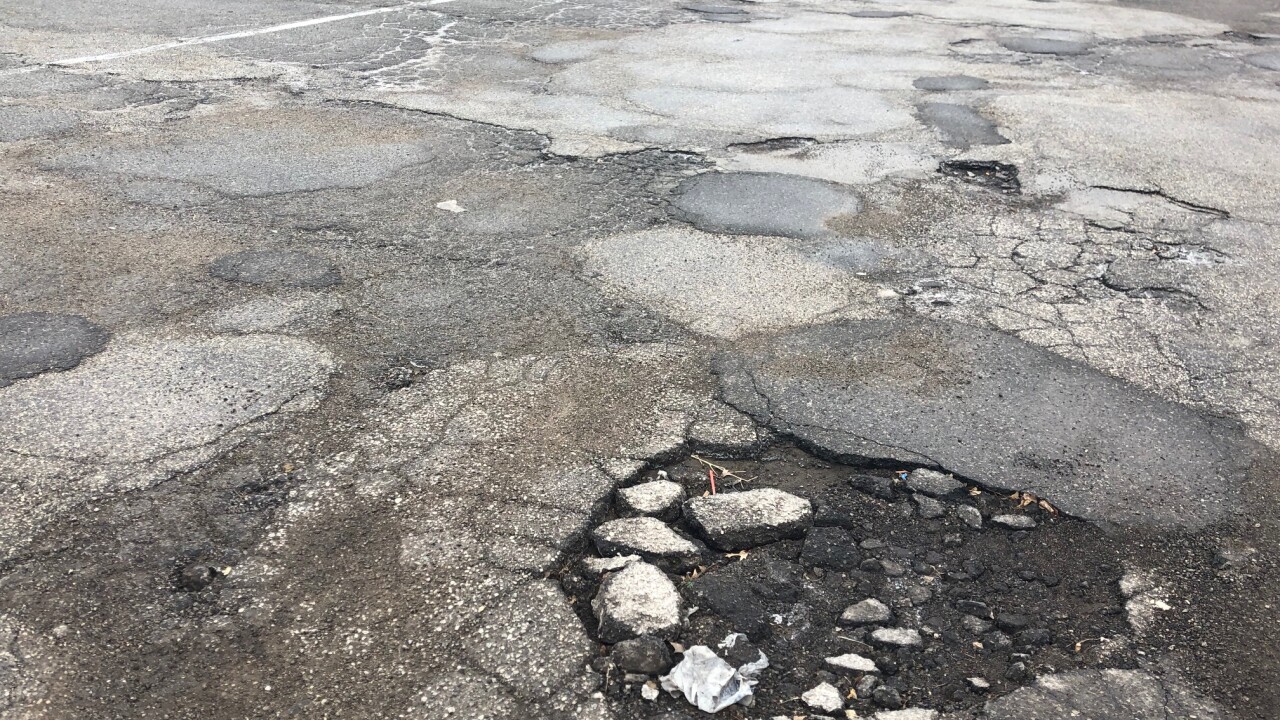 CLEVELAND — Beginning in early April, improvements and renovations will be coming to an often used, pothole-filled, city-owned parking lot in the heart of Kamm’s Corners. The improvements, officials said, will not only improve the aesthetics of the area but also prevent as many as one million gallons of stormwater from entering the city’s sewer system each year.

The municipal parking lot near the corner of West 168th Street and Albers Avenue serves as a major waypoint for people coming to and leaving from numerous bars, restaurants and shops in Kamm’s Corners. After years of wear and tear it is certainly showing its age.

There are multiple large potholes in the main drive. The cracks in the concrete resemble a series of spider webs. A half dozen rusted jersey barriers buffer the steep slope between the city’s lot and the lot belonging to a nearby drug store. The condition of the parking lot becomes readily apparent in the spring and summer months when patrons of the Kamm’s Corners farmers market have to bob-and-weave the holes, dips and valleys.

“This lot has had no improvements to it for about 18 years now. The last time it was redone was 18 years ago. It needs a lot of help,” said Steve Lorenz, the executive director for Kamm’s Corners Development Corp. “We’ve been trying to find money for this for 10 to 12 years. People are getting hurt. They are falling down out here. It’s uneven and it’s just in such poor condition. That’s a big part of it. The other part of it is we really don’t have any trouble attracting people here but if you want them to come back you have to have a nice aesthetic for them.”

After years of vying for enough money to renovate the city-owned lot construction will finally begin, perhaps as early as next week. Using a $275,000 grant from the Northeast Ohio Regional Sewer District, coupled with $75,000 from the City of Cleveland, the parking lot will be renovated in a way that prevents as many as a million gallons of stormwater from entering into the sewer. (Click here to see the plans.)

As part of the project, crews will build several “bioswales.” The landscaping feature is comprised of a large hole with gentle slopes. Inside the space will be carefully picked vegetation and gravel, which act as natural water filters, removing contaminants like gasoline, motor oil and salt. Acting much like a french drain, the bioswale will then allow water to seep back into the soil — not the sewer.

The largest bioswale will be at least 60 feet wide and 20 feet deep. Multiple other bioswales will flank the eastern and western edges of the lot.

“A million gallons is a lot of stormwater. We have had some flooding issues with some of the businesses down here,” Lorenz said. “Obviously, it will hopefully alleviate some of the flooding issues with backing up the sewer systems. It’s the best of both worlds. It will look really nice. It will keep one million gallons of water out of our stormwater system, which is great.”

In an effort to help facilitate projects that reduce the number of combined sewer overflow events — as well as stay in compliance with Clean Water Act standards — the Northeast Ohio Regional Sewer district offers grants to public entities and private companies that implement ‘green’ projects like the Kamm’s Corners parking lot.

“I think that’s excellent. The fact that that they have the technology to be able to do that, first of all, is fascinating,”Ryan said. “By God, I drink the water so any oil or gas that isn’t in it, I’m all for.”

The parking lot renovations will be the latest addition to the area. In the past two years, Kamm’s Corners Development Corp. has installed several security cameras as well as LED lighting. Construction on the parking lot is anticipated to take slightly more than two months. However, large portions of the lot will still be accessible during construction.

“This is the main parking lot for our retail and hospitality district. It’s very important to us,” Lorenz said.