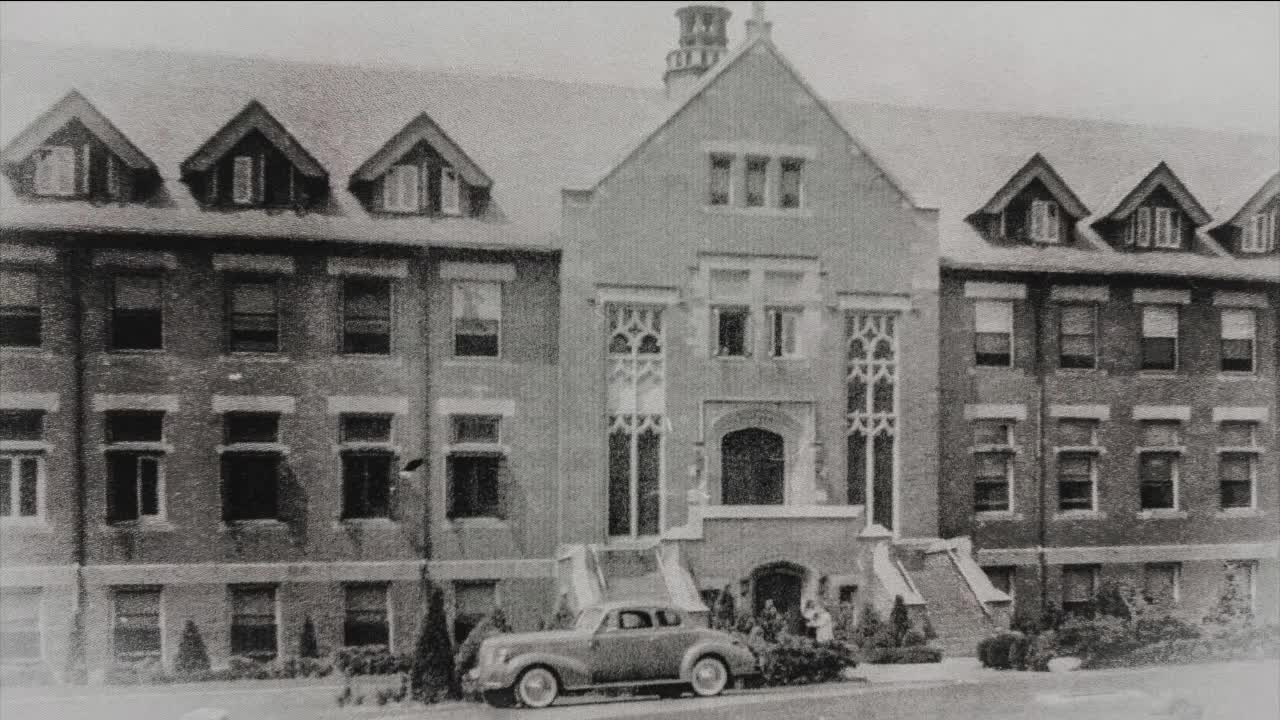 Selective demolition has begun on the time-worn walls at the historic Fitzmaurice Hall on the campus of Saint Joseph Academy, Cleveland’s only Catholic all girls high school. 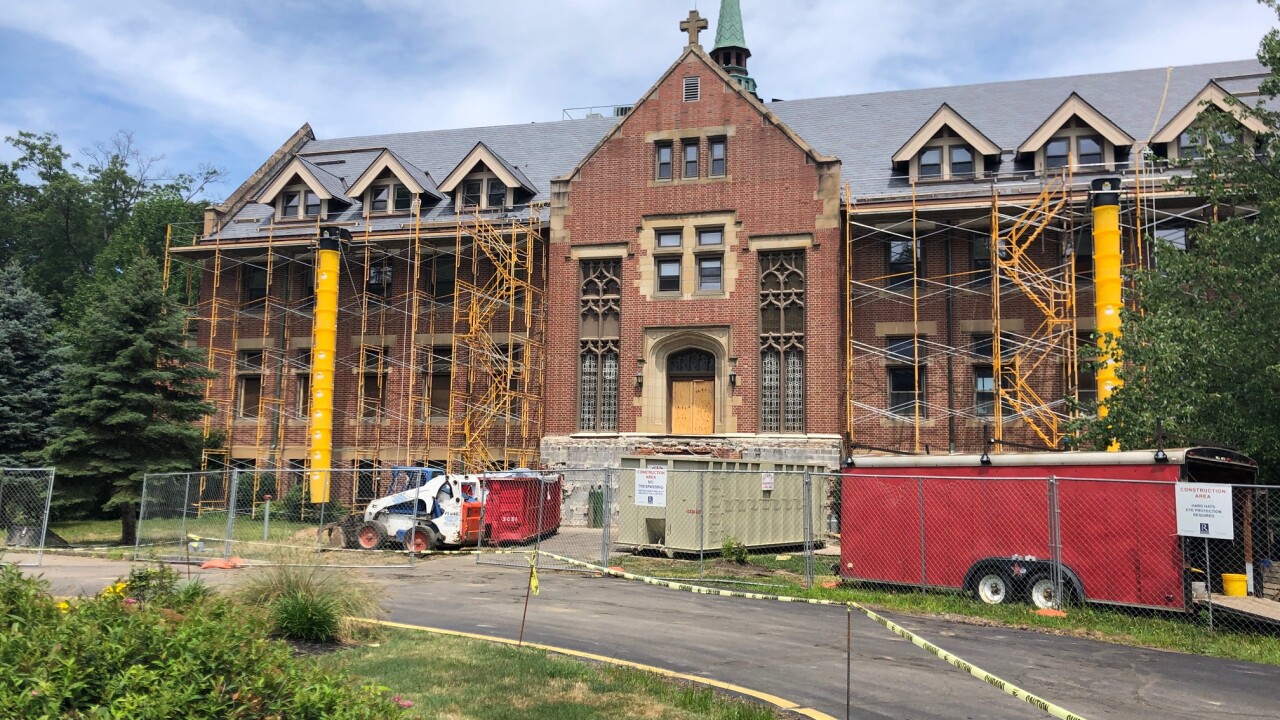 CLEVELAND — Selective demolition has begun on the time-worn walls at the historic Fitzmaurice Hall on the campus of Saint Joseph Academy, Cleveland’s only Catholic all girls high school. As part of a $6 million endeavor, the former motherhouse for the academy’s sponsor congregation, Sisters of St. Joseph, will be converted into new classroom and common spaces in order to accommodate the academy’s surging enrollment.

In recent weeks, the normally serene, pristine and peaceful campus has played host to a flurry of construction activity as heaping mounds of demolished brick and debris are lifted into large dumpsters. A team of roofers have started scaling the 114-year-old walls and parapets. Scaffolding surrounds the building – the second oldest structure in West Park – like an exoskeleton.

The renovations have been a long time coming.

“Saint Joseph Academy has amazing opportunity to have an adaptive re-use of this historic building where the sisters of Saint Joseph lived, worked, prayed for more than 100 years,” said academy president Mary Ann Corrigan-Davis. “We have the opportunity to bring classrooms back into that space. As our enrollment keeps growing, we needed that space to grow too.”

In 2016, the sponsoring congregation, the Sisters of St. Joseph, donated the convent – also called a motherhouse – to the academy after the sisters moved into a new building on the shared campus. Plans to renovate the four-story convent began immediately. In recent years, the Catholic high school for girls has continued to grow with its enrollment eclipsing 720 in 2018.

Because of generous donations, the academy was able to begin construction earlier this summer. The building is known as Fitzmaurice Hall, named after Mother Therese Fitzmaurice, who purchased the 57 acres of property on the east bank of the Rocky River in 1898. Fitzmaurice designed the 45,000 square foot convent in 1905 and, thirteen years later, designed the main Saint Joseph Academy building.

“Fitzmaurice Hall will provide a space for 10 additional classrooms which will really ease the space constraints we’re experiencing. They will be large classrooms,” Corrigan-Davis, who graduated from Saint Joseph in 1971, said. “When I was a student here, we sat at our desks all day with our hands folded. Today, students interact and they need to be able to get up and about to work together in small groups or also hear a lecture, whatever the teacher may have planned.”

The renovated space includes roughly 25,000 square feet of usable space. The upper two floors of the building will be held for future expansion.

Despite being well over a century old, the motherhouse remains in remarkable condition; it’s a testament to the meticulous maintenance and care exhibited by the building’s former owners. The ornate carpentry, including the wainscoting, cased openings and the grand staircase, show very little signs of wear.

“This has been a great building to work in. It has been amazing to see the kind of craftsmanship that the building was built with 114 years ago,” said Janelle Heinle, the project manager for Regency Construction Services. “The things that we have been finding and uncovering as we have really started doing the demo has been really great. It’s been a really fun process to see something one way and a few weeks later really see how it used to look 100 years ago.”

Case and point, last week crews uncovered elaborate plasterwork, including Corinthian columns and dental moulding. The architects are now working to incorporate the historic elements into the building’s overall design.

Although the massive renovation will not be complete until August 2020, the ongoing construction will still be used by a learning laboratory. Saint Joseph Academy has a construction academy featuring 20 of the school’s students. Those students worked with the architects, contractors and owner’s representative on various projects last fall. Those projects will continue, Corrigan-Davis said.

“A lot of our team involved in this project is female. We tried to put together a female construction team for this project,” Heinle said. “That really has been a great opportunity to show the girls that you can grow up in construction, engineering and other STEM fields even if there aren’t a lot of women in them right now.”