'They were my buddies. We went through hell together' — last surviving member of WWII veteran's group reflects on service 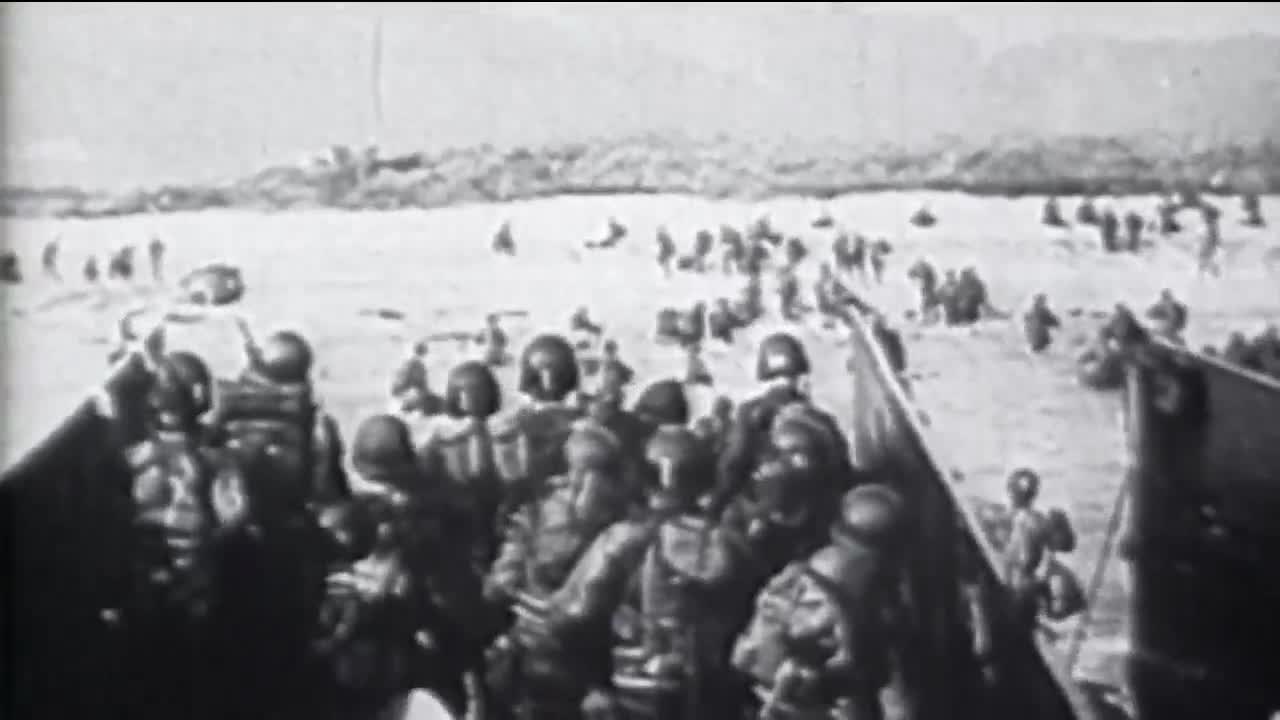 Retired Army Master Sgt. Branche ‘Bud’ Jordan is the last surviving member of a group of WWII veterans who met regularly for decades. He reflects on the D-Day landings and his time liberating a war-torn Europe from the clutches of the Nazi regime. 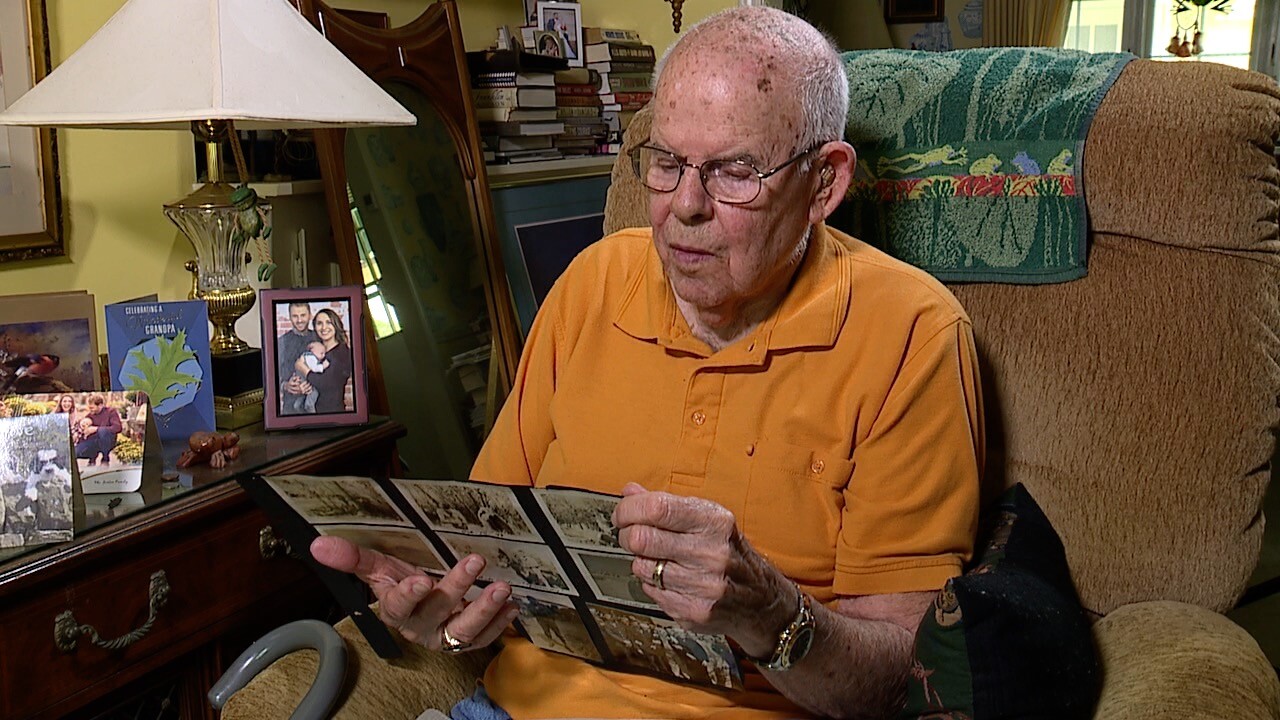 CLEVELAND — On this day 75 years ago, the Greatest Generation of young American, British and Canadian men stormed the beaches of France, dodging the cascades of artillery fire, mine-infested beaches and the relentless rat-a-tat of heavy German machine guns. By the time June 6, 1944 was over, more than 4,400 Allied troops would be dead. Even for those who didn’t storm Omaha or Utah Beach, but still marched to Nazi-held Germany, the anniversary of D-Day means something more.

Inside the Mentor condo of retired Army Master Sgt. Branche ‘Bud’ Jordan is a shrine to his service and those he served with. His dress uniform, affixed with ribbons, medals and commendations, hangs on the closet door. Mementos and knick-knacks are scattered across the space, almost as a road map of the war-torn places he has been and the battles he has fought. For decades, Sgt. Jordan hasn’t shared much about his experience on the Western Front. Only recently has he begun to open up about what he saw, what he heard and what he experienced.

“Remember freedom. That’s what we were trying to do.”

Jordan was an artilleryman in the 564th Field Artillery Battalion, 71st Infantry Division. He was in the Third Army and under the direction of the famed and revered Gen. George Patton. After training at Camp Carson, Colorado and Camp Benning, Georgia, Jordan and his battalion were sent across the pond in 1943.

His unit wouldn’t storm the beach on D-Day but, instead, come in after the beachhead had been established. Their goal was simple: liberate Nazi-occupied towns in France and present day Austria.

“I’ve read a lot about [D-Day]. I’m glad I wasn’t in it,” Jordan said with a laugh. “That was really a tough one. That was a tough one. I hope people read about and understand what it was all about and why it was done.”

The 564th Field Artillery Division was assigned a 155mm Howitzer, a behemoth of a weapon designed to devastate pockets of enemy troops in one fell swoop. Jordan and his comrades slogged the unwieldy cannon through the crater-filled French countryside, muddy marshes and war-torn towns.

“We got to the Rhine River. I think it was Regensburg. We had a big battle there. We fired for 24 hours straight,” Jordan said. “At the end of combat, we’d traveled over 800 miles. We had the opportunity to fire the last official round for the U.S. Army in WWII.”

Over the course of the war, Jordan’s division, the 71st Infantry, suffered numerous casualties. More than 240 men were killed in action. More than 800 were wounded.

“It’s hard to describe. A war is a war and it’s pretty nasty and terrible,” Jordan said. “You don’t want to remember a lot of things but they always stick in the back of your mind somewhere.”

Perhaps no memory is more vivid, more harrowing, than the atrocities Jordan witnessed at Gunskirchen, a sub-camp of the Mauthausen-Gusen concentration camp. Although Jordan’s unit arrived at the camp the day after it had been liberated, there were still signs of humanity’s worst. Historians estimate as many as 17,000 Hungarian Jews were passed through the Gunskirchen camp.

When the 71st Infantry Division liberated the camp, they quickly learned that members of the German SS had fled the camp just days before. As many as 15,000 prisoners were still inside. Corpses littered the camp’s killing fields.

“That was a bad thing to go through but it was over with,” Jordan said.

Despite the sheer horror of the camp, Jordan’s most vivid memory happened while he sat in the back of an Army truck. He saw an Army nurse and saluted.

She smiled and nodded.

“They were my buddies. My friends. We went through hell together.”

Although most of his battalion went home after V-E Day, Jordan remained in Germany for another year. In that time, he was tasked with helping to stabilize the war-ravaged country and assist its people, many of whom were so starved for food that they resorted to eating worms out of the ground.

Upon returning home, life returned to normal – or as normal as things could be following mankind’s biggest conflict. Five years after returning stateside, Jordan and other members of the 564th Field Artillery Battalion met for the first time after the war.

The group picked Dayton as the meeting place given its proximity to members in both Ohio and Indiana.

“I think the first reunion we had over 100 vets,” Jordan said. “They were my buddies. My friends. We went through hell together. But we did have good reunions and our wives enjoyed it too.”

The reunions continued year after year, decade after decade. The once-a-year reunion provided a venue in which some veterans could share their memories – both good and bad – that they couldn’t shake. Many of the veterans only spoke about their experiences amongst other veterans, Jordan said.

“It was tough. There was no question about it. Anybody that has been through the service knows the answers to that,” Jordan said. “Those who have never been could never imagine what it’s like. You depend on your comrades, your buddies. You did the best job you could for your country.”

The reunions were like clockwork. However, time is relentless. Veterans, no matter how strong, courageous or unflappable they may be, remain pervious to time.

At times over the decade that has passed since the last reunion, Jordan will occasionally pull out his wartime memorabilia: a ceremonial knife, his uniform, his medals, his frayed photographs, his past. It is in these moments, quiet and alone in his condo, that Jordan feels close to his brothers again.

Jordan wouldn’t have done it any differently. His unit. His battalion. His brothers in arms. His life. He is a proud member of the Greatest Generation, a group of people that overcame seemingly insurmountable conditions with unbridled courage.

However, time has a way of making those memories – those sacrifices – both abroad and at home seem distant. They shouldn’t be.

Today – and hopefully every day – we remember.