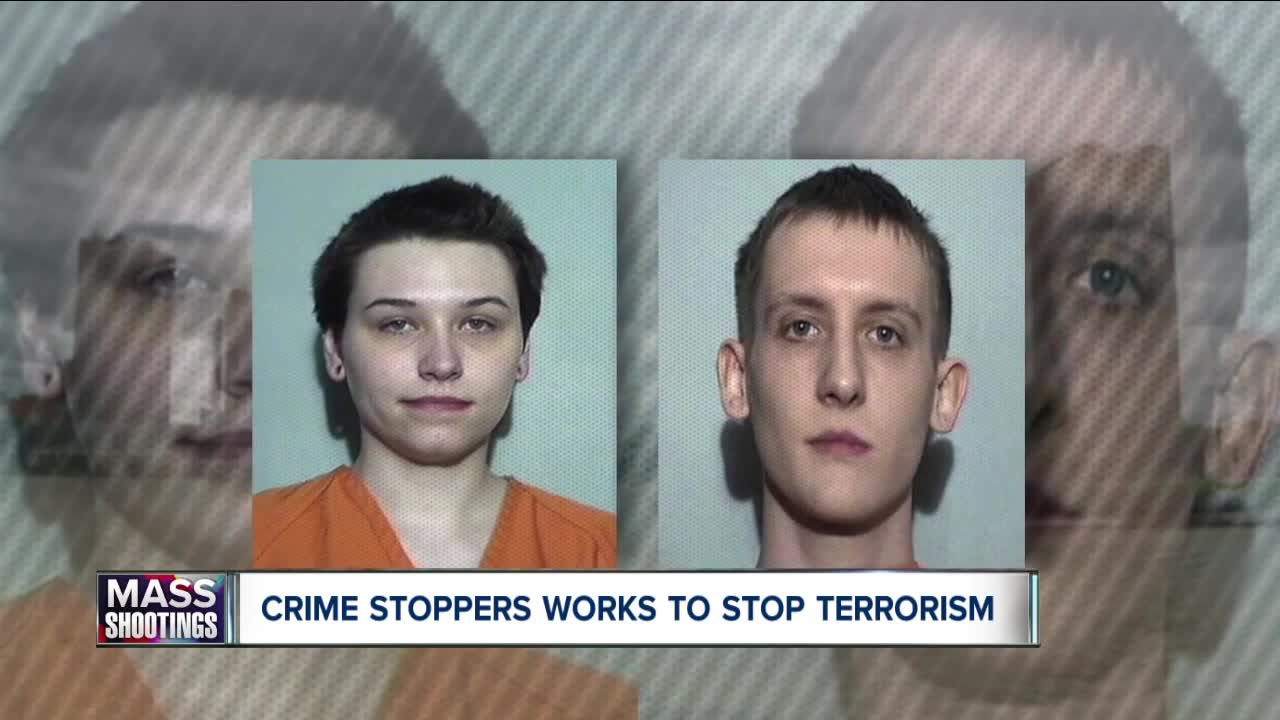 Cuyahoga County Crime Stoppers is in the business of helping to solve crimes. They’ve been doing it for more than 20 years. 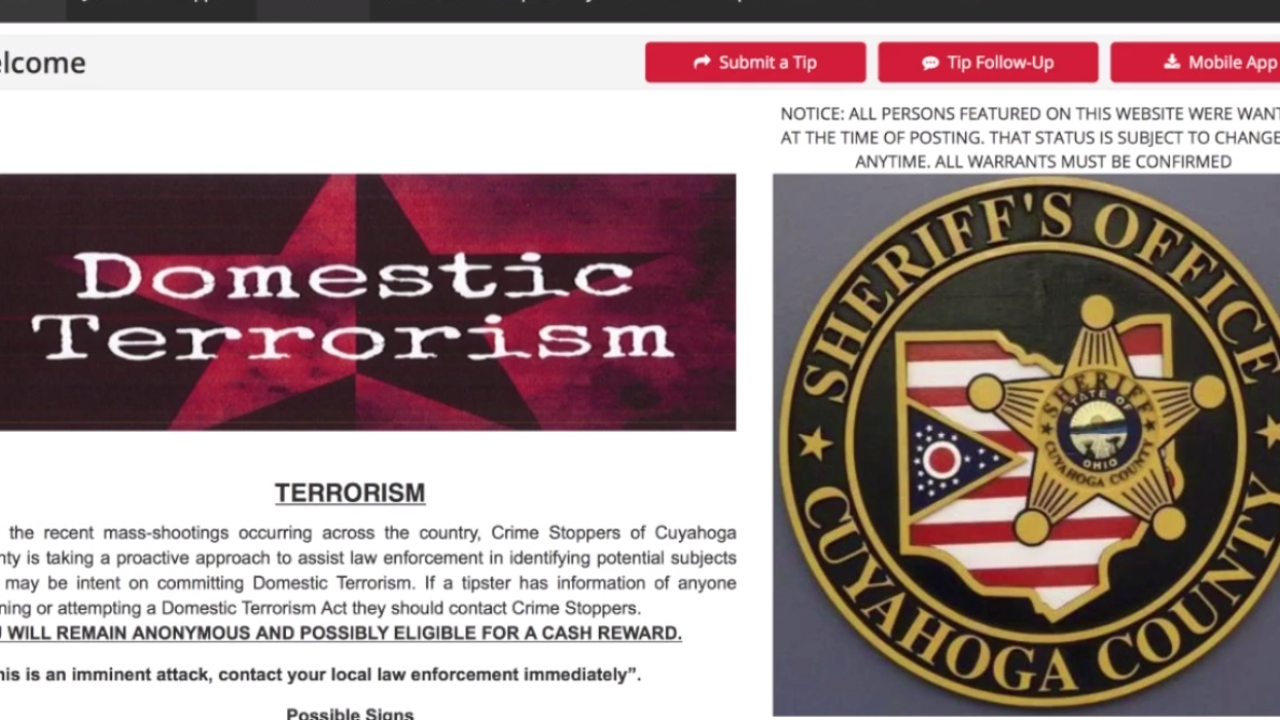 CLEVELAND — Cuyahoga County Crime Stoppers is in the business of helping to solve crimes. They’ve been doing it for more than 20 years.

But now there is a push to not only solve crimes but stop crimes.

Crime Stoppers just rolled out a domestic terrorism section on its website . It comes on the heels of mass murders in Dayton and El Paso.

They hope the proactive approach will help law enforcement find people who are on a mission to commit domestic terrorism.

“Without information it is almost impossible to catch a lone wolf who is intent on mass murder or some sort of terrorist act,” said McIntosh.

The FBI and police in Toledo were warned about an alleged plot unfolding late last year. “We were quite frankly lucky that someone from the community came forward when they did,” said Jeff Fortunato Assistant Special Agent in Charge Cleveland FBI.

Vincent Armstrong and his girlfriend Elizabeth LeCron were planning a mass shooting at a Toledo bar, according to police. But they were arrested before that could happen. Armstrong plead guilty last week. LeCron has plead not guilty.

“I have no doubt because of that citizen coming forward to report that activity there are Americans alive,” said Fortunato.

Now, law enforcement hopes the new Crime Stoppers push will prove to be beneficial to stopping the terrorist plots before they are put into motion.

“We’re very thankful of crime stoppers for doing this because we are all in this together. This tip and reward incentive for someone to come forward, we are all safer for it, “said Fortunato.

Crime Stoppers is offering a reward for information about domestic terrorism and tips can remain anonymous. In the organization’s 20 plus years of existence they have never divulged the identity of a tipster, according to McIntosh.

“There is no question, everybody is concerned with domestic terrorism. Now is a good time to push forward with this,” he said.