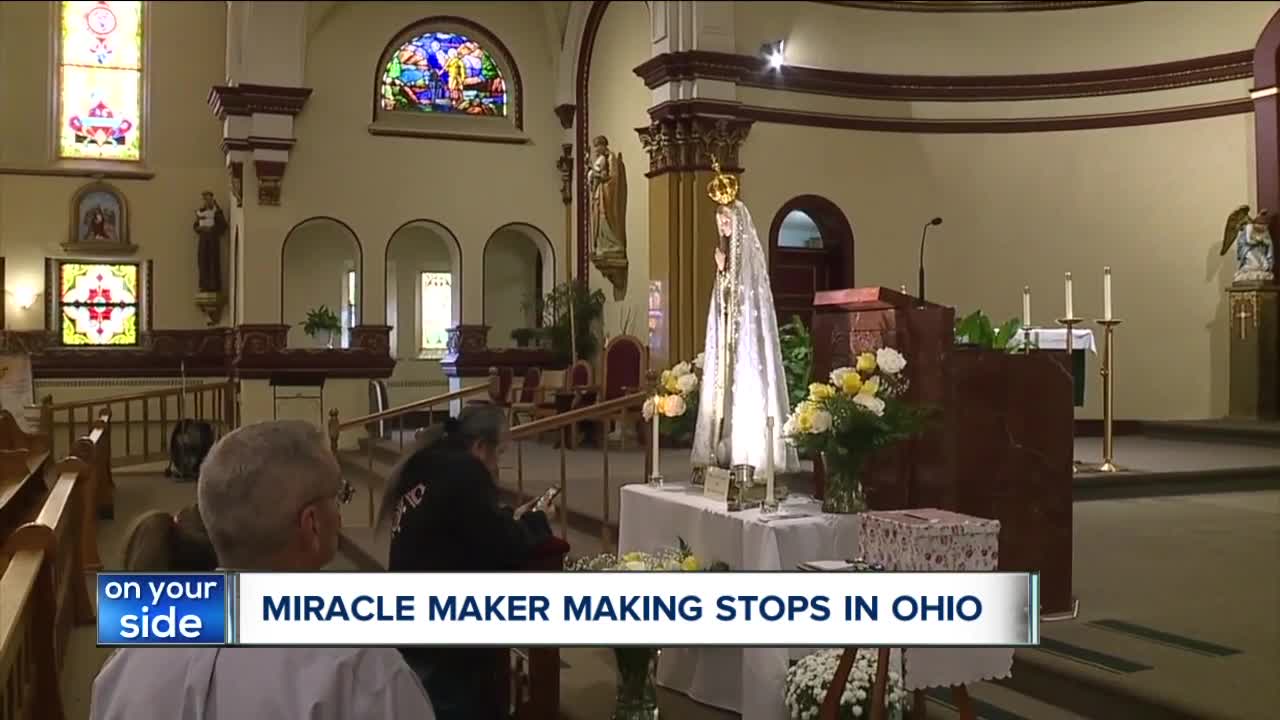 Our Lady of Fatima, a one-of-a-kind statue that represents so much to so many Catholics, was on display for the first time in Ashtabula Thursday at Mother of Sorrows Church. 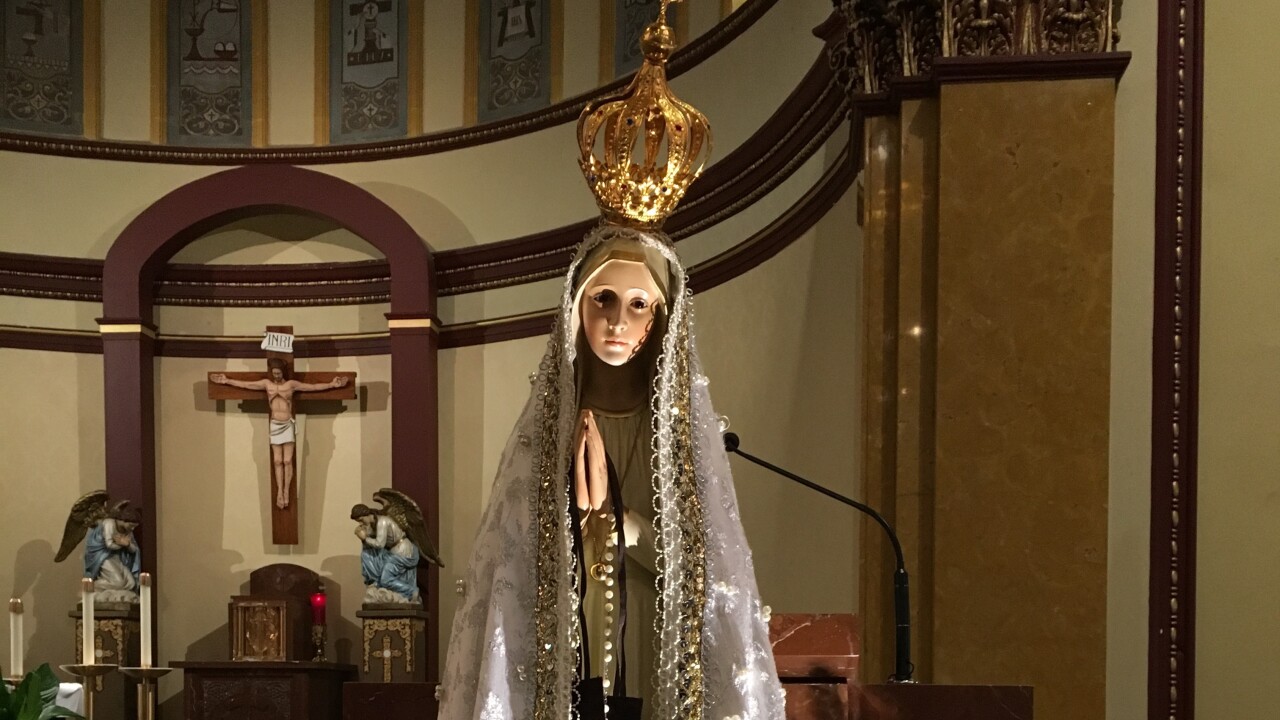 ASHTABULA, Ohio — Our Lady of Fatima, a one-of-a-kind statue that represents so much to so many Catholics, was on display for the first time in Ashtabula Thursday at Mother of Sorrows Church. The ornate, highly detailed depiction of the Virgin Mary was hand-sculpted more than five decades ago and represents the famed apparitions of the Virgin Mary seen by three Portuguese children on several occasions in 1917.

During the Miracle of the Sun, which drew crowds exceeding 70,000 people, witnesses said after a period of rain, the clouds departed and the Sun resembled a bright but opaque disc. At one point, some witnesses reported seeing the sun zigzag back and forth across the sky before returning to it’s normal position. Witnesses also reported after the display, their clothes were dry and free of mud, as if their clothing had just been cleaned.

In October 1930, the Catholic Church officially recognized the event to be “worthy of belief.”

"Everywhere the statue goes is to bring to mind what Our Lady asked for of Fatima. It’s wonderful to come in and venerate that magnificent sacramental with its beautiful art but it doesn’t do any good if they don’t call to mind their sins and repent, convert, and pray for peace,” said Catherine Moran, the president of the World Apostolate of Fatima-Byzantine Division. “A statue is a representation of it meaning it brings to mind the person whom you are venerating or if its a statue of our Lord whom we want to worship. We aren’t just spiritual beings. We are body and soul. We’re human. We need to have these visualizations of whom it is we love and whom it is we are praying to.”

A steady stream of parishioners came to Mother of Sorrows on Thursday, capped off by an evening mass that prominently displayed the statue. Many of the parishioners sat in silent reflection. The statue is designated as the United States copy of the Fatima, which travels around the country on a regular schedule. However, this was the first time the statue has come to Ashtabula. The international version of the statue has been to Ashtabula three times.

“I like the sign that was there that said, ‘don’t touch her, she’ll touch you,’ because its such a good feeling,” said Mariann Rossetti of Ashtabula. “I lost my son and her husband is gone and so are my parents. It makes you feel that connection. It’s just very ,very special. It’s very nice to have. I don’t want her to leave.”

The statue has become a sort of pilgrimage for Catholics. Additionally, Moran said many people have converted to Catholicism while in its presence. While Catholics do not worship statues, they do, however, worship what the statue represents.

“I like watching the expressions on their faces when they come. They are expecting a beautiful representation of our heavenly mother. They know the statue has traveled and it has been blessed by the Pope,” Moran said. “I don’t think they quite expect to see what they see. I have people that come in with curiosity and they leave crying. They will tell you that somebody touched my heart, the love of our mother touched my heart. That’s the important part. To me, those are the miracles.”