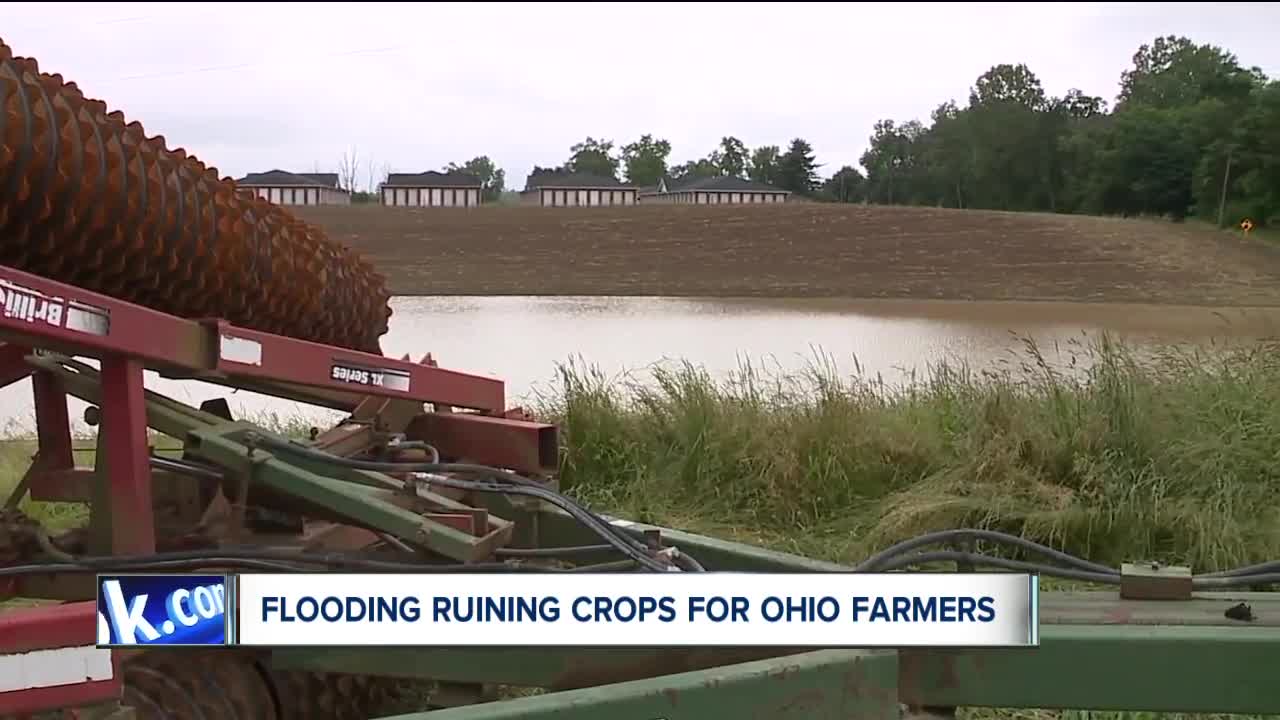 The frequent and torrential rain has flooded cities and small towns across Northeastern Ohio. 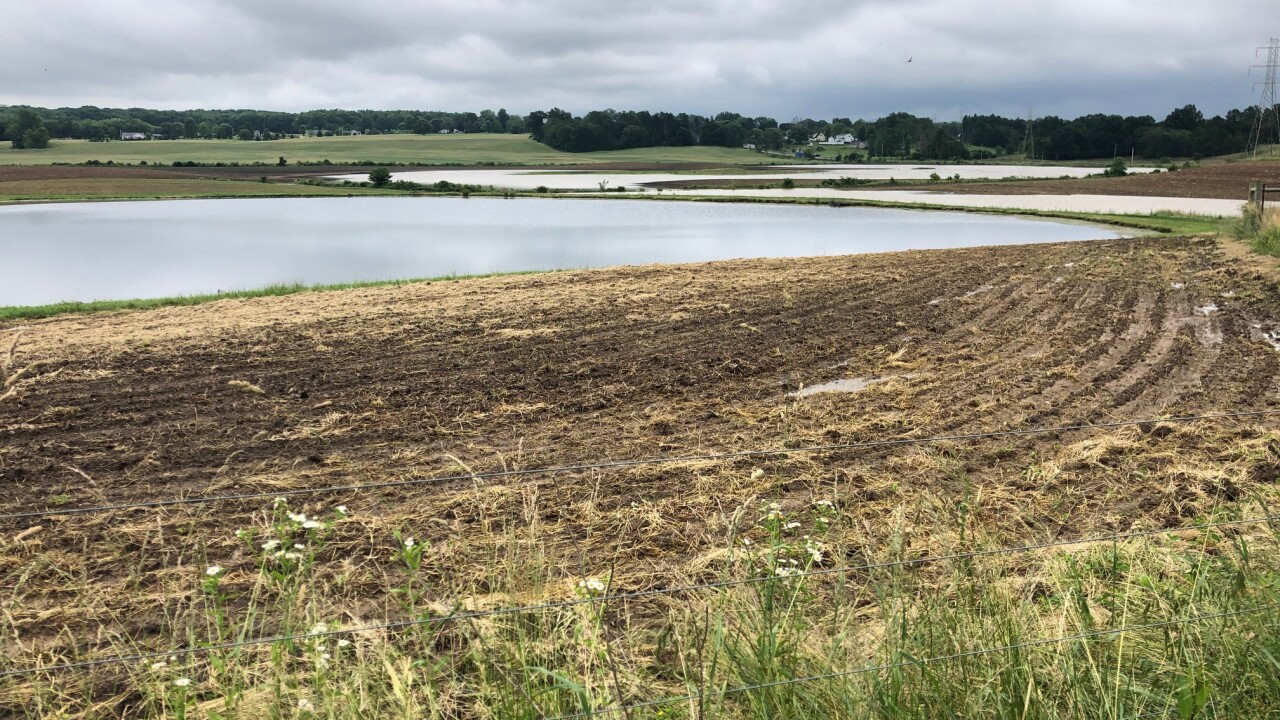 ASHLAND, Ohio — The frequent and torrential rain has flooded cities and small towns across Northeastern Ohio. For those who live off the land, flooded fields have brought significant losses in product and revenue, potentially driving up grocery prices later in the season.

With a scruffy beard and muddy work boots, Charles Kettering gazed over his hundreds of rolling acres near Ashland on Monday afternoon. A large, winding body of water has relegated some of his acreage into a series of small islands. Farmers always want some early season rain. Unfortunately, the Ketterings have gotten too much of it — and then some.

“We’ve seen deeper water than what we have right now but it seems like they get more challenging every year as far as when they come and how long they stay,” Kettering said. “One extreme is followed by another. I’m kind of worried about what our next extreme is.”

As much as a third of the 800 acres of corn and soybeans that Kettering planted a few weeks ago is currently underwater. The chances of that part of his crop surviving are next to nothing. As little as a full day underwater is enough to kill off whatever he planted. The deluge of heavy rain in late May and early June flooded much of the area’s fertile farmland, including Kettering’s acreage, which sits in the bottom of a valley.

After significant rain in the early part of the planting season, Kettering was delayed in getting his crop planted. A period of dry weather, however, left him hopeful but for a dry growing season but concerned for a more prolonged wet season.

“I know these bottoms really well. I always let them go late because they are known to flood,” Kettering said. “I didn’t wait long enough this year.”

The end result is an estimated $100,000 loss, according to Kettering. Between 200 and 350 acres will have to be replanted. However, Kettering worries that by the time dry weather comes it may be too late to replant. Crop insurance may cover part of his lost crop but it’s only a small consolation.

“We usually stay around the average. That isn’t happening this year,” Kettering said. “Luckily we have other things that we dabble with so that it isn’t a total wipeout. It still hurts. It still hurts at the end of the year to bills get paid.”

Kettering is far from the only farmer dealing with a historically wet spring in Ohio and the Midwest. Ohio Gov. Mike DeWine is seeking a disaster declaration from the U.S. Department of Agriculture in hopes of freeing up federal assistance for impacted farmers. State officials said as of last week that half of the state’s corn crop had been planted while less than a third of the state’s soybean crop had been planted.

Despite the staggering amount of lost time, product and money, Kettering remains hopeful for a successful harvest.