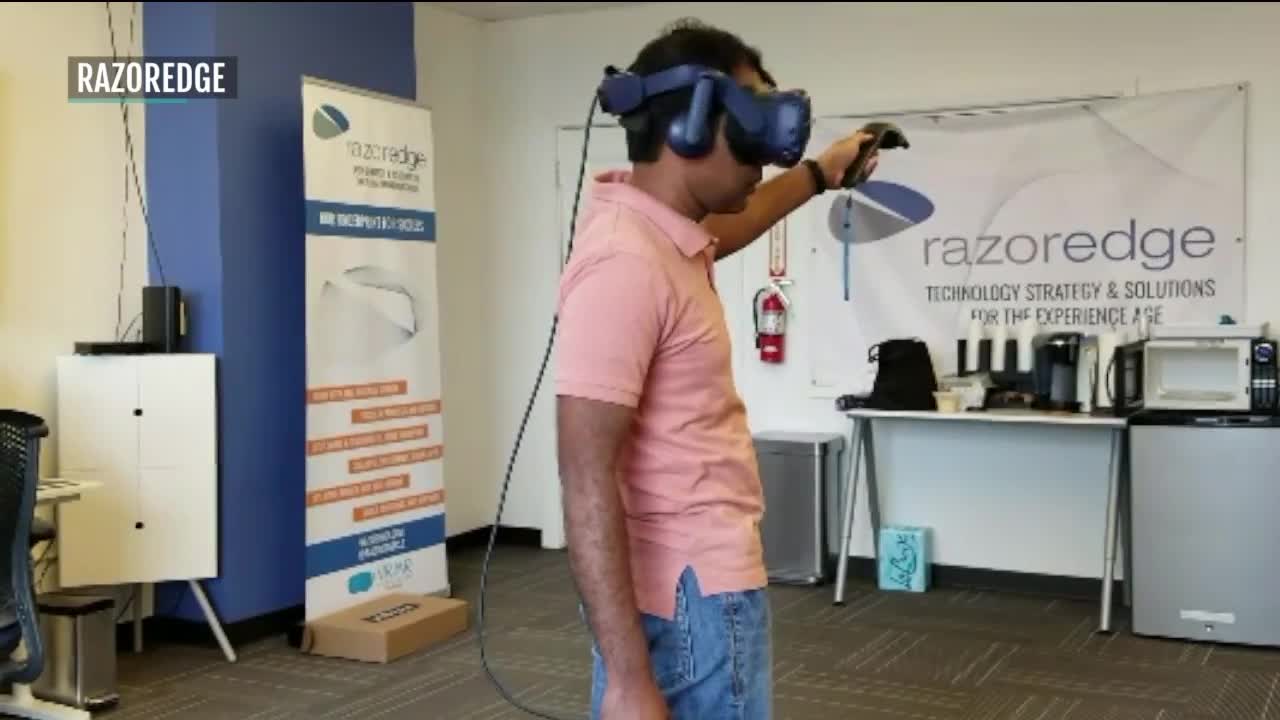 A cutting-edge virtual and augmented reality business housed in a revitalized classic theater in Cleveland aims to bring new applications of this technology to our area, and make A Better Land in the process. 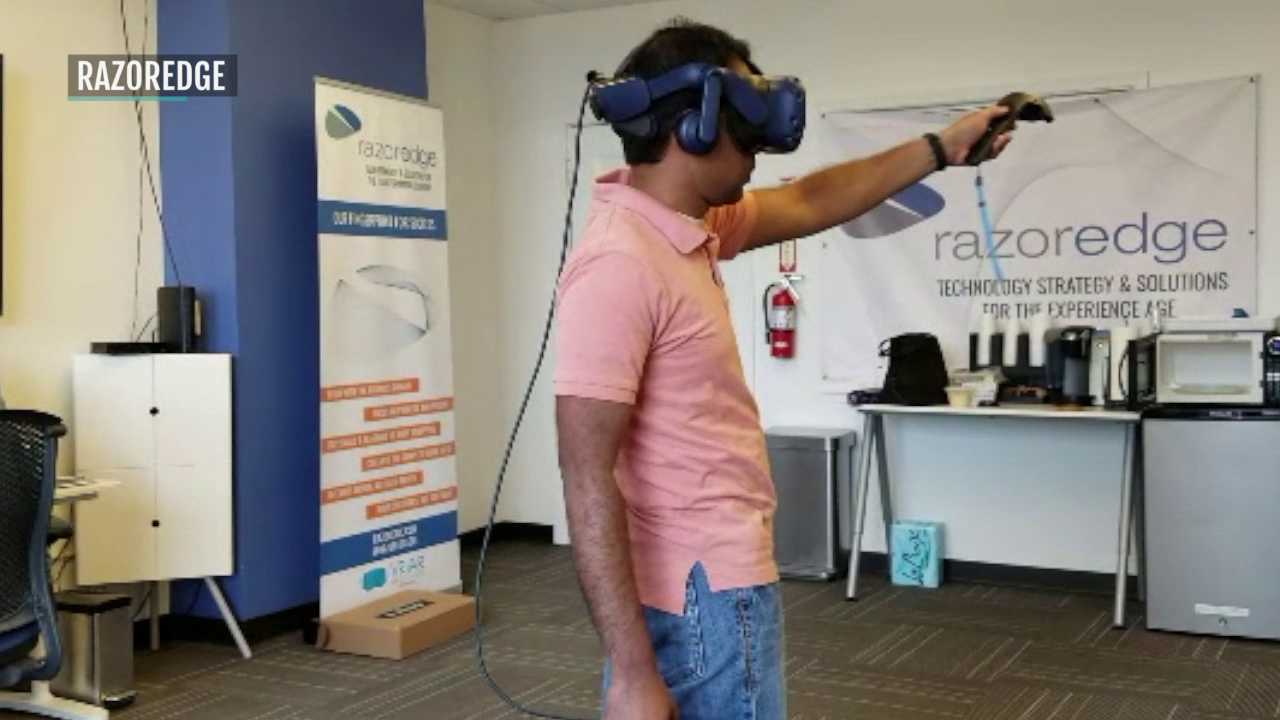 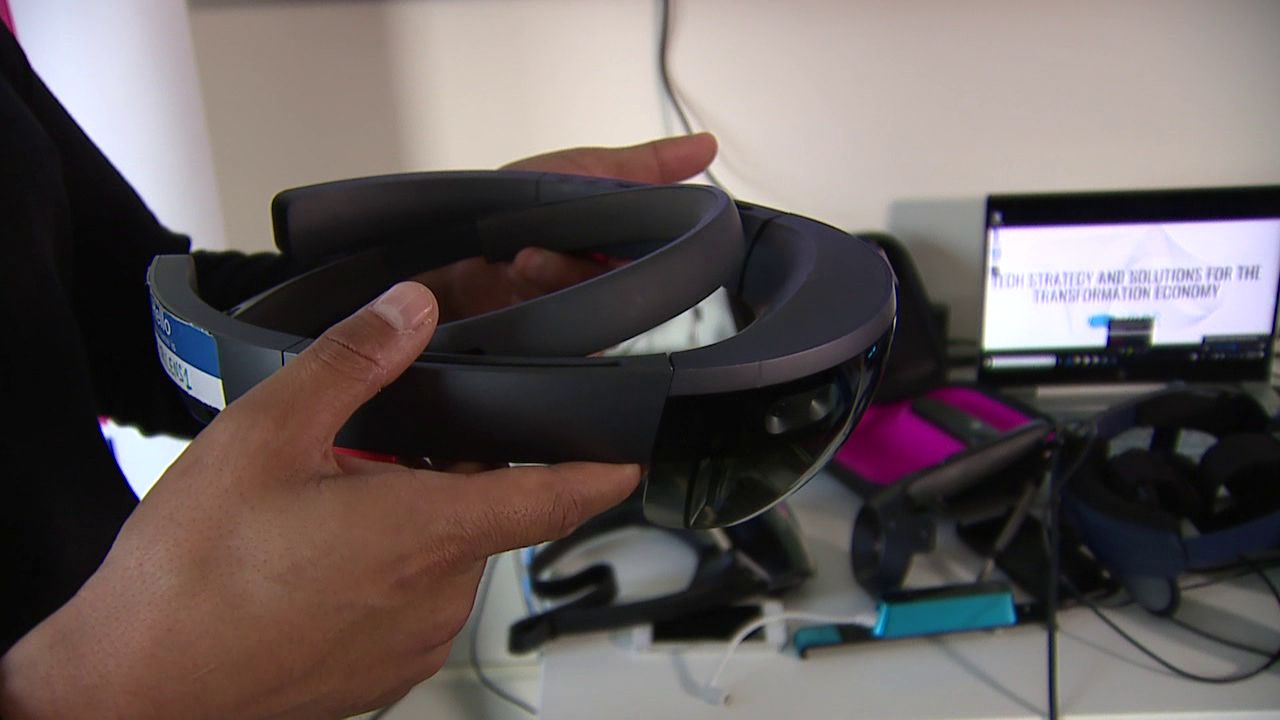 CLEVELAND — A cutting-edge virtual and augmented reality business housed in a revitalized classic theater in Cleveland aims to bring new applications of this technology to our area, and make A Better Land in the process.

With his company inside the Agora Theater, Reynaldo Zabala is planning for an even bigger Cleveland comeback.

"Let's stop talking about bringing back the old and focusing on this rust belt past of ours and focus on building something new,” Zabala said. He was speaking about augmented and virtual reality technology, applied in ways you may not expect.

“That's my passion, trying to work with companies that want to build honest solutions,” Zabala said.

He’s building those solutions with the business he built from the ground up: RazorEdge.

RazorEdge is throwing the idea that “these are just for video games” right out the window. For example, Zabala has used glasses with augmented reality technology to help repair airplanes.

“Today, this company is still printing out hundreds of pages of PDFs and walking up to a plane and their engineers are fixing planes like this,” Zabala explained. “I put on a wearable that can give work instructions, that aren't cluttering my field of vision, but detailed instructions. And I have a camera, so I can also have a remote expert come in and explain it to me.”

Zabala said real estate is another big practical applicaition of this cutting-edge technology — taking a building plan and design and testing it virtually, walking through it before it's anything more than a blueprint.

"Architects want to be able to have people walk through buildings and provide real time feedback,” Zabala said.

They believe, with a pair of glasses, they can solve problems and mitigate error while tapping into a market that many aren't.

“The question is: does somebody want that? And Pokemon Go is the obvious example of yes — they do…That made a billion dollars in under 12 months," Zabala said.

Zabala wants to do it here. His non-profit, Clevr Community, is working to make AR/VR technologies more approachable in Cleveland, in an effort to keep local talent here.

“We're Clevelanders, we've got the honesty to do it the right way,” Zabala said.

They're bringing companies and startups together, while encouraging other bright minds to move into their field — people who may not realize their skills apply.

Clevr Community is currently working with the Cleveland Art Institute to get students, already focused on the creative, interested in virtual and augmented reality.

"We want to build these industries here because I believe they can improve socioeconomic health here,” Zabala said.

Zabala wants our area to capitalize on the explosion of tech jobs throughout the country, such as Amazon expanding in Washington D.C. and New York, and Apple expanding in Austin, Colorado and San Diego.

Zabala knows that getting Northeast Ohio on that list begins with natives like him to establish his tech company and hire other Clevelanders to support the mission.

"We have all of the personnel that we need in the city of Cleveland. We don't have to go abroad,” he said. “We have such a great ability to do this right here. We want to make a difference.”

RazorEdge works with clients across the country and the world, but focuses mostly in the Midwest.

Clevr community, the nonprofit, partners with regional and global associations, companies and schools.

Find out about the opportunities and events offered by the non-profit Clevr Community here .