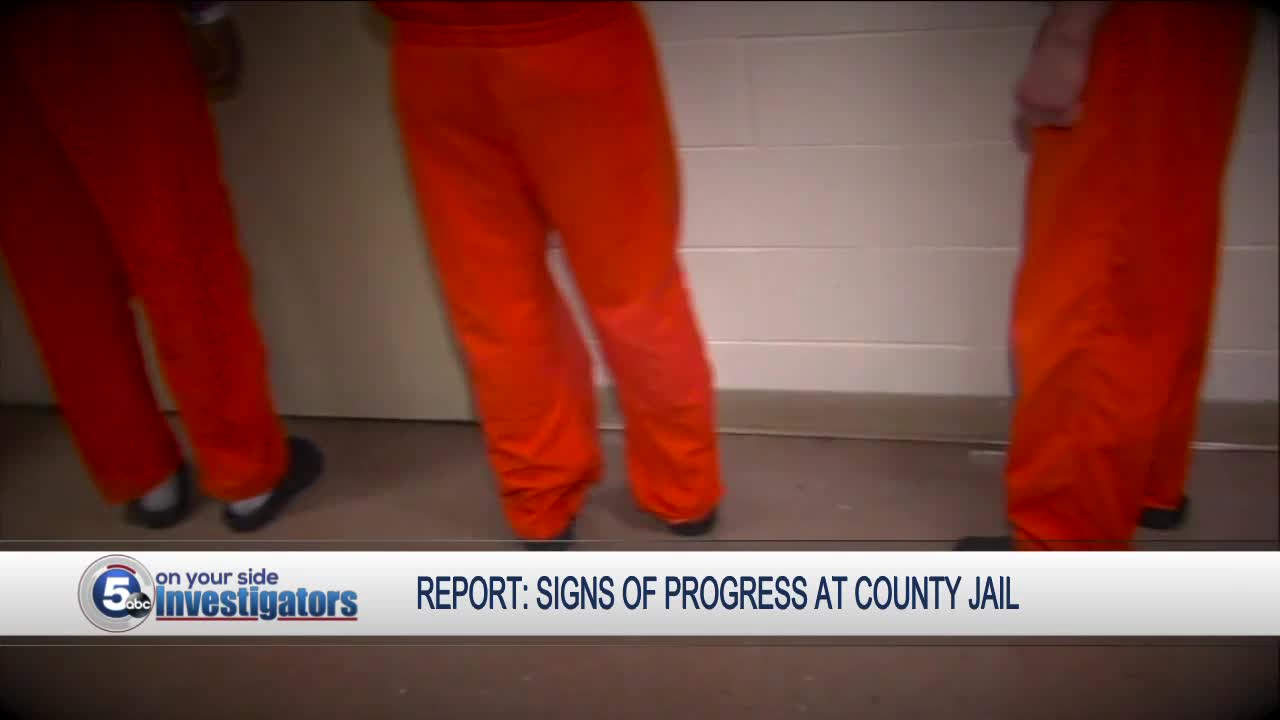 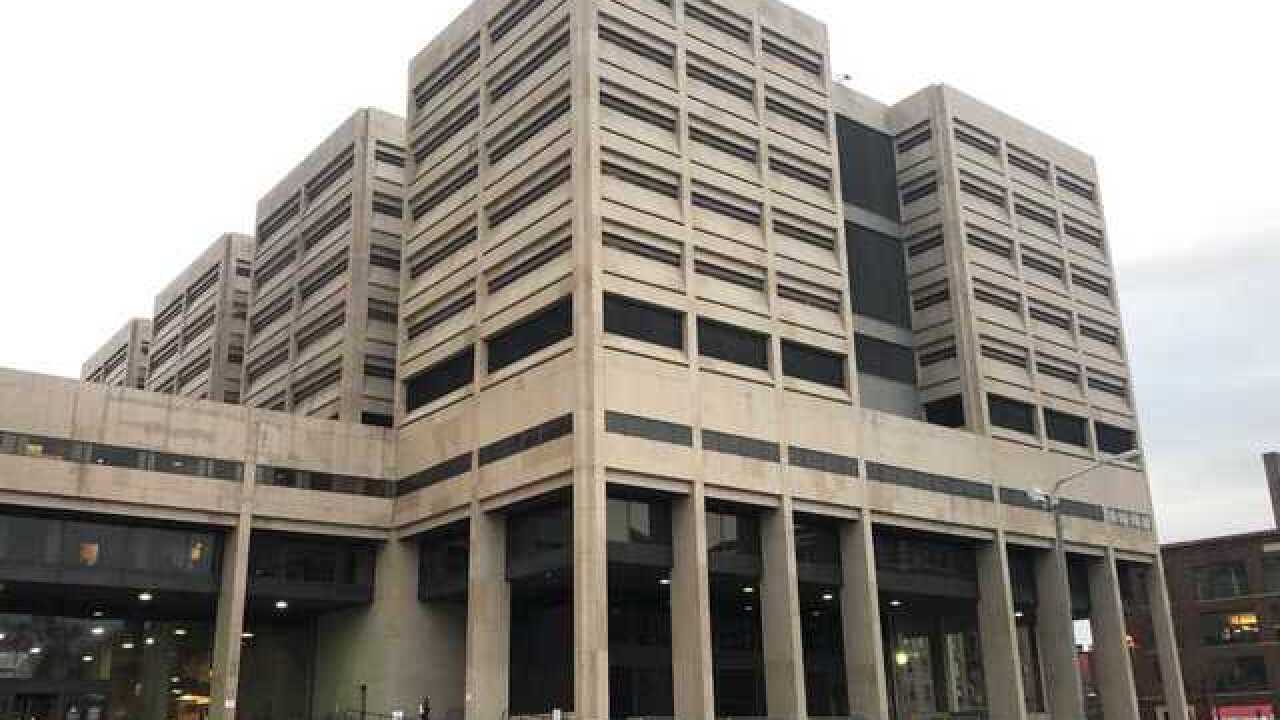 CLEVELAND — While the Cuyahoga County Jail still has its issues, some progress is being made at the facility that was listed as having “inhumane” conditions by the U.S. Marshals Service 10 months ago.

A new review of the jail conducted by the American Correctional Association still outlines concerns facing the jail but also describes progress being made to improve conditions at the jail.

The organization visited Cuyahoga County Jail for the first time at the end of February into March and conducted their follow-up in June, listing their findings in a 43-page report.

While much improved, the ACA recommended that the Cuyahoga County Jail complete renovation efforts on two housing units to allow 118 inmates to relocate and to work on diversion programs and initiatives to help reduce the inmate population.

The Cuyahoga County Jail was found to be severely understaffed. Staff shortage mixed with an overpopulation of inmates caused officers to lockdown inmates and cover posts that needed two officers with just one. On the follow-up visit, the ACA learned that the jail had increased staff with new hires to a total of 629 of its authorized 675 employees. The jail is also reviewing the possibility of hiring up to a total of 725 employees.

In the initial visit, the ACA described the jail as having “dirty floors, dirty walls, dirty doors and graffiti,” and large roaches were seen coming from the floor drains. After several months, the jail did make some improvements. ACA found “major improvements in the cleanliness and painting of the Court holding area (Bullpen) cells,” and pressure washing had begun in areas of need.

The Cuyahoga County Jail had previously provided documents showing that an extermination company had been treating the jail twice a month. While improved, many bathroom areas were still in need of work. Sewer drain fleas, mildew, and broken toilets were found to be uncorrected.

An ongoing, uncorrected issue at the Cuyahoga County Jail is the unattended offices and unsecured keys throughout the facility. Even during the follow-up, the ACA found that supervisor offices were left unattended and keys, tools and security equipment like radios and handcuffs were left unsecured.

Numerous unlocked and unattended doors were observed on the follow-up visit, some of which led to rooms that had keys left on the desk or hooks on the wall, along with handcuffs and other tools. During the follow-up, the ACA observed a sheriff’s van with keys in it unoccupied, as well as a forklift and scissor lift both with keys. The ACA also found the jail’s kitchen was still using sharp-edged pointed knives

To read the full 43-page review of the Cuyahoga County Jail, click here.

RELATED:Inmate who escaped the Cuyahoga County Jail is back in custody