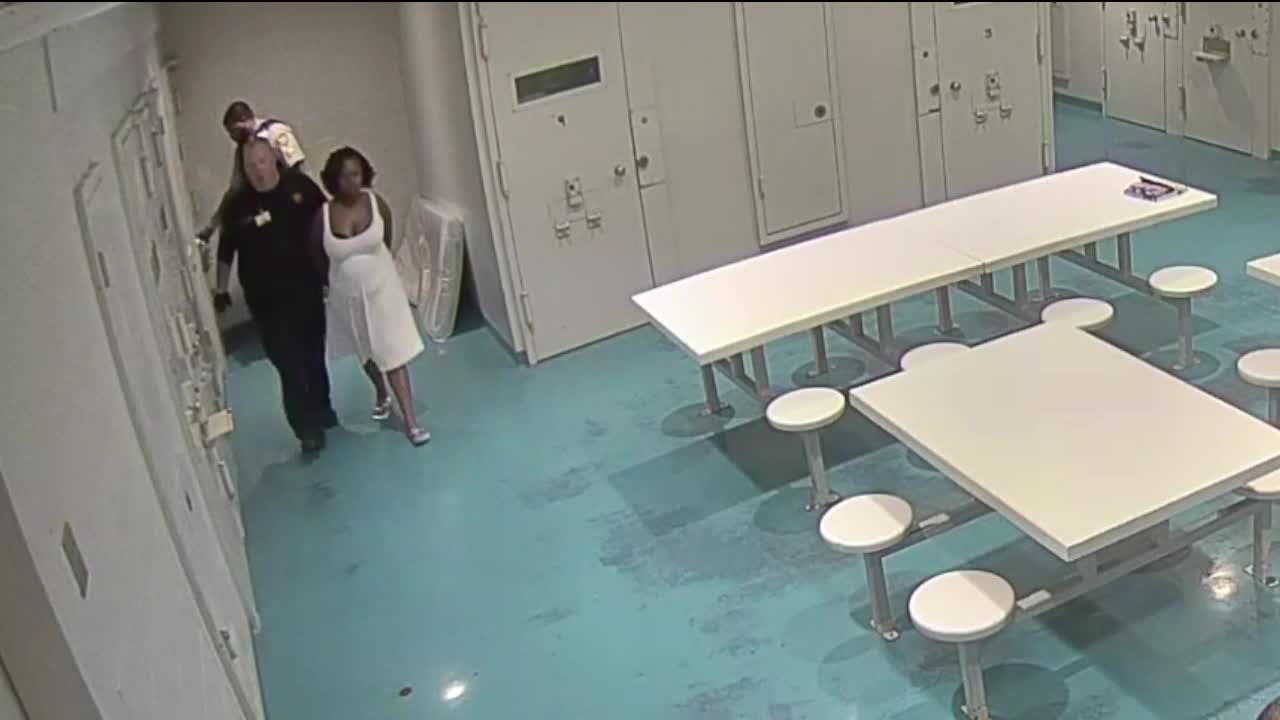 Just-released video of a July attack inside Cuyahoga County Jail shows two corrections officers hit and pepper spray a woman who's tied-up in a restraint chair. 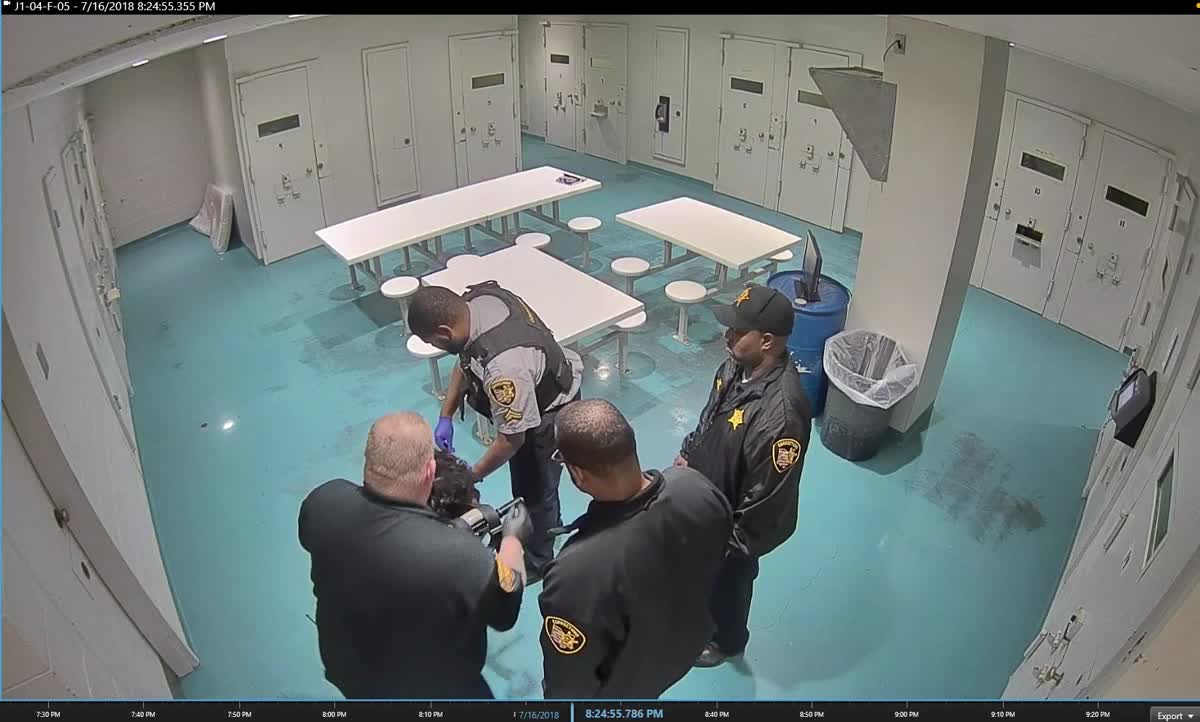 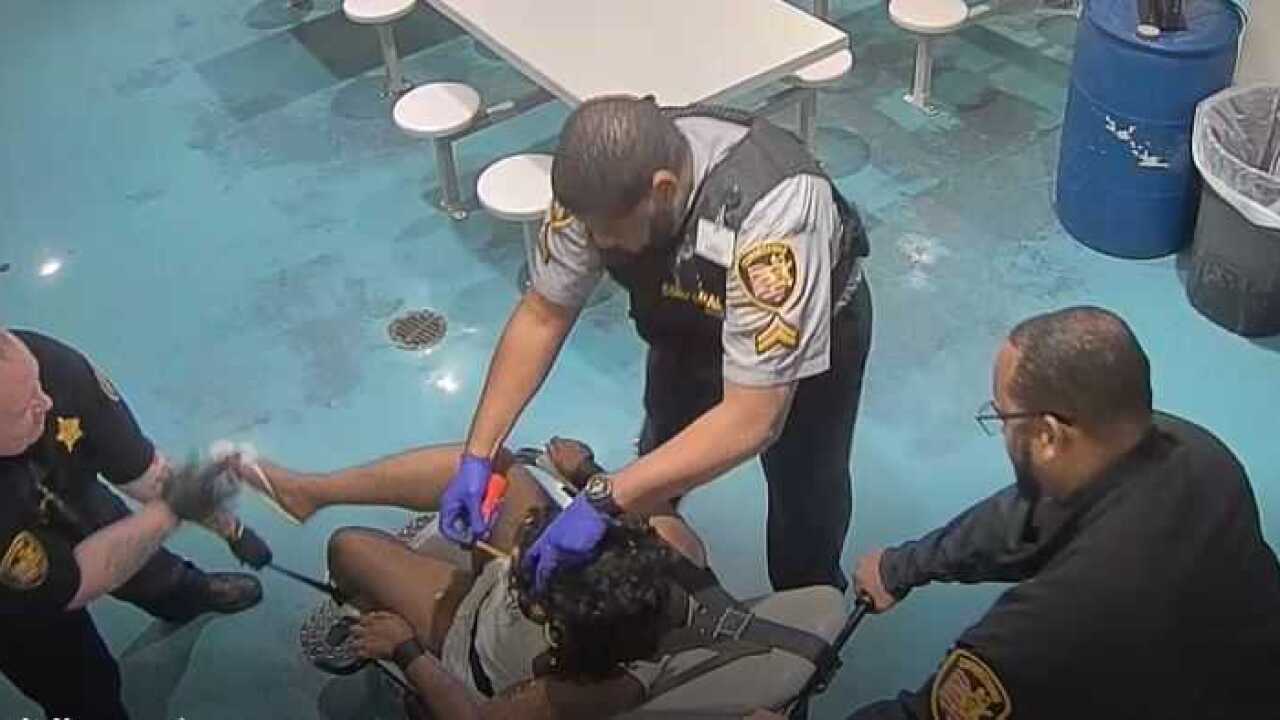 CLEVELAND — Just-released video of a July attack inside Cuyahoga County Jail shows two corrections officers hit and pepper spray a woman who's tied-up in a restraint chair. Those jailers, Officer Robert Marsh and Corporal Idris-Farid Clark were indicted in April and placed on unpaid administrative leave by the county.

"If you watch the video, what you see is what appears to be a ritual of torture to which people were accustomed," said attorney Subodh Chandra. Chandra represents the woman who was booked into the jail on a traffic warrant.

On the video, a jailer appears to escort Chantelle Glass to a cell. The jailer returns a short time later and appears to be talking to someone inside the cell through a door. Chandra says his client was upset and demanding to make a phone call.

"Apparently what triggered the torture was a concern that she had quote, unquote mouthed-off, and they were going to teach her a lesson," said Chandra.

Marsh is then seen wheeling a restraint chair into the area as Clark pulls out a can of pepper spray and begins shaking it. The pair then go to Glass's cell. They walk out with Glass handcuffed. Investigators say she was compliant.

Marsh is then seen on video strapping Glass into the restraint chair. As another officer tips the chair back, Glass's right leg kicks forward. Marsh is seen on the video ducking, but does not appear to get kicked. That's when investigators say he hit Glass in the face. The video shows Clark spray Glass with pepper foam. Prosecutors say he emptied half a bottle into Glass's face from less than a foot away.

"That this is taking place in a civilized city by the lake, is nothing short of shocking," said Chandra.

He says Glass was wheeled out of the room and left in the restraint chair, then returned to her cell, but not allowed to shower for an extended period of time.

November's scathing US Marshal's report on conditions inside the jail found that jailers were not "utilizing all tools and techniques generally accepted as best practices" for use of force incidents. Inspectors also found that in at least one case use of force was used as punishment against inmates.

"I'm a former federal prosecutor," said Chandra, "I think people need to be held accountable for crimes they commit. But we live in a civilized country, a civilized society and civilized city, and there's a certain humanity and decency we expect."

Both Clark and Marsh have pleaded not guilty to the charges against them.

Records show Glass was released from jail two days after the incident.