An exclusive 5 On Your Side hidden camera investigation captured a local tow truck company that’s been accused of inflating prices near one of Cleveland’s most popular landmarks, the West Side Market.

We found it’s happening to drivers parking in the Market Plaza lot located at West 25th Street and Lorain Avenue. The lot is clearly marked with multiple signs reserved for patrons of Market Plaza shops. It explicitly warns that West Side Market shoppers will be towed. 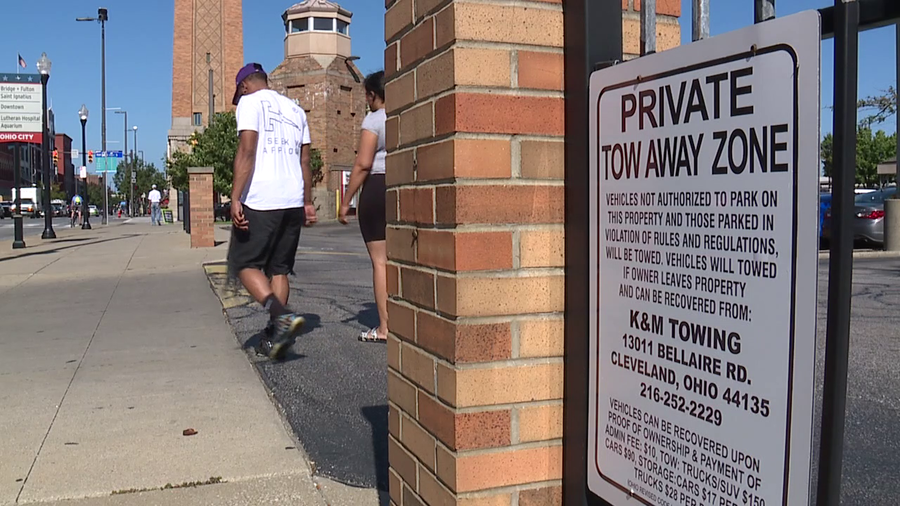 But that’s not what’s raising complaints.

Instead, drivers have complained that K & M Towing charged them more than twice as much as state law allowed — up to $195 for a tow, despite a state law that, prior to June 1, limited the fee to $90 and an $11-per-day storage charge for most cars and vans.

The towing and subsequent complaints mentioned in this report were made prior to the change in state law, which increased fees to $129 for most cars and $17 per day for storage.

We interviewed three drivers who said they were overcharged by K & M Towing. They showed us their receipts.

“I turned around and my vehicle was gone,” one driver, Rabi Greene, said.

She spoke with the K & M Towing’s manager, who she said asked for $194 in return for her car.

Green even called police to intervene.

“The [employee] gets very belligerent with the officer,” she said. “He asks for officers’ badge number and then hangs up on the officers.”

According to a police report, it resulted in the towing company promising “the fee will be lowered…a discount…if she comes in and is civil.”

“They called that a favor,” Green said of the company.

Another driver, Deanna Strohl, said her car was also towed. When she called the company’s phone number, she said she was charged $195 in cash.

“My car was just completely gone,” Strohl said. “I asked them to explain the charges to me and [the employee] wouldn’t, so I felt like these fees were hidden to me. It was very unfair.”

James Tharpe, the new owner of K & M Towing, said he took over the company in June. While he insisted overcharging does not happen since he took over, he said that “mistakes happen.”

“I do things the right way,” Tharpe said. “I was brought up in a Christian family, and if I do something wrong, I try to fix it.”

Tharpe said he worked at K & M Towing as a mechanic for 10 years before buying the company.

We watched for weeks and saw car after car being towed within minutes, as a result of what’s known as a “spotter,” where a person employed by a tow company sits in a lot, watches for violators and, sometimes within minutes of the violator parking and leaving the lot, calls in a tow truck.

In Ohio, the practice is legal.

But in other states, like Maryland, it’s not. It was outlawed there in 2012.

Another driver, who asked to not be named, said a spotter approached him after K & M Towing towed his car.

“I wasn’t exactly sure what happened to it,” he said. “And there was a gentleman that had come out of just a regular passenger vehicle, and he asked me what kind of car I drove…and he mentioned, ‘Oh, we already towed that vehicle.’”

Green said the same thing happened to her.

At a later date, a spotter on the lot told a News 5 producer he did not work for the company, despite our cameras catching him in the act of assisting with the tow minutes before.

The practice of using spotters resulted in a $22 million class-action lawsuit and judgment entered on May 3, 2016 on behalf of motorists, who were towed from a Montgomery County, Maryland parking garage.

Eric Friedman, Montgomery County’s director of consumer protection, said towing relying on spotters “in any other context would be considered a theft.”

He also warned the practice could impact nearby businesses.

The Public Utilities Commission of Ohio regulates towing companies and said it will investigate complaints raised by consumers who said they were overcharged. 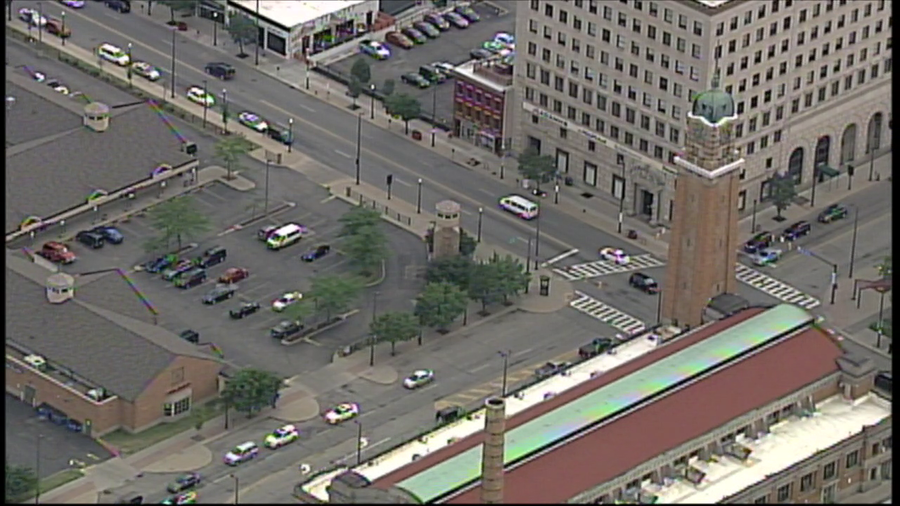