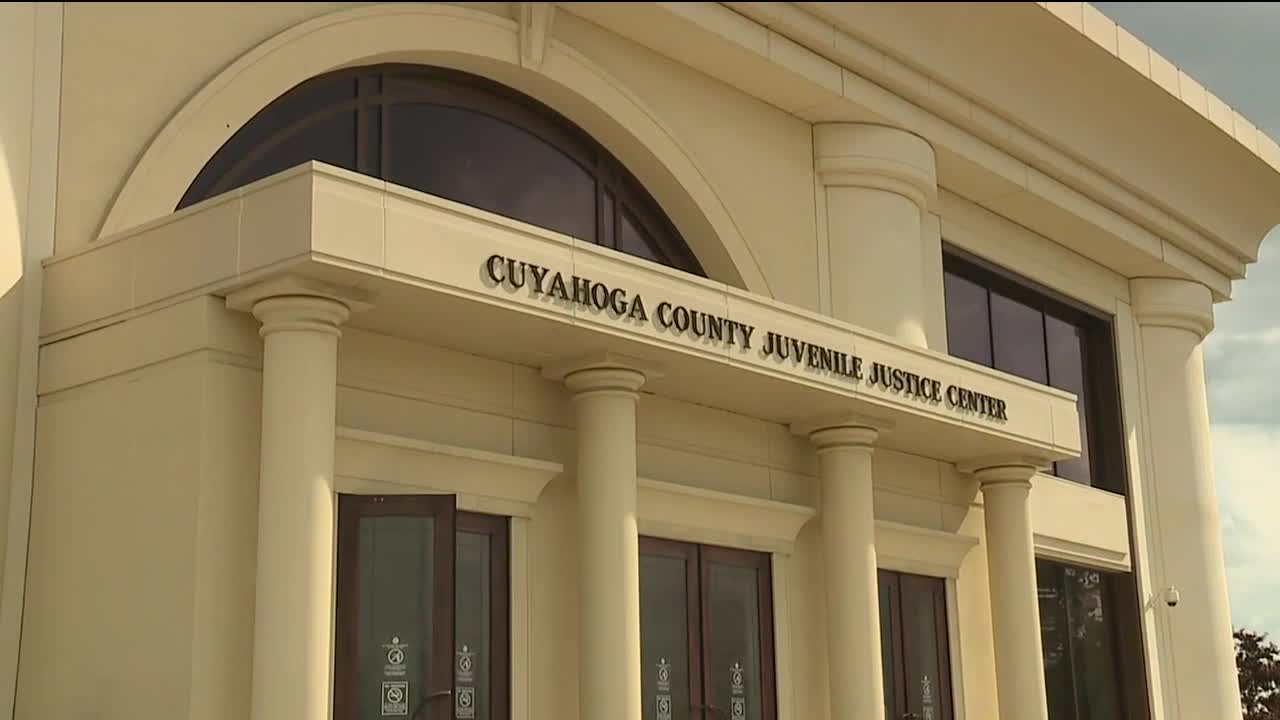 There are more calls for change at the troubled Cuyahoga County Juvenile Detention Center after 5 On Your Side Investigators discovered documents raising serious questions about the whether Juvenile Court is properly screening the people it hires. 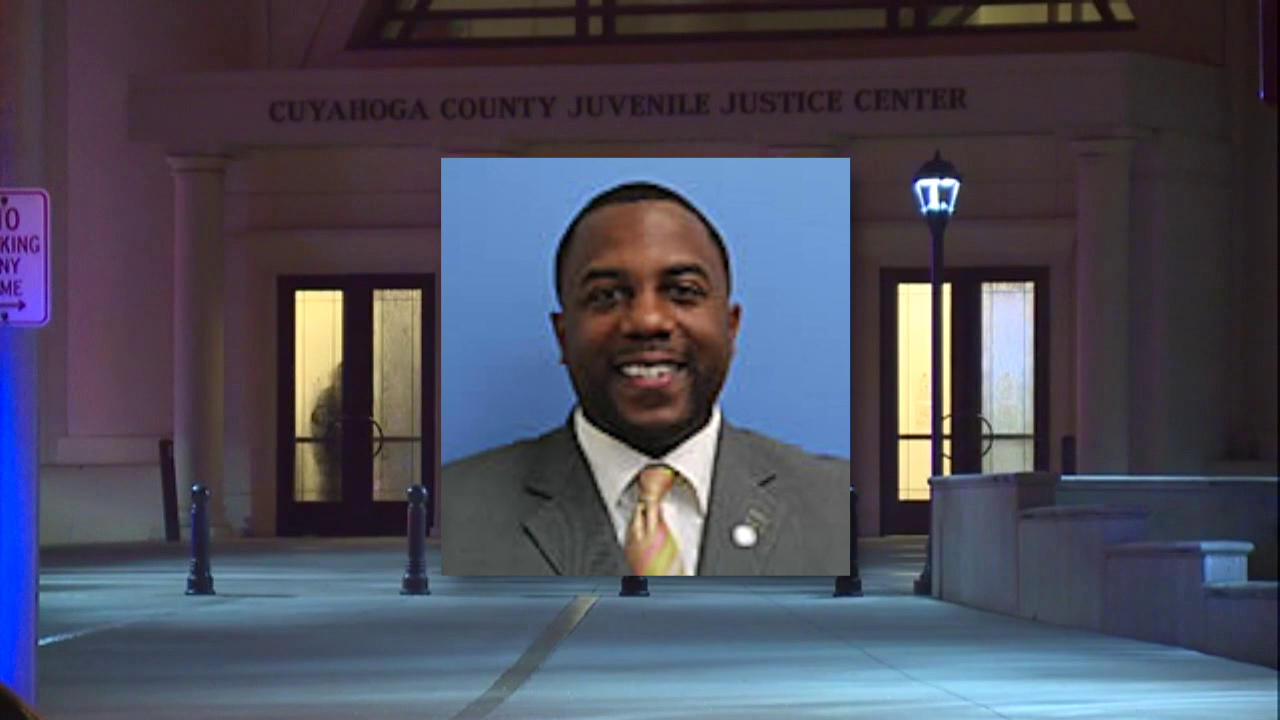 CLEVELAND — There are more calls for change at the troubled Cuyahoga County Juvenile Detention Center after 5 On Your Side Investigators discovered documents raising serious questions about whether the Juvenile Court is properly screening the people it hires.

In April, the Court fired Director of Detention Services Delbert Montgomery less than a year after he was hired following a nationwide search.

He was hired at a critical time for the county’s juvenile jail. Months earlier, teens rioted inside, and the ACLU warned county leaders: “The safety and constitutional rights of those at the detention center are at risk.”

Internal documents show Juvenile Court’s own administrator wrote, “Delbert inherited the detention center when it was in a state of dysfunction.”

“I think folks want a change, are ready for a change and are looking for strong leadership,” said Erin Davies, Executive Director of the Juvenile Justice Coalition. Her organization has been working with Cuyahoga County’s Juvenile Court to make changes inside the detention center. “It was absolutely hoped Montgomery would be that person who could lead that change.”

But after 11 months on the job, Juvenile Court administrators decided he wasn’t. In her termination letter to Montgomery, Sweeney wrote “The information presented a comprehensive and clear picture that the detention center is not effectively operating under your leadership.” Sweeney added, “Due to the many issues existing under your leadership, the facility faces a significantly increased probability that an employee, a visitor or a youth in our care will get hurt.”

Montgomery came to Cuyahoga County after working as Director of the Muscogee County Department of Family and Children Services for Georgia’s Department of Human Services. Records obtained by 5 On Your Side Investigators show Montgomery was fired from his job there in February of 2018.

According to Montgomery’s personnel file, administrators in Georgia cited “continued deficiencies and ineffectiveness in performing his assigned job duties,” and wrote, “His actions have put the safety of our children in Muscogee in danger.”

“Did the Georgia records read a whole lot like his termination from Cuyahoga County?” 5 On Your Side Investigators asked Davies.

“It does seem like it did. Again, the question is, did they have access to that?” said Davies.

A spokeswoman declined our repeated requests for an interview, but in a statement said “The Court did do its due diligence” in Montgomery’s hiring. Spokeswoman Mary Davidson said that included interviewing Montgomery, checking with references, and reviewing Montgomery’s personnel file from Georgia. Davidson claims the copy the Court received was missing the key pages detailing why he was fired.

In a statement, Davidson said, “The Court never saw, nor were we provided the documents you received from the State of Georgia.”

That statement came six days after Davidson told 5 On Your Side Investigators, “This is completely blindsiding us…had we received the information you are speaking of, we would never have hired him.”

“I think that speaks for itself,” said Davies, after hearing the Court’s statement.

There are signs that things got worse for the roughly 100 teens inside the detention center at the facility during Montgomery’s time in charge. After being 100% compliant with all state standards the previous three years, inspectors found Cuyahoga County’s detention center fell short in at least seven key areas and wrote last month that that state would not issue the detention center a certificate of approval this year.

“I think the facility has been in a critical time,” said Davies. “Particularly for the young people, and so I think the criticalness is on-going.”

But 5 On Your Side Investigators discovered Montgomery’s hiring wasn’t the Court’s first questionable one.

In 2017, former Detention Officer Leonor Rivera was fired by the Court after a teen claimed she threw urine on him. In April, the teen’s lawyer said the county agreed to pay a $70,000 settlement in the case.

That wasn’t the first time Rivera was in trouble. Records show two years earlier, Rivera was removed from her job in a state juvenile detention facility after administrators said she broke a number of rules, including bringing contraband into the facility and having an inappropriate relationship with a teen she supervised.

Rivera was allowed to resign, and apparently that was good enough for Cuyahoga County’s Juvenile Court.

In a statement, a spokeswoman wrote, “We did not find anything concerning at the time of hiring.” What she didn’t answer was whether the Court ever bothered to check Rivera’s personnel file.

“If I’m able to get access to something in personnel files, shouldn’t county government be able to get the same stuff?” 5 On Your Side Investigators asked Davies.

“I would think so,” she said. “I just don’t know what their process is and can’t speak for it.”

So we went to the person who could. After several attempts to arrange an interview, News 5 approached Judge Sweeney to ask her about the Court’s hiring.

“I think the court does need to address these concerns being raised,” said Davies. She believes these hires affect the teens in juvenile detention. “I think that has to be the number one priority, what’s best for the young people in the Court’s custody, in that facility.”

A spokeswoman for the Georgia Department of Human Services told us there was no way to know if the records Cuyahoga County’s Juvenile Court were the same ones 5 On Your Side Investigators received after requesting Montgomery’s personnel file.

Montgomery has previously said he believes he was targeted by the Court because of changes he tried to make at the detention center.

Rivera was placed on paid administrative leave after Cuyahoga County accused her of lying on her job application when she was hired to work in the troubled Cuyahoga County jail after her termination from the detention center.