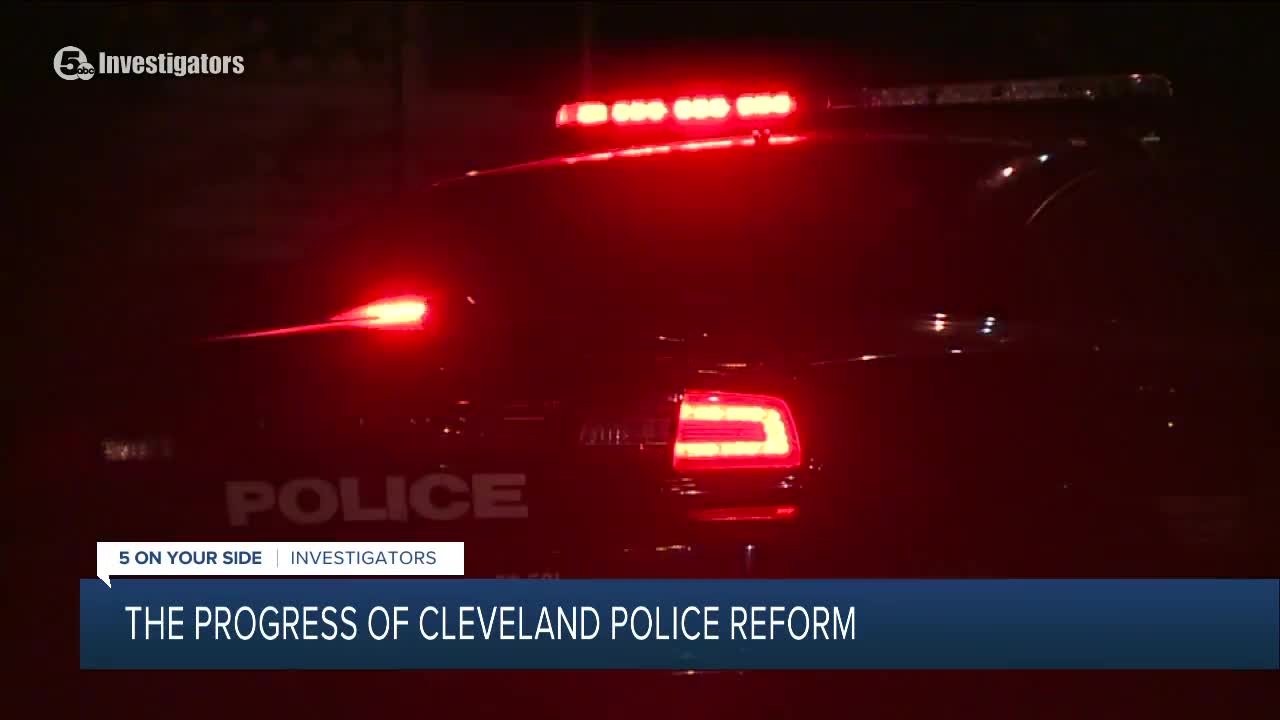 May marks 5 years since the City of Cleveland signed a settlement agreement with the U.S. Department of Justice to allow a federal monitoring team to implement sweeping reforms. Since then, two experts News 5 spoke with said progress has been made, but critical work has yet to be completed.

CLEVELAND — May marks 5 years since the City of Cleveland signed a settlement agreement with the U.S. Department of Justice to allow a federal monitoring team to implement sweeping reforms after a 2014 USDOJ investigation found officers engaged in a "pattern and practice" of excessive force.

Since then, two experts News 5 spoke with said progress has been made, but critical work has yet to be completed.

Knuckles is the pastor of the New Fellowship Baptist Church in Cleveland and the co-chair of the Cleveland Community Police Commission, which was created by the federal consent decree.

"We are certainly working towards improvement, we are seeing some improvement and we hope to see more improvement in the City of Cleveland," he said.

The most recent report by the federal monitoring teams shows use of force incidents have dropped, including a significant decline in the number of officers injured on the job, which can be a red flag for inappropriate force.

The team's 104-page report also said the city has implemented "high-quality training" in a variety of areas and created new policies related to how and when officers use force and interact with the public.

Knuckles also said the Cleveland Division of Police has improved oversight and improved civilian accountability by getting rid of a huge backlog of citizen complaints and hiring additional staff.

“The presence of new policies is not a guarantee that we’re not going to have excessive police force," said Professor Lewis Katz.

Katz has taught law at Case Western Reserve University's School Law for more than 50 years and is also a member of the Cleveland Community Police Commission.

He praised the new city's new policies, but said the city still needs to root out racism, build trust with the community it serves and increase transparency.

"What we need to change in this country is the heart of all Americans. And especially the heart of law enforcement," he said.

Katz specifically mentioned the lack of information related to the high-speed police chase into East Cleveland that killed Tamia Chapman, 13, in December.

"It’s ridiculous to be told that, after five months, it’s still under investigation," he said.

It was another high-speed chase that led the U.S. Department of Justice to investigate the Cleveland Division of Police.

On November 29, 2012, Timothy Russell and Malissa Williams were killed when 13 officers fired 137 shots into the car they were driving after dozens of CDP cars chased them from downtown Cleveland to a parking lot at Heritage Middle School in East Cleveland. The pair were unarmed.

The USDOJ report that followed found CDP officers engaged in a "pattern and practice of excessive force."

The Cleveland Community Police Commission is currently conducting a survey on the state of community police relations in the city.

The next report from the monitoring team is expected to be released in July.